FOTCM Member
It is a very long video, I just look at it by parts.

Here is the résumé about this movie:

To understand 9/11 is to understand COVID-19!
The establishment of a "new world order" by a caste of the ultra-rich for ages is no longer a mystery to an increasingly awake population. Wars have been part of the scenario for a long time and so have the attacks or at least the events presented as such.
September 11, 2001, was one of those extraordinary events that changed the world in terms of security, controls, and a new way of life with less freedom and more intrusion. The parallel is obvious with what we are experiencing today and proceeds from the same strategy. If the 9/11 conspiracy had been exposed, covid-19 would not have happened!

Many films have been made on the theme, with great successes in terms of realization or investigation.
List of films to see here: Ace Baker's film seems to me to be the most original, in the manner of a rock opera, very musical, made with humor despite the subject, but also with documentation and precision, and at the end the most striking in the clear demonstration of the absence of airplanes on the Twin Towers as well as this enormous psychological and visual manipulation undergone by the whole world thanks to the complicity of the media, as for the covid-19

The whole film is to be followed for the 1st time in full VOST (8 parts).
Click to expand... 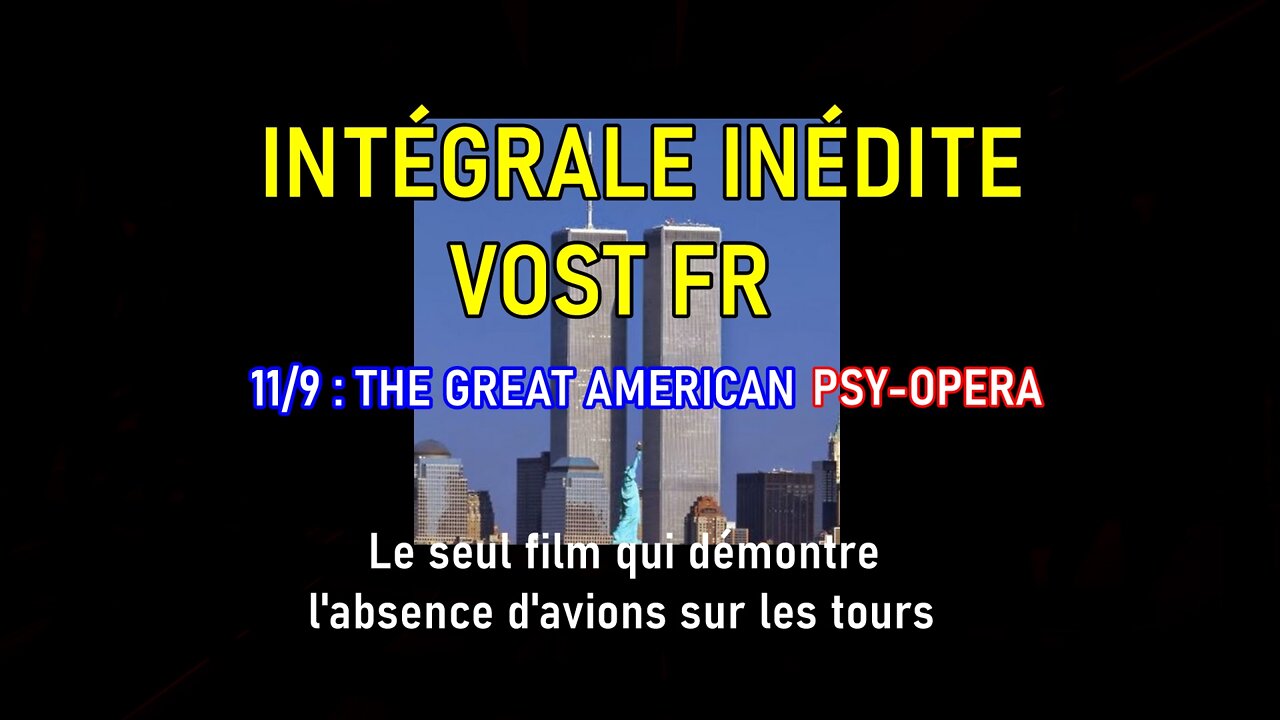 loreta said:
It is a very long video, I just look at it by parts.
Click to expand...

I'm 3 hr 45 min into this video and I'm quite impressed although I have mixed feelings about the musical interludes. The segment on no planes hit the twin towers was convincing and the comparison of the whole op to the War of the Worlds radio broadcast was notable, too. It's still hard to reconcile that so many people were on board with this hoax and that it's still going as actual fact.
You must log in or register to reply here.
Share:
Facebook Twitter Reddit Pinterest Tumblr WhatsApp Email Share Link
Top Bottom