A Crop Circle reported in the U.K.. The circle seems to be very faint like a weak imprint, not very distinctive or clear. Wonder, if it's a fake? 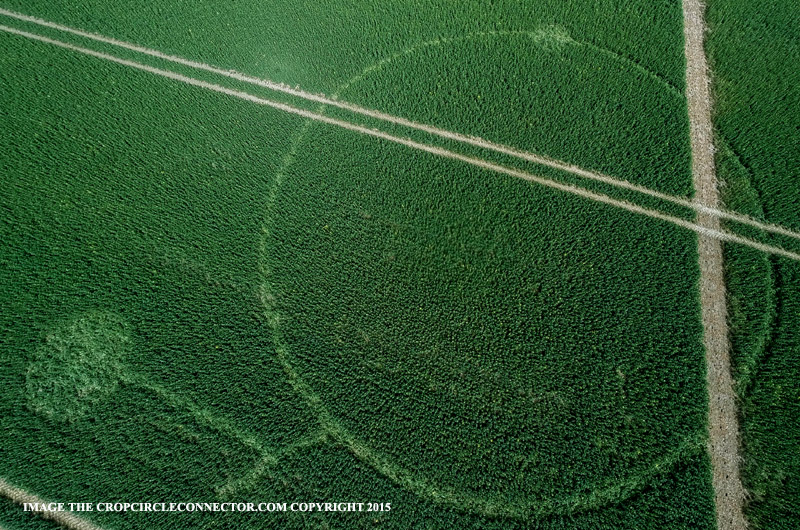 Well, the circle is not perfect, and the lines are also not aligned.
Overall I'd say fake - it's very underwhelming!

Moderator
FOTCM Member
Agree with RedFox - i'm no expert, but what makes it clear for me, is the circles could easily be made with a plank of wood and some string.

FOTCM Member
A question just occurred to me. If this planetary reiki appeared somewhere on the planet OTHER than on an annual grain crop, how would we know?

yes, I think this is a fake one, most of the crop circles I've seen on videos and pictures are very, very detailed and PERFECT....

I don't think--anymore--that real crop circles are all symmetrically perfect either. However, this one's a mess. Next please.

FOTCM Member
and another one http://www.cropcircleconnector.com/2015/Macmillian/Macmillian2015a.html

looks like the crop has recovered somewhat already
A

Happened upon this site and enjoyed the video.

Delve into the Crop Circle phenomenon with a film maker who has visited more than 100 Crop Circles personally.

Crop circles appeared mysteriously in a wheat field in the republic of Adygea over the weekend, to the puzzlement of residents in the southern Russian republic, the Interfax news agency reported Monday.

Photos of the mysterious markings on the local news site 8772.ru show two big circles of completely flat wheat and smaller ones with untouched wheat standing in the center.

“I drove by the field at 9 p.m. and didn't find anything like that. At 5 a.m. on Sunday I came back and the circles were already there,” Anisimov told Interfax, adding that the field's security guards hadn't noticed any suspicious activity overnight.

This is not the first time crop circles have appeared in southern Russia. The unusual markings appeared in a sunflower field on a farm in the neighboring Krasnodar region last year, causing local residents to conclude that aliens must have paid them a visit, local news site Svet Mayakov reported.

The Krasnodar region accounts for 40 percent of all crop circles recorded in Russia, but they are a well-known phenomenon in Adygea as well. Over the last 10 years, crop circles have been registered in the Shovgenovsky, Giaginsky and Maykop regions of the republic, Interfax reported
Click to expand...

It is interesting that the CC have all but disappeared in the UK and other places and if this one and the other one mentioned above are authentic are showing up now in Russia.

Drone video of the CC

Moderator
FOTCM Member
Looking at the video footage, the lines are crooked and not uniform in width. Looks human-made to me.

Nienna said:
Looking at the video footage, the lines are crooked and not uniform in width. Looks human-made to me.
Click to expand...

Agreed. The edges are messy too.

FOTCM Member
I agree, it looks too asymmetrical to be created by the C's, and you can see where the footsteps went around the edges of the circles.
Fail !

Ambassador
FOTCM Member
One of the cleanest crop circles I have seen in a long is the following and from May 30th this year: 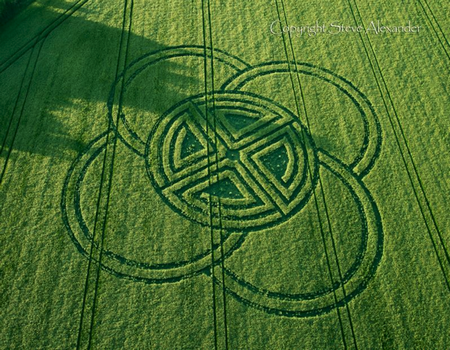 Residents of Adygea, Republic in the west of Russia, a few days they found unusual and very regular shapes in the crop. And this, they say, is not the first case of ...
This is in fact the third such case in 15 years.
Link:
http://rt.com/news/266719-crop-circles-drone-footage/