Damn the US media is a bag of dog dung propagandist and fear-mongers. "Shows how lax the whitehous has been..." We need a permanent fund for suing the media.

herondancer said:
"Donald Trump has tested positive for COVID-19, just a month from the US election on 3 November."

Wonder how long some mole has been planted in the testing lab, just for this moment.
Click to expand...

This could be exploited both ways, so who knows which party will profit the most out of it? An illness could generate sympathy for the president. Or he could get cured fast and then argue that he was right all along about the virus not being that serious. On the other hand, there will be no debates for at least 2 weeks (better for Joe), and the anti-Trumpers will argue that it's his 'karma' for not taking the virus seriously. Personally, I think it's way more interesting how people will spin this than the actual result of the (dubious) test. Oh! The president is sniffing! Whatever.

herondancer said:
Wonder how long some mole has been planted in the testing lab, just for this moment.
Click to expand...

I'll bet $5 bucks (and a small stack of buckwheat pancakes), that it was on Air Force One. 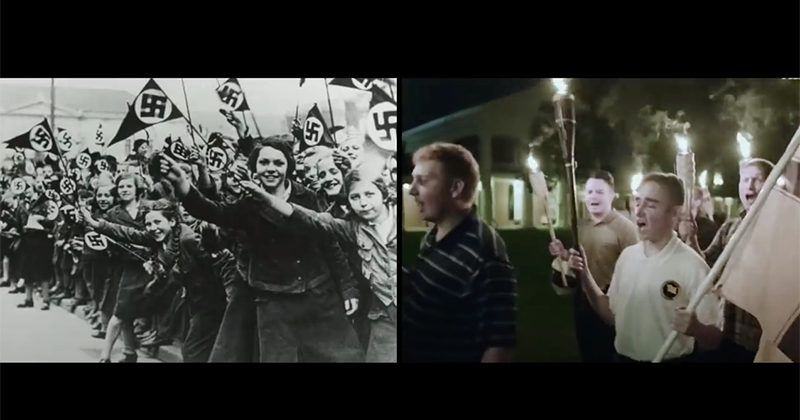 The video, titled “Hate doesn’t stop itself, it must be stopped,” features a split screen with footage of Trump rallies, and by its side footage of nazi rallies from the 1930s.

For good measure, the Democrats threw in images of white supremacists from Charlottesville in 2017, as well as images from the 2018 Pittsburgh synagogue attack.
Click to expand...

“As all of you know the president and the first lady tested positive for COVID-19,” Meadows told reporters at the White House Friday. “They remain in good spirits.”

“The president does have mild symptoms, and as we look to try to make sure that not only his health and safety and welfare is good, we continue to look at that for all of the American people,” Meadows continued.

Meadows said that the president “continues, not only to be in good spirits, but very energetic.”

Meadows said that he spoke to the president “a number of times” Friday morning and that he received “the normal five or six things he tells me to do every morning.”

“He is certainly wanting to make sure that we stay engaged,” Meadows said, adding that “it is critically important” for the doctors “to continue to monitor his health and the health of the first lady.”

“They’ll be glad to provide some updates later today as we look at this,” Meadows said, adding that the White House has “a number of contingency plans in place for this.”

The chief of staff went on to tout the president for “staying committed to working very hard on behalf of the American people.”

“His first question to me this morning was, ‘How is the economy doing?’ ‘How are stimulus talks going on Capitol Hill?’” Meadows said.

Meadows added: “He is going to remain on the job and I am optimistic he will have a very speedy recovery.”

Meanwhile, Meadows said that the White House thought it was “important” to share the news of the president’s positive COVID-19 test as soon as possible.

“In the early hours of the morning, the minute we got a confirmatory test on the president, we felt it was important to get the news out there at that time,” Meadows said. “That’s why we sent out the tweet early this morning."

The president, just before 1 a.m. Friday, tweeted: “Tonight, @FLOTUS and I tested positive for COVID-19. We will begin our quarantine and recovery process immediately.”

He added: “We will get through this TOGETHER!”

The debate moderator compared his performance to being a master chef, ruined by an obnoxious patron.
Click to expand...

Chris Wallace’s performance at the debate was panned by nearly everybody on all sides of the political aisle, including his own network colleagues.
Click to expand... 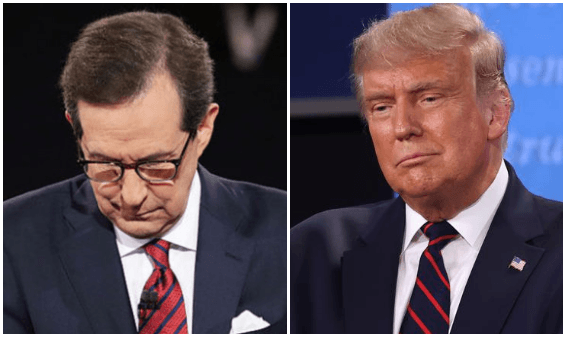 "I never dreamt that it would go off the tracks the way it did."

I just did a post in the Coronavirus thread that relates to this thread as well. I'm not sure if this is how to do this, but I'm assuming I just need to paste in a link to that post.

My post relates an interesting Tarot card reading I just did dealing with possible foul play concerning Trump's testing positive for Covid-19. At the very least, this reading introduces a topic of speculation. And, I think we can all agree that the Dems are not above attempting something like this.

I like Atlas so far and hope takes good care of DJT, who I hope has a speedy recovery for a swift I told you so..
S

Hmmm.. I wonder. Did Trump really get covid 19? Or just a regular cold? Or was the lab result sabotaged? Seems like he might actually be sick if they're reporting minor symptoms. If it really is covid 19.... perhaps this virus will a "positive" effect on Trump, per the C's recent sessions.

OMG! This is unbelievable, so horrible! Are these people capable of anything, probably. I think Trump needs to move to the underground facility. This propaganda is also to divide Americans further, if possible. I was thinking about "their" hubris yesterday and it being their downfall. The mental fixation on being superior to the rest of humanity causes them to be totally blind to how regular people see life and their scumbag activities, the ones that haven't gone mad that is. I guess they think they can fool us still. Look at all they did to fool us about Biden in the debate, it was exposed immediately. Diabolical Dummies... Their hubris will be their downfall according to the C's.

Donald and Melania are no doubt on the Hydroxychloroquine regiment and will be fine. They should have a second test preformed as well. Just thought of something, maybe the covid scare is an excuse to take off for Cheyenne Mt. He said awhile ago, we wouldn't be seeing him for awhile. 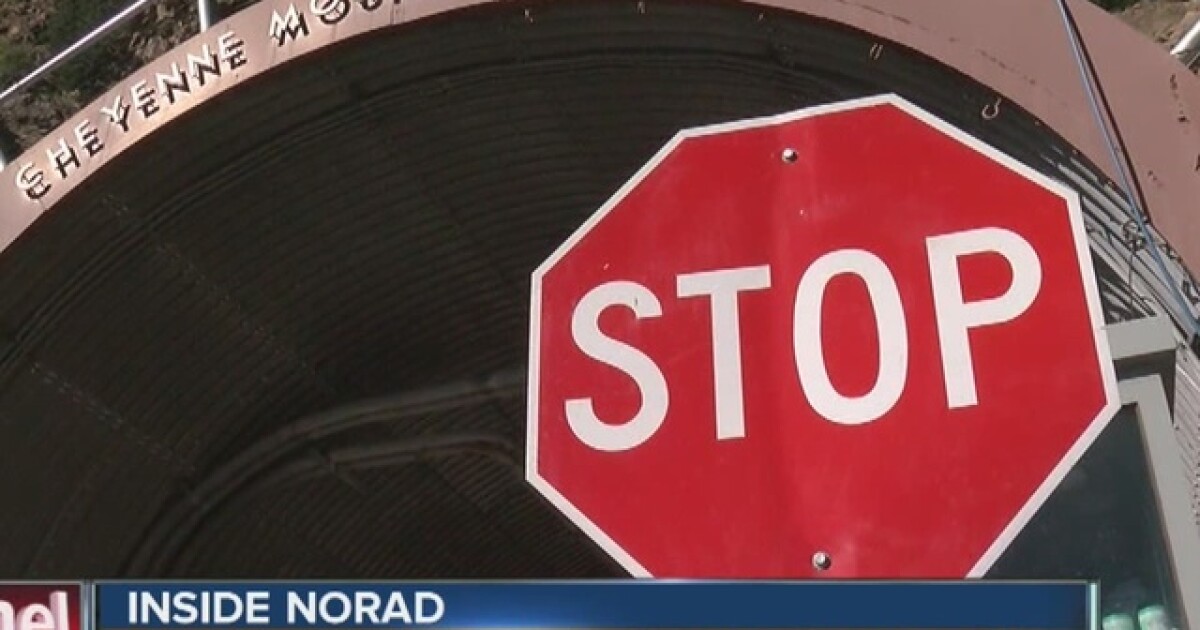 13 secrets of NORAD and Cheyenne Mountain

Maybe youve seen it in movies, or on the internet, now go Colorado's top secret military facility inside a mountain.

Going to the health food store today, there is a big sign at the front door saying there are going to be produce shortages due to the bad weather. Speaking to the check out clerk about this, she said everyones busy with other things to notice, the election/debate is my guess.

Driving out of town a few days ago I noticed the large digital road sign flashed "Get ahead of the storm" then it switched to "prepare an emergency kit". I thought this was a bit ominous as the weather is warm and clear with no storms in the forecast. Warning of a different kind of storm coming? Maybe not, just getting ready for winter which I think will be more severe then last year which was very mild.

FOTCM Member
I told my partner today that Trump will probably be ok as long as he can stay out of the hospital. I guess all bets are off now... 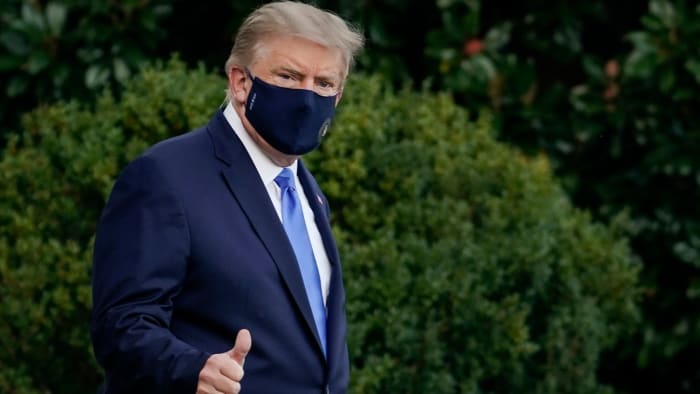 President Donald Trump will spend a “few days” at a military hospital after contracting COVID-19, the White House said Friday.

SummerLite said:
The mental fixation on being superior
Click to expand...

Us ordinary folk are still the basket deplorables as well as being cattle.

Windmill knight said:
This could be exploited both ways, so who knows which party will profit the most out of it? An illness could generate sympathy for the president. Or he could get cured fast and then argue that he was right all along about the virus not being that serious. On the other hand, there will be no debates for at least 2 weeks (better for Joe), and the anti-Trumpers will argue that it's his 'karma' for not taking the virus seriously. Personally, I think it's way more interesting how people will spin this than the actual result of the (dubious) test. Oh! The president is sniffing! Whatever.

There is also the possibility, remote but not impossible, of an assassination attempt using whatever technology the deep state might choose to use, and blame it on covid ("because he didn't take it seriously").

He should have said also: "wash your brain."

mkrnhr said:
There is also the possibility, remote but not impossible, of an assassination attempt using whatever technology the deep state might choose to use, and blame it on covid ("because he didn't take it seriously").
Click to expand...

He's going to Walter Reed now, so I guess they are in control.
J

FOTCM Member
Of course, the "talking heads" are using this as an opportunity to warn us all who have doubted the official science and seriousness of the covid virus to get on board and obey. The timing of this is highly is highly suspicious or at the very least...interesting.
You must log in or register to reply here.
Share:
Facebook Twitter Reddit Pinterest Tumblr WhatsApp Email Share Link
Top Bottom