bjorn said:
A war with China is not on the agenda.
Click to expand...

Another way of saying “war”, when you strip the word of its patriotic and justifying connotations, is “Human Sacrifice”, so if you tweak the above (along with some word-play on the word "with"), you get the following:

“An American lead Human Sacrifice (in tandem) with China is not on the agenda.”

“Insurrectionist Forces” seems to be what’s on the menu this time around, and both empires have their “enemies at the gates” to go to “War” with. The US has the Christians, Pro-Trumpers, and Republicans in their sights (although how this will pan out is still uncertain), while China has Taiwan, Tibet, and Xinjiang in theirs.

And that, at least, IS on the agenda, or that’s how it looks to me from where I am standing.

sbeaudry said:
So... No uprising or false flag today? Interesting. Thought something would happen, based on the crappy flyers. Did I miss it?
Click to expand...

Perhaps the people who might have rose in earnest today took a lesson from the way Jan 6th got played and decided, “F**k this. I’m not getting blamed for whatever those infiltrating antifa motherf**ers decide to do - all the while dressed as us and carrying our flags - intending to sow destruction to be hung on us in the media! I’m not being the next poster boy for their lies.”

Nothing better than having your enemies plan you a party, and you don’t show up. Best way to make the left look stupid? Leave them to run the show all by themselves. Like the Hell’s Angels ran Altamont.

Then all they have are their bad actors. All of whom belong to their side. Eventually it’s gonna occur to someone to say, “Hey, where are all the actual Trump Nation folks at, anyway? There’s 75 million of them. If none of them are here, well that makes me nervous.”

You get the gist!

Fortress Washington Occupied and Militarized by Stephen Lendman (stephenlendman.org – Home – Stephen Lendman) What’s going on in the nation’s capital is unprecedented. Around 25,000 troops, […]

What’s going on in the nation’s capital is unprecedented.

Around 25,000 troops, unknown numbers of secret service agents, other federal security forces, and local police turned the city into a blockaded armed camp ahead of illegitimate transition of power on January 20.

Thousands of heavily armed National Guard troops and other security forces — with orders to use lethal force against alleged threats — guard the city’s perimeter and virtually everything important inside.

Bridges into the city and National Mall will be closed ahead of Wednesday’s transition of power.

At checkpoints, IDs of occupants in cars, no other modes of transport, or on foot entering or leaving the city are checked.

The Military Times reported that “National Guard troops from (virtually all US (states) continue to pour into DC for…security.”

Deployment of troops was authorized for up to 30 days for transition of power preparations, what’s planned for January 20 and its aftermath.

The Washington Post, located in the city on K Street NW, said it’s “closed off like never before,” adding:

“Vehicle traffic in much of the city will be prohibited or limited to residents and businesses only.”

“Metro is shuttering stations in the city’s core and near the Mall.”

“Street closures will continue through Thursday, and are subject to change at the discretion of the Secret Service.”

Mayor Muriel E. Bowser noted the unprecedented interruption of daily life for city residents and businesses while all of the above continues.

Saying “we are in unchartered waters” greatly over-dramatizes preparations for alleged threats that are highly unlikely to happen unless one or more state-sponsored false flags are planned to further vilify Trump and his supporters.

No reported intelligence or other information suggests a serious enough or any threat to warrant over-the-top preparations — notably 25,000 National Guard troops from all states.

No explanation was given for what’s going on at enormous taxpayer expense — other than non-specific remarks.

The best FBI director Christopher Wray would offer was saying the following:

“We are seeing an extensive amount of concerning online chatter — that’s the best way I would describe it — about a number of events surrounding the inauguration” with no further elaboration.

His remark suggested no organized or other planned threat(s) to inauguration day events — likely because there are none expected.

According to one observer who walked around the perimeter of barricades twice this week, it’s nearly impossible for any unauthorized vehicle or person to get anywhere near close to where inaugural ceremonies will be conducted.

At Secret Service discretion, closures, barriers, and other preparations are subject to change.

On Friday, Washington Mayor Muriel Bowser’s remark was an Orwellian shot across the bow for what may be coming ahead nationwide, saying:

“(O)ur entire country is going to have to deal with how our intelligence apparatus, security apparatus at every level deal with a very real and present threat to our nation (sic).”

Her remark indicates a new abnormal for the city that perhaps is coming to the US nationwide.

The only “threat to our nation” is state-sponsored. 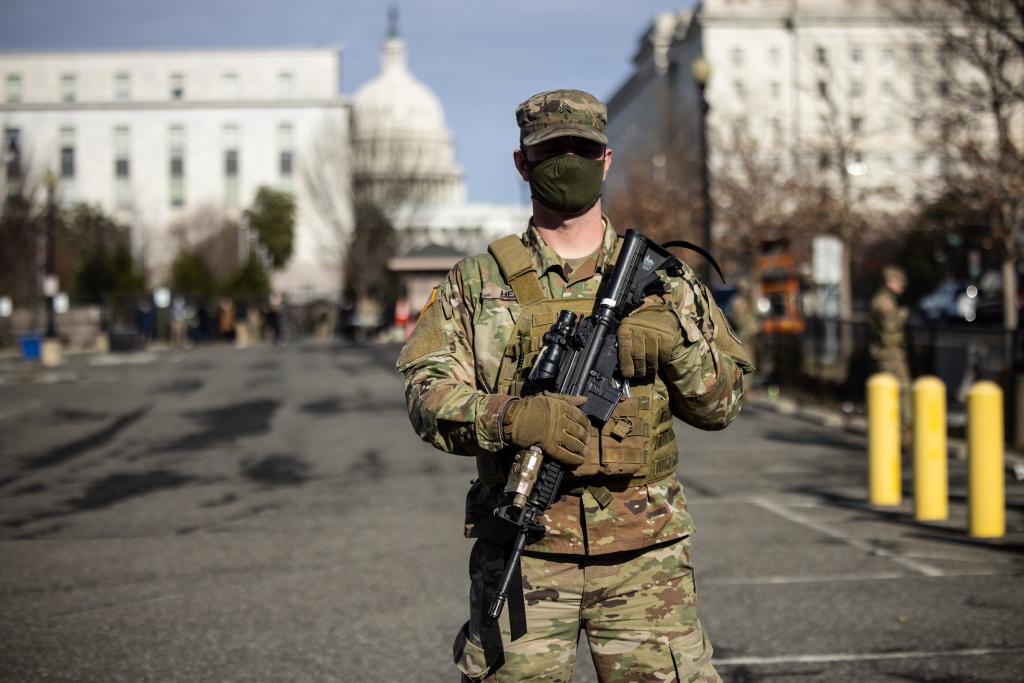 The FBI is vetting every National Guard member stationed in the nation’s capital for Inauguration Day after concerns of a possible attack from within the ranks. The vetting process, spurned by worr…

The FBI is vetting every National Guard member stationed in the nation’s capital for Inauguration Day after concerns of a possible attack from within the ranks.

The vetting process, spurned by worries from defense officials, was confirmed by Army Secretary Ryan McCarthy in an interview with The Associated Press.

”We’re continually going through the process, and taking second, third looks at every one of the individuals assigned to this operation,” McCarthy said.

“The question is, is that all of them? Are there others? We need to be conscious of it and we need to put all of the mechanisms in place to thoroughly vet these men and women who would support any operations like this.”

Officials told the AP the FBI began screening the National Guard troops upon their arrival to Washington, D.C. over a week ago.

McCarthy said that so far no threats have been detected.

The screening of all 25,000 Guard troops is expected to be completed by Wednesday, when President-elect Joe Biden is inaugurated.

In addition to the review, which involves running names of troops through FBI-maintained watchlists, McCarthy said guard members are receiving training to detect potential insider threats.

It might be interesting to attempt to evaluate Trump in terms of Zionism. As per Laurent Guyenot's book "From Yahweh to Zion," since WWII no president in line with the Zionists failed to get re-elected, with LBJ the only exception (I believe) since the Vietnam War rendered him so unpopular. Trump's Middle East policy would seem to fall on the Zionist side of things -- particularly given his son in law's involvement -- and yet this too failed to get him in office for a second term. Or am I missing something relative to the Zionists? Did Trump fail on their terms? If not, why did the Zionist faction of the Deep State fail Trump?

Here's what I wrote on this previously re: Kushner/Trump's negotiations with Israel, UAE, Bahrain, Saudi Arabia (later followed by another nation, I think). These new alliances form a formidable front against Iran, of course, so it's hard to call these "peace negotiations."

Latest Trump tweets. So, we've got the Chinese election interference scenario in full play, with a cc to Ratcliffe and Pompeo. Never heard of this Christian website before, but it has information on here than I've not read before on Trump's 2018 executive order re: foreign interference in...

FOTCM Member
The so called coup in action. It's pure comedy.

FOTCM Member
'It's gonna be noisy.' Armed Protesters Begin To Arrive At State Capitols Around The Nation

Originally appeared at ZeroHedge Update (1918 ET): Heading into the overnight, in a show of force, hundreds of National Guard troops...

sToRmR1dR said:
'It's gonna be noisy.'

Armed Protesters Begin To Arrive At State Capitols Around The Nation

Originally appeared at ZeroHedge Update (1918 ET): Heading into the overnight, in a show of force, hundreds of National Guard troops...

Jeepers that looks interesting. It’s like anyone with a gun and an ideology are at the capitals. I can’t possibly see how this could go sideways fast.

Ambassador
FOTCM Member
Woke up this morning with a notice on my phone from Nextdoor like usual. Neighbors were talking about three large booms. Apparently flashbangs and an intercom saying; "FBI please step forward"

He had posted his activities there on FB stating: "We The People have spoken and we are pissed! No antifa, no BLM... We The People took the Capitol! Every American ethnicity was here. Democratic tyranny WILL NOT STAND! WE HAVE SPOKEN!

Along with pictures of himself at the event. 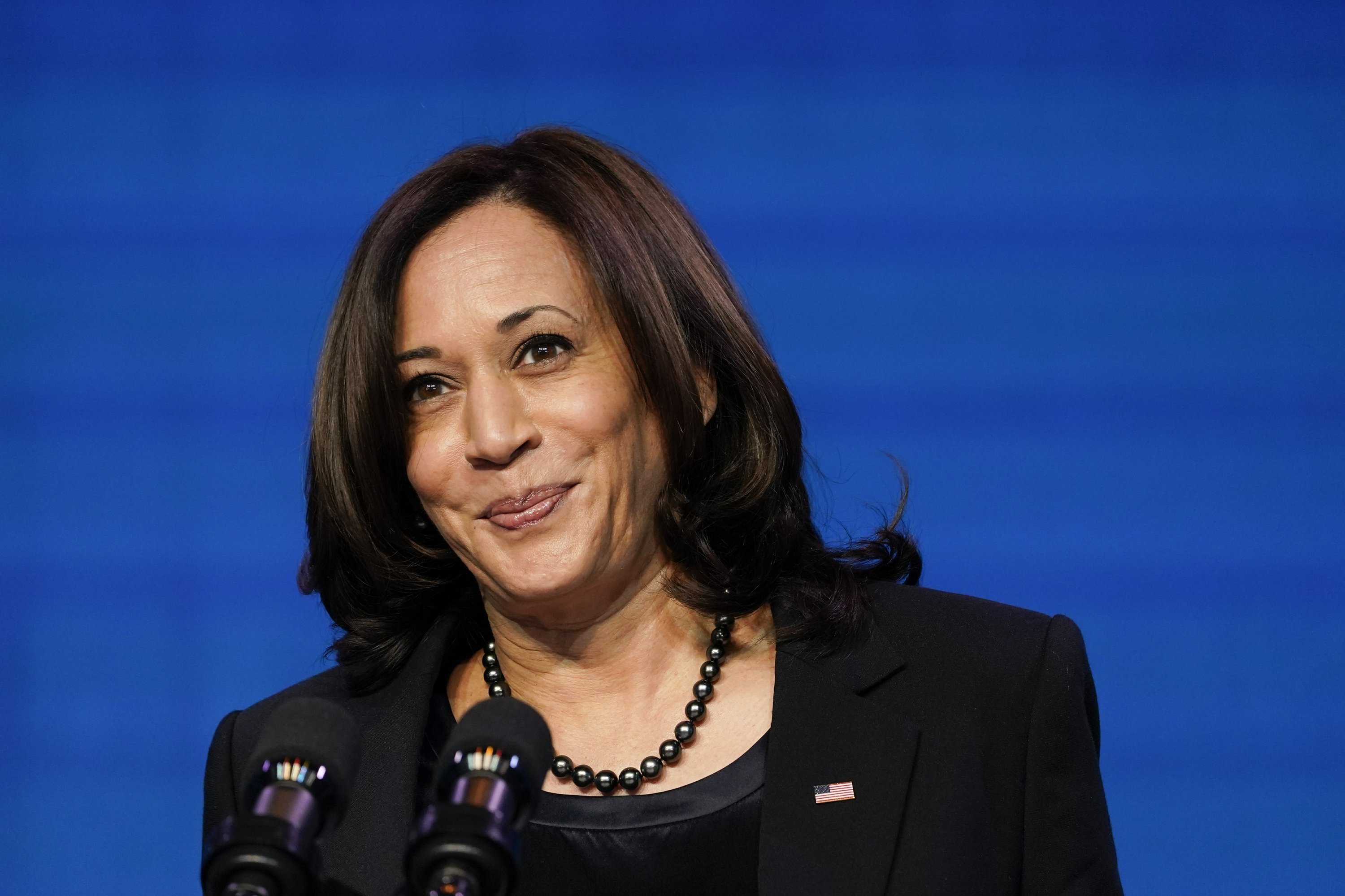 WASHINGTON (AP) — Kamala Harris will make history on Wednesday when she becomes the nation’s first female vice president — and the first Black woman and the first woman of South Asian descent to hold that office.

zerohedge @zerohedge 11:00 AM · Jan 18, 2021·
Visualizing How News Media Is Describing Ihe Incident At The US Capitol

*EVACUATION AT INAUGURAL REHEARSAL DUE TO FIRE BLOCKS AWAY: AP
Click to expand...

FOTCM Member
Warning/disclaimer: - this may be all disinformation, so it needs to be debunked. But if there is anything at all to this, it could be important...

Has anybody noticed a pep in Biden's step recently?

What has he got up his sleeve?

Presumably, source material for both videos originally came from CSPAN's Trump - Biden debate. If this is nonsense it needs to be exposed. However, there could possibly be some signal here. It could be important since they want to inject us with a novel, rushed COVID jab, (if there's some relationship that is). The US Capitol was locked down and inauguration rehearsals interrupted by an “exterior security threat,” as video footage showed smoke rising near the building. However, the fire turned out to be some distance away.

he US Capitol in Washington DC has reportedly been locked down, with Capitol Police issuing a warning over an “exterior security threat” and urging people to seek cover. Video footage showed smoke rising from the building.
Rehearsals for Joe Biden’s inauguration ceremony were interrupted on Monday by an “exterior security threat,” according to loudspeaker messages heard by witnesses. The nature of the “threat” was not immediately apparent, but the building was reportedly locked down, with entry and exit prohibited.

The US Capitol was locked down and inauguration rehearsals interrupted by an “exterior security threat,” as video footage showed smoke rising near the building. However, the fire turned out to be some distance away.

he US Capitol in Washington DC has reportedly been locked down, with Capitol Police issuing a warning over an “exterior security threat” and urging people to seek cover. Video footage showed smoke rising from the building.
Rehearsals for Joe Biden’s inauguration ceremony were interrupted on Monday by an “exterior security threat,” according to loudspeaker messages heard by witnesses. The nature of the “threat” was not immediately apparent, but the building was reportedly locked down, with entry and exit prohibited.
Click to expand...

Hopefully it's nothing, but ...