There were a lot of attempts to kill Hitler(the most famous one was the coup attempt against him on 20th July 1944 and he was just very lightly wounded by the bomb). My question is " Was he protected somehow by Lizards or other STS entities during those attempts to kill him?" So that way he could live longer and arrange more negative energy to them by killing and torturing people.

FOTCM Member
Information from Cs, Hitler was possessed by STS aliens, so, there is some possibility that he was protected by his handlers.

[But, anyhow, Hitler was dead some times later.]

But how does this protection mechanism work? There is really something mystical in that case. He also didn't die in ww1. He seems to be protected many times in his life by something or things. And in spite of all those things, according to RA he could not pass to 4STS. That's also interesting.

FOTCM Member
We can only speculate if there was a protection mechanism at work, and if there was, it probably expired when Hitler had outlived his usefulness.

RA could only come up with a handful of entities (like Gengis Khan) that were polarized negatively enough to make it to 4 D-STS. They were probably evil enough on their own and didn't have to be pushed by higher density beings.

Ambassador
FOTCM Member
If you haven't read it yet, you might be interested in the book "The Psychopathic God: Adolph Hitler" by Robert G. L. Waite discussed in a number of places on this forum the last couple of months. While it doesn't really answer your question, it surely gives a fairly good account of who he was and how he might have come up with some of his utterly crazy ideas. In one part, the author describes a scene in the early life of Hitler, in which a friend accompanied him (after a Wagner concert, if I remember correctly) and saw him acting for the first time pretty much like a totally possessed person, speaking and sounding differently, and as though speaking in front of an audience.

That night after the concert, he was walking with his friend very silently and later on they looked at the stars, and then Hitler began suddenly to be possessed by something that his friend described as almost something else speaking through him. That night supposedly was also the night that some of his "grant plans" got concrete. He also talked about this day later on, as one of the the major turning points in his life.

I'm not through the book yet, but as of now it looks like what the C's said about him might be pretty accurate. Since there is no electronic version of the book available, I can only describe it from memory at the moment. So a few things could be mixed up above.

FOTCM Member
I think also to remember that Laura mentioned that Adolf hung around grave yards at an early age. And so then, (as mentioned), the possible beginning to the 4dsts link and or possession. 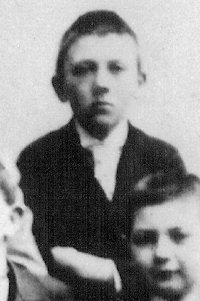 But now at home, tragedy struck. Adolf's little brother Edmund, age 6, died of measles. Adolf, the boy who loved warplay and its 'pretend' death now had to confront genuine death for the first time. It seems to have shaken him badly.

To make matters worse, the little boy was buried in the cemetery next to their house. From his bedroom window, Adolf could see the cemetery.

Years later, neighbors recalled that young Adolf was sometimes seen at night sitting on the wall of the cemetery gazing up at the stars.
Click to expand...

Thanks for your answers. I will have a look at those things. I always felt that that there was always something mystical about Nazi Germany or Hitler. I search for knowledge about this issue from my elementary school age. When i was child and i saw him on a history document on the TV, i felt immediately something mystical about him and there were really some paranormal things in that case but i could realize only till some boundaries. It did lead me to read stuff about ww2 a lot and in my opinion he is also very alike Saruman in Lord of the Rings. A good voice to hypnotize people, a good (German) technology to invade lands and superior race theory which is similar to strong Uruk-hai race.


Majisyen said:
(...) I always felt that that there was always something mystical about Nazi Germany or Hitler. I search for knowledge about this issue from my elementary school age. When i was child and i saw him on a history document on the TV, i felt immediately something mystical about him and there were really some paranormal things in that case but i could realize only till some boundaries. (...)
Click to expand...