These two are adorable!
Does it seem like Cross species buddies are becoming more prevalent?
Dogs used to chase cats and birds, now, they adopt them and make little strange families.

The link to the full article has several videos of these two in action, and the bird is so bossy and really gives this dog lots of teasing and heckling, yet they are obviously bonded and buddies.

October 25, 2021
A rescued bird began to ‘bark’ and ‘howl’ like a dog to maintain a friendship with a pit bull.
Known as the ‘Australian magpie,’ the bird of the Artamidae family (a distant relative of the crow) has built an unlikely brotherhood story with the animal, and now they have become Instagram’ pet celebrities.
The Australian magpie was named Molly shortly after being rescued in September of last year. She was found by Peggy, a pit bull from Queensland, southwest Australia.
Assisted by her guardian, Juliette Wells, 45, Peggy took care of the bird until the two became inseparable friends—to the point that Molly now barks at her mate! 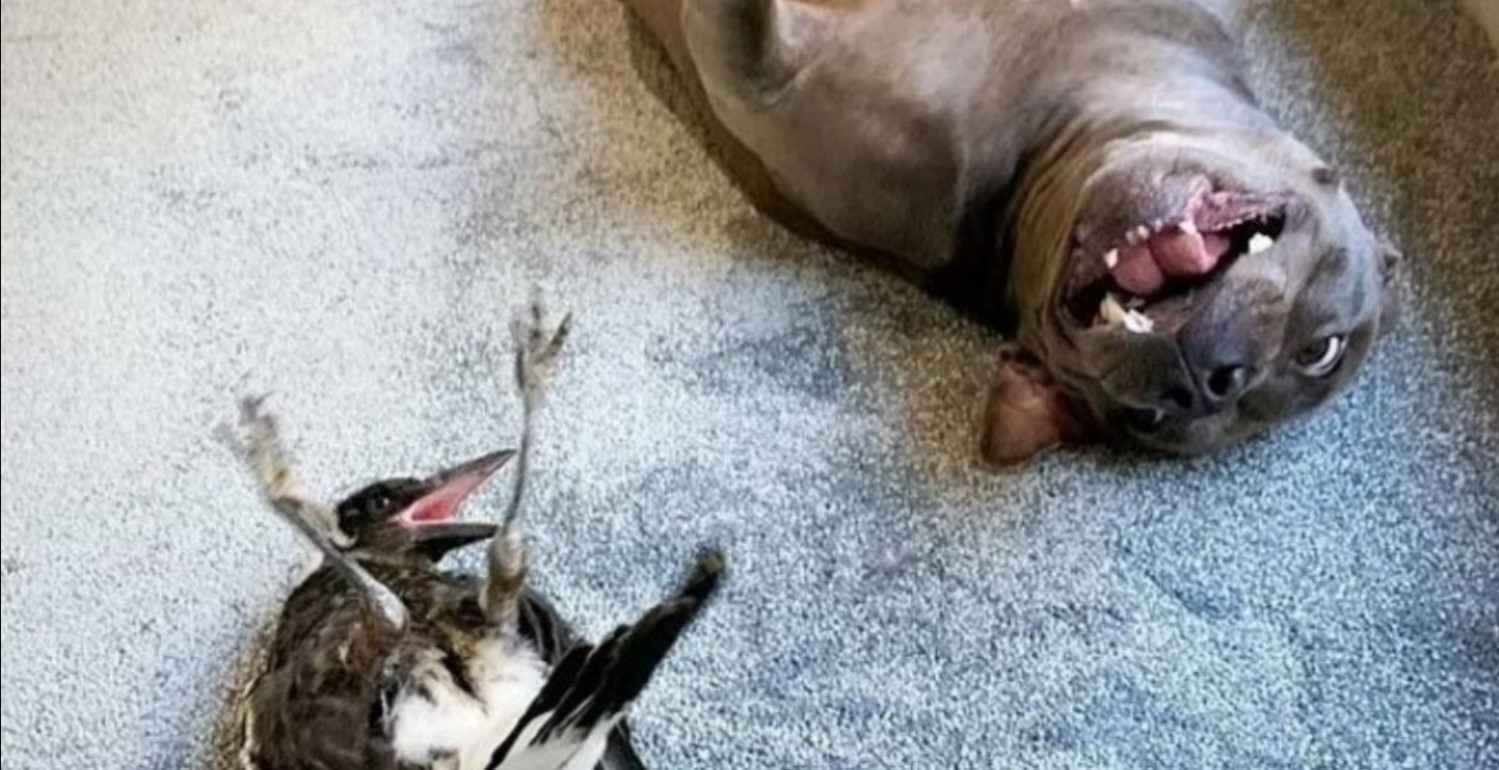 VIDEO : Rescued bird befriends pit bull bitch and begins to 'bark' to maintain a friendship with her

A rescued bird began to 'bark' and 'howl' like a dog to maintain a friendship with a pit bull.
pitbullworld.net

FOTCM Member
Haha, that barking! I love Australian magpies :) We're good friends with the ones around here. Our dog was playfully chasing one yesterday, like she'd run to it and it would hop along the ground a way, then she'd run again and it would hop away again.. my girlfriend was telling me how they rescued a baby magpie once when she was a kid, and it became friends with their dog.. It'd be perched on the side of his bowl and they'd both be eating the dog food together. It didn't learn to bark though!

Mama mia, what a beautiful (and funny) photo... absolutely fantastic !

What a story 😍🥰💕 (I was searching for the thread with images of our 2D animal friends, couldn't find it, but bumped into this little story I had not seen or read about before.

I am going to save that photo, so I can look at it - because it makes me smile really wide every time I look at it 🥰 It is like an ice breaker. It cracks the ice which sometimes surrounds my heart in these absurdly crazy times of 2022 when reading about the underpinnings behind the circus.

Welcome back to Instagram. Sign in to check out what your friends, family & interests have been capturing & sharing around the world.