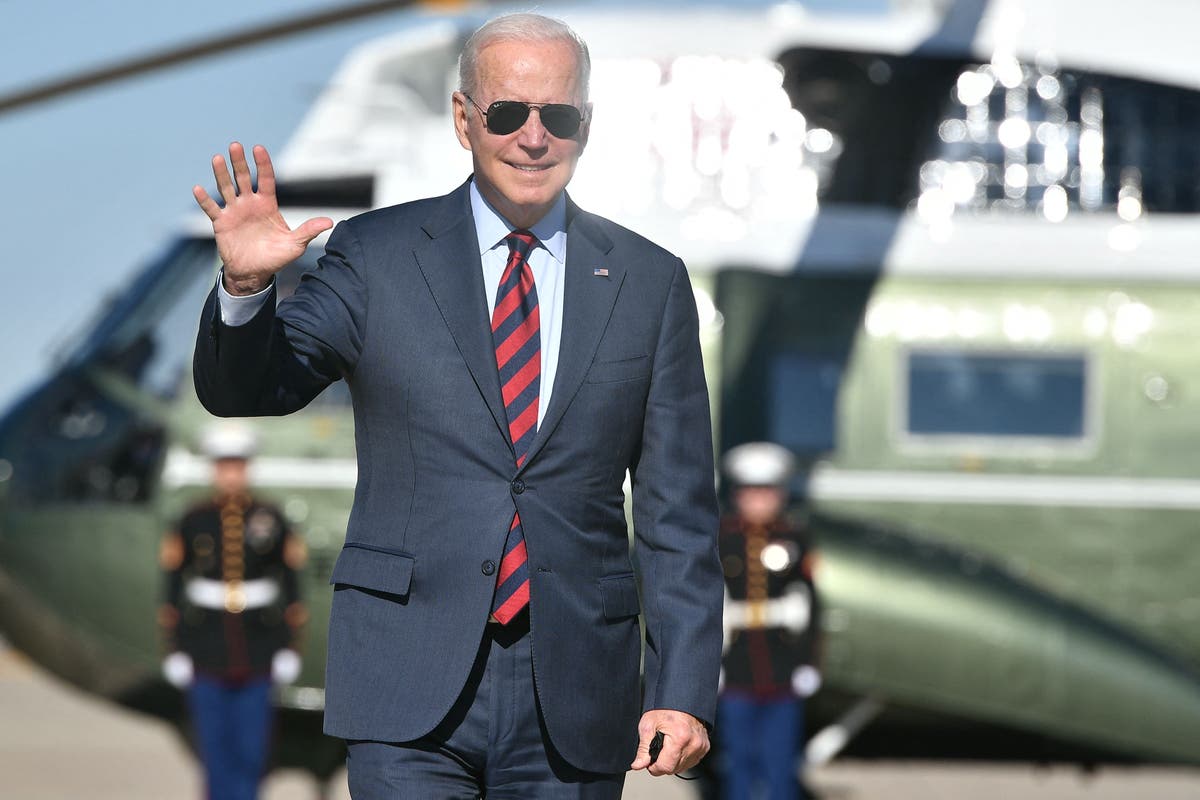 Joe Biden will undergo a “routine colonoscopy” today, during which time Vice President Kamala Harris will serve as acting President of the United States.

Mr Biden has to transfer power to Ms Harris as he will be anesthetised during the procedure. There is a small risk anytime someone is placed under anesthesia that they will die from complications with the gas. As such, Mr Biden must transfer power prior to his visit.

White House Press Secretary Jen Psaki spoke to reporters about Mr Biden’s hospital visit, noting that it was not an emergency and that it was not the first time a president had undergone the procedure.

“As was the case when President George W. Bush had the same procedure in 2002 and 2007, and following the process set out in the Constitution, President Biden will transfer power to the Vice President for the brief period of time when he is under anesthesia,” Ms Psaki said. “The Vice President will work from her office in the West Wing during this time.”


Live updates at the link below :-

So happy about this verdict! Even though the protests here will probably be bad I don't care. Finally some justice.
Last edited: Nov 19, 2021
S

I had been listening to this case and commentary all week along - what a rollercoaster.

The entire establishment came down on this kid from the start, lets see if I can summarize...
-The State of Wisconsin filed multiple murder/assault charges before local police were able to retrieve shell casings from scene.
-State sets bail at 1 million dollars. Ups it to 2 million dollars after crowd funded campaign is a success.
-GoFundMe and PayPal ban donations to Kyle's legal fund.
-Facebook and Twitter ban posts that show support for Kyle.
-Multiple high level politicians come out and accuse Kyle of being a violent white supremacist.
-Facts misrepresented in MSM (Kyle crossed state lines while armed, it's a crime for a 17 year old to open carry a long riffle)
-Prosecution questions Kyle's right to remain silent (5th amendment right) on the stand, almost triggering a mistrial with prejudice.
-Prosecution provides an edited video to the defense, it was lower resolution and cropped, in attempt to say Kyle provoked the attack by Rosenbaum by pointing his riffle. The prosecution had a high resolution video but did not provide it to the defense.
-MSNBC caught following the Jury bus in a possible attempt to Dox them - jury tampering is a felony.
-Possible "Mask-nazi" on the Jury who was the last hold out (rumor, not confirmed), was also the Jury foreperson.

Really? The entire power structure acted together to convince Americans that this kid was in the wrong - while the readily available video evidence and eye witness accounts showed a clear cut case of self-defense. As if to say: When our violent left Goon Squads come out you better hide in your house, you don't have the right to fight back - otherwise you're a "violent white supremacist" - Ridiculous! And I'm sure now they'll use this case to say, "See?! the system is broken! We must break it down and rebuilt it". Forget the fact that all 3 aggressors were (((white))). I dunno man - Clown World has been so intense these last two years it feels good to see some level of objective reality to be restored on a broader stage. Feeling pretty good. Guess I'm gonna light up tonight. Maybe go buy myself an AR15 I've been wanting for a while...
S

Pretty sure it's edited and from a soccer game - but I get the sentiment.

'Understand the facts before you make a statement': Kyle Rittenhouse tells Biden to go back and watch his trial before 'defaming' his character

During an interview Monday on "Tucker Carlson Tonight," Kyle Rittenhouse rehashed his arrest and trial with Carlson and chastized President Joe Biden for calling him a white supremacist.

"Mr. President, if I could say one thing to you, I would urge you to go back and watch the trial and understand the facts before you make a statement," Rittenhouse said.

When Carlson said it's not a "small thing" to be called a white supremacist, Rittenhouse responded, "It's actual malice, defaming my character, for him to say something like that."


Carlson and Rittenhouse were referencing a clip tweeted out by Biden following a 2020 election campaign debate between himself and former President Donald Trump.

Fox News anchor Chris Wallace asked Trump during the debate if he was willing to condemn white supremacist and militia groups like those in Kenosha and Portland, according to The Hill.

While Trump did not condemn white supremacists and militia groups, he told Wallace that political violence was a left-wing problem and then told members of the Proud Boys, an alt-right white nationalist group, to "stand back and standby."

US President Joe Biden’s approval rating has hit a new low, a new poll has revealed, despite the administration’s effort to engage in damage control less than a year into office.

herondancer said:
Good lord, Vodka Nan is really going down hill in this barely comprehensible presser about the infrastructure bill:


https://twitter.com/i/web/status/1456631801271574534
I listened to the whole thing, and she holds it together for 26 minutes, but the clip above from towards the end shows her starting to feel strained and getting glitchy.
Click to expand...

Porky Pig ( no offense to Porky!) has nothing on this lady! WTF?! 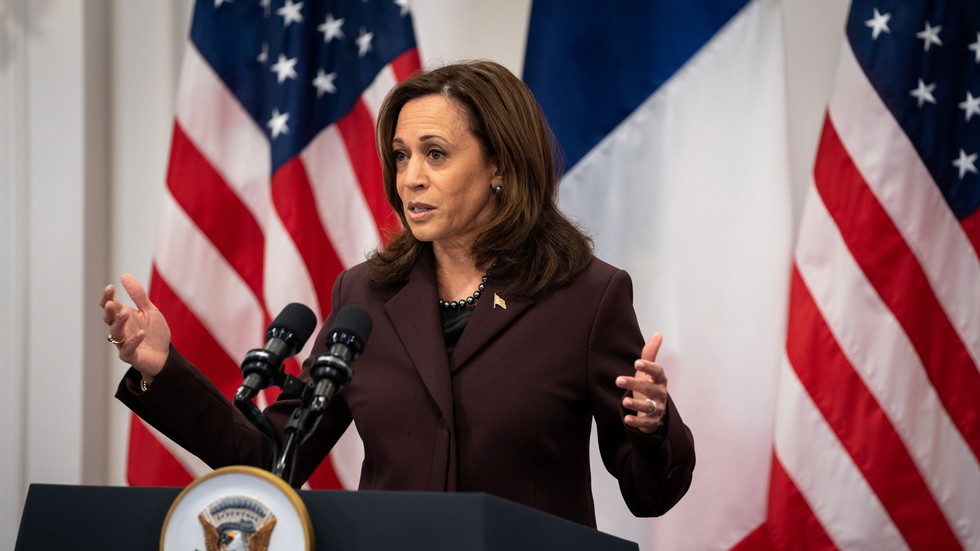 Vice President Kamala Harris is losing her communications director Ashley Etienne. The former adviser to senior Democrats is leaving the White House after reports of tensions between the VP and President Joe Biden. 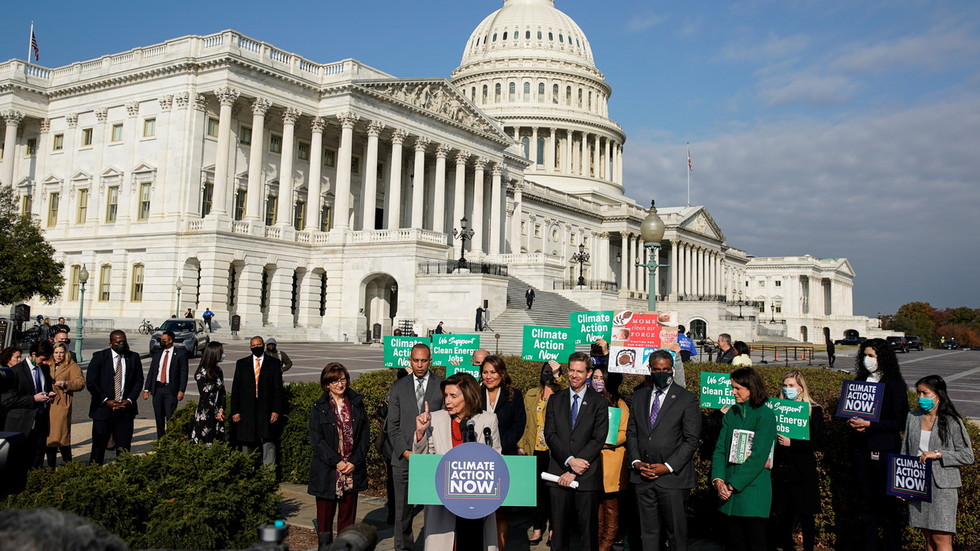 If Democrat policies are so popular, why are so many of them quitting politics?

This week, Democrats in the US House and Senate will once again take up the mantle of trying to pass more legislation that both common sense and logic tell us Americans don’t want.

'It is definitely sinking ship.' On 18 November, amid rumours of tensions between US President Joe Biden and US Vice President Kamala Harris, multiple US media outlets reported that Kamala Harris' Communications Director Ashley Etienne was set to leave the VP's team in...

FOTCM Member
I believe this. Biden is hiding from the troops. Just wait when they turn against him when he commands them to take back the South.