As per usual don't expect much from those who drunk the covid Kool-aid, taken a litmus test amongst some jabbed friends about the whole thing and they 100% believe Russia is an evil country and are buying into the whole narrative without considering that war will have dire consequences and probably result in Europe being flattened by all the bombs and missiles resulting in millions (including most of them!) dying.


In short, we yet again find ourselves in the minority here and the governments can pretty much start a war (in defence of course) with the support of the civilian population in most European countries. I'll call it now, I am not enlisting. Can already see the posters and the shaming.

After the covid hoax, why should they believe Russia is the aggressor? This is part 2 of the lesson. Stop believing the lies.

Putin has checkmated the Empire in the Middle East (intervention in Syria). Now he is about to checkmate the Empire in Europe. I have great confidence that this will all turn out positively.
H

The West promised not to expand NATO ​

A newly discovered document from March 1991 shows US, UK, French, and German officials discussing a pledge made to Moscow that NATO would not expand to Poland and beyond​

“We made it clear to the Soviet Union – in the 2+4 talks, as well as in other negotiations – that we do not intend to benefit from the withdrawal of Soviet troops from Eastern Europe,” the document quotes US Assistant Secretary of State for Europe and Canada Raymond Seitz, “NATO should not expand to the east, either officially or unofficially."

“We could not therefore offer Poland and others membership in NATO," West German diplomat Juergen Chrobog added.
Click to expand...

I recall looking at this question some years ago when it was a hot topic (it comes and goes). What I found then was a 2009 article by

The various players involved have different versions of events. Of course there was a promise not to expand NATO "as much as a thumb's width further to the East," Mikhail Gorbachev, the Soviet president at the time, says in Moscow today. However, Gorbachev's former foreign minister, Eduard Shevardnadze, speaking in the Georgian capital Tbilisi, says that there were no such assurances from the West. Even the dissolution of the Warsaw Pact, the Eastern military alliance, "was beyond our imagination," he says.

For years former US Secretary of State James Baker, Shevardnadze's American counterpart in 1990, has denied that there was any agreement between the two sides. But Jack Matlock, the US ambassador in Moscow at the time, has said in the past that Moscow was given a "clear commitment." Hans-Dietrich Genscher, the German foreign minister in 1990, says this was precisely not the case.
Click to expand...

NATO's Eastward Expansion: Did the West Break Its Promise to Moscow? - SPIEGEL ONLINE

Russian President Dmitry Medvedev has accused the West of breaking promises made after the fall of the Iron Curtain, saying that NATO's expansion into Eastern Europe violated commitments made during the negotiations over German reunification. Newly discovered documents from Western archives...

I won't get into my reasoning as to why, but what Shevardnadze said is a lie but there is no way in the world the Soviets wouldn't have discussed the question of NATO expansion once the wall came down. To think otherwise is wishful thinking and naive.

After speaking with many of those involved and examining previously classified British and German documents in detail, SPIEGEL has concluded that there was no doubt that the West did everything it could to give the Soviets the impression that NATO membership was out of the question for countries like Poland, Hungary or Czechoslovakia.
Click to expand...

So a better question is why didn't Gorbi the Democrat demand a signing of a document stating the condition for withdraw of Soviet troops ??? And here we get in the mystery of strange behaviour of seasoned diplomats who were not children.

@Tycho you have quoted part of the article (shown in italics above) blending it with my commentary.
May I ask which part of it you consider as 'bullshit'?
Click to expand...

the part that the contractual agreement between Russia and US stating the the US does not setup bases in ex-russian/warsaw pact territory would be a secret. This had been their main demand before withdrawing troops from east germany and other warsaw pact states. Which had been violated by US/NATO ever since...

How naive one must be to buy into this? This is fascinating.

How naive one must be to buy into this? This is fascinating.
Click to expand...

Same playbook as Covid: They keep predicting things, get it wrong, and then predict the same thing again. Will this also go on for 2 years? This presents a good opportunity for people to learn who the real aggressor is.

FOTCM Member
It is striking how flawlessly the fear of COVID transitions to the fear of war. I guess many people again need a few months/years to figure this one out. The ''Covid cases'' are replaced with ''War will start any day now'',

When CS said programming is complete, we can see what they meant, covid situation just revealed all of that to us.
Many people can and will buy anything what is told by mass media, no questions asked.

I just saw on RT that the US is warning its citizens in Russia to plan an evacuation from Russia due to the threat of potential terror attacks in Moscow and St. Petersburg. Perhaps a veiled threat of US sponsored terror attacks against Russia if they don't back down?

EdgeofDawn said:
I just saw on RT that the US is warning its citizens in Russia to plan an evacuation from Russia due to the threat of potential terror attacks in Moscow and St. Petersburg. Perhaps a veiled threat of US sponsored terror attacks against Russia if they don't back down? 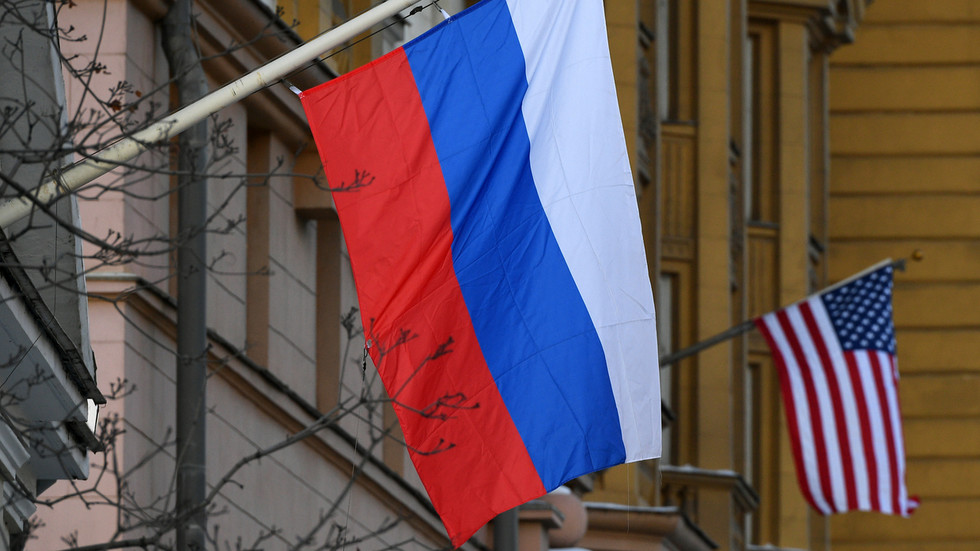 US tells citizens in Russia to prepare ‘evacuation plans’

The US embassy in Russia has warned Americans that Moscow and St. Petersburg could suffer an “attack,” citing unspecified “media sources”

Looks that way. There's also this apparently but don't know what it means

Ambassador
FOTCM Member
Some reading here may recall Russell 'Texas' Bentley from some of the older SOTT.net articles, like this one: 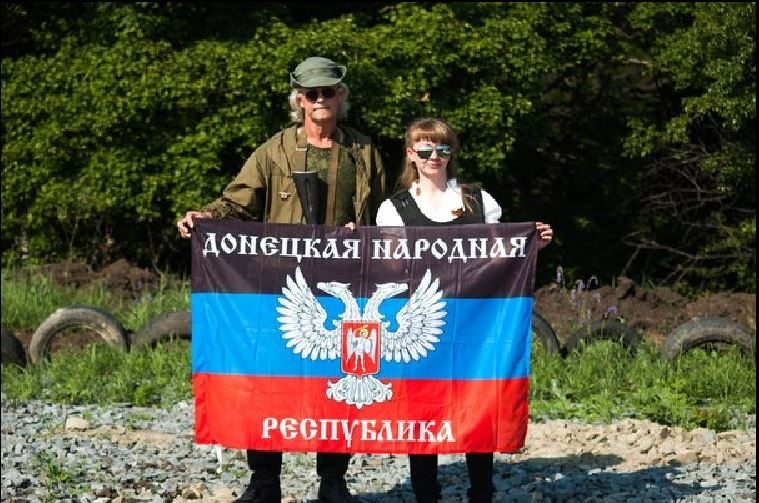 Letter to the American people, from an American volunteer with the Donbass rebels -- Sott.net

An opportunity and a warning. The choice is yours To My Family and Friends, and All Good People of the USA, You may not know it yet, but the world changed on March 1st, 2018, an old era was ended, and a new era begun. In very great part, the...

Have not heard from Russell lately, although in truth have not looked. Here is Russell a little over a month ago (and things have changed since his article), which is interesting to read based on his knowledge on the ground. 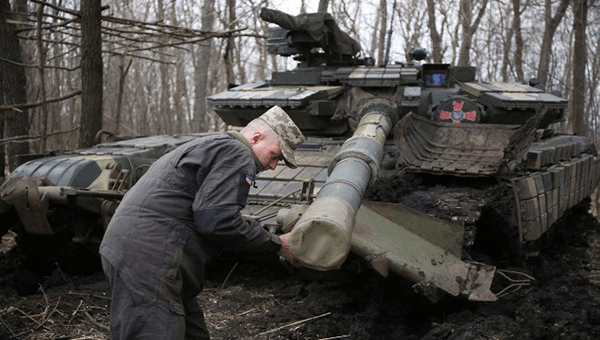 U.S. and Ukraine are already secretly preparing for the all-out war with Russia that they intend to make happen.

U.S. and Ukraine are already secretly preparing for the all-out war with Russia that they intend to make happen.​

[A Texan who enlisted as a freedom fighter in eastern Ukraine, author Russell Bentley claims that Biden administration war hawks and neo-Nazi Ukrainian officials are plotting a “false-flag” chemical warfare attack to blame on Putin as a pretext for declaring war.—Editors]
[...]

Russian Defense Minister Sergei Shoigu reported on reported on December 21st that 120 U.S. mercenaries received deliveries of chemical weapons in the Ukrainian occupied frontline cities of Avdeevka and Krasny Liman for use in a possible false-flag attack that could be blamed on Russia.

Press Secretary of the DPR Defense Ministry Eduard Basurin confirmed that Ukraine had received several batches of toxic substances, botulinum toxin and an antidote to it from the U.S.

Various types of chemical weapons were brought to Ukraine. In October, one of the shipments contained an antidote against botulinum toxin. In November, the chemical itself was delivered. It can be used with grenade launchers. The weight is small. It can be dropped from drones, and Ukraine has been using shock drones all the time lately.
In addition, “Another container weighing 300 kilograms was delivered to Mariupol by sea, where there was a chemical warfare agent—dibenzoxazepine, which is used in the form of an aerosol.”

In the southern sector of the Front, near Mariupol, citizens of the frontline village Granitnoye have reported Ukrainian soldiers in full chemical/biological protective suits unloading containers.

These reports do not bode well for a peaceful settlement of the conflict in Ukraine which threatens to expand into a full-fledged war involving the U.S. and Russia.

The reports bring to mind the widely and completely debunked and exposed multiple false-flag attacks by (U.S. and NATO-backed) ISIS terrorists in Syria, in which innocent civilians were slaughtered in order to use them in “White Helmet” propaganda videos, falsely blaming the mass murders on chemical attacks by the legitimate Syrian government.[2]
[...]

On December 21st, four days after the Russian treaty proposal was published, Ukraine, on U.S. and NATO orders, with reckless impudence again amended the Ukrainian Constitution to allow foreign troops to operate on Ukrainian soil, in preparation for multiple NATO exercises to be held in Ukraine in 2022.

These include nine maneuvers to be carried out in 2022, and the number of military personnel participating in them will almost double compared to 2021—to 64,000.

The number of aircraft and helicopters will more than triple—to 361—and warships almost four times—to 256. This is a tremendous military escalation, and while Russia can easily handle the Ukrainian military alone, Russia will be faced with a much more formidable foe if the NATO reinforcements are in place before hostilities commence.

Russia’s window of opportunity for a preemptive strike is a matter of weeks, and on December 29th, President Putin announced that Russia and Belarus have scheduled military exercises of their own for February and March of 2022....

Ukraine has been using ISIS and other Jihadi terrorists in its war against the Donbass Republics since the very beginning of the war. In early 2015, The Intercept first reported the links between ISIS and Ukrainian neo-Nazis. Other credible reports soon followed, from such divergent sources as Antiwar.com, The American Thinker, and even The New York Times reported on “three full Islamic battalions fighting in eastern Ukraine.” These reports are all from 2015, and the jihadi presence in Ukraine has only grown since then.
Click to expand...

The US claims that Russia has 200k troops on the border, yet the same sources say that it has an army of 900k. As you can see, the US headlines just don’t add up…
Click to expand...

EdgeofDawn said:
I just saw on RT that the US is warning its citizens in Russia to plan an evacuation from Russia due to the threat of potential terror attacks in Moscow and St. Petersburg. Perhaps a veiled threat of US sponsored terror attacks against Russia if they don't back down?

German government is urging its citizens to move out of Ukraine and Lufthansa stopped all flights to Kiev.

My main worry currently is an attack to be carried out deep within Russia which I think will force Russia's hand at hunting down perpetrators. If say perpetrators are found to be in Kiev then Russia will probably send a team to Kiev to dispense justice and right there you'll have the much hyped "Russian invasion". I'm thinking this is one of the main ways they get Russia into Ukraine and then the war begins.