FOTCM Member
Users share images of the sky in Tampico, Tamaulipas, Mexico before the storm, where around 6 in the morning the sky looked purple, then it changed to red and later the rain broke out.

A friend of mine tells me that she has never witnessed this phenomenon before.

We are bracing for the arrival of tropical cyclone Shaheen.
Should hit landfall tomorrow in Muscat.

FOTCM Member
Cyclone Shaheen was on track Saturday to become the first tropical cyclone in modern recordkeeping to strike the northern coast of Oman, perhaps even moving into the United Arab Emirates before it dissipates. Destructive flash flooding, storm surge, and high winds are all possible. The Oman government declared a two-day national holiday for Monday and Tuesday to allow people to prepare for the storm.

As the pictures were essentially taken around Paris (West), it could be well due to the "Octobre Rose 2021" (Pink October 2021) and the Eiffel Tower that was lit up in pink (Source in French):

October 2021 will be marked by the 28th Pink October campaign. A symbolic month where various events will be organised to raise awareness about breast cancer screening. 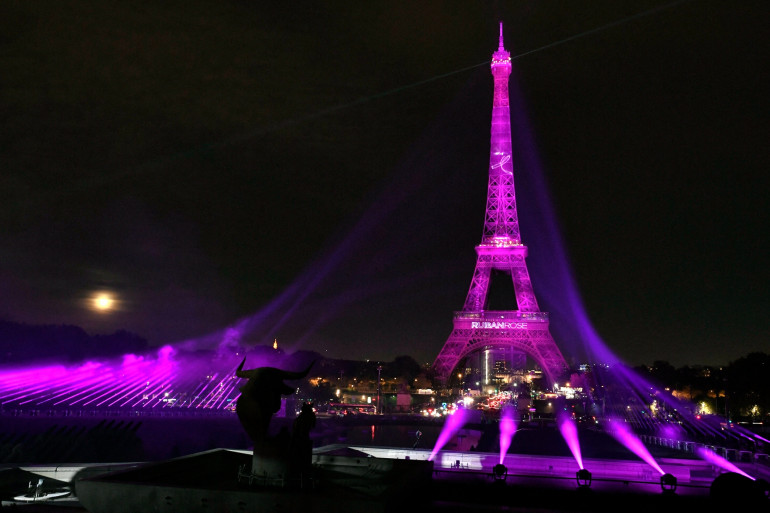 I think that the mystery is solved.

Edit: Timing details about the video.

A river outside my front gate this morning!

The Severe Cyclonic Storm Shaheen over Gulf of Oman and adjoining northwest Arabian Sea moved west-southwestwards with a speed of about 15 kmph, during past 6 hours, lay centred at 1130 hrs IST of today, the 3rd October, 2021 over Gulf of Oman and adjoining northwest Arabian Sea, near latitude 24.1°N and longitude 58.6°E, about 1090 km west-northwest of Devbhoomi Dwarka (Gujarat), 240 km west-southwest of Chabahar Port (Iran) and 60 km north-northeast of Muscat (Oman), the India Meteorological Department said.
The system is very likely to continue to move west-southwestwards towards Oman coast and weaken gradually. It is very likely to cross Oman coast between Long.56°E & 58°E, around 57°E (about 130 km west-northwest of Muscat) by early hours of 4th October 2021, as a Severe Cyclonic Storm with a maximum sustained wind speed of 90 -100 kmph gusting to 110 kmph, the IMD added.

Tropical Cyclone Shaheen bore down on Oman on Sunday, prompting authorities to delay flights to and from the capital, Muscat, and to urge residents to evacuate coastal areas. A child who had been swept away by water was found dead, the state news agency said, and another person was missing.
The eye of the storm was about 60 km (40 miles) from Muscat and it was carrying top winds of 120 kph (75 mph) or more, a joint statement by the country's hazard, weather and civil aviation agencies said. The storm's centre was expected to hit land during the late afternoon and evening, bringing very high winds and heavy rainfall, but the outer bands of the system were already being felt.
The national emergency committee said the power supply would be cut in al-Qurm, east of the capital, to avoid accidents. More than 2,700 people were put up in emergency shelters. (Reuters)

Administrator
Moderator
FOTCM Member
In Marseilles, France, 200 mm (16'') of rain fell in a few hours leading the old port to overflow. More rain is expected today. Interestingly Marseilles is also the location the IUHM of Didier Raoult, who discovered and applies the HCQ + Azythromycin +zinc cocktail, criticized repeatdly the insane COVID policies. Marseilles is also the place of massive protests against the green pass.

FOTCM Member
My husband presently is on holiday in Catania, Sicily, where the weather went just crazy! Yesterday, a tornado was reported in Catania, followed by rain and hail, causing serious damage to homes and businesses. According to AccuWeather, there is an orange warning for thunderstorms today.