Cyclist in England Claims He Encountered a Telepathic 'Praying Mantis'

Not sure if this is the right place to post this but i think it should be of interest as the praying mantis type beings occur regullary in "the transcriptions":

"A young man in England claims that he had a terrifying encounter with an extraterrestrial that resembled a giant praying mantis which could communicate with him telepathically. The bizarre incident reportedly occurred this past summer, but only recently came to light when the shaken witness, Paul Froggatt, decided to share his story with the media. According to him, the unsettling event unfolded one morning last July as he was riding his bicycle home from his job at a dog food factory in the town of Warwick. The routine trip took a troubling turn, he recalled, when he first spotted a UFO hovering in the sky."
Click to expand...

(Sorry, cant figure out how to change the bold letters to regular) 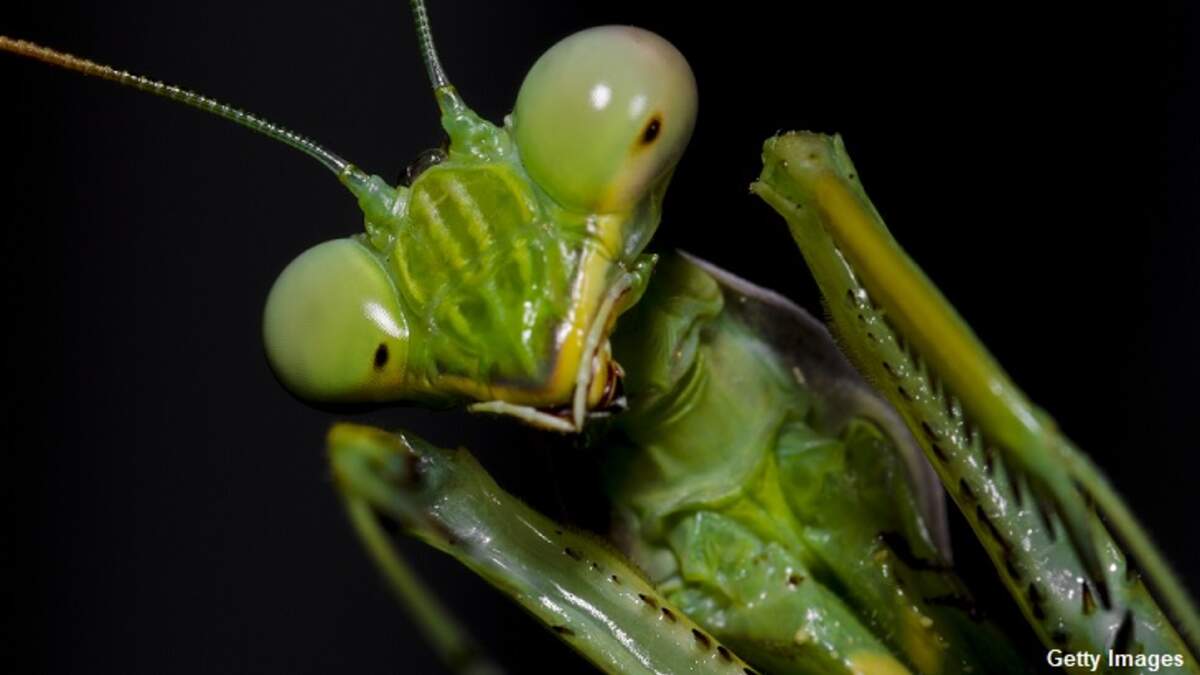 A young man in England claims that he had a terrifying encounter with an extraterrestrial that resembled a giant praying mantis which could communicate with him telepathically.

Somewhat related to this -

Shinzen Young, a Zen meditation teacher, talks about spontaneously seeing giant insect type creatures for almost 1 year after 5-6 years of intense meditation. Here is the extract from his audiobook The Science of Enlightenment, chapter on Realms Of Power -

In my own experience, after I’d been meditating for about five or six years, I started to have visionary material, very intensely. One of the interesting things about visionary material is that once it gets going it’s not necessarily limited to when you’re sitting in formal practice. That’s something that people that go through this phenomenon discover to their chagrin. Once it gets going it’s there all your waking hours often. So that means when you’re just walking around or whatever you’re seeing stuff all day. And in my case it was mostly, but not exclusively, giant insects. And they were very realistic. It’s not like seeing a static image. It moves with all of the motion of a living being. The perfect arthropod articulatory motion that you would find in an actual creature. These things, they move and they were extremely vivid. We say visionary material but I should say you can touch and hear and smell it too. That’s what I meant when I said that it’s extremely realistic, whatever its ultimate ontological status may be. In any event, that went on for a good year. And I was in school, I was in graduate school and I walk to school and there’d be giant grasshoppers greeting me along the path and all sorts of stuff, and I still function quite well. There’s no problem. It wasn’t like being schizophrenic or anything like that. It was just a phenomenon of that intermediate realm. It means that I had dropped into that realm and some material was coming up.
Click to expand...

Laura discusses a case in The Wave series Volume 1 Chapter 2 where “Ruth” sees a preying mantis type being as her essence in an alternate reality in a hypnosis session. So maybe Shinzen saw one of his essences in alternate reality and had to come to terms with it just like Cs said 4th density candidates will have to before graduating to 4th density.

But the UFO and Preying Mantis incident mentioned in the article you mentioned happened on Earth in this reality, not at alternate one. These type of Preying Mantis/Insectoid creatures are being seen in NE USA as well as mentioned in the UFO Witness documentary season 2 episode 2.
Last edited: Jul 2, 2022
You must log in or register to reply here.
Share:
Facebook Twitter Reddit Pinterest Tumblr WhatsApp Email Share Link
Top Bottom