Rick Renzi is a well known corrupt Republican congressman who is listed as a witness to the plane hitting the building. 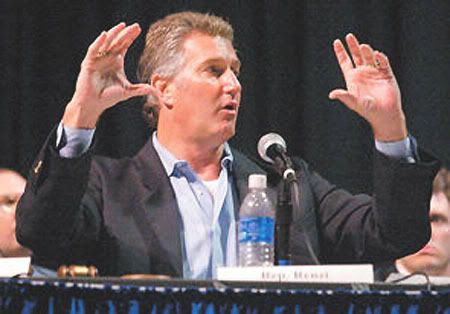 He was indicted yesterday (February 22, 2008) on theft, extortion, and conspiracy charges:

Renzi to step down from McCain camp

For the last 3 years Congressman Rick Renzi was named one of the 20 most corrupt members of congress in a report by Citizens for Responsibility and Ethics in Washington.


Here he is in two interviews, one on the scene on the day of 9/11 and another in a propaganda piece from a month after the event:


He was soon after elected to congress in 2002.

Notice how he is sure to be clear he did not mean it was a "bomb".

Of course this "dive bombing" description is completely irreconcilable with the official flight path and all the physical damage that requires the plane to come in low and level with the ground. 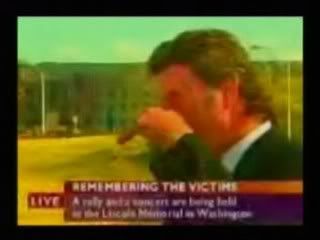 It's clear he was "free styling" details on 9/11 and pushing propaganda in the interview a month later by outlining the neocon agenda at the time that has since come true.

He was not even a congressman yet.

The fact that corrupt individuals like this with powerful connections in government were paraded as regular "witnesses" to the plane speaks volumes.

Administrator
Moderator
FOTCM Member
I've adjusted the headline on the story of the fraud indictment on sott to reflect this information and added a link to this thread. See:
http://www.sott.net/articles/show/149688-9-11-Witness-Congressman-Rick-Renzi-indicted-in-Arizona-land-deal
C

Renzi is such a slimeball.

Watching him all animated on 9/11 in a white T-shirt acting like some random "witness" is a bit much to take.

Renzi is such a slimeball.

Watching him all animated on 9/11 in a white T-shirt acting like some random "witness" is a bit much to take.
Click to expand...