I have a bunch of scattered "signals" that I need to put into words.
At the time of 9-11, I was an active member of one of the early Cassiopaea discussion groups, Cass Chat.
I posted observations and shared conversations with other members of Cass Chat during those dark, surreal and strange days of 2001.
One post I remember writing was about this weird and awful anticipation I felt.
Nothing was over, weeks had passed, and I was waiting for the other shoe to drop.

What if it has taken 19 years for the laces of that shoe to be undone?
Everyone has been saying "nearly 20 years since 9-11" but the significance of 19 years, lunar/solar years, might be what matters MOST to Radical Islamist groups.

There I wrote it.
I suspect the lock downs, the "no groups, gatherings allowed" Especially No Religious Gatherings, and lots of other extreme draconian measures MAY be due to a growing knowledge that the Western World is going to experience payback for 9-11, and the past 19 years of war, murder and mayhem against the Muslim world.

A Religious war of epic proportions.

This Covid Scamdemic has in part, been used as a means to isolate and control people.
Here is an article I read today, that prompted me to finally start this post:

"If COVID-19 has been co-opted for manipulation of the public, through hyping the threat and pushing exploitive solutions, who is behind it and who benefits? 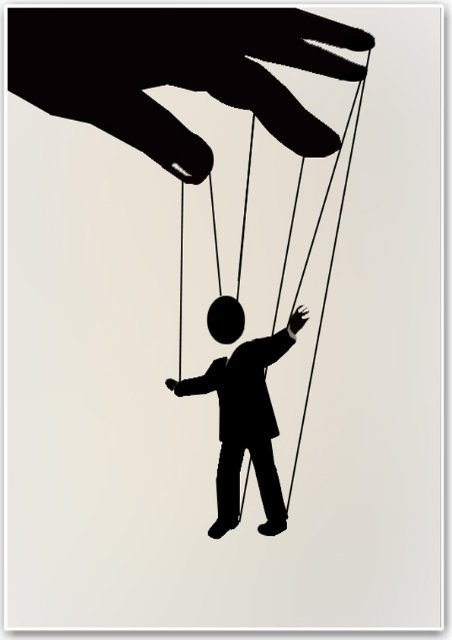 Is the Coronavirus Scare a Psychological Operation?

Governments have used psychological warfare throughout history to manipulate public opinion, gain political advantage, and generate profits. Western governments have engaged in such tactics in the …


Laura said:
(L) Yes... I guess I'm gonna put the cat among the pigeons. I've got two topics in my mind. The first one is the black hole of Mecca. Now, this guy Peter Townsend - which is probably a pseudonym because he probably won't write under his own name since he fears for his life - says that Mecca didn't exist and that Islam as a religion started out in very strange ways. Basically, he says that Islam is not a very friendly religion according to his way of thinking. Now, I don't think we need to ask any questions about the research he did, because that's all pretty plain and clear. But his conclusions are that Islam needs to be reformed or something needs to be done about it because it's not a very friendly bunch of people at present due to the beliefs that are inculcated into them from birth. Aside from the teachings in Islam that all other religions are wrong and only Muslims are right, and Muslims are entitled to kill non-believers, he's basically suggesting that inherent in Islam is a corruption, that the religion itself is inherently bad. But we've been discussing it, and we don't see that there is that much difference between one fraudulent religion and another. I mean, Christianity and Judaism are both pretty bad in some ways. So, I don't see... Is Islam inherently corrupt and a bad influence in general?

A: Consider carefully the developmental pathways of the three test cases. First you have Judaism. It began as a widespread cult of comet/storm god worship. It was reformulated to meet the needs of a dispossessed people and encourage solidarity among them. Christianity had a dual beginning. First was an apocalyptic cult of intolerance and violence. Second was a message of spiritual transformation based on the life of an extraordinary man full of mercy. Islam is the miscegenation of the worst of both. How can there be any positive elements out of complete falsehood?

Q: (L) So, you're saying that Islam is a mix of the worst parts of Judaism and Christianity? [Review of last answer] Is it possible that there was a strong influence of the Dead Sea Scroll people on the formulation of Islam?

Q: (L) And based on the studies of the Dead Sea Scrolls people, that was a bunch of schizoid psychopaths.
Click to expand...

A couple months ago I read Peter Townsends latest book "The house built on Sand".
Under the guise of an Indiana Jones type archaeology adventure, he used fiction as his method of detailing exactly how the dark Islamic radicalization is done, and I couldn't put the book down, or sleep well after I finished it.

Laura said:
(Joe) So the worst of both Judaism and early Christianity would be intolerance and violence and storm god worship. Islam more than any of the religions is influenced by cataclysms in that sense, no?

Q: (Joe) At the time that it appeared, was there stuff going on? It was the Dark Ages, right?

Q: (L) So that would give a perfect explanation for why they were attracted to that apocalyptic literature. It was a time when it had the most meaning.

(Joe) And it's relatively recent.

(L) And also if some of these people like Heinsohn and Fomenko are right about years being inserted into the historical timeline, it could have been even more recent and more close together than we think. History is such a muddle because of all the manipulations.

(Andromeda) So Islam is based mostly on fear and avoidance, whereas even Judaism had the idea of solidarity behind it. And Christianity had spiritual development. Islam has none of that.

(L) No, there doesn’t appear to be anything about real spiritual development in Islam other than trying to model oneself on Muhammed and “submitting” to his alleged declarations; that’s a bit problematical when you find out that the original model of Muhammed was probably a Dead Sea Scrolls inspired apocalypticist, likely a schizoid psychopathic fanatic. Go out and kill some people and you get grapes in the afterlife, not naked women. You get grapes.

(Andromeda) How many grapes? [laughter]

(L) 72!! Well, that was one of things that was really surprising. Apparently, there was a mistranslation or misunderstanding of the word somehow, and so you only get 72 grapes. [laughter]

(Andromeda) A lot of people are gonna be very disappointed! [laughter]
Click to expand...

The whole of Islam was set up, with 9-11.
The branch of radicalized Crazies, the Right Wing Extremists, are who I suspect may be planning on using the growing Civil Unrest and Anger in the US.
The immigration of their Trojan Horse of WAR against all of the Western World is in place and "Celled" into every corner of the world.

I think all the Governments know, or suspect, and are trying to "manage" it, but NO ONE knows when or where or even how it is going to start!
I have several other threads of info that might weave into this, but that's basically the gist of it for tonight.

As for Islam. I wouldn't be surprised if there will be attempts to create a new religion that will be the official religion of the "New World Order".

This new religion may be based on Islam as a way of paying tribute to history and tradition (as the World Government prefers, of course) and on the ideas of the extreme left. So, 50% Islam and 50% hardcore leftish.

Don't be surprised if you start to notice this, of course, it's just a hypothesis, there are many points that can break it. For example, the real pandemic we may have soon, etc.

But if, of course, you find such things arise and gain popularity, we must resist them so that they can't contaminate our consciousness.

Since you have already mentioned the tensions in the Middle East, I would like to address one point on this occasion. I will say it on the example of Poland, but probably people from other countries will find similarities in it.

The last restrictions were to last until January 17. However, the government unexpectedly extended them until the end of the month.

What is unexpected is that these restrictions have virtually no justification. At the moment we are in a period where the illness and crisis of the health service is relatively under control, and an alleged "third wave" is expected in February and March, not now. Additionally, they terribly incited the nation.

It totally makes no sense... There are no real reasons, there are no generated reasons, they cheated the nation that had enough restrictions. I think at this point we can come back to the Middle East and possible hostilities there. I find one reason for these extended restrictions, and that reason may be the start of hostilities that have been alleged for a long time.

Even in 2018 and 2019, there were voices about a possible war with Iran. This war seems to be passing us all the time, I think it is thanks to Trump, among other things. There were various incidents, but apart from strong words, there were no acts. And very well.

But it's time for elections. And then they noticed that they could speed it up, that there was a chance, just as they cheated on the election and announced these results to move on. Hence these alleged plans and rumors of a possible war in late November or December 2020.

But it didn't pass. They did not manage to move on to the next step so quickly because they met with resistance (Trump vs Biden). But now we have a new situation. Everything indicates that Biden will actually become president. They'll probably happy with that and come back to the idea of war. The war allowed for their expansion and control over the Middle East, would provide pretexts for introducing further restrictions in the country, and distract from the problems inside the country.

What's strange about these newly extended restrictions in Poland is that government... it's very strange... "it keeps the same rules as it used to be, the only change is that primary school grades I-III will go back to school." - this is what I heard in the media yesterday. I'm just thinking THAT WHAT???

It seems to me that this extension of the lockdown is just to keep people at home in order to start these hostilities, which of course may be preceded by some false flag attack. And going back to the issue of letting the children go to school... what is it all about with these children???

Well, I am sorry for these connections, but in the context of the start of these hostilities, these young children who have been sent to school will cause a lot of fear among teachers, parents, and carers. The children themselves will be afraid. Well, if this is true, the government we have is really sick and psychopathic. Ah...

I see two possibilities or something important will happen in the world in January or internal affairs in the states will thwart their plans, and that will give us several months. If people resist, it might not come to that now, it might happen in the near future - it will just be postponed, or else other things will happen.