FOTCM Member
Like the C's said, the "new normal"

Lightning strikes Jeep right in front of me while inside a Severe Thunderstorm Warning and Flash Flood Warning, just North of Waverly, KS. Married couple with a baby and 2 children under 2 years old. Everyone was safe.
Click to expand...

A supercell thunderstorm produced frequent, vivid lightning bolts across the St. Louis metro area, filmed both in realtime and in super-slow motion with a high speed camera at 6,000 frames per second - revealing the intricate negatively-charged stepped leaders as they descend to earth and connect to the ground with bright return strokes. Copyright Dan Robinson
Click to expand...

"Squid event" -- My personal name for small bidirectional/bipolar leaders that form near existing positive leaders and usually end up connecting with/becoming a part of the existing flash. Video on this phenomena: https://www.youtube.com/watch?v=f2mQd... The voice you hear is me timestamping the audio file. Every video I make some new silly mistake which I learn not to do... this time it was me talking over the thunder and panning the camera too hard. The bipolar flash was the most common variant... a positive stroke and then a negative stroke as a recoil leader negative end from a positive branch grounded out through the decayed positive CG trunk channel. Stroke data provided by Vaisala's National Lightning Detection Network through weather.us https://weather.us/lightning
Click to expand...

After Hank Schyma noticed a green afterglow in some of his sprite lightning captures https://www.youtube.com/watch?v=15Rdf... I looked back at some archives of bright captures. I managed to find an occasion where we managed to capture a large bright sprite from different angles and they both seem to exhibit the same glow as noted by Hank. Jokingly , Hank has mentioned we should call them Ghosts (green high oxygen sprite triggered)when discussing possible interactions with high oxygen atoms. I kind of like it and definitely in theme with the mythical/ supernatural names of the transient luminous event family. Additional video credits to Scott Currens https://www.youtube.com/user/violentp...
Click to expand...

That is… beyond mind boggling. I wonder how that compares to lighting over the amazon or central africa ?

In Sweden i believe one of the highest amounts registered were in the range of 43-50000. But i have nothing to compare with in terms of archive data.

I only remember that one year there was a day which was considered to be the highest amounts ever been registered (within 24 hours). But Sweden isn’t really a thunderstorm rich country compared to southern and central Europe. But Northern America/Canada…. Just wow.

That must have felt like an inferno in the sky… 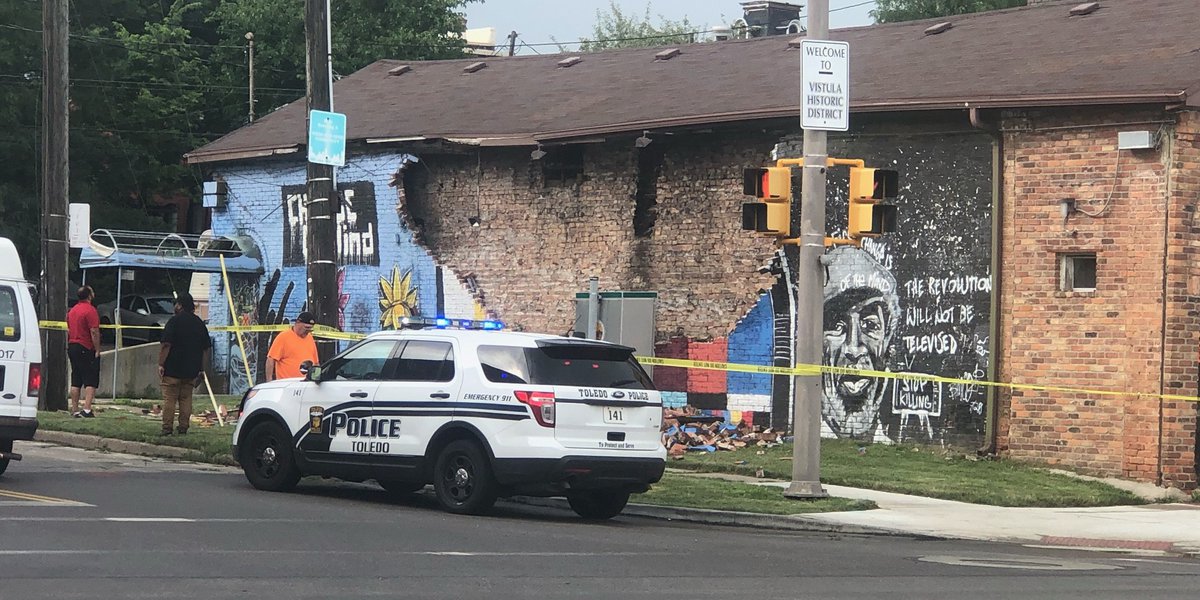 Lightning? Disrepair? Conflicting reports on what may have caused George Floyd mural to collapse

13abc’s Doppler Radar did show a lightning strike in that block at about 4:30 p.m. on Tuesday.

www.13abc.com
TOLEDO, Ohio (WTVG) - A mural honoring George Floyd erected at Summit and Lagrange in Toledo has collapsed. According to Toledo Police, witnesses say it was destroyed by a lightning strike. 13abc’s Doppler Radar did show a lightning strike in that block at about 4:30 p.m. on Tuesday.

Toledo Police were seen outside the building, which used to house the Mugshots Bar, setting up tape around the pile of bricks that once formed the artwork.

The mural was painted nearly one year to the date of its collapse, in July 2020. Groups have held memorial services for Floyd in front of the mural, including on the one-year anniversary of his death at the hands of Minneapolis Police Officer Derek Chauvin. Chauvin was later convicted of murder and sentenced to 22.5 years in prison.

The building itself is structurally sound, according to a City of Toledo building inspector. The building’s owner is working to clean up the bricks and tear down the rest of the mural wall.

The City of Toledo has already released a statement on the mural, saying they will work with the arts commission on planning for a new mural, or help the commission and the artist find a new location, adding that they were heartbroken to see artist David Ross’s work collapse.Copyright 2021 WTVG. All rights reserved.

These mysterious bursts of light in the upper atmosphere momentarily resemble gigantic jellyfish. In general, red sprites take only a fraction of a second to occur and are best seen when powerful thunderstorms are visible from the side. ⠀

FOTCM Member
Mexico City (CDMX) was surprised at dawn this Tuesday, as the sleep of its inhabitants was interrupted by a strong lightning that brought the rain.

In the images shared on social networks such as Twitter and Facebook, places such as the monument to the Revolution, the Zócalo plate and the Alameda Central of the CDMX are observed, which look calm, contrasting the lights of the public lighting with the darkness of the sky , when suddenly a thunderclap illuminates the panorama with intensity for a few moments 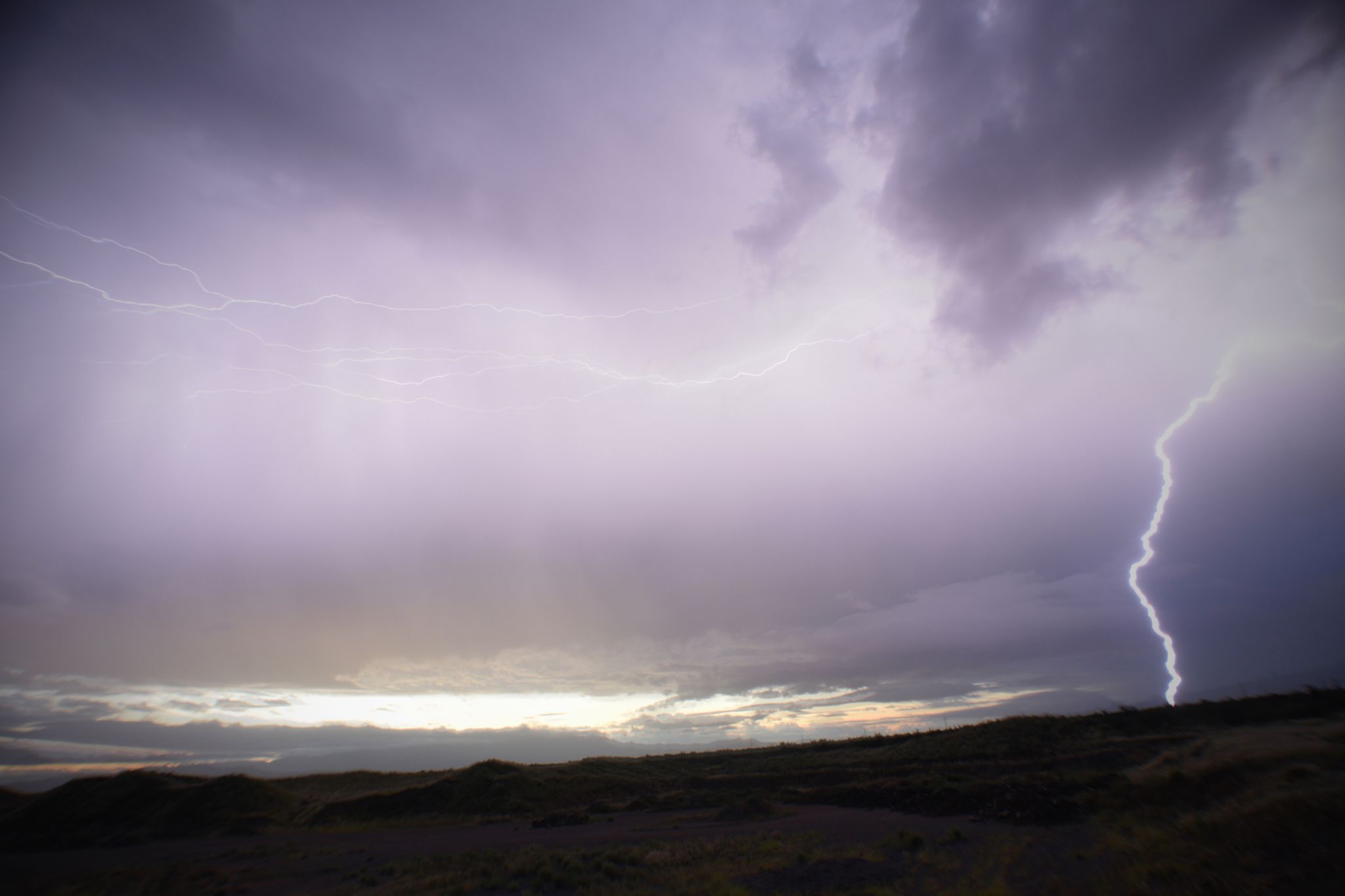 Weather service Bay Area meteorologist Brayden Murdock told SFGATE that it's still a bit "far out to say exactly" what will take place next week, but moisture will likely arrive to the Los Angeles area before coming up north.

"We're settled into another pattern where we have this moisture, it's coming up from the south," he told SFGATE.

Murdock added that there will be some divergence in models from last week's event when it arrives to central and northern California.

It's not anticipated to be another lightning event akin to the one in August 2020, which produced hundreds of wildfires.

But as fires begin to intensify amid peak fire season, including the thunderstorm-induced Tamarack Fire, it's worth staying prepared in the chance that something does go awry, Murdock said.

"It's been a dry year and luckily we haven't had the set up of what we've had last year," he said, "but we're not out of the woods yet."
Click to expand...


https://twitter.com/i/web/status/1418691509050912776
#orages#Limousin: more 1365 lightning strikes, mainly in the #Neuvic and #Ussel according to @KeraunosObs . The department of #Correze the most affected in France by the disturbance this Friday evening.

FOTCM Member
https://twitter.com/i/web/status/1421153000689737730
We are monitoring the development of a new storm cell in the Rhône Valley which completely deviates from the flow as it progresses towards the Bièvre. It will be necessary to monitor its evolution in the next few minutes. Radar @meteociel @KeraunosObs

FOTCM Member
https://twitter.com/i/web/status/1425851185160929292
Powerful #orages formed in the east of the Massif Central with more than 12,000 flashes in 2 hours. They are now progressing towards the Rhône valley:#grêle and gusts of wind are imminent over the entire department of #Rhône#Lyon . Real time monitoring:https://keraunos.org/temps-reel/imp

https://twitter.com/i/web/status/1425854573806333956
Impressive impact of #foudre not far from the videographer a few minutes ago in the #Loire . Be careful, these #orages are accompanied by very strong gusts of wind that can reach / exceed 120 km / h.#VigilanceOrange Video credit:@cl66000 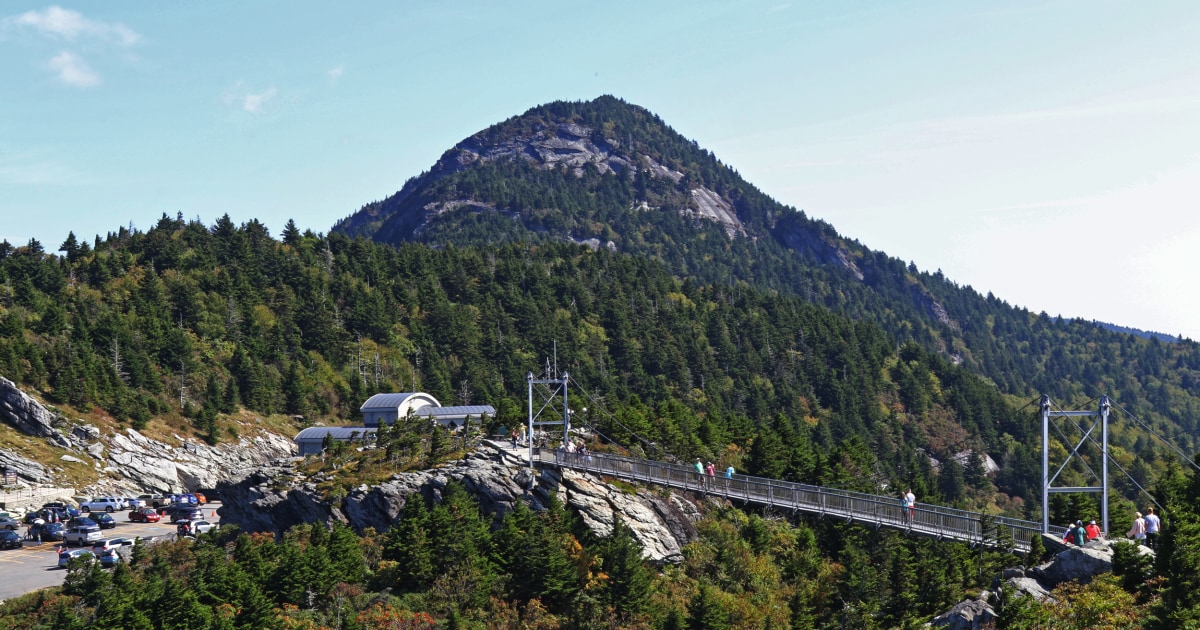 All of the hikers were able to leave the mountain on their own after the strike near MacRae Peak.

www.nbcnews.com
All of the hikers were able to leave the mountain on their own after the strike near MacRae Peak.

They were all able to leave on their own and one person suffered a head injury after a fall, a stewardship foundation and a Linville Volunteer Fire Department firefighter said.

Seven hikers in all "felt the effects of a nearby lightning strike," the Grandfather Mountain Stewardship Foundation tweeted, but only four suffered injuries.


https://twitter.com/i/web/status/1426302044793606145
The lightning strike occurred shortly after noon, and the area where it happened is fairly exposed, Firefighter Brandon Townsend said.

The hikers were near MacRae Peak on state park land when a sudden storm swept through, the foundation said. MacRae Peak is at an elevation of around 5,800 feet.

The National Weather Service said that the mountains and foothills in the area could see thunderstorms with lightning through the evening.
Click to expand...