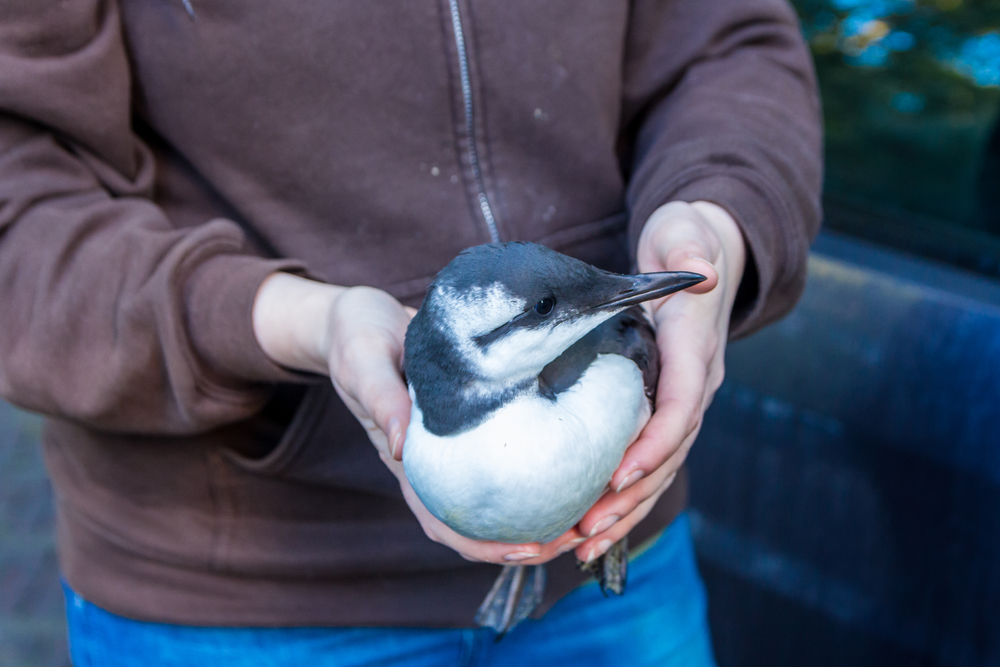 As many as 20,000 guillemots have died in Dutch waters in the past few weeks, baffling researchers, broadcaster NOS said [Dutch only] on Tuesday.

The sea birds, which breed on cliffs and live on fish and crustaceans, are being washed up dead on Dutch shores from the Wadden Islands to Zeeland. In addition, hundreds of weakened birds have been taken to animal shelters for treatment.

‘The death total is very high. We have not seen such mass deaths since the 1980s and 1990s,’ marine biologist Mardik Leopold from Wageningen University told NOS.

No-one yet knows the cause of the deaths. Some have speculated that plastic from the hundreds of containers which fell from a cargo ship last month could be responsible. Others have suggested paraffin washed up on the beaches could be to blame.

There are currently many dead guillemots found on #Terschelling and #Ameland. We have just heard that a bag full of dead animals is going from #Terschelling to the @NIOZ news today to investigate the cause of this mass mortality. pic.twitter.com/ILVXxXqjVc

The sick animals have blood in their droppings and this could be caused by mass starvation, Leopold said. ‘When they are starving, the birds’ organs are consumed by their bodies,’ the researcher told NOS.

However, he said, the North Sea close to the Dutch coast is currently rich in sprat and young herring, making food shortages unlikely.

Next week Leopold will begin examining the bodies of around 100 dead birds which he has collected over the past few days in an effort to determine the cause of death.

In the meantime, the guillemot population in the North Sea numbers around two million, he said.
Click to expand...