There is some talk about a report released yesterday (Nov. 28) about two new minerals found within a 16.5 ton meteorite (the 9th largest in the world) from Somalia that was only discovered in Sept. 2020 and named El Ali (the name of the nearby town in the Hiiraan region). It was partially immersed in sand and was used by camel herders to sharpen knives.

"The local herders near El Ali report that they had knowledge of this rock for more than 5-7 generations memorialized through Saar folklore, songs, dances and poems," stated in the official report from The Meteoritical Society on this find. It's been classified as 'Iron, IAB Complex'.

The University of Alberta was given a 70g slab to analyse and found the minerals. These minerals were, however, already synthesized by a French lab back in the 80's but have now been found in this sample. They have been given the names elaliite and elkinstantonite. 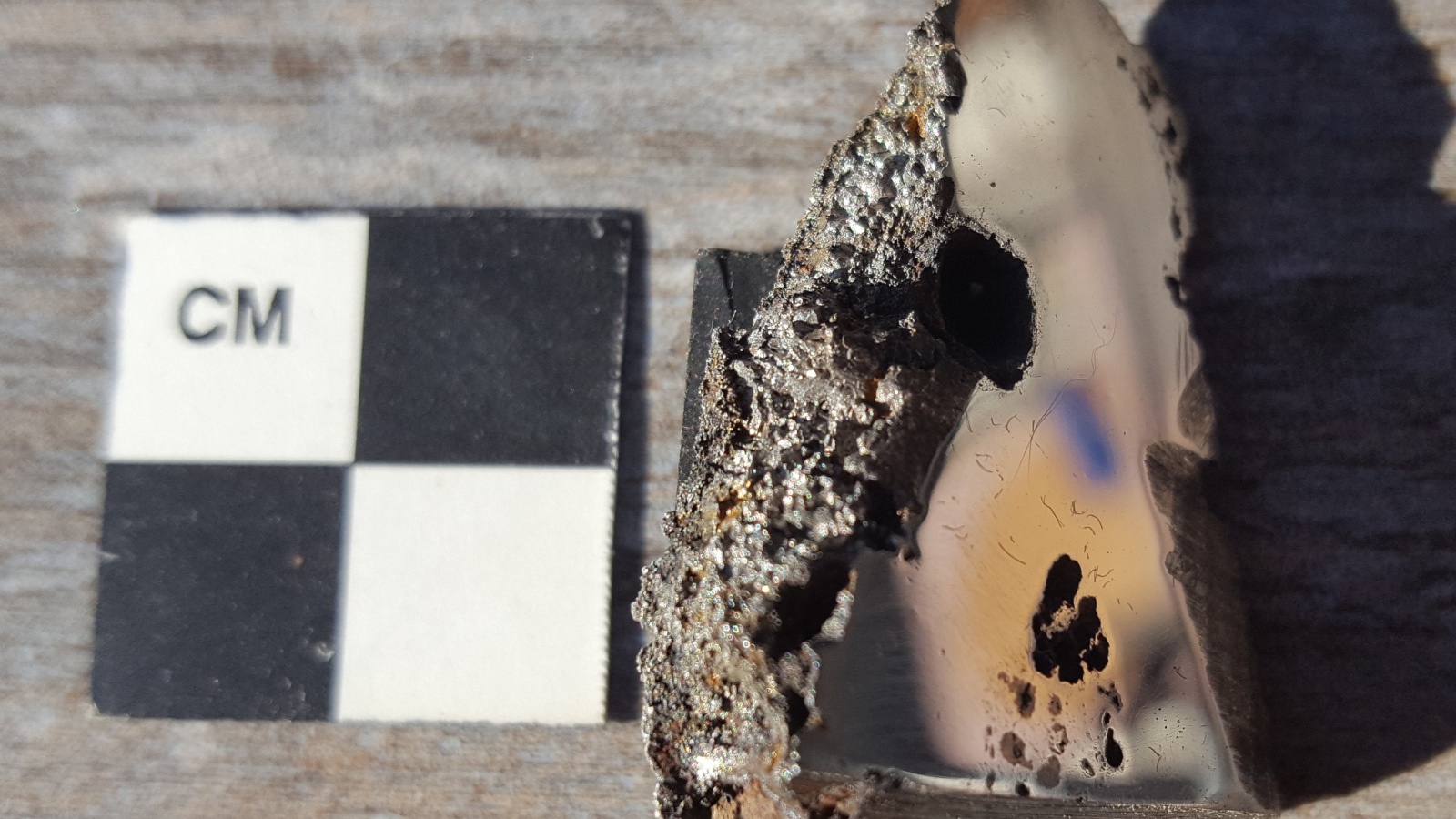 Researchers including a U of A meteorite expert discovered two new minerals never before seen on Earth in a 15 tonne meteorite found in Somalia.

This got me thinking about how many actual meteors have hit the earth recently. I'm sure there are many many but not having any sort of idea is kinda meaningless. So here is a series of screen shots from the Meteoritical Society site of confirmed 'falls' (meteor) that has a 'find' (meteorite) attached to it since 2017. A total of 55 confirmed, which doesn't mean that it's a complete list, rather that a rock hasn't been found yet to correspond to a fireball sighting.