It seems very strange to me large amount of people 150.000-300.000 are missing every year in Britain. That number of people can fill a city. Actually we know Britain is famous for cameras on the streets.Officails cant find them despite of technological equipments.

And there is statistics about missing people in Britain.
https://www.google.com/url?sa=t&source=web&rct=j&url=https://www.nationalcrimeagency.gov.uk/who-we-are/publications/304-2016-17-ukmpu-data-report-v1/file&ved=2ahUKEwjdjunUqqblAhVlonEKHXgsB18QFjANegQIBBAB&usg=AOvVaw3-IRcHtTmKHqMMd3JbK0cG

FOTCM Member
You may be interested in the Missing 411 series of books and movies. Some of the cases involve UK disappearances.

Missing 411 by David Paulides comes in 2 books: a Western and Eastern edition. SOTT discussed the theme of these books and showed a video with the author in an article last year. In basic terms, the author spent 3 years doing research on missing people from National Parks and Forests. In many...

FOTCM Member
A compilation of missing in Australia, (with some reports being dated). 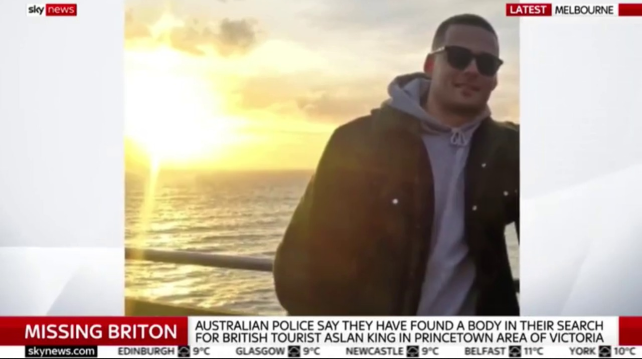 motherofrsd said:
It seems very strange to me large amount of people 150.000-300.000 are missing every year in Britain.
Also Independet says :Each year, 275,000 Britons disappear

Most of those are not missing long-term. As the Independent article states:

The vast majority are swiftly found, or return of their own volition, but many don't. Some disappear for decades, and sources, including some inside the police, say the number of people in Britain who have been missing from family, friends and usual haunts for more than a year is at least 16,000 and could be as many as 20,000.
Click to expand...

That leaves 1% who remain unaccounted for, more than a year after they were last seen. "But that’s still quite a high figure when you consider that a quarter of a million people go missing every year."
Click to expand...

Last month UK police confirmed the identity of a body that had been buried in an unmarked grave in Anglesey. It was an uncle of mine, who had been missing, presumed dead, for 36 years.

Conor Whooley was 24 when he disappeared in Dublin. He was due to visit our house that day but never showed up. He never called nor returned home, so family members made inquiries and conducted searches, including in the UK, where they guessed he'd perhaps migrated to start a new life. As the years rolled into decades, it gradually dawned on them that he had probably died. But still, they had no solid clues about what had happened to him.

In 2015 my grandmother was watching a TV show about matching DNA with unidentified bodies in Ireland and the UK, so she went to the police to submit hers, then they shared it with UK police. More recently they contacted her to request DNA from a sibling, after which they confirmed a match.

By chance, UK police had exhumed a body in an unmarked grave in northwest Wales in 2013. They were looking to match it with a missing Norwegian sailor, and selected my uncle's grave merely because his 1983 police report mentioned that he was found wearing clothing with 'continental' size tags.

It turns out that Conor's body had washed up on a beach south of Holyhead on October 22nd, 1983. The post-mortem report estimated he had been in the water for 6-8 weeks. This likely means he somehow drowned right around the time he went missing, and his body then drifted across the Irish Sea.

Interestingly, the family got the call with the news that Conor had been found on October 22nd this year, 36 years to the day since he washed ashore in Wales. My uncle, the eldest brother, called his daughter to tell her the news. She was in the UK visiting her cousin (my sister), who happens to live not far from where Conor is buried. So my cousin visited the grave on her drive home to Ireland and had this plaque placed there:

The spot is somewhere we've all passed many times as it's just off the highway that takes you to the ferry terminal for crossing the Irish Sea to Dublin. If you look to the right (north) as you cross the bridge onto Anglesey, the cemetery is a wee island in the strait:

Intriguingly, Conor is the third missing Irish person identified via DNA matching in the last two years to have been found along a two-mile stretch in south Anglesey. Last year a man who had been expected to journey to the UK in 1983 via the Dublin-Holyhead ferry was identified; his body was in an unmarked grave in the same cemetery as my uncle. The third person was a woman last seen walking her dog on a beach in Wexford in 1994. She washed ashore in the same place after drifting at sea for weeks.

There's apparently something about the sea currents and tides that brings bodies to that location, and UK police suspect that many more unidentified bodies in Wales, and elsewhere along the UK's western seaboard, are missing Irish people.

Here's a report in Irish media with more details:

It remains unknown how or where Conor died exactly. He may have taken the ferry to Wales, then jumped or fallen overboard on the way. Or he may have drowned on the Irish coastline, then drifted all the way across.

Last week my grandmother, mum and some of her brothers took the ferry to Holyhead to visit the cemetery in Wales. They had a priest bless the grave and decided the spot was so beautiful they would leave the body there. They are all relieved to finally know where he ended up, surprised to have found out at all, astonished that he was all this time almost directly across the sea from their hometown on the Irish east coast, and sad that their father died (in 2015) before he learned what happened to his son.

Understandably, I didn't hear much about Conor when I was growing up. But today I learned that he wanted to be a fisherman. He had completed a training course but when he hit the high seas he discovered he got badly sea-sick. Instead he settled for working in customs at Dublin port, but tragically ended up 'lost at sea' all the same.

Of all my uncles, it seems that one of the younger brothers was especially affected by Conor's passing. He was just 13 at the time, but he apparently looked up to this older brother. That younger brother now sails the seas, taking people on whale-watching tours.

FOTCM Member
My condolences to your family Niall. I'm happy they've been able to obtain closure after all these years.

What a story! Glad that your family got closure.

FOTCM Member
My condolences Niall. Good to hear that the closure brings peace to you, and your family.

FOTCM Member
Thank you to share this amazing story. Your uncle was very handsome.

Ambassador
FOTCM Member
Niall, thank you for sharing your story. I'm glad and grateful that your family received closure.

Moderator
FOTCM Member
Thank you for sharing this story with us, Niall. It's a long time to wait to find out what happened to Conor; but, at least, you all do now know. A

to you and your family.

Moderator
FOTCM Member
What an incredible and sad story. Beautiful epitath, too.

FOTCM Member
Thank you for sharing this, Niall. I’m sure there wasn’t a day that your family didn’t wonder what had happened to your uncle. My deepest condolences to you and your family.

I am sad to hear of this, but I am glad you and your family have some closure over your uncle. Thank you for sharing this.

Administrator
Moderator
FOTCM Member
I'm glad your family was able to get closure with Conor, that must have been an emotional ceremony.