Here is the one I saw. I got the magnitude wrong. It should only have been around -14, but at least I wasn't the only one to have reported it. It's gonna be my guess that it was somewhere between Bassano and Stettler.

Are these all part of the Leonids? They peak between Nov. 17-21. It mentions on the wiki that any outbursts are likely from the "1733 meteoroid stream". We might be seeing that. We received 3 reports about a fireball seen over Alberta and MT on Friday, November 18th 2022 around 07:36 UT.

Administrator
Moderator
FOTCM Member
A SMALL ASTEROID JUST HIT EARTH: Yesterday, astronomers discovered a small asteroid approaching Earth. A few hours later it struck the atmosphere above Canada and disintegrated in a Moon-bright fireball. Weather radars tracked fragments down to 850 meters above the ground. NASA says meteorites may have been scattered along the shore of Lake Ontario. Full story (with meteorite handling instructions) @ Spaceweather.com

Had quickly browsed through the 2008 Comet Impact Debate, wherein Carolyn (on the critic side) had a hard time getting her head around the YD Black Mat and micro diamonds et cetera, saying she thinks its not so unusual, or something like that. Her big problem seemed to be the hypotheses of a comet events over the ice shield, impacts that she thinks should have penetrated (she does not know how it would work) and left a crater; nothing much on fragmentation events and explosion's over ice, which may be more realistic and at the same time dovetails with the Carolina Bays.

In the updated comment, well you can see the slant and the gunsight crosshairs: 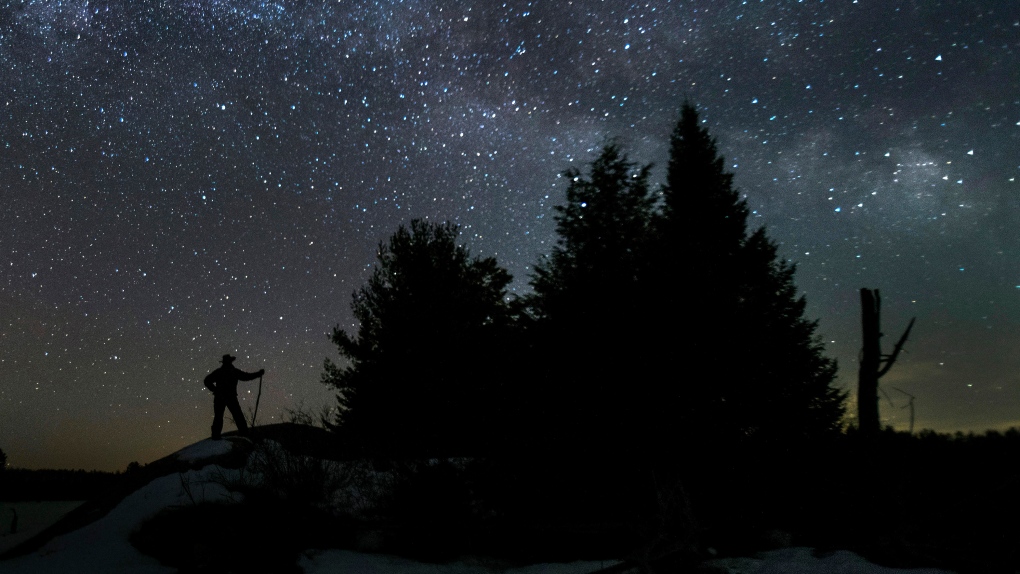 An astronomer at Saint Mary’s University explains why some Maritimers saw fiery streaks flying through the sky Sunday night. 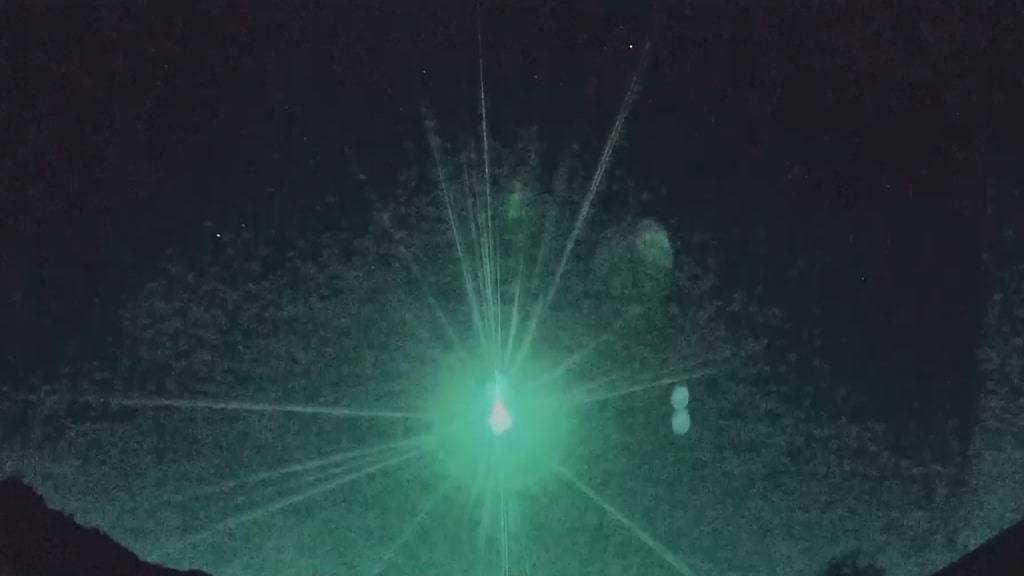 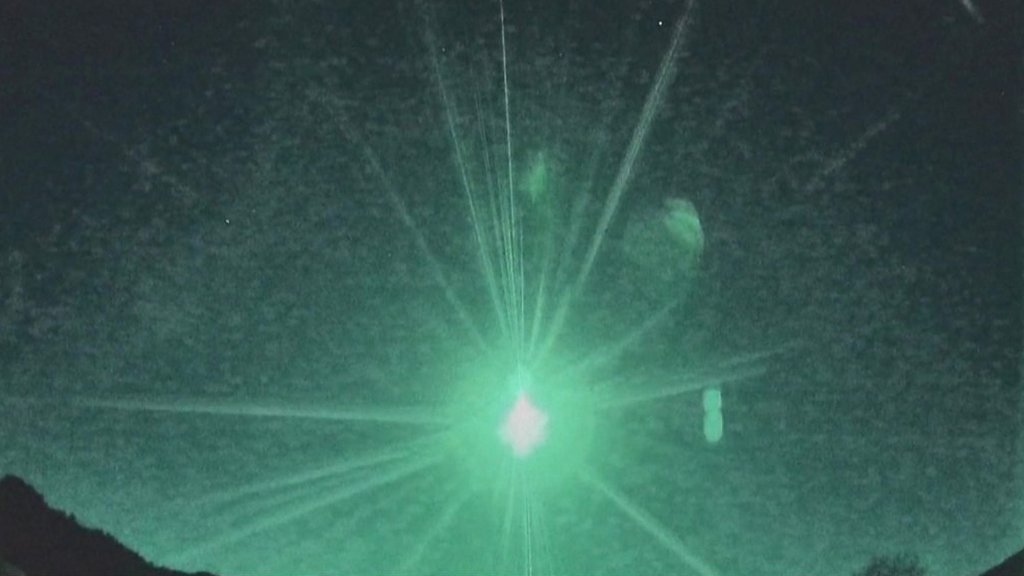 The unusually bright meteor belongs to an annual shower called the northern Taurids and was visible from large parts of Southern Norway.

🎥 Video as a separate link

🎥 Another cool video along the coast

On Saturday night, large parts of southern Norway suddenly lit up when an unusually bright meteor burned up in the atmosphere.

It was shortly after 1900 on Saturday evening that the meteor appeared in the sky in southern Norway. According to NRK, sightings and images were received from people in several cities, including Bergen, Ålesund and Stavanger.

Both police and emergency services were alerted in connection with the strong glow. On Twitter, the police in Agder, southern Norway, wrote that they had received several calls and had been in contact with the country's meteorological institute, which was able to conclude that it was a meteor.

According to the Norwegian Meteorological Network, the meteor was just west of Florø on the west coast of Norway when it burned up into the atmosphere, barely 65 kilometres above sea level.

- It suddenly became bright, so at first I thought it was a car driving with its headlights on. But then I looked up at the sky and there was a massive, blazing light shooting across the sky with a long blue tail behind it," Per Skram tells NRK.

The Norwegian Meteorological Network has concluded that the meteor has what it takes to be called a bolide, an exceptionally bright meteor. A spokesperson for the organisation tells VG that it is relatively common to see strong shooting stars, but that a bolide may only appear once a year.

The meteor is believed to be part of one of the Taurids or Leonids meteor showers.
Click to expand...

https://twitter.com/i/web/status/1595993832856092675
A bright large fireball just drifted by at 5:27:37 a.m. on November 22, 2022, as captured by a camera pointed at the eastern sky from my home in Hiratsuka, Japan. Fuji was hidden by the mountains due to the low elevation angle, so simultaneous observation was not possible. (T.Deepl)

https://twitter.com/i/web/status/1594798872680755200
This is a view of the fireball that flowed at 4:58:38 on November 19, 2022, as captured by a camera pointed high in the western sky from Hiratsuka. It was a fireball of the Taurid Southern Meteor shower, and because the radiant point was low, it streamed over a long path. It was brightened at the end.

This video has been uploaded on the American Meteor Society Website. AMS Event: 9055-2022, Report (9055o-2022) Troy, ID, US This video may not be related to a fireball event. More info: https://fireballs.amsmeteors.org/even... Do not share this video. All rights reserved
Click to expand...

onemen said:
Is it cgi ? The guy tend to post a lot of bs.
Click to expand...

It's CGI. And yeah, that guy aint worth following!

No, there was no meteorite impact in Germany!

On TikTok, that video is circulating on various channels in which it is unanimously claimed that one sees a meteorite impact in Germany: The supposed meteorite impact, Source: TikTok In a request to us, we were also told that the video was being shared by friends in the US who were concerned... 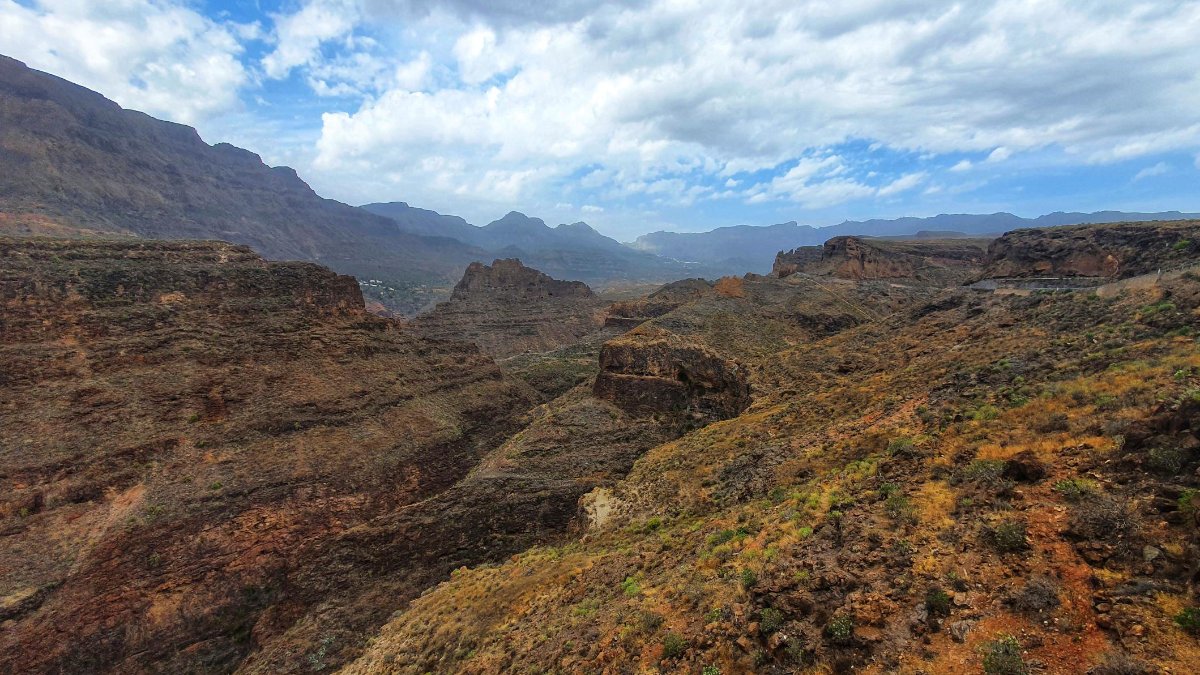 This afternoon, residents in Gran Canaria reported that a great noise was heard, along with a strong tremor that was felt practically in all the municipalities of the island.

dennis said:
A meteorite is considered the likely cause for the tremor felt in Gran Canaria
Click to expand...

https://twitter.com/i/web/status/1598060948337479682
Line1
POSSIBLE METEORIC BOLIDE TODAY OVER THE CANARY ISLANDS at 15h35m10s UT The stations
@IGNSpain detect its explosion over Gran Canaria. From @iSpaceSci @CSIC @Josep_Trigo and from #LAEGEF @mar_tapia
they point out that the wave train is characteristic of the disintegration of a meteoroid
Line-2
2) The Canary Islands Seismic Network that operates
@involcan
has also recorded this event in its seismograms. We think it is the coupled signal of a shock wave produced by a large object
disintegrating in the atmosphere at hypervelocity. From your GART seismic station

https://twitter.com/i/web/status/1597536289837834240
GREAT SPORADIC BOLIDE #SPMN291122B RECORDED TODAY at 0h03m01s TUC flying over the interior of #València . Jordi Donet
@DonetJorge captured its intense flare at an altitude of 85 km, after which this cometary meteoroid vanished. Soon on the list: http://spmn.uji.es/ESP/SPMNlist.html

The sonic boom that shook Gran Canaria is believed to have been caused by a meteorite hitting the sea.

The first investigations into the noise recorded yesterday, Wednesday, November 30, in Gran Canaria point to the fact that a meteorite may have flown over the islands and hit the sea, north of the archipelago, as reported by the president of the Government of Canaria, Angel Victor Torres, through his social networks.

Given the noise felt, especially in #GranCanaria, it must be said that no damage has been reported. The first investigations point to a meteorite that has flown over the islands and may have impacted in the sea to the north. Calm and always resort to official information.
Click to expand...

Scientists consulted by @112canarias attribute the rumble to a powerful acoustic wave that has furrowed the sky of #GranCanaria.It is ruled out that it was caused by a jet plane, seismic movement or explosion by activity or fire. No damage has been reported
Click to expand...

https://twitter.com/i/web/status/1598033240115531776
In a statement, the Ministry of Public Administrations, Justice and Security has specified that it is believed that the fireball or meteorite most likely hit the atmosphere at the height of Gran Canaria.

At 15:35 yesterday November 30, the #IGNSpain recorded in several stations of the National Seismic Network in #Canarias the occurrence of an event. At that time coincides with a rumble felt by the population in Gran Canaria with vibration of window panes.
Click to expand...

https://twitter.com/i/web/status/1598304767947997184
According to the Ministry, the 112 operating room in Santa Cruz de Tenerife received several calls from the south of Tenerife, La Palma and La Gomera, reporting the appearance of a beam of light and a column before the explosion itself was heard.

Fortunately, no personal or material damage was reported. 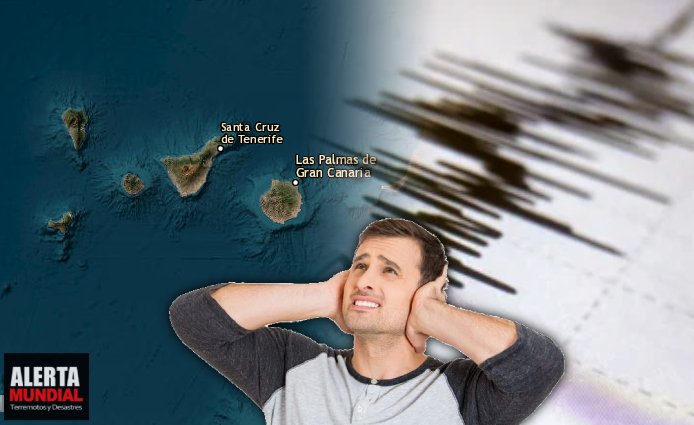 More than 916 witnesses reported seeing the bright meteor streaking across the sky.

The streak of light that streaked across the sky on Thursday (Dec. 1) around 7:30 p. m. EST (0030 GMT Dec. 2), was seen by at least 737 witnesses in the states of Michigan, Indiana, Ohio, New York, New York, Pennsylvania, Virginia, Virginia, Maryland, Tennessee, and South and North Carolina according to the American Meteor Society (AMS). Sightings were also reported in the Canadian province of Ontario.

Quite a few bell cameras as well as meteocams (cameras pointed skyward to capture fireballs) captured the meteor , prompting its owners to proudly share the images with the AMS and on Twitter.

His tweet prompted quite a few responses from other lucky witnesses.

On November 19, fragments of a 1-meter (3-foot) space rock fell in the same region on the shores of Lake Ontario. Astronomers detected that space rock three hours before it entered Earth's atmosphere and were able to calculate where it might hit the ground. The rock was only the sixth detected before it crashed into our planet. 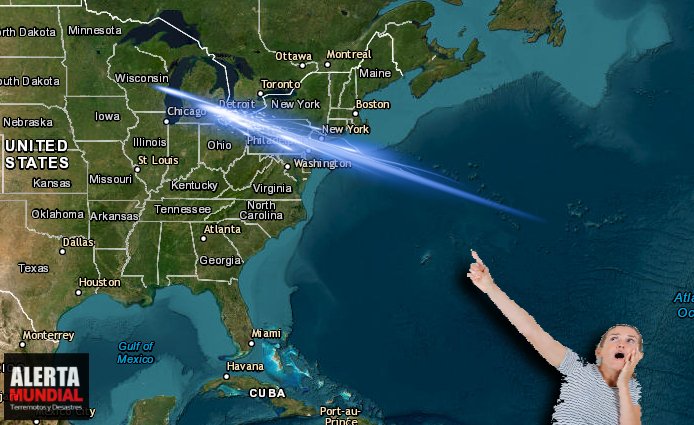