(Not that it's all "true" but pretty interesting.)

It does appear to fit the understanding we have for portholes and the type of creature that would come out of them.

It was said to be a porthole for monsters of all types. Such as human animal hybrids.

The leader (God) was a reptilian.

Also, Giants who feed on people. Even had a recipe for cooking them in corn meal. The video speculates they were Nephilim.

A couple of the glyphs looked like moth men.

The Indians eventually moved out of the area for the obvious reasons.

The makers of the video went to Chaco Canyon and when they couldn't find the more interesting petroglyphs, they asked the park ranger where they could find these particular petroglyphs and the ranger replied those are off limits to the public. But they did find some of them on the park videos in the visitor’s center (show in the video) and wondered just what other glyphs where no for public viewing? 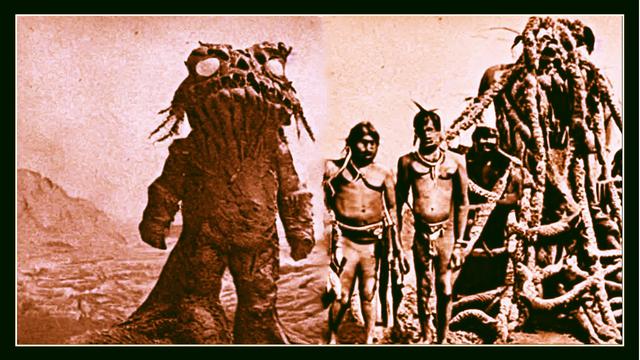 FOTCM Member
It seems that the HISTORY Channel may very well be part of the process of the Imminent Alien Disclosure program.

The Twitter #ufo community seems to be on fire lately with gobs of CGIs while mixed the real thing.

A new subterranean realm is discovered deep in the caves of Vietnam, in this clip from Season 18, "Secrets of Inner Earth."
Click to expand...