Russian Experts: The US Bears “Partial Responsibility” for the “Human Error” Which Caused the Ukrainian plane crash – PaulCraigRoberts.org

I found interesting article on Duran about partial US responsibility for the human error which caused Ukraininan plane to crash. Originally it's from russian millitary site: Avia.pro. Global research made translation from Italian web site Corriere PT.

In a nutshell the conclusion is following:

Relying on military experts, the report intimates that the incident bears a canny (point by point) resemblance to the destruction of a Russian IL-20 in Latakia, Syria in September 2018. (...) “According to experts, the US military had deliberately changed the information on the Ukrainian Boeing 737 flight, making it a real target for the Iranian air defense systems.”

Perhaps this is interesting article for mama Sott. 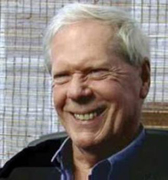 According to Russian Experts: The US Bears “Partial Responsibility” for the “Human Error” Which Caused the Ukrainian plane crash – PaulCraigRoberts.org

A Russian military site Avia.pro has addressed the issue of “human error” relating to the crash of Ukraine’s Boeing 737 [departing from Tehran] on January 8, minutes after takeoff, which resulted in the death of 179 passengers and members of the crew.Relying on military experts, the report...