Ambassador
FOTCM Member
If you have an aging pet (either a dog or a cat), then this information may be useful for you.

Just like with humans, animal's aging brain goes through various gradual changes. Some of them are due to a natural wear, some of them due to an accumulation of free radicals, beta-amyloid plaques, and other degradation processes.

Unfortunately, in many cases it isn't possible to reverse the process, but perhaps keep it manageable. But first, what is cognitive dysfunction, and what are its signs in dogs and cats?

Cognitive dysfunction syndrome (dementia, senility) is a condition related to the aging of a pet's brain, which ultimately leads to changes in awareness, deficits in learning and memory, and decreased responsiveness to stimuli. Although the initial symptoms of the disorder are mild, they gradually worsen over time, also known as “cognitive decline.”

In fact, first clinical signs of cognitive dysfunction syndrome can be found in dogs above age of 7 years, and in cats above the age of 11-12 years.

And it is important to know that without any treatment the situation is only going to get worse withing the next 6-18 months from the appearance of the first symptoms.

Some symptoms are different for cats and dogs, and some are the same.


If you answered yes to any of these questions, then your cat or a dog is in fact showing at least one of the signs of feline or canine dementia, or CDS.

Causes may vary. Genetic factors may predispose an animal to develop the condition. But as we know, diet and environment also play a big role. We may not stop this process, but we can postpone it as much as possible, or perhaps make it milder and manageable, and to allow your pet to age with grace.

There are many physical and behavioural similarities between CDS in pets and Alzheimer’s disease in humans. Both diseases are likely caused at least in part by physical changes related to decreased blood flow to the brain and an increase in free radicals. The older the body gets the more free radicals it produces and when combined with decreased blood and oxygen flow, these molecules wreak havoc on the particularly sensitive and fragile cells in the brain. All this damage also leads to the deposition of protein ‘plaques’ around the nerve cells, making it even harder for signals to make it through. The end result is a collection of tired, damaged and dirty cells trying unsuccessfully to maintain normal brain function.

The longer this process goes on, the harder the pet finds it to do the simple things that used to come so naturally. For example cats may forget where the litter tray or cat flap is, resulting in poor toilet habits. Changes in sleeping habits and activity levels can lead to increased stress, which in turn can result in loud, seemingly pointless crying. Meals are forgotten and relationships with both human and animal housemates may suffer. Nobody wants to see their pet experience this kind of stress, yet in reality, most of the time the symptoms of CDS either go unnoticed or are simply put down to ‘getting older’ and as a result, nothing is done about it.

You will need to give a thorough history of your pet’s health to your veterinarian, including the onset and nature of the symptoms and possible incidents that might have precipitated the unusual behaviors or complications. He or she will then perform a complete physical examination to evaluate the overall health status and cognitive functions of the pet. Routine blood tests, ultrasounds, and X-rays are also employed to rule out other diseases that may lead to behavioral changes associated with cognitive dysfunction syndrome.

Pets with this cognitive dysfunction syndrome require life-long therapy and support. However, your help can make a world of difference when it comes to improving your pet's cognitive functions. For example, although it will not “cure” your pet, maintaining a healthy and stimulating environment will help in slowing the progression of “cognitive decline.” This typically involves imposing a daily routine of exercise, play, and training.

Changing pet's environment to support their condition can be also an enormous help.

Some of the things that owners can do at home to help cats with dementia, include: 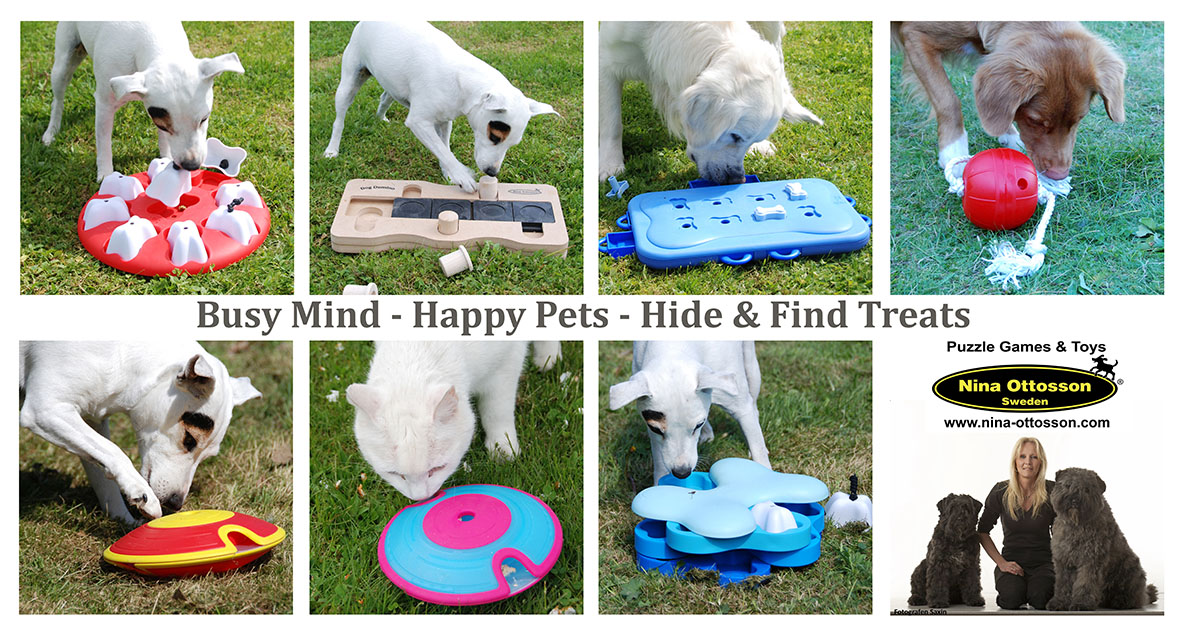 Some pets may not like it and find it stressing, so you have to test it individually. But there is no doubt that in many cases games like this can help your pet;s brain to remain sharp.

Here are some recommended supplements. Their ingredients appear to be natural and worth trying. Perhaps you could mention these names to your veterinarian and see what they suggest.

As was already mentioned, various antioxidants, vitamin E and C, selenium, flavonoids, beta carotene, carotenoids, Omega-3, and carnitine are good for the brain. Also melatonin, since maintaining proper circadian rhythms translates into a proper sleep. Also curcumin and gabapentin. I don't mention any antidepressants, since there are natural things you can try first. Also coconut oil.

There are also several products:

You may do your own research and then try them out, or you may ask for your veterinarian's opinion.

Now, in some cases senior pets may have additional and more worrying symptoms like having a vestibular syndrome (being dizzy), or having seizures. These conditions usually require additional diagnostics in order to prescribe medication, but seizures are usually being treated with phenobarbital. Not sure if you can get it without prescription, but you do need to consult your veterinarian about the dosage since it can have an effect on the liver.

Moderator
FOTCM Member
And if you can do it, why not a neuroptimal session!

FOTCM Member
Thank you very much Keit! for all this information.
Crikett, the dog in the video, is cute! even seniors, how much we love them. But with your information we will be more aware when the time will come.

One of my dogs is having issues with seizures which is quite taxing on his body, he’s 9 years old, and this post came right on time!

I will look through the material and read up more on the supplements. But ultimately will have a chat with their vet.

Once again, thanks a million

Keit, does vitamins has to be specifically made for dogs or can we give them our vitamins? I have a dog that have a flesh problem, this week I will bring to her to the vet, but I was wondering.
A

FOTCM Member
Thank you for this information Keit! My 20 year old cat has a lot of these symptoms.....she howls in the night and she never used to do that....she also misses the litter box occasionally

I leave food for her all the time because she wants to eat constantly. It’s alnost like she forgets that she just ate

My old dog is 13.5 yo - over the average lifespan for her breed and is indeed exhibiting some of the symptoms listed.

I only have one bed for her, but since she generally wants to be in the same room that I'm in, I usually move it around with me if I'm going to be in any one room for a length of time.

She is displaying urinary and fecal incontinence, and this is more likely to happen if she is in a deep sleep. Her cushion has a moisture resistant cover and I've had additional covers made to go over this and put an old towel between the layers so it can be easily changed. If she has an accident I also wipe the original cover over with vinegar - that breaks down the smell of urine - when I change the top cover and towel. She won't use her bed at all if she can smell urine on it.

She also gets confused. She frequently 'knock's' on a door if she want's to be let out. But it's almost as if when she gets out, she has forgotten why she wanted out in the first place so turns around and 'knock's' to be let in again.

Her appetite is still good. She has always been a 'hoover-hound' and would still eat way too much if I allowed it.

She is losing proprioception to her back legs and feet and had started falling over. When she was having difficulty getting back up I bought her some rubber coated socks for to assist with this.

She has also lost some sight and hearing which is to be expected.

. The incidents of incontinence have decreased and where I would have been changing and washing her bedding two or three times per week, I've only done one wash in the last month that was due to her incontinence. She is falling less frequently, over the last month she has had only one day when she fell a few times. She sometimes seems as though she is about to fall, but is able to catch and steady herself.

She still has confusion over going in and out of the door though.

At her age, I know that I'm probably not prolonging her life by much, but I'm glad that she seems more comfortable and happy in general.

loreta said:
Keit, does vitamins has to be specifically made for dogs or can we give them our vitamins? I have a dog that have a flesh problem, this week I will bring to her to the vet, but I was wondering.
Click to expand...

Well, it depends. In many cases you can use the same vitamins or products, and in some have to be specific.

And what do you mean by flesh problem? A skin problem?

Keit said:
Well, it depends. In many cases you can use the same vitamins or products, and in some have to be specific.

And what do you mean by flesh problem? A skin problem?
Click to expand...

Thank you Keit. Yes, I mean skin problem. She does not stop to lich her paws and now I saw that she is loosing he hair in her back. I started to give her Omega 3. I will buy her some other vitamins but before I will bring her to the vet.