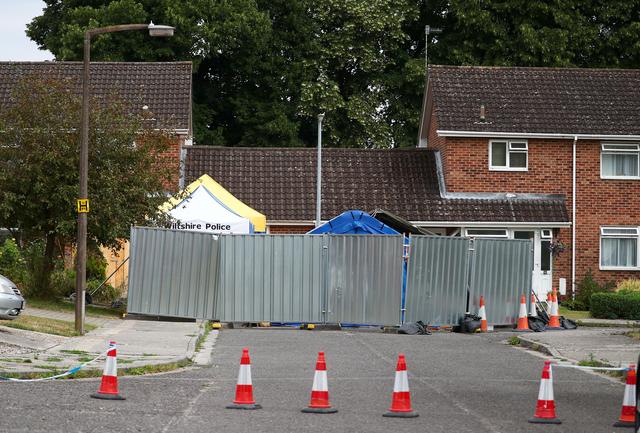 U.S. President Donald Trump has imposed another round of sanctions on Russia over the poisoning of a former spy in Britain, the White House said on Friday, a move Moscow said would hurt already strained U.S.-Russia ties.

Washington imposed an initial batch of sanctions last year on Russia after determining that Moscow had used a nerve agent against a former Russian double agent, Sergei Skripal, and his daughter Yulia, in Britain, which Moscow denies.

“After the first round of sanctions in response to Russia’s assassination attempt against a private citizen in the UK, Russia did not provide the assurances required under U.S. law,” said White House spokesman Hogan Gidley.

“So we are imposing a second round of sanctions. It’s another instance where we’re proving tougher on Russia than previous administrations.”

Russian Foreign Ministry spokeswoman Maria Zakharova says that US sanctions imposed on Russia over the Skripal case is a blatant provocation designed to create a propagandist effect.

Ambassador
FOTCM Member
If not so sad, it is pretty funny this drawn out 'drama' of the alleged/fabricated Russian villain Novichok men - now there is three, sort of, if there is one, that have and have not been charged (they can't decide), as it keeps going and going over the years like the Eveready

Three years later, almost to the day, the Met evidence against Sergeyev (Fedotov) is, according to Haydon: “Enquiries identified a man known as ‘Sergey Fedotov’ entering the UK at approximately 11:00hrs on Friday, 2 March 2018 on flight from Moscow to London Heathrow. This was around four hours prior to Petrov and Boshirov arriving from Moscow into Gatwick Airport. Detectives identified that Fedotov stayed at a hotel in central London between 2 March and 4 March 2018. Tests were carried out in the room Fedotov is believed to have stayed in, but no traces of Novichok and no risk to the public were identified from these. Evidence gathered by the investigation team suggests that Fedotov met with Petrov and Boshirov on more than one occasion in central London over the course of the weekend. Fedotov left the UK on Sunday, 4 March 2018 on a flight to Moscow departing from Heathrow at approximately 13:45hrs.”

All that is missing from the police statement on Sergeyev (Fedotov) is evidence of the alleged weapon, the alleged motive, the alleged intention, and the alleged opportunity to attack the Skripals in Salisbury, 90 miles southwest of London.

A Freedom of Information request was filed with the CPS to clarify whether it had put its arrest warrant where Haydon’s mouth said it was. The official reply is that it has not, but that the prosecutors are “in the process of applying for an arrest warrant for Sergey Fedotov”.
Click to expand...