Some comments on information theory

BHelmet said:
And that brings me back to non-Euclidean Geometry. What if there are TWO (or more) mathematics with different laws that apply in different circumstances AND/OR different realms? Isn’t this a huge problem? Falling prey to looking for the one-size-fits-all solution?
Click to expand...

Non-Euclidean geometry is just one example of a Riemannian space with constant curvature. In differential geometry we have tools for studying all possible geometries. You have learned about non-Euclidean geometry and got impressed. But you did not learn Riemannian geometry and Kaluza-Klein theories. Non-Euclidean geometry was a tip of an iceberg, and the whole iceberg had been discovered later.
The same with information theory. We now have a tip of an iceberg, and the whole iceberg is being slowly and painfully discovered now, by many researchers working in this direction. The hidden dimensions of information are still hidden from us today. But they will come out. 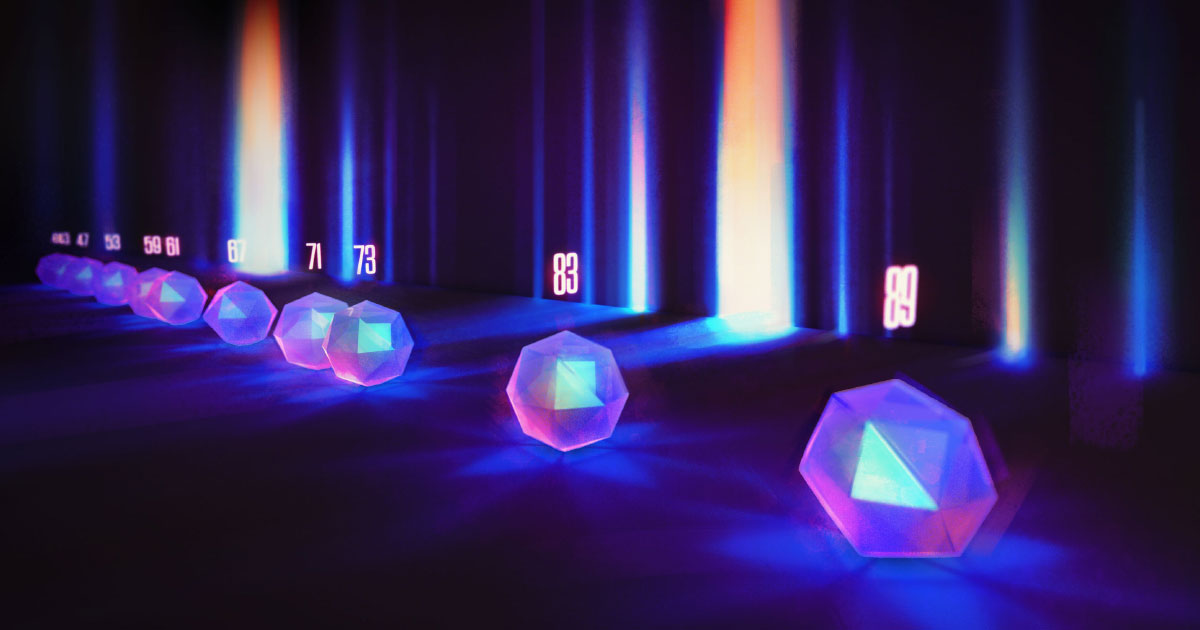 When a crystallographer treated prime numbers as a system of particles, the resulting diffraction pattern created a new view of existing conjectures in number theory.

BHelmet said:
I agree, we have no idea what consciousness is, and yet I think we have it. There is a high degree of possibility that we all at least have some modicum of consciousness or we wouldn’t be here discussing these things
Click to expand...

Who has "more conscience", a person in a state of medical coma or a person with his brain functioning optimally?

The "machine" and its operation are the trees that do not let us see the forest.

In Joe's Descriptions of the "afterlife" thread, it can be concluded that "consciousness" is more than just the "machine".

Wandering Star said:
The "machine" and its operation are the trees that do not let us see the forest.
Click to expand...

Yet the "machine" and its operation allow us to explore these realms, even with a "bird's eye view", and increase our consciousness. So perhaps physicality, like technology, is something of a double-edged sword?

Who has "more conscience", a person in a state of medical coma or a person with his brain functioning optimally?
Click to expand...

"Organic portal" or a zombie may have his brain functioning optimally. Does it have a consciousness/conscience? What kind of consciousness? What level of consciousness? Higher than that of a machine? I think that it is impossible to understand the concept of consciousness without understanding what a "soul" is. I know I am making the subject more complex than, perhaps, it should be. But perhaps not?
Last edited: Oct 26, 2021

That being said I have posted something a couple of years ago that begins with the foundations and fundamentals per se. In fact, I thought about it for months and finally got the courage to post it back in June of 2019. It never garnered a response, so I pretty much assumed that if it was viewed or read that it was probably just more self illusion and nonsense on my part and not of value.

Some recent coincidences have made me re-think that. There is a possibility that it was never noticed. It still could be nonsense and self illusion. I will mention it once again in case it does have anything of value. Maybe it can just contribute to thinking about the roots of mathematics itself in simpler terms.

The Ark two hats session with Joyeaeia of 18 May 2019, spurred me on to make the first post. The latest session with Gloriaea in excelsis along with this thread and a couple coincident threads, has made me decide to mention it once again.

In short, I came up with a product over the primes over the rationals with a real valued variable in the exponents of each prime power series that my limited 12th grade education cannot find whether it even exists in the available literature. That is probably due to my American 12 grade education. The C's did tell us that the secrets of all existence dwell within the rationals.

Anyway, in it I think it satisfies many of the sessions descriptions of what we are supposed to be looking for.
Gravity, consciousness, the synchronous relationship between consciousness and gravity, 'Both times 2 is your square, my dear. In other words, perfect balance.', 'the reals begin to reveal their perfectly squared nature to you', and other clues also. Since I posted it two or so years ago I have also come to see the possibility that it also may have the two loops of the cylinder, one that is 'Included, but not inclusive' and a second one that is even larger and does encompass the whole perfectly square structure.

The attached pdf to the above mentioned thread.
https://cassiopaea.org/forum/attachments/biverse-pdf.30495/

I am sorry if this is seen as a hijacking of this current thread and I apologize if my thoughts have already been assessed as nonsense or if it ends up being just nonsense.
Click to expand...

I don't think what you are doing math-wise is wrong; looks like a few operations on a known converging series. You really can't do physics just by jumping in quickly with math like that; you have to be going after patterns in particle types and calculations like force strengths and handling odd things like relativity and quantum mechanics. Playing with numbers though is fun. Have you looked at surreal numbers; they kind of do the infinity vs infinitesimal thing via a branching loosely like you are doing. 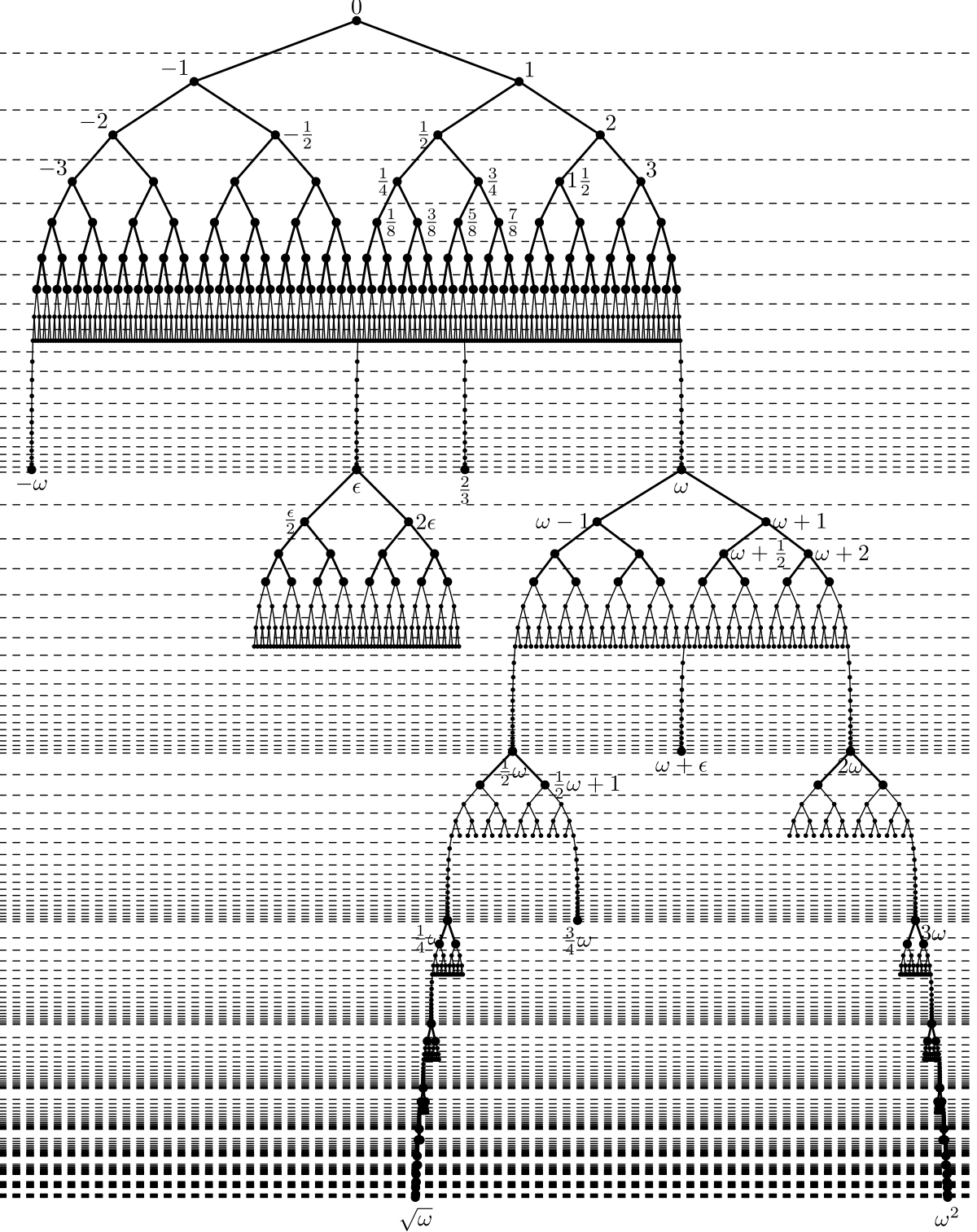 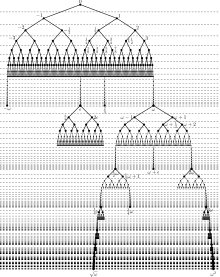 I could see things like prime numbers and surreal numbers being related to branching in quantum physics but I can only say that, I can't show that.

ark said:
Non-Euclidean geometry is just one example of a Riemannian space with constant curvature. In differential geometry we have tools for studying all possible geometries...

These seem very you to me:

G-structure on a manifold - Wikipedia

ark said:
"Organic portal" or a zombie may have his brain functioning optimally. Does it have a consciousness/conscience? What kind of consciousness? What level of consciousness? Higher than that of a machine? I think that it is impossible to understand the concept of consciousness without understanding what a "soul" is. I know I am making the subject more complex than, perhaps, it should be. But perhaps not?
Click to expand...

Definitely not, in my book. I have memories of events/experiences prior to this life: between lives, and of choosing my parents. These came prior to my being imbedded in 'my' current machine. Unless you are in coma, how can anyone say where the consciousness has 'gone'? I remembered a dream the other day which I had never consciously recalled in waking life and yet my sense of it in the actual dream was "Oh, here I am AGAIN in this same place/same situation." It was familiar in the dream state (which is some kind of conscious awareness) and in my waking consciousness it was as if new, and yet when I awoke I was surprised because I had never remembered it before.

Regarding observation. As I observe the events in my dreams, the observer only sees 180 degrees. The observer never sees behind. And the observer is never the central character, which is, technically speaking, supposed to be me.

So, I think it is indeed complex.

ark said:
The problem is with your presentation of the results. In mathematics we have definitions and theorems and proofs. Can you condense your results in a theorem, clearly stated, and a proof, clearly written? Then perhaps it will be readable.
Click to expand...

Thank you. I will try/

Q: The Men in Black are not real in our physical terms?
A: Partly correct. You do not understand technology but we will describe it if you like. First we must explain further “time travel” because the two concepts are closely related. The first step is to artificially induce an electro-magnetic field. This opens the door between dimensions of reality. Next, thoughts must be channeled by participant in order to access reality bonding channel. They must then focus the energy to the proper dimensional bridge, the electrons must be arranged in correct frequency wave, and then the triage must be sent through realm curtain in order to balance perceptions at all density levels. Triage is as follows: 1. Matter; 2. Energy; 3. Perception of reality.

I just read this in the "Wave" series and it might suggest some idea of mathematical application.

I've been off reading about Riemann, Euler and looking for visual representations of their work.

BHelmet:
As I observe the events in my dreams, the observer only sees 180 degrees.
Click to expand...

were there "other entities" in the periphery?

Have had a vivid dream some years ago where I was observing the repairing/replacement of water pipes on a college campus while a swimming meet was going on and a basketball tournament and the task was to replace the pipes under the ball court at 90 degree angles to the old ones while the game was going on (basketball courts do not have pipes underneath them). IRL I've done some sprinkler fitting and plumbing work. I don't recall actually being one of the workers in the dream I was just there, but there were a couple of "shady characters" (without color, them or their clothing) that were different from the people in the dream.

This is not yet within the mathematical framework that I am aware of. And I have no idea how deal with this concept. Perhaps via the extended "information theory". But how? Million dollar question.

Mr Riemann 's "hoops" all came back through 0.5 (critical line) when he was trying to solve for 1.0 or was he trying to prove that no primes deviate from that line?
. That is how I understand it after watching the video below. (Its 16 minutes)

dennis said:
Mr Riemann 's "hoops" all came back through 0.5 (critical line) when he was trying to solve for 1.0 or was he trying to prove that no primes deviate from that line?
. That is how I understand it after watching the video below. (Its 16 minutes)

My very good friend from Poland (Marek Wolf) recently coauthored the paper: The Riemann Hypothesis is is most likely not true

Thank You ark and happy birthday! I'll have to read that paper a few times and in between have the puzzle in mind while I go about my doings.

One other type of work I've done is heavy equipment repair. The master mechanic I was with really knew his stuff. When I asked "how tight should i make this bolt" he would say "take it as far as it will go and then give it another quarter turn."
You must log in or register to reply here.
Share:
Facebook Twitter Reddit Pinterest Tumblr WhatsApp Email Share Link
Top Bottom