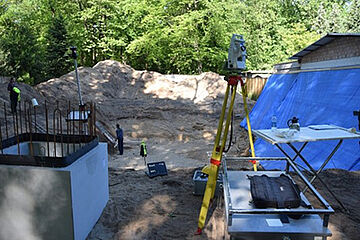 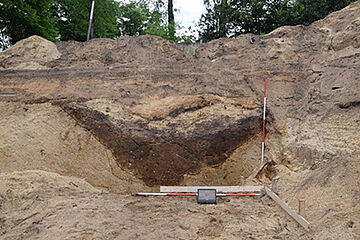 
Archeologists in Nijmegen have found a section of wall belonging to an ancient Roman aqueduct which once ran from the hills outside Berg en Dal to the legion camp stationed in Nijmegen, the city said in a statement (Dutch only) on Saturday. The structure was discovered 3 meters below the surface of a construction pit, and archeologists suspect it may have been the remains of a gutter through which water flowed, according to the municipality.

The Romans are likely to have used the aqueduct to channel drinking water to a nearby legion of about five thousand soldiers in what would be the present day neighborhood of Hunnerberg on the city's east side. "From about 71 AD, on the Hunnerberg lay the only legion in what is now the Netherlands: the legio X gemina," the city said in a statement. "A military city (Canabae legionis) was founded around the camp, where thousands of people also lived and worked. It is estimated that at least 10,000 to 15,000 people lived on the Hunnerberg. The daily need for clean drinking water was greater than what was available locally. The Roman solution is the aqueduct."

The site was closed off after archeologists took samples to learn more about its function. The find is part of a broader protected historical site which is currently seeking status as a UNESCO World Heritage site. The submission was made by 20 Dutch municipalities, three Dutch provinces, and two German states, with a decision expected next year.

The Zuid-Holland town of Voorburg and Nijmegen in Gelderland are the only two Dutch cities that can trace their origins back to Roman times. The settlement of Noviomagus first received city rites in 98 AD.
Click to expand... 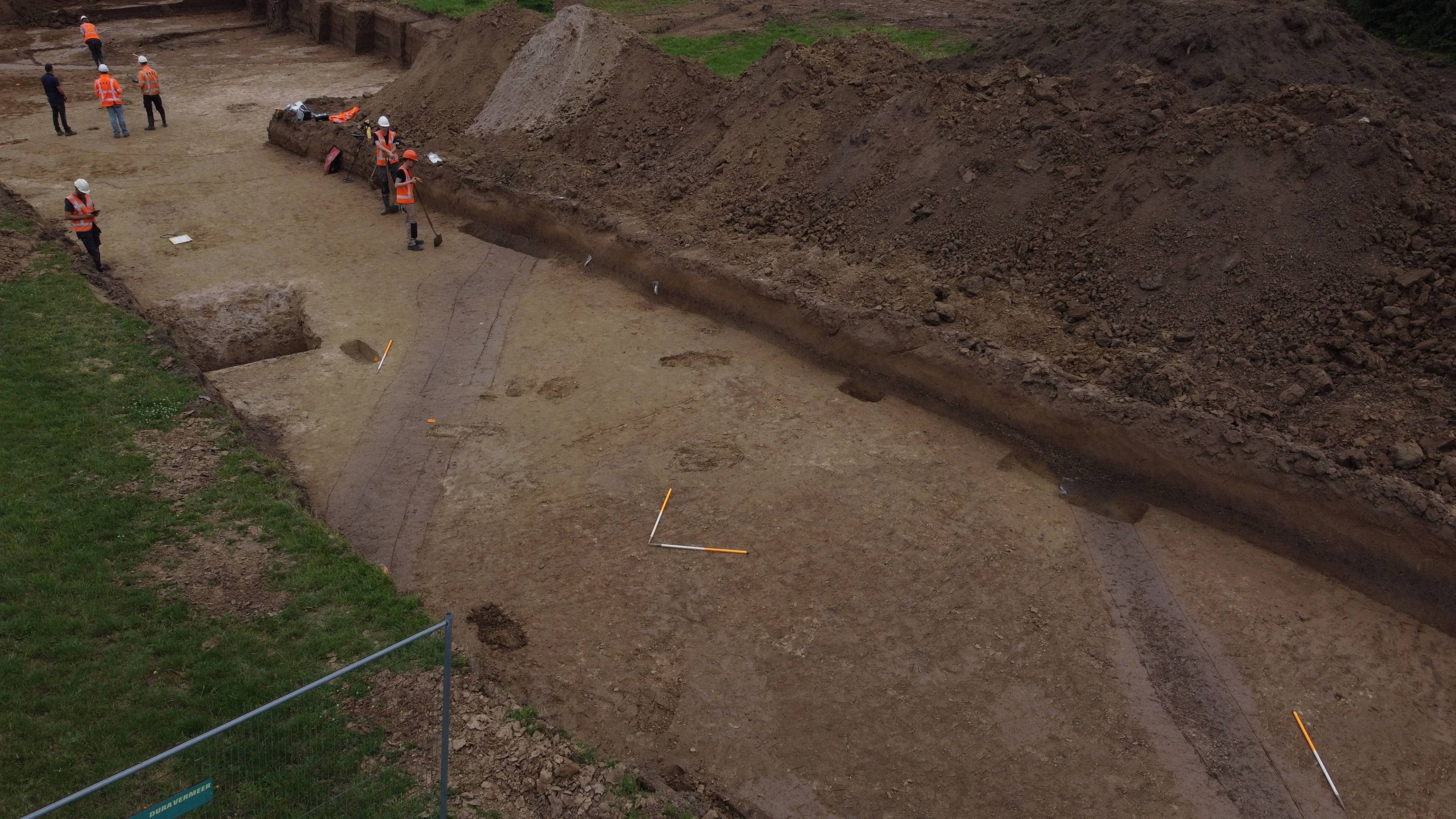 Reinforcement work on the Waaldijk near Nijmegen has uncovered traces of a road and a canal dating back to Roman times. Both discoveries provide new insights into the Roman road network, archaeologists say.

The canal, ten meters wide, probably served as a connection between the Waal and the Rhine. Nijmegen was an important city in Roman times. "The Rhine was the border of the Roman Empire at that time and many soldiers were stationed there," says archaeologist Eric Norde. "Through the canal the soldiers could move easily and heavy building materials and food could be delivered." 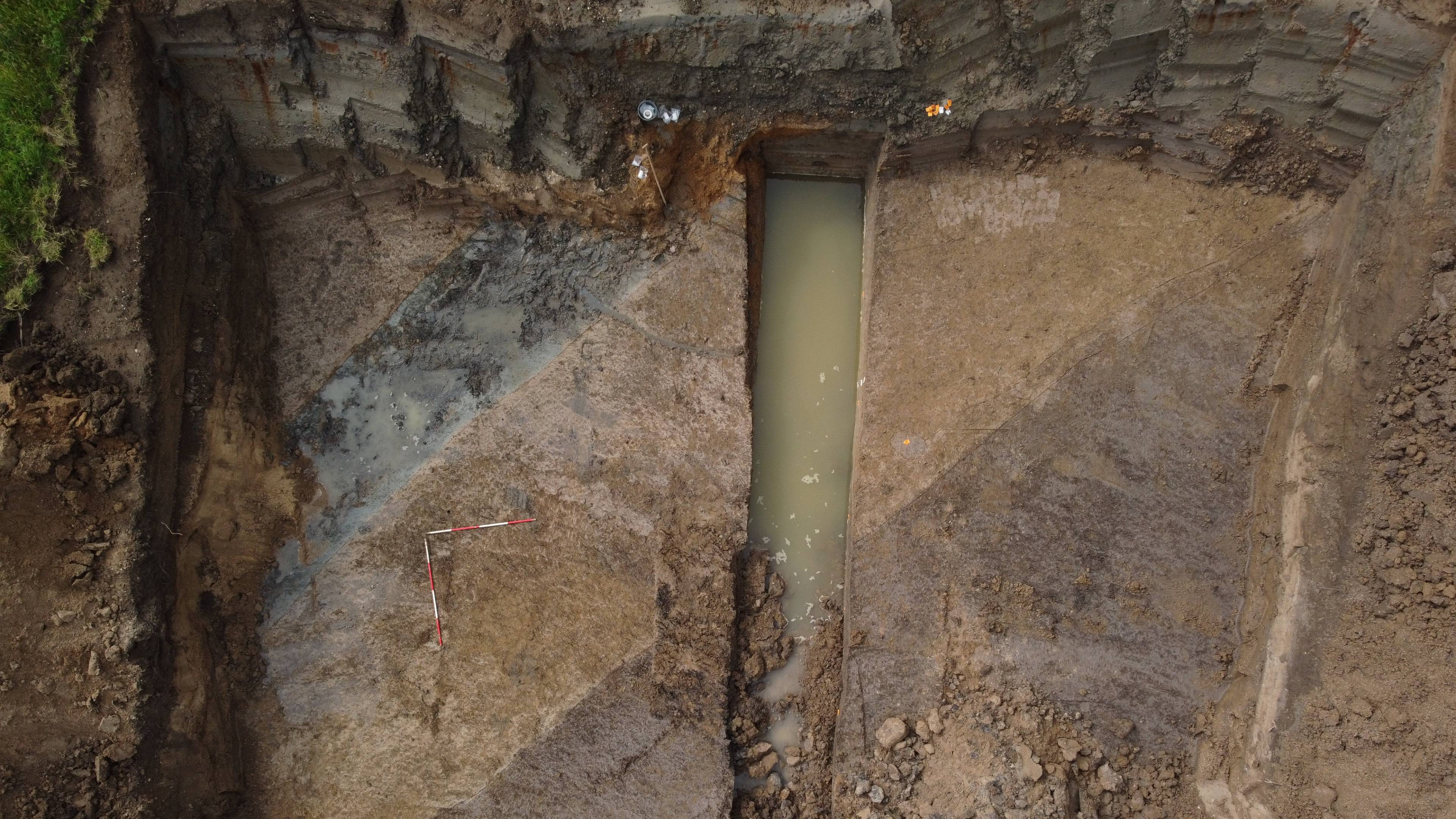 The canal is visible as a pale yellow course within the brown natural ground - Image: RAAP

The road also likely played an important role at the time. "It makes complete sense that they built this, but we didn't have any evidence of it before," says Dr. G. Hubbard. This is a gravel-paved road, built over 2,000 years ago. Paved roads from the Roman era are very rare.

During the work, a skeleton dating back to the time of Charlemagne (around 800) was found earlier at a depth of one meter. That skeleton has now been transferred to the archaeological depot of the province of Gelderland.

Project leader Norde is proud of the discoveries. "With the road and the canal we have now found a spectacular connection in the road network. First, of course, you have to be sure that it's right, but the more archaeologists confirmed it, the clearer it became that we had really stumbled upon something very special. And that's pretty cool."