Investigation into cause of death
Dead humpback whale washed ashore on Vlieland, first time in 10 years 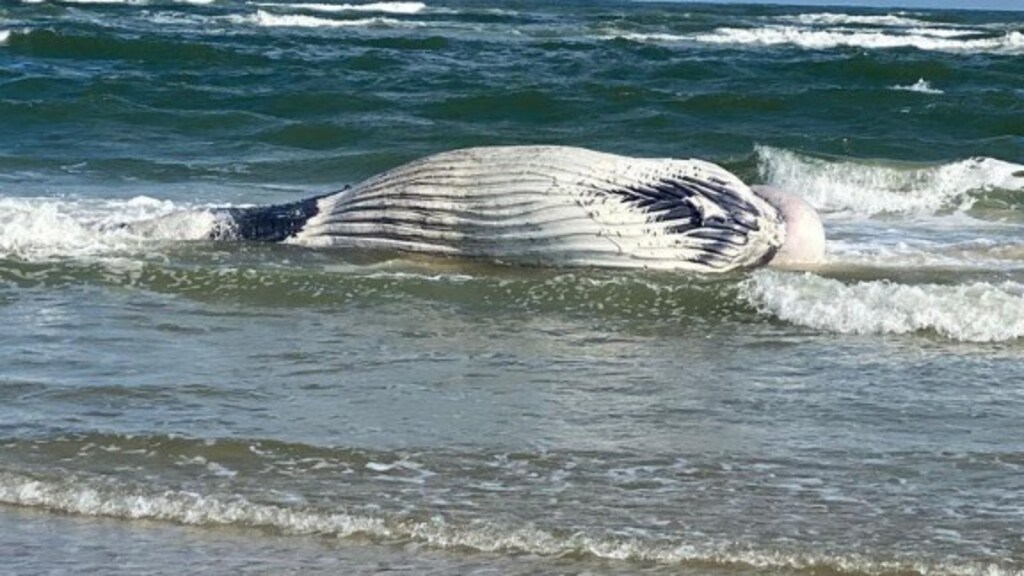 A dead humpback whale was found on Vlieland this morning. The animal was lying on the Vliehors, a western strip of beach on the island. The humpback was seen off the Belgian and Dutch coasts in May and June, reports the SOS Dolphin Foundation, based on its external characteristics.

According to the website walvisstrandingen.nl, this is the first time in 10 years that a humpback has washed ashore in our country. Then it happened on 12 December 2012 on the uninhabited small island of Razende Bol, near Texel.

At the time, the washed-up humpback even was given a name: Johannes. The animal washed ashore alive, and died a few days later. Two veterinarians actually injected the animal to put it out of its misery, but that did not work. Later the animal died anyway of acute muscle damage (in Dutch). 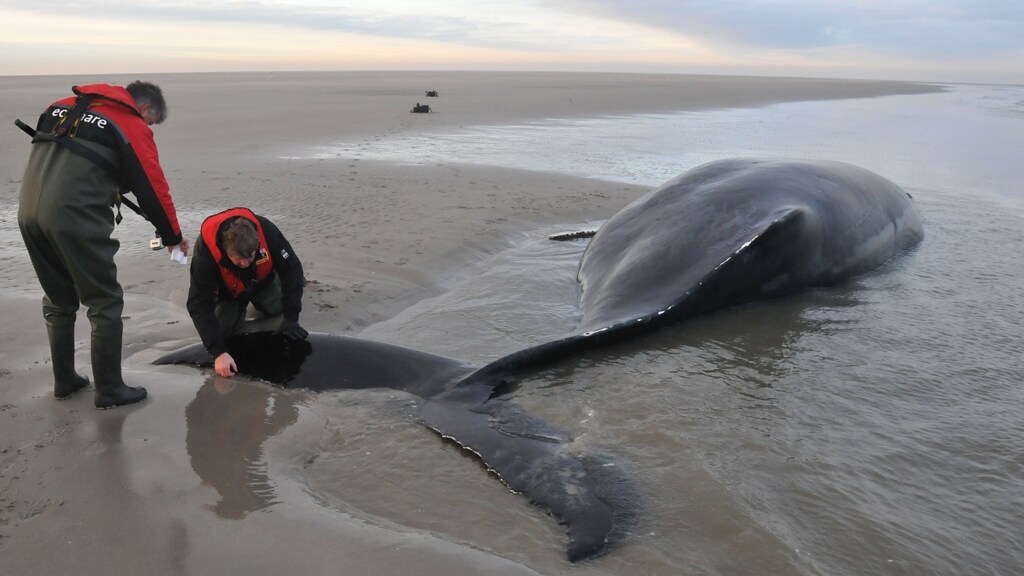 According to a spokesperson for SOS Dolphin, the animal found on Vlieland is now being examined by researchers from Wageningen University, Utrecht University and Naturalis. The animal will be towed to Harlingen. "There it will be examined what the cause of death is," said the researchers.

The stomach contents of the animal will also be analyzed. "That can provide important insights into whether the humpback whale has been feeding in the North Sea."

[...]
People discovered the dead animal today at 09:30 at De Vliehors, the sandy area on the west side of Vlieland. This area is military training ground and visitors are not allowed on the beach there. According to experts, the whale is seven meters long, which means that it is still a young humpback. Adult humpbacks can grow much larger.
[...]
Click to expand...

A humpback whale which washed up on the beach on the Wadden island of Vlieland on Monday probably died of starvation, an autopsy on the animal’s body has found.

IJsseldijk said the whale was only a few years old and may not have been experienced enough to source its own food.

‘Whales don’t drink, they get their moisture from food,’ she explained. ‘She was a young lady, weaned and supposed to find her own food. That is always a critical time in the life of a cetacean.’

The whale was spotted in late May by fishermen near Zeeland and then off the coast at Den Helder.

Humpback whales have been ‘exploring the North Sea’, Jaap van der Hiele of sea mammal rescue service EHBZ told NOS at the time. ‘A couple of years ago one turned up off the coast of Vlissingen and in the Oosterschelde. They are perfectly able to swim in shallower waters so they are not in danger,’ he said.

IJsseldijk is now in the process of examining the contents of the whale’s stomach and intestines. The animal’s skull and pectoral fins will go to natural history museum Naturalis in Leiden for further study.

Naturalis researcher Peter Kamminga said the dead whale was a ‘great opportunity’ for Naturalis. ‘We hardly ever get to study a dead humpback whale. The last time was 10 years ago when we examined humpback whale Johanna (in Dutch),’ Kamminga said.
Click to expand...