Source: Mushroom never seen before in the Netherlands pops up in Drenthe - DutchNews.nl

Mushroom never seen before in the Netherlands pops up in Drenthe 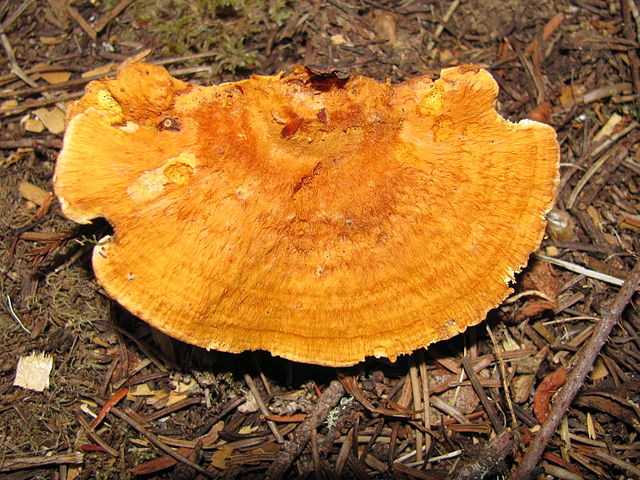 
In national park Drents-Friese Wold a species of mushroom has been found that had never been seen before in the Netherlands, RTV Drenthe reports [in Dutch].

Pycnoporellus fulgens, which has no Dutch name because it never needed one before, only occurs in ancient pine forests where human intervention has been kept to a minimum.

‘The find shows that the beautiful old pine forests in Drenthe can be compared to the natural, unspoiled pine forests in Scandinavia,’ said mycologist Rob Chrispijn who discovered the mushroom.

The species is rare and usually grows in mountainous areas. Mycologists are now trying to find out why the mushroom suddenly put in an appearance in the lowlands.

The Dutch Mycological Society has proposed to name the species the ‘Oranje sparrenhoutzwam’, or Orange spruce-wood mushroom.
Click to expand...