The sea was angry that day, my friends!


https://twitter.com/i/web/status/1084361349956816897
Translated from Arabic by Microsoft
A frozen American ship in a rare scene and the United States has not seen this freeze for 47 years, according to the source


https://twitter.com/i/web/status/1137082885939314689
Translated from Spanish by Microsoft
Proud to Have you!!! -Rescue of a sailboat in the middle of a very thick sea with waves of between 4 and 6 meters and winds of 120 km/h -The crew of #Helimer401 the @salvamentogob based in #ACoruña rescued yesterday to the 5 sailors of the sailboat #LoaZour

Seven rescuers were aboard a SNSM boat that was overthrown by the swell off Les Sables-d'Olonne. Three of them died. They came to rescue a fishing boss domiciled in Oléron.

In the midst of the storm Miguel, a ship of the National Society for Rescue at Sea (SNSM) has returned to the open sea off the Sables-d'Olonne, Vendée.

At approximately 11:00 am, SNS 061 Jack Morisseau was off to rescue a struggling fishing boat approaching the channel and activating its distress beacon. But the swell quickly overturned their boat, 800 meters off the coast, while seven rescuers were on board. Many were trapped under the hull. Four rescuers were able to reach the beach to swim but three others died, announced the prefecture.

"The boat of the SNSM was hired by the Cross (Regional Operational Center for Surveillance and Rescue, ed) Etel" to try to help the trawler "to return to port."

According to the SNSM, the Jack Morisseau was the "reserve boat" of the station. Built in 1986, it was replaced in 2016 by another ship, which was in technical stop on Friday. "Insubmersible", the boat was however "able to leave in rescue", assured a spokesperson of the SNSM.

A SNSM rescuer claimed that it was an "all weather" canoe, "self-healing" boats.

"The boats all time Logically, (...) straighten automatically. Here the problem is that the conditions were more than bad, even dangerous," complained Jean-Jacques Le Lann, president of the SNSM Portsall (Finistère ).

According to the prefecture, eight people "present on the shore spontaneously tried to rescue" rescuers, while the boat was stranded on the rocks.
Click to expand...

Statfjord A is currently in a scheduled production stop, and there was no production on the platform when the incident occurred, Equinor said.

The were no injuries among the 276 people on board the Statfjord A when the incident occurred.

Equinor said the total extent of damage to platform is being investigated while the PSV Sjøborg is on its way to land under its own power. There are 12 people on board the vessel.

Initial inspections revealed that damage was sustained to the platform’s lifeboat station. The company said that the extent of the damage has caused personnel to be removed from Statfjord A to nearby installations.
Click to expand... 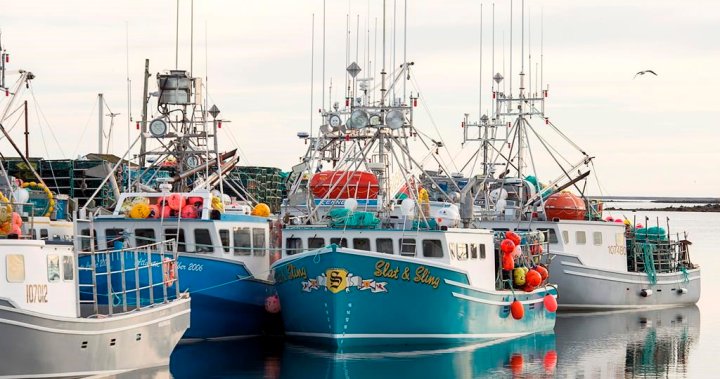 High winds have also delayed the start of the season around much of Prince Edward Island.

Occurred on June 30, 2019 / Honolulu, Hawaii, USA "A charter boat on their return from a sunset cruise ran into huge waves. He was coming into the channel to dock the boat, right when the biggest set of the day came."
Click to expand...

FOTCM Member
Opp's, this one was on land.

Mother Nature can be truly unexpected at times!when sudden downpours followed weeks of sunshine.Storms rolled in everywhere interesting following the link which catched me to watch it

FOTCM Member
https://twitter.com/i/web/status/1179153853570174976
Snip:
The Luxembourg-flag tug supply vessel Bourbon Rhode was in transit 1,200 nautical miles off Martinique Island and 60 nautical miles South-South East from the eye of category 4 hurricane Lorenzo when she began taking on water at the stern in the adverse weather conditions. It was confirmed on Sunday that the vessel has sunk. So far, rescue teams have recovered a lifeboat with three Bourbon Rhode crew members safely on board. 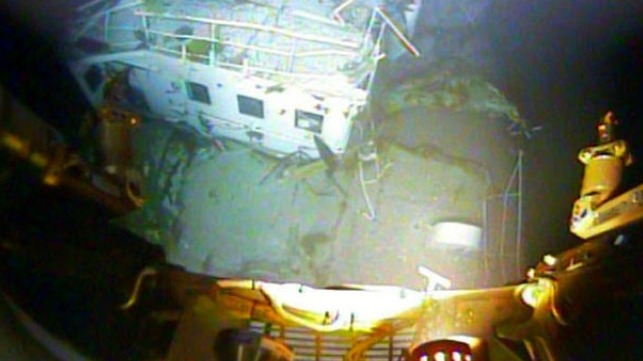 Four Years Have Passed Since the Loss of the El Faro

The U.S. National Transportation Safety Board (NTSB) released a video last year summarizing its investigation. The video examines the NTSB’s determination of the cause of the accident and discusses associated recommendations to improve marine safety. It also highlights the three missions undertaken to retrieve the voyage data recorder and document the wreckage, which was found 15,000 feet beneath the ocean's surface.

In February 2018, the NTSB released its final report on the tragedy. Like the U.S. Coast Guard Marine Board of Investigation, the NTSB concluded that the accident was attributable to the master's decision to sail into Hurricane Joaquin, the vessel operator's "weak" safety culture and a poor implementation of Bridge Resource Management (BRM) principles. 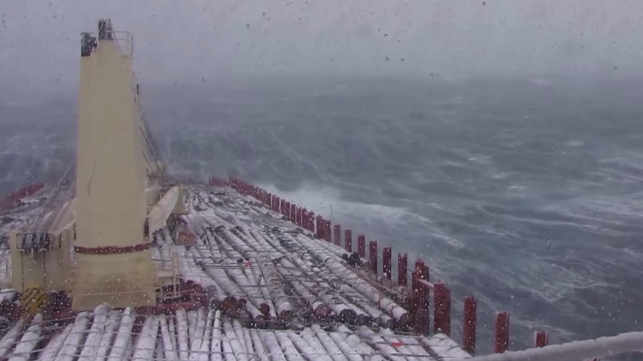 IN THE KNOW Podcast 5: Changing Weather

In this episode of the Maritime Executive Magazine podcast, editor-in-chief Tony Munoz spoke with ma...

In this episode of the Maritime Executive Magazine podcast, editor-in-chief Tony Munoz spoke with marine meteorology expert Lee Chesneau about changes that the National Oceanic and Atmospheric Administration (NOAA) is making to its ocean weather charts, which thousands of mariners rely on for high seas forecasting. 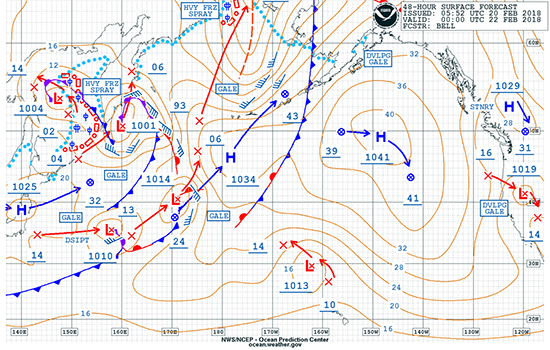 According to Chesneau, many deck officers may not be aware of these changes, which could have significant implications for safe and efficient vessel routing. Listen in on their conversation for more on this story: