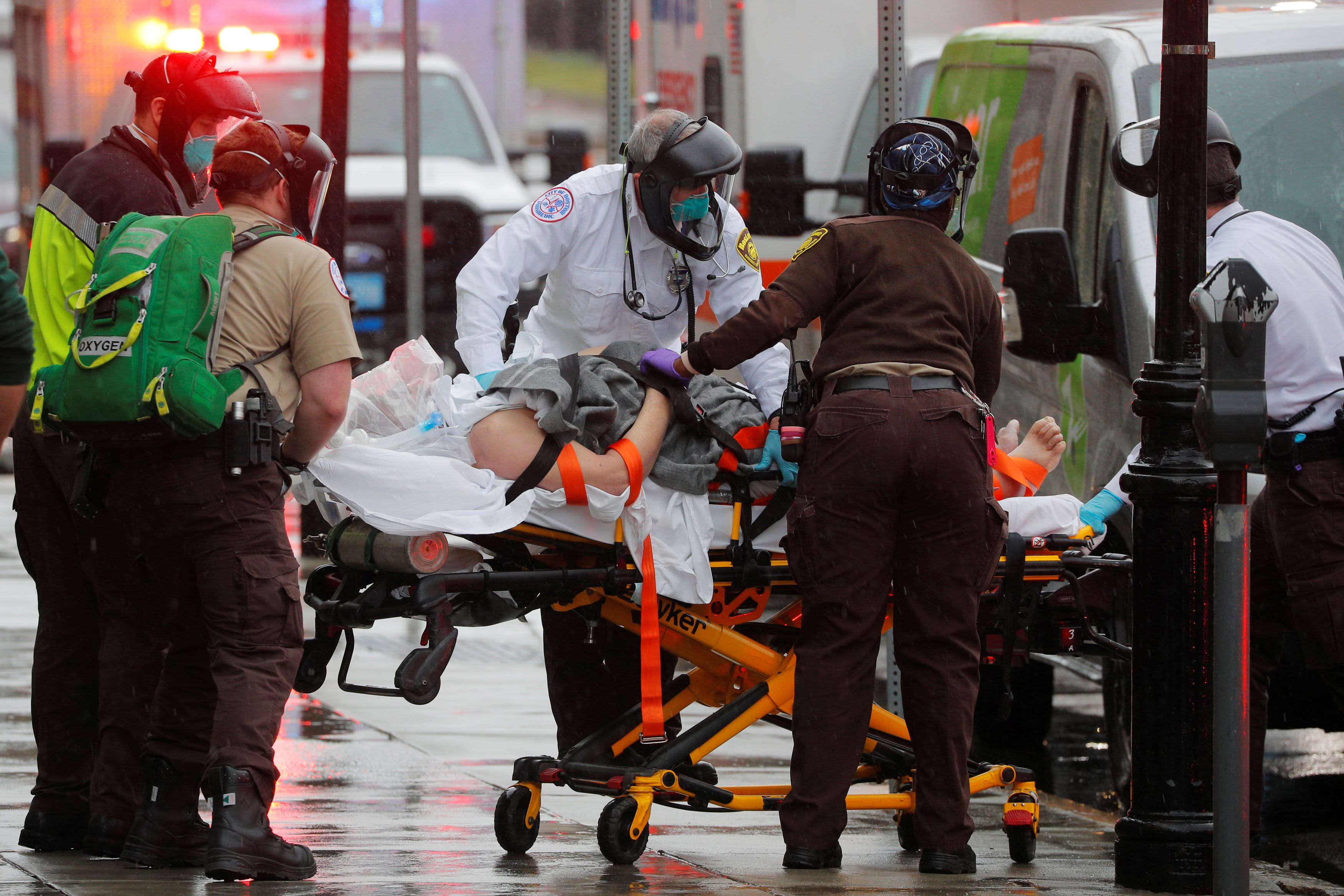 The CDC data published Friday was based on 469 cases of Covid associated with multiple summer events and large public gatherings in July in Massachusetts.

Oops, sorry, should have posted this at "Suggest an Article for SOTT - and Discuss". My bad.
M

Article didn't report what testing was used so I'm assuming they are just using the faulty PCR tests which CDC/FDA recently (quietly) withdrew. I guess this news is in-line with MSM/higher-up intention of imposing lockdowns again ( "See, vaccines are not working/not working on the new delta variant, no choice but to lockdown again! Sorry! (Not!)" ).
Dunno if imposing lockdowns again would be "the straw that breaks the camel's back" and move the populace to openly revolt...
M

Also tacking on this twit on "leaked" internal CDC slides calling for mandatory vaccination and re-instating masking and "community mitigation strategies" (i.e. lockdowns):
https://twitter.com/i/web/status/1420969888101842944
and another related twit with the NewYork post cover page asking, "So why the panic, Why new mask mandates? Why no common sense?":
https://twitter.com/i/web/status/1421071474107031558

Administrator
Moderator
FOTCM Member
The truth will come out, but will it be believed by the masses?
M

Laura said:
The truth will come out, but will it be believed by the masses?
Click to expand...

I'm guessing the quote "it's easier to fool people than to convince them that they have been fooled" is most appropriate here.

Yeah, knowing what we know about how opinions are formed and positions can become entrenched, it is rare for someone to suddenly gain humility enough to admit that they might have been wrong and be open enough to let in new information and process it.

I'm also imagining the scenario when the truth does come out, people are more preoccupied with the economy going through a hyperinflationary collapse to worry about being duped about covid. I don't think I've ever seen someone carrying a pitchfork while standing in a bread line in historical pictures of the great depression.

I'm guessing the same goes for the election audits. At least for those that have been convinced that the election was not stolen? I'm in the bay area California, right in the heart of democrat territory and I am the only one in my family and circle of friends that voted for Trump. I don't believe anyone in my group will believe that Trump won and the election was stolen even if the truth of the matter does come out; they go through some heckuva cognitive dissonance, "hallucination" is how Scott Adams terms it.
M

Even among doctors, it is hard for some doctors to accept that they have been duped. I guess the smarter you are/you think you are (i.e. your perception of how you think you are much smarter than the average joe) is hampering objective assessment of data that conflicts with your current stance.

Case in point for ivermectin to be officially recognized as an effective treatment for covid:

https://twitter.com/i/web/status/1421284834337456129
Or maybe this is a case of "it is difficult to get a man to understand something when his salary depends upon his not understanding it".
M

Yesterday I had a thought about "people will agree with you only if they already agree with you" meaning that you yourself have a very small chance of changing their minds about something.
Tracing back to how they first formed their opinion, I think that the mechanism for convincing people is different for different people; some are more open to facts and logic, others more swayed by emotions and narratives. So it would seem that a one type of person would not be able to convince the other type with the strategy that works for them.

I think that for most people who have bought in to the covid narrative is because they are swayed by their emotions; a narrative is concocted/stitched together to sway the opinions of people who are vulnerable to that tactic. So, logically, in order to sway them the other way, a similar tactic needs to be employed. It doesn't have to be factual or logical in the factual sense, it just needs to be emotional and have an "emotional logic"; it just needs to make sense in the "rules of the world of the narrative" for it to be effective.

(documenting thought process behind it: I happened upon this thought while on a drive to a picnic and I was reminded of a anime I watched titled "Kyokou Suiri (In/Spectre)" where the protagonist fights a ghost of a girl who died who has been created out of a myth started by someone but evolved by all the superstitions tacked on by other people through an online forum. The protagonist wins the day by not by using logic or facts gleaned from police files about the case but by constructing an alternate narrative to steer the emotions of the online forum to dissapate the 'vengeful and murderous' narrative)

Probably not unlike how it is the tradition in America (and many parts of the world) how Santa Claus delivers presents or the tooth fairy exchanges teeth for cash; the narrative will hold sway in the young people's minds until it doesn't anymore; but I guess in the Santa Claus and tooth fairy example, their young minds start to mature and logic is creeping into how they think about things.

On another tack, as a parent of 2 kids, kids (well at least my kids) listen to me / believe what I say less (well, some things more than others) compared to influences outside the nuclear family. So I would guess some dynamic of that works the same; we'd have a harder time convincing out circle of family friends compared to an external source convincing them otherwise. That is probably it is a popular trope for families to have huge arguments and fights whenever they get together during holidays (e.g. Thanksgiving, Christmas, etc), well at least as depicted in movies or tv series.
M

Video on mass psychosis that touches on the subject of how opinions of the (authoritative followers) are swayed (09:20), how logic will not convince them otherwise (11:48-12:20), and proposes the concept of "parallel structures" (19:48), similar to what we have with SOTT, FOTCM: MASS PSYCHOSIS - How an Entire Population Becomes MENTALLY ILL

That's a good video. Thanks for sharing it.

Just to add some context, according to this article, 72% of the Massachusetts' population has received at least one dose. Overall, 63% of Massachusetts's population has been fully vaccinated. With 74% of the infected having been vaccinated the jab actually increases the risk of catching covid. Ever so slightly (assuming the stats accurately reflect the real numbers) but still. No surprise there of course.
Last edited: Aug 4, 2021

This is a very good video to make sense of current covid situation, though it is going on for a long time. Thank you for sharing.
S

This video is absolutely brilliant. I am a big fan of The Academy of Ideas channel, and subscribe to their premium channel - money well spent, I see!

Administrator
Moderator
FOTCM Member
This 'breakthrough event' happened in Provincetown, MA, where every summer going back decades, the gay community has congregated to 'let it all hang out'. The pop. of Provincetown is less than 3,000, but in summer it swells to 60-70,000, mostly gay men. It's interesting that this point is completely absent from reporting on the matter, and it's very likely that the 'contagion' occurred as a result of gay male sexual behavior. Nevertheless, this event was used to justify the CDC's order that masks should be worn by the entire US population.