Gawan said:
Here is a single video of the u shaped UFO over France
Click to expand...

Eyewitness: "I usually take timelapse videos of sunrise in the morning over Lake Elsinore, California. I usually shoot video from my second floor window. This morning I captured something falling from the sky and turning into a cloud, then another what looks like a UFO appears above that cloud, then that cloud releases what looks like a cloud covering the UFO or masking it with cloudy substance!

Whatever these two unidentified objects threw out, they passed through the clouds and continued on to Earth! 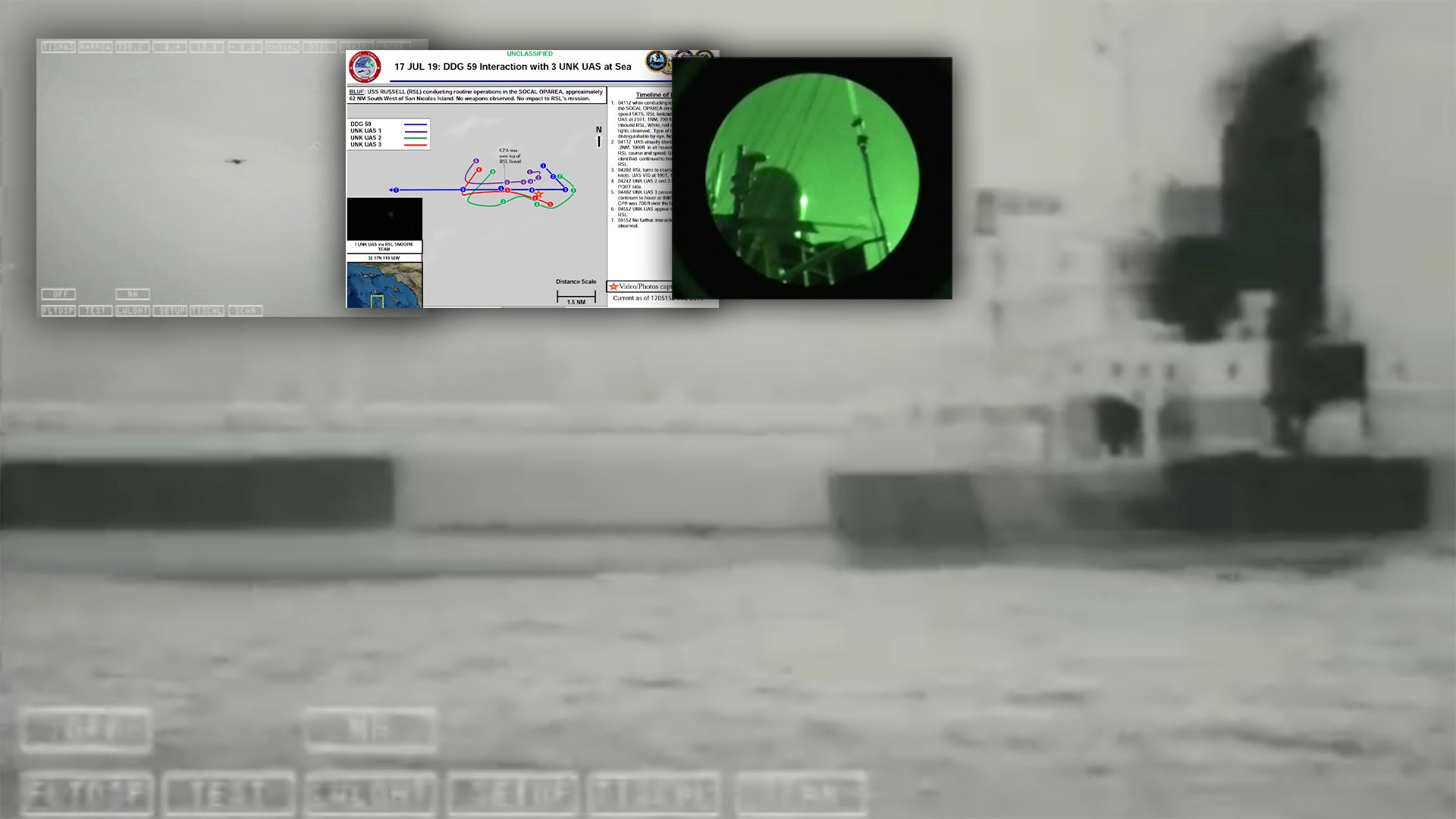 The Navy has released videos taken during a rash of drone swarm events that occurred around its ships sailing off California in 2019.

Last week The War Zone reported a significant update in our ongoing investigation into a strange series of drone swarm incidents that occurred near U.S. Navy vessels off the coast of Southern California in 2019. A new release of documents via the Freedom of Information Act provided the greatest level of detail yet about what happened during the incidents. The documents we received last week made references to video files included in the briefs, five of which we have obtained from the Navy today.

Readers unfamiliar with the incident should read our longer piece here, which provides a great deal of additional detail and context on the events.

Two of the videos were taken from the USS Russell, a destroyer that has been of particular interest due to leaked videos of the incident released last year. The unusual appearance of the objects in the videos led to widespread speculation that they were "flying pyramid" UFOs due to their triangular shape. In a recent congressional hearing about unidentified aerial phenomena, Deputy Director for Naval Intelligence Scott Bray explained that "the triangular appearance is a result of light passing through the night vision goggles, and then being recorded by an SLR camera." Similar assessments were quickly made by independent civilian researchers when the videos were leaked in 2021. While Bray's testimony and further documentation have cleared up that these objects were drones, it remains unknown exactly who was operating them.

In the first video taken during an incident on July 17th, a sailor's voice can be heard narrating the location of the ship. The sailor identifies himself as the SNOOPIE team leader. SNOOPIE refers to Ship Nautical Or Otherwise Photographic Interpretation and Exploitation team. These teams consist of sailors trained to conduct onboard photographic intelligence in order to document unknown contacts and events of interest. The sailor can be heard saying, "we have visual of four probable unidentified drones, with course unknown and speed unknown. Contacts are operating at a range of a thousand yards, and holding. Tail numbers are unknown."

Someone filming a big storm at night saw something strange happen. When I slow down you can see something big shoot up into a cloud and it seems to fly. This happened on June 12 around midnight in Mellete County South Dakota
Click to expand...

UFO in Spain.
The witnesses are surprised by the strange object that suddenly lights up and one of them comments that there is a black dot following it.
Click to expand...

The object seems to be surrounded by some sort of energy field- most interesting! Thanks for sharing

tschai said:
The object seems to be surrounded by some sort of energy field- most interesting! Thanks for sharing
Click to expand...

It looks to me like an image sharpening halo that happens very often on contrasting transitions. A lot of smartphones are doing excessive postprocessing during capture, and it is quite possible that it also could be added during transcoding (when uploading to Twitter or Youtube). Example demonstration of the effect:

Just wanted to share, because I've seen the effect on other videos as well.

KS said:
It looks to me like an image sharpening halo that happens very often on contrasting transitions. A lot of smartphones are doing excessive postprocessing during capture, and it is quite possible that it also could be added during transcoding (when uploading to Twitter or Youtube). Example demonstration of the effect:

View attachment 60110
Just wanted to share, because I've seen the effect on other videos as well.
Click to expand...

Yes, probably right here, especially pronounced due to zoomed image. This object sure is weird looking whatever it is.

tschai said:
Yes, probably right here, especially pronounced due to zoomed image. This object sure is weird looking whatever it is.
Click to expand...

I wonder if it might be a cluster of balloons - it seems to be rotating around a central point and the way it morphs suggests that may be the case?

A UFO sighting in Medellin, Colombia was reported just a moment ago, and it was static for more than an hour with no visible means of flight control or propulsion, and then moved behind the mountains.
Click to expand...

Early morning UFO phenomenon in the Pacific, as seen from a plane over California.
Click to expand...

Tijuana BC Mexico continues to report the presence of a static, unidentified object.
Click to expand...

Also reported tonight is a large object apparently static, apparently spinning on its own axis in Merida Yucatan. Impressive.
Click to expand...

Worth to keep in mind - Giant Inflatables

There is a US company which sells giant inflatables. In any size and shape. In other words; anything goes for the skies

making it even harder to discern what flying things could be.

FOTCM Member
Videos continue to appear of the glowing objects that people in Tijuana saw last night. Some electromagnetic phenomenon? Tijuana is surrounded by geological faults and some researchers believe that these lights are linked to micro earthquakes that frequently occur from the upper Gulf of California to the Imperial Valley area.

Unidentified flying objects are still being reported in the Mexican Pacific at this time:
Click to expand...

This object looks very similar to the one from Costa Rica in the video posted by c.a. above. Are they getting bolder? About to have “flap”?

FOTCM Member
These same lights were seen off the coast of San Diego at the same time. Very similar to the Phoenix Lights events. 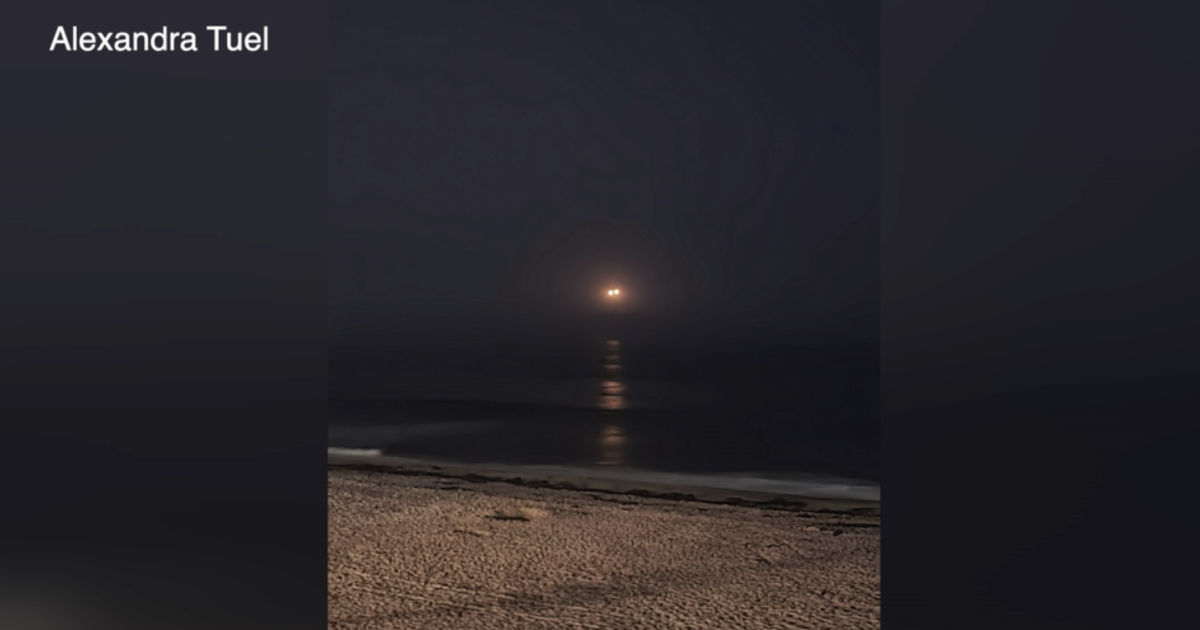 San Diegans are scratching their heads after spotting mysterious lights over the ocean Monday night.