FOTCM Member
'Fairytale wedding: The governments of Netherlands, Germany, Great Britain, Canada, Qatar and others have been financing Al-Qaeda through White Helmets' funding.' 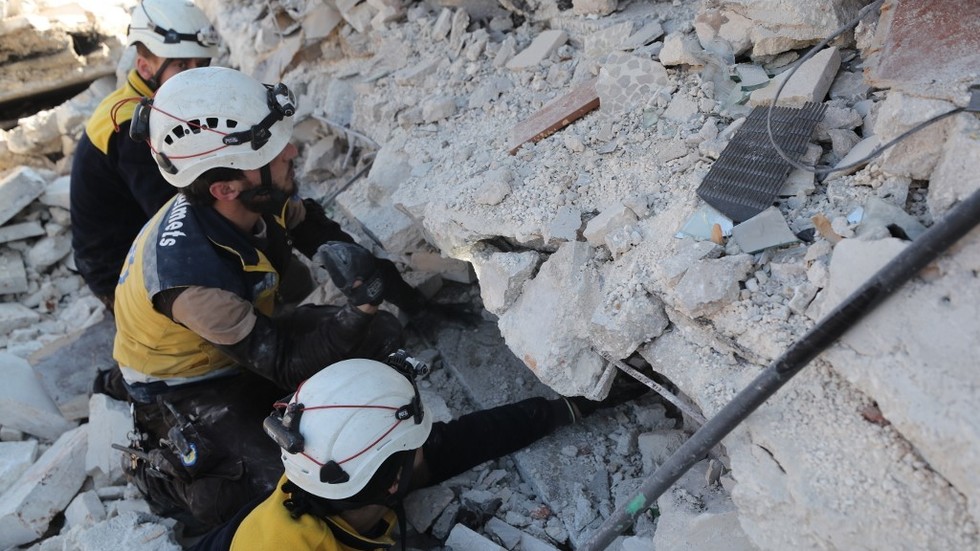 As Western governments opened their checkbooks for the White Helmets – a controversial ‘rescue organization’ in Syria – their co-founder used the cash to top up his wage and even finance his wedding, according to a Dutch report.

Ambassador
FOTCM Member
Noticed an article by Professor Tim Hayward, a member of the Working Group on Syria, Propaganda and Media (WGSPM) that he had posted December 2nd, 2020, an article titled Diagnosing Disinformation: a reply to Wilson and Starbird. This is in reply to the so called misinformation specialists at the Harvard Kennedy School.

Here is the authors note:

Author’s note: This article was originally due to appear in Misinformation Review, the Harvard-based journal that published the piece it responds to. The editorial board accepted the article for publication, but because of the challenging nature of my critique, they decided it should be published under the rubric of a letter to the editor so as to allow a right of reply to the authors of the article criticised. Three weeks after it was sent out to those authors, I was informed that ‘we are unable to publish letters on our site at this time.’ [Submitted to Misinformation Review 22 August 2020; Accepted for publication 30 October 2020; notified of non-publication 30 November 2020.]
Click to expand...

I won't post all of it here except for the opening, which gives one the overview:

Disinformation is a difficult field of investigation for a distinctive reason. Disinformation implies bad faith, and any discussion of it that relates to real actors or institutions implicitly impugns them. This adds a layer of difficulty for those attempting a dispassionate assessment of different points of view in terms of reasoned disagreements. The researcher needs to be scrupulous in maintaining standards of good faith when purporting to identify contraventions of it. Failure to attend to this requirement carries a further risk of propagating rather than diagnosing disinformation. This risk is made evident in a recent article by Tom Wilson and Kate Starbird in Misinformation Review. Unfortunately, they fall foul of it. This essay argues for greater epistemic caution.

The authors state their aim is to ‘conceptualize what a disinformation campaign is and how it works’ (Wilson and Starbird 2020). Given the promised conceptualization, the reader might expect to learn of clear criteria for distinguishing disinformation from reliable information; and regarding the promise of showing how a campaign involving it works, the expected pre-requisite would be a clear method for identifying when a campaign so designated is in operation. Unfortunately, neither of these crucial clarifications is attempted by the authors. Of concern, too, is that in identifying a specific alleged disinformation campaign they not only fail to establish exactly how it is disinformative but they adopt the standpoint of an opposing campaign whose own bona fides are left unexamined.

To begin with, the framing of the authors’ objectives appears prejudicial with respect to its proposed investigation:
‘This research examines “both sides” of the White Helmets discourse—exploring how the White Helmets promote their work and foster solidarity with online audiences through their own social media activity and through episodic attention from mainstream media, and examining how the campaign against the White Helmets attempts to counter and delegitimize their work through strategic use of alternative and social media.’
Click to expand... 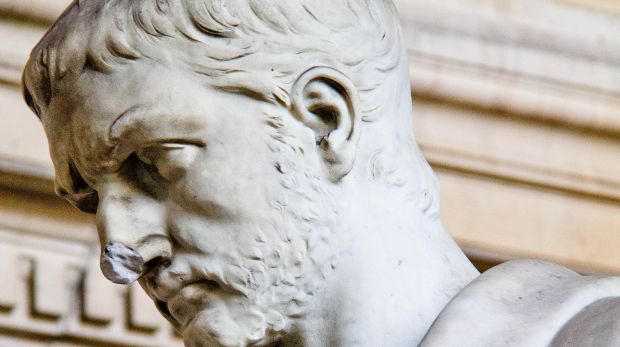 Diagnosing Disinformation: a reply to Wilson and Starbird

Author’s note: This article was originally due to appear in Misinformation Review, the Harvard-based journal that published the piece it responds to. The editorial board accepted the article for pu…

There is a pdf of the article here.

A senior "rescue worker" from the controversial White Helmets has been given refuge in Germany along with his family, the German foreign ministry told AFP on 8 December 2020. Kevork Almassian hosts independent investigative journalist Vanessa Beeley and discusses with her the controversial organization and the asylum of some of their members to different European countries.
Click to expand...

Ambassador
FOTCM Member
Had missed this back on December 16th, 2019 from Paul McKeigue, Jake Mason, Piers Robinson, David Miller on James Le Mesurier: a reconstruction of his business activities and covert role.

With Le Mesurier gone a month before this look-back was posted, this is indeed a hefty review in time with copious notes and links. Here is the index. A good backgrounder:

Some of this has been in article pieces, here and there, and even in this thread when looking back, and much has been offered by the good words of Beeley and Bartlett - and more. Here is an example - Section 7:

From late 2016 reports from Syria by Vanessa Beeley and Eva Bartlett began casting doubt on the role of the White Helmets. In April 2017 a counter-attack against these critics was initiated by Chris York of the Huffington Post. Before then, York had written only a few brief articles about the Syrian conflict, from a neutral standpoint. York’s first appearance as a journalist, describing himself as “overqualified”, had been on 24 October 2011 as the author of a HuffPost article reporting how he had been denied entry to Palestine six days earlier. His LinkedIn profile gives no details of his curriculum vitae before 2012. On 6 April 2017, two days after the alleged chemical attack in Khan Sheikhoun, he posted an article that denounced “‘false flag’ accusations” as “totally wrong” and cited a purported fact-check of an article by Vanessa Beeley that had commented adversely on Le Mesurier and the White Helmets. In response to a question from us, York has stated that he had no contact with James Le Mesurier or Emma Winberg before writing this article, and that he met Emma Winberg only in March 2018. In October 2017 York attended an event in London at which Beeley spoke.
On 18 December 2017 an article in The Guardian by Olivia Solon denounced Beeley, Bartlett and others who had suggested that the White Helmets were an information operation, describing them as a “network of anti-imperialist activists, conspiracy theorists and trolls with the support of the Russian government”. This was followed two days later by a report from the Syria Campaign that described Beeley as “at the heart of this Russia-backed disinformation campaign” and quoted a study of Twitter conversations commissioned from the social media analytics firm Graphika:

In response, the Working Group on Syria Propaganda and Media posted its first public statement, citing the Syria Resilience CSSF Programme Summary, and arguing that this document provided “grounds for considering the White Helmets as part of a US/UK information operation designed to underpin regime change in Syria”. This brief post by what was at the time an obscure group of academics was followed by a stream of online flak directed at members of the Working Group. In this onslaught George Monbiot of The Guardian and Idrees Ahmad of Stirling University appeared to have leading roles, apparently as triggers for a larger set of mostly anonymous accounts that piled in against their targets. From February to April 2018, hit pieces on the Working Group were published by Brian Whitaker on his blog, by York in the Huffington Post, and in The Times at the instigation of Oliver Kamm.
A report dated June 2018 written by four students at the Central European University in Budapest and posted by Bellingcat reveals that Le Mesurier had been studying closely the media activities of Vanessa Beeley and others who had expressed doubts about the White Helmets at around this time. The authors describe an interview with Le Mesurier and Winberg on 8 February 2018 in which Le Mesurier appeared to echo the Graphika study:

The Mayday foundation was a victim of a disinformation campaign released by actors calling themselves “independent journalists” such as Vanessa Beeley, a British blogger who made her way through Russian-controlled media outlets. The campaign tried to claim the White Helmets didn’t exist but were actors instead, or that they were a branch of Al-Qaeda in Syria. “We didn’t design ourselves to do that [counter-attack disinformation campaign],” said James Le Mesurier. He investigated these attacks on social media and found resemblances with Russian information warfare techniques getting disseminated by small segments of pro-Assad, pro-Russia, or anti-Western profiles on Twitter. The anatomy of his work shows prominent levels of coordination by these actors.
Click to expand...

Le Mesurier had two twitter accounts – @lemesurierjames and @USARinwar– that followed 3270 other accounts by September 2019. These follows included not only the individuals mentioned above – York, Monbiot, Whitaker, Kamm, Ahmad – who had led attacks on those who question the role of the White Helmets, but also numerous anonymous accounts that appear to be triggered by their activities. These anonymous accounts generally repeat the same talking points, without adding any original material. It would be surprising for Le Mesurier to have been following them unless he had some role in coordinating or evaluating their activities.


There is a post look (not with Le Mesurier) with one of the authors of the above, Paul McKeigue. In what Professor Tim Hayward writes (April 1, 2021) that the Commission for International Justice and Accountability (CIJA) seemed to have run a sting on Paul.

The CIJA Sting from the Perspective of International Justice​

The recent CIJA sting on Paul McKeigue revealed a serious lapse of judgement on his part. But what it reveals from the perspective of international justice is immeasurably more significant: a rift between CIJA and the international legal community it aims to provide prosecution briefs for; affinities between CIJA and the White Helmets which raise wider concerns about Western-backed operations in Syria; and our neglect of the most egregious war crime in Syria.
Click to expand...

A little more on this paints the picture:

One might wonder why CIJA would want to peg its reputation to those other organisations rather than simply stand by the independent reliability of its own evidence. For the Working group has indeed raised concerns about the OPCW, specifically regarding its published report on the alleged 2018 chemical attack in Douma. These are shared by 5 former senior OPCW officials, including the founding Director General, and a number of distinguished public figures who have recently signed this Statement of Concern. Evidence and testimony that was used to support the conclusion of the contested report is understood to have been supplied by White Helmets. More generally, questions about the chain of custody of evidence and reliability of testimony in other cases have focused on the White Helmets’ role. Whatever one’s view on these matters, there are enough questions on record to warrant some caution about citing what White Helmets produce as a benchmark of evidence that can satisfy the burden of proof required in a criminal trial.

So how might the Working Group’s scepticism about the quality of the White Helmets’ evidence or OPCW’s final Douma report have any particular bearing on evaluations of the quality of CIJA’s work? Is it that they are in some way mutually supporting rather than independent?
Click to expand...

The group was a USAID (spook) funded operation to manufacture “evidence” of war crimes and atrocities in Syria for western audiences under the guise of a group providing ‘humanitarian assistance’. USAID provided no funding for such groups in Iraq, Afghanistan or Libya because wherever the U.S. invades, there are no war crimes and thereby no need for humanitarian assistance.
...

There are claims the group saved 65,000 people on the ground. Each member could also walk on water and pee out perfectly cut diamonds.
Click to expand...

Expect the same WH pop-up productions to fill the airways, and the same Hollywood types to praise.