Architects and Engineers - Solving the Mystery of Building 7

Another great video from Architects and Engineers for 9-11 Truth explained how Building #7 was clearly a controlled demolition.

Ambassador
FOTCM Member
thanks guardian for bringing this up ! it's on my favourites now

Thank you Guardian for posting this link. It really is mind boggling that the truth of this crime has still after 10 years been shrouded in such lies. Then again the Kennedy assassination is still buried in such lies.

It is encouraging that an organization such as A & E are so steadfast in their campaign.
D

Thanks for the video. Very nice.

Ambassador
FOTCM Member
As we approach YET ANOTHER anniversary of 9/11 - and of course live through 9/11 2.1 COVID-1984 - we should not forget or end the search for any opportunity to see truth win out. And remarkably, 19 years on Architects & Engineers for 9/11 Truth still fight the good fight despite increasing public indifference.

There is a small chink of light on the horizon.

Supported by AE911 Truth, the family of Geoffrey Thomas Campbell - a UK citizen who died at the age of 31 in the North Tower - plan to file a petition to reopen the inquest into what they regard as his murder. This will be the first step toward having the official cause of death changed to reflect that Geoff was killed in a deliberate explosive that led to the demolition of one of the Twin Towers.

I've attached below the PDF overview of the case and the overwhelming forensic and eye witness evidence to be brought to trial prepared on behalf of the family by AE911 Truth.

The family are looking to raise £80,000 required to fight the case before the Attorney General and the High Court of England and Wales. They have secured the services of Barrister Nick Stanage who over the years has earned a fierce and implacable reputation for fighting actions and complaints against the police, inquests, public inquiries, human rights and judicial review.

According to AE911 Truth:

The reopening of Geoff's inquest under the UK Coroners Act of 1988 provides a tailor-made opportunity to establish in a court of law that the destruction of the Twin Towers was caused by pre-planted explosives and incendiaries - and not by the impact of the airplanes, as cited in the first inquest into Geoff’s death.
Click to expand...

Here's a recent interview with Richard Gage Founder and CEO of AE911Truth.org and James Corbett where they discuss the case, its serious chances of being successful as well as the various actions, inquests, studies, documentaries and conferences that are happening around the 19th anniversary of 9/11.


Lest we ever forget - maybe forum members could find a few spare euros, dollars, pence or yen to help this brave family with this still vital action for truth and kick back. For after all, should the 9/11 card fall, so does much of the pack of hell hounds they staked on the back of it in the years after.

Will you donate now so that the Campbell family can launch what promises to be the most pivotal 9/11 lawsuit ever?

For those members who may not have seen some of Corbett's key work over the years on aspects of the 9/11 farce that are too often overlooked, here's just three masterpieces of expert research and delivery including his recently reissued single film '9-11 Suspects':


On March 25, 2020, researchers at the University of Alaska Fairbanks issued the final report of a four-year computer modeling study on the collapse of World Trade Center Building 7.

The 47-story WTC 7 was the third skyscraper to be completely destroyed on September 11, 2001, collapsing rapidly and symmetrically into its footprint at 5:20 PM. Seven years later, investigators at the National Institute of Standards and Technology (NIST) concluded that WTC 7 was the first steel-framed high-rise ever to have collapsed solely as a result of normal office fires.

Contrary to the conclusions of NIST, the UAF research team found that the collapse of WTC 7 on 9/11 was caused not by fires but by the near-simultaneous failure of every column in the building.

Following the release of this report, AE911Truth and 10 family members of 9/11 victims submitted a formal request for correction to NIST’s report on WTC 7 based partially on the UAF findings. The request is currently pending.
Click to expand...

Ambassador
FOTCM Member
The findings of the investigation by world class expert Professor Hulsey and his team at the University of Alaska Fairbanks is the subject of SEVEN, a film documenting their thorough, objective, scientific investigation. It calmly and methodically outlines the rigorous road they took to eventually revealing the incontrovertible truth that the NIST report on WTC7 is monumentally flawed and that the collapse was actually not caused by fire as they claimed but by the near-simultaneous failure of every column in the building.

It is worth noting that the preliminary findings of this investigation were published September 2019 with the announcement that the full report would become public by March 2020 (see above). The Pandemic that exploded that month worldwide saw to it that the final report was effectively buried amongst the smoke screen of COVID mania. A new crime to bury an old crime. A very familiar pattern. Just another and I think additionally significant reason why they pushed the green button autumn 2019 on operation global shutdown.

It is worth noting that the preliminary findings of this investigation were published September 2019 with the announcement that the full report would become public by March 2020 (see above). The Pandemic that exploded that month worldwide saw to it that the final report was effectively buried amongst the smoke screen of COVID mania. A new crime to bury an old crime. A very familiar pattern. Just another and I think additionally significant reason why they pushed the green button autumn 2019 on operation global shutdown.

They are still trying to keep it under wraps - Here is an article on what happened to Spike Lee who is in the process of filming an HBO special. 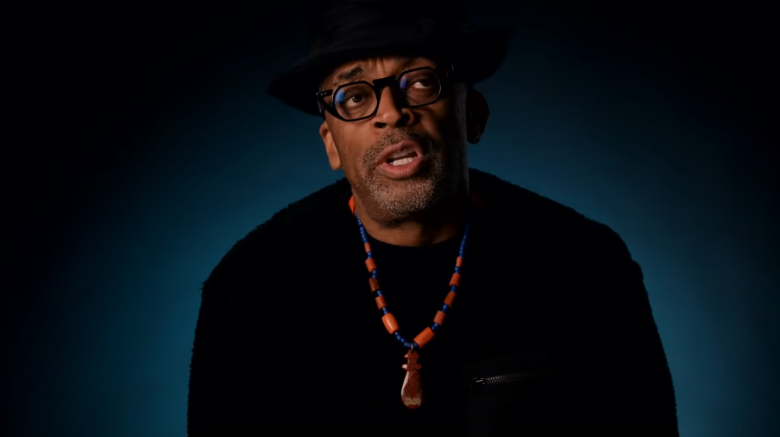 Lee has been under fire for allegedly giving “credence” to a number of September 11 conspiracy theories.

"Spike Lee’s new edit of the final chapter of his sprawling, four-episode HBO documentary has removed footage featuring September 11 conspiracy theories, as The Hollywood Reporter and other outlets have reported. The eighth chapter (which is the second and last part of episode four) is now 30 minutes shorter."
...
"The re-edited part four comes mere days after Lee came under fire following a New York Times interview, wherein he defended including the sorts of conspiracy theories proposed by members of the Architects and Engineers for 9/11 Truth."

Amazing that a 4 year study by experts is needed to verify what was obvious to any amateur naked eye. And still they tout this BS story while the masses of good people turn a blind eye. And still this research is ignored. Staggering.

FOTCM Member
Follow up on the Spike Lee HBO documentary. The letter was written by Kacee Papa who was interviewed for the program then edited out of the final cut.


“Shame on You”: A 9/11 daughter’s letter to two New York Times reporters​ 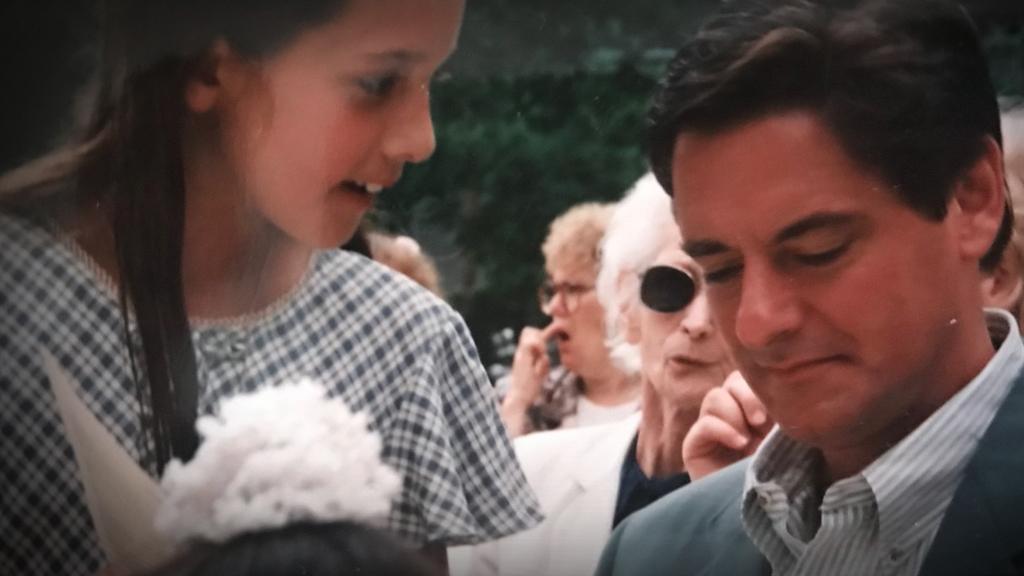 “Shame on You”: A 9/11 daughter’s letter to two New York Times reporters

Architects & Engineers for 9/11 Truth is proud to publish Kacee Papa’s letter in conjunction with the billboard that was unveiled this past Monday outside the New York Times Building, featuring 9/11 family members Maureen Campbell and Bob McIlvaine saying, “Our children were murdered on 9/11. Wh...

www.ae911truth.org
.....
"In the leadup to the 20th anniversary of 9/11, The New York Times was at the forefront of the media’s assault on filmmaker Spike Lee for devoting a half-hour of his HBO docuseries, NYC Epicenters 9/11 → 2021½, to questioning how the Twin Towers and Building 7 came down on 9/11.

Over the course of four days, The New York Times and other news outlets succeeded in pressuring Lee and HBO to remove the half-hour section entirely — before a single member of the public could lay eyes on it."
......

I am writing to you as a 9/11 victim's family member. I was interviewed by Spike Lee and will no longer be in the final version of the documentary.

Your, along with many other journalists', use of the words “conspiracy theorists” and “debunked” has played a part in the silencing and censorship of many people who have concerns about the future welfare of our country and the world. You are allowed your views and we are allowed ours. Yet yours get headlines and ours get omitted. Why is this?

The “jet fuels don't melt steel beams narrative” is not the one and only message of the organization Architects and Engineers for 9/11 Truth. There are thousands of individuals, including scientists, engineers, architects (all with high-level degrees, I might add), first responders and victims’ family members who support taking another look at all of the evidence that has been compiled over the years. Much more than 100 hours of research. We are a bunch of good people, many volunteering their time, in the pursuit of truth and understanding as to what exactly happened to their sons, mother, father, friends, etc. And yet people like you that spread misinformation negatively label us. I am a 36-year-old woman with a family, bachelor's degree in English and a master's degree in nursing, and I have worked as a registered nurse for 12 years. Is that what a conspiracy theorist looks like to you? Thousands of people are asking valid, and in my case very personal, questions that don't deserve to be so easily discarded just because it makes people feel uncomfortable.

The evidence presented by AE911Truth isn't meant to do anything other than highlight unprecedented events that defy the laws of physics. One such reality that I have learned many years after that day in 2001 is that the victims’ body parts were found on top of buildings far from the Twin Towers. While I acknowledge that there is some degree of outward velocity of debris from the collapse, there is not enough to justify body parts being found far away on top of buildings, as is what happened. Gravity pulls downward not outward. Or to know that something is off when there is seismographic data reflecting activity at the Twin Tower sites before their collapse. Or that both Twin Towers were specifically engineered and built to withstand a plane's impact. Or that engineering by way of physics and mathematics yields standards of buildings and not one standard has been changed or edited for safety purposes after such a catastrophic failure. Or the countless video clips of first responders witnessing explosions, the audience hearing explosions and newscasters talking about explosions that morning. Or that Larry Silverstein was recorded saying he told the FDNY to “pull” WTC 7, a term used for controlled demolitions. These are merely a few examples.

My father was murdered on 9/11 and I am reminded of that every single day. Families of 9/11 victims continue since day one to fight for federal investigations into this crime and the truth has yet to see the light of day. Shame on you for your contribution to the silencing.
You must log in or register to reply here.
Share:
Facebook Twitter Reddit Pinterest Tumblr WhatsApp Email Share Link
Top Bottom