FOTCM Member
Some good news: CNN laments how belief that the US elections are illegitimate went up from 40% in January to 52% as of September. 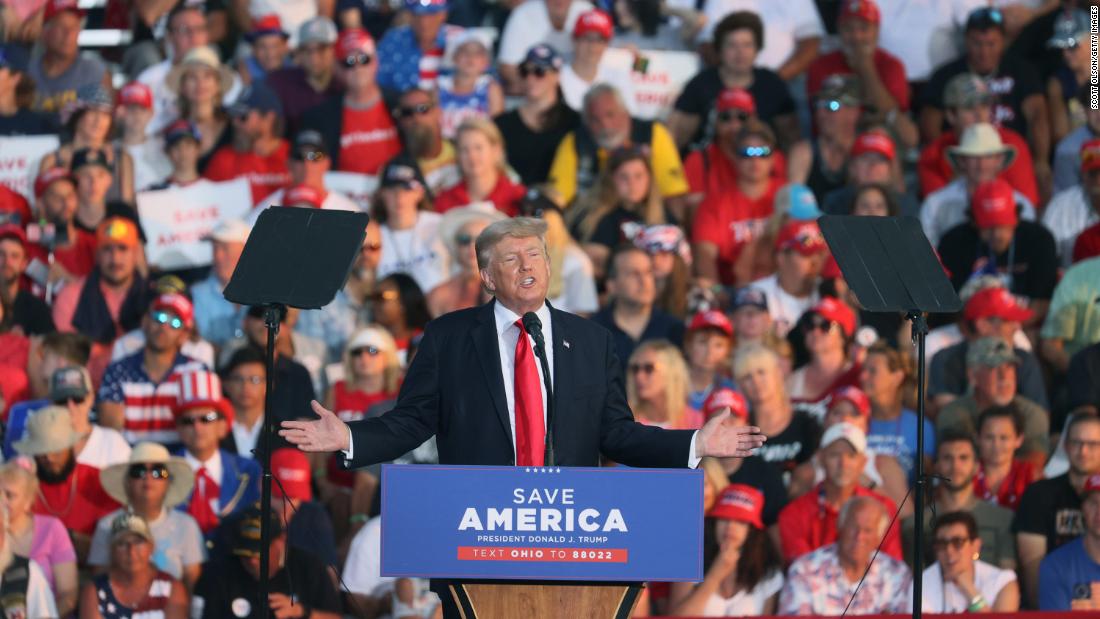 It is 100% true that Joe Biden won the 2020 election. And that Donald Trump lost it. Unfortunately, in recent months, the Big Lie -- that Trump somehow was defrauded out of the election -- has gained increasing amounts of traction, according to a new CNN poll.

(CNN)It is 100% true that Joe Biden won the 2020 election. And that Donald Trump lost it.
Unfortunately, in recent months, the Big Lie -- that Trump somehow was defrauded out of the election -- has gained increasing amounts of traction, according to a new CNN poll.
In January, 59% said they have confidence that elections in this country reflect the will of the people, while 40% said they lacked that confidence.
Today? A majority of Americans -- 52% -- say they do not have confidence that elections reflect the will of the people, while 48% say they do.
That's a significant swing in less than a year, in the exact wrong direction. And it's primarily fueled by Republicans, 76%(!) of whom say they had just a little or no confidence in elections reflecting the will of the people.
That's hardly the only data point in the poll that suggests Trump's Big Lie is working.
While 63% of all respondents said that Biden "legitimately won enough votes to win the presidency," the story was very, very different among Republicans.
Among that group, 78% said that Biden did not win enough votes to legitimately win the election. That's right: 8 in 10 Republicans think that Biden didn't win the election.
Which, well, wow. What those numbers make clear is that among Republicans, Donald Trump and the Big Lie he is telling are winning. Winning is a relative term, of course. Because building a political party around a lie is the quickest way to destroy a political party.
The Point: The Trump fever didn't break after the 2020 election. In fact, it's running hotter than ever.
Click to expand...

I always get such a surreal feeling when I'm reading CNN, like I'm inside the mind of a credulous brainwashed person. "Don't touch anything!"

FOTCM Member
'When killing civilians is not a war crime, but a mistake.' 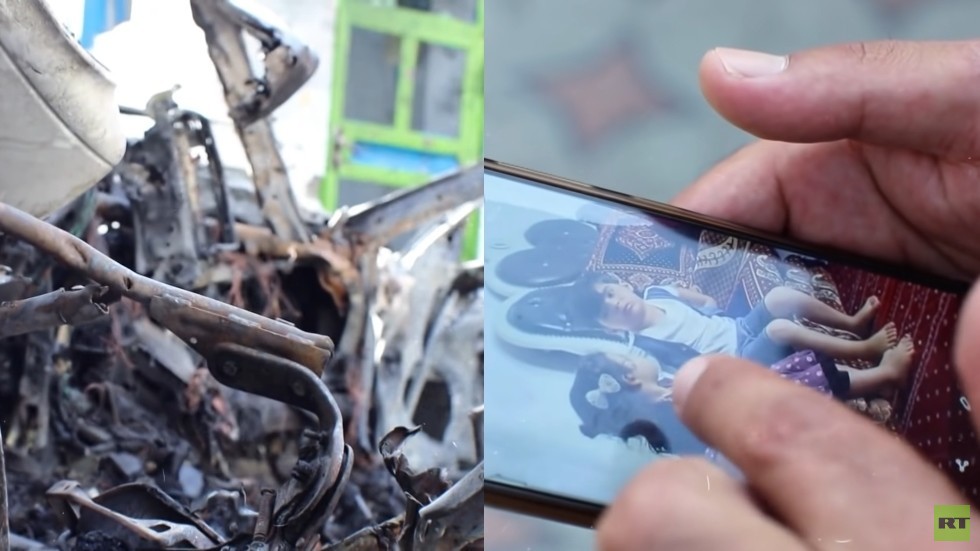 ‘A mistake’: US admits Kabul drone strike killed 10 civilians, incl. 7 children, and NO ISIS-K terrorists; no one will be punished

After weeks of insisting the August 29 drone strike in Kabul killed an ISIS-K terrorist, US Central Command has admitted that the victims were all civilians, including children, but reportedly won’t discipline anyone involved.

Well, it's been a bad week, what with the California recall failing miserably, news of a 'Seven-Days-in-May' scenario playing out in the closing weeks of the Trump Administration courtesy of General Thoroughly Modern Millie, and more COVIDery from Slow Joe and His Crew. But at least we have the... 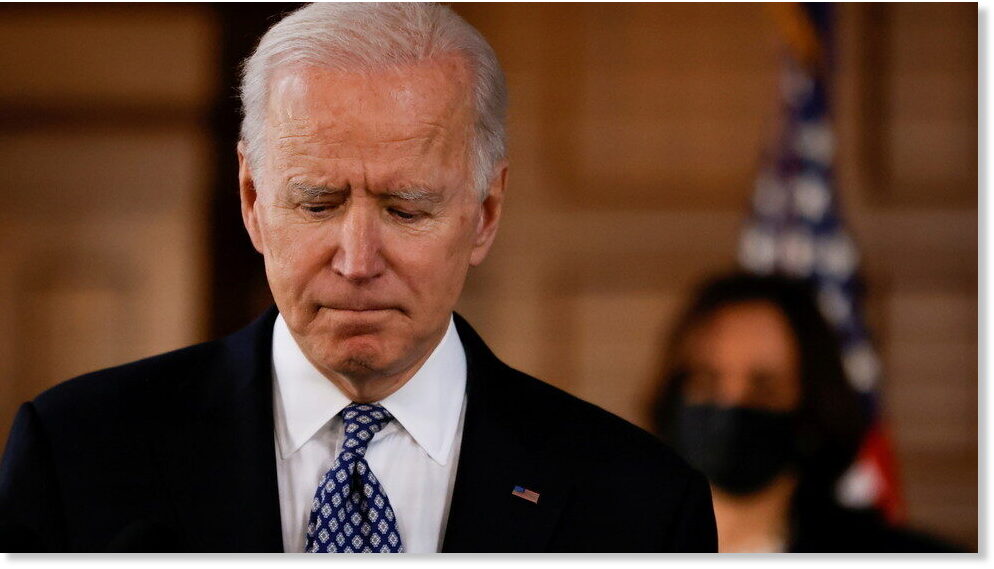 F**k Joe Biden? Looks like US voters may do just that come next year's midterms -- Sott.net

Less than a year in power, Biden's approval ratings are dropping like a rock amid controversial moves from his administration, including a compulsory vaccine mandate. This is paving the way for a major Republican resurgence. Just below the... 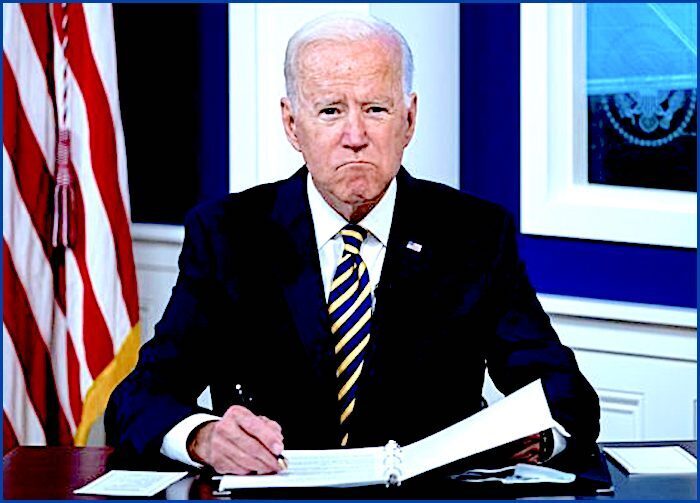 President Joe Biden's approval continued to slide Friday as he received the lowest numbers from a Reuters/Ipsos poll amid growing criticism focused on his Chinese coronavirus pandemic response and botched Afghanistan withdrawal. The poll, which...

FOTCM Member
'He is relentlessly lying.' 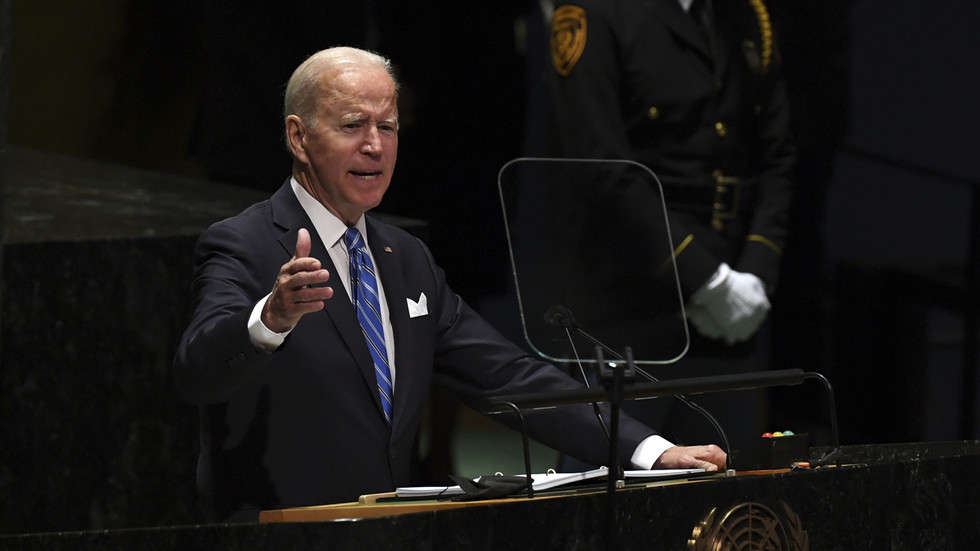 Biden hails end of ‘relentless war’ in first UN speech, but vows to focus on ‘Indo-Pacific’ amid tensions with China

President Joe Biden has told the UN General Assembly that the US’ “period of relentless war” is over. Instead, Biden says, America will fight climate change, Covid-19, and terrorism – both abroad and “in our own backyard.”

The government owns patents for the technology with the ability to real-time monitor an election ... change votes ... insert false voters ... and predetermine the outcome of an election by applying a computer algorithm.

In our prior news, we included the video of sworn testimony of a man who created an algorithm to secretly flip votes for a Republican in 2000 for a Florida election. JERRY NADLER and MAXINE WATERS, among others, heard the testimony. He submitted an affidavit to Congress in support of his testimony. HIS DOG WAS SHOT that very day. His testimony and warnings have been ignored. They all know.

This disgusting corruption crosses both political parties and involves key positions in the government itself, including, apparently, the Defense Department and the "Intelligence Community." At least as early as 2003, perhaps even before the 2000 election, the United States Department of Defense itself funded the patent process for what became in 2005 a: "method for dynamically auditing of electronic systems using an electronic registration and voting system."

This translates to they can be kept anywhere, and they can be inserted at will with no way to identify them in the system. More details include a "central secure hosting environment accessible through a network, such as the internet, by a user such as an absentee voter, from any computing device anywhere in the world. . . .

FOTCM Member
This is interesting, a good one by Tim. A recent poll shows significant numbers of Republicans, Libertarians and Democrats want secession from the Union, a division between Red and Blue mainly as the polarities between the two have become rather horrible. A few speculate what could happen if such a separation occurred. One idea is the blue states would quickly collapse as they are so against traditional energy systems. In contrast the red states would flourish, not being apposed to the use of this type of energy as well as the freedom of their citizens to be productive/creative in the areas they choose. Also, a militant invasion from the blue states (or other sources, my note) into the red states is a possibility. But, if this separation where to happen, it would be a process and take time.

My state, Colorado, has turned from red to purple. I suspect we have a lot of liberals moving in and its turning the state over to fascism. I wonder if I'll need to move... but, its good to know there may be alternatives and enduring excessive control may not be necessary.

Thinking about this in terms of what the C's have said, when we pop into 4th density, perhaps these radical blue areas will become the centralized STS living in domed cities who periodically lead raids to terrorize the STO living in other parts of the country. Also they said, Texas would successfully become independent but only after a lot of turmoil and blood shed.

Majority Of Trump Voters Want Secession And 41% Of Biden Voters Agree, The Republic Is COLLAPSING. Democrats and Republicans are clashing in unprecedented ways. But while Democrats ram through insane agendas and far left policy Republicans do absolutely nothing leaving their constituents enraged and demanding of change. The result is national divorce, civil war, or the collapse the republic. Antifa, BLM, riots etc It all seems to be coming apart at the seams #Democrats #Republicans #CivilWar
Click to expand...

I wondered how long it would be before my governor decided to chime in...
https://twitter.com/i/web/status/1445404713269215235
So isn't DeSantis now aiding and abetting terrorists as far as the Feds are concerned? Are they going to send him to Guantanamo and replace him with someone more to their liking? It would certainly be quite the spectacle if they tried.

More red states will follow suit, and I wonder if the PTB are actually trying to start a civil war or they're so deathly afraid of whatever is coming down the pike behind the scenes that it's all collateral damage in their push for total control. The Cassiopaeans suggested the states may get serious about secession at some point...

FOTCM Member
This is only going to get worse (better).

Biden warns on failing to lift debt limit: ‘A meteor is headed to crash into our economy’

And this time is not the Orange man

So I'm not on Telegram, nor have I been following Durham, but he seems to be getting quite excited these days...

That sure would be something if it was as easy as 'Snowden joins Telegram and helps take down the Biden Administration'.

So I'm not on Telegram, nor have I been following Durham, but he seems to be getting quite excited these days...

That sure would be something if it was as easy as 'Snowden joins Telegram and helps take down the Biden Administration'.
Click to expand...