This is an amazing example of survival and practicing what you are taught to do in extreme weather.
These boys did all the right things.
They didn't split up, they stayed together, used the snow for shelter, and protected the baby.
Gawd, I got a little teary when I wrote that baby part....

I have posted the complete written article, but if you go to the webpage, linked at the bottom, there is an audio interview that is so heartwarming and interesting to listen to.

Rescuers found lost Nunam Iqua children in a hole in the snow, huddled around the youngest child
By
Greg Kim, KYUK - Bethel
-
February 5, 2020 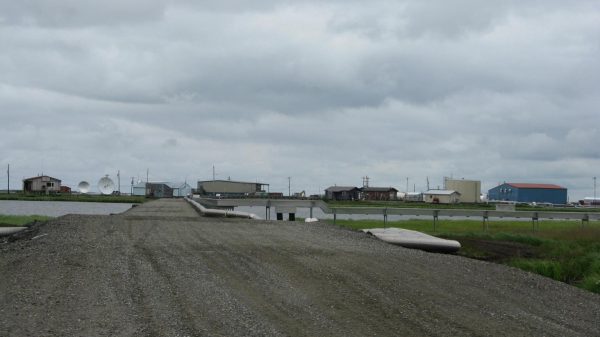 The community of Nunam Iqua, photographed in 2009. (Photo courtesy of Department of Commerce, Community and Economic Development; Division of Community and Regional Affairs’ Community Photo Library)

Bryan Simon and his team of search and rescue volunteers left Scammon Bay around 10:30 Monday morning. Snowmaching along the Black River, Simon scanned the white landscape for any minute detail, like he’s been trained to do. A hundred yards away, on the highest snowdrift, he saw something he said was suspicious.

“It didn’t look like anything. And then as I got kinda closer, I seen movement,” Simon said. “I couldn’t believe my eyes.”

Simon was 18 miles south of Nunam Iqua, a small village near mouth of the Yukon River along the Bering Sea in western Alaska. He was looking for four children — Christopher Johnson, age 14, Frank Johnson, age 8, Ethan Camille, age 7, and Trey Camille, age 2 — who’d left on a snowmachine Sunday afternoon. They’d been heading for the dump near the community, but a blinding snowstorm had come in, and the children disappeared. It had been more than 24 hours since they were last seen.

Simon and others from neighboring villages had been searching a vast, uninhabited stretch of lakes and tundra. The temperatures since the children vanished had been just below freezing, with gusting wind and snow, according to weather.com. With windchill, it had been just above 0 degrees.

Simon signaled the rest of his four-man team.
They approached.
There was something alive in the snow.

“Right away, I look for that little infant. When I got kinda close to them I thought I only seen one kid,” Simon said.
That’s because Simon saw just one mass, all four children bundled together.
They had dug a hole in the snow, about a foot deep, three feet in diameter.
“The infant was in there,” Simon said. “And the boy laid over the infant, and on his left side, a little older boy covering the draft. And the seven-year-old was laying right above them like he was blocking the wind.”
“They were protecting the baby,” said Herschel Sundown, Simon’s teammate.
Sundown, a former health aide, approached the scene and started assessing the children. The oldest had on a pair of sweatpants that had become soaked. One of the other boys was missing gloves.

“I won’t get in exact detail, out of respect for the boys, cause from what I hear, they’re still in some critical condition, I’ll just say it didn’t look good,” Sundown said.
The rescue team immediately got to work, slowly warming up the boys’ bodies. They removed the boys’ wet clothes and wrapped them in parkas the search members had been wearing.
“One of the guys put a canvas tarp over us and we huddled with all of them to try to give out some heat to them,” Sundown said.
Then he started peppering the boys with questions.
“What they can and cannot feel,” Sundown said. “If they’re able to feel us touching them.”
He did not say what the boys responses were.
The search team’s leader radioed the Coast Guard.
“And I wanna say 15 minutes or less, we were able to hear a helicopter coming,” Sundown said.
The mission may have ended for the searchers, but for the boys, the battle is not over.

The Coast Guard transported the children to Bethel, where three of them were treated for severe hypothermia at the Yukon Kuskokwim Health Corporation. Ethan, the 7-year-old, was transported to Anchorage. He was listed as a patient at Alaska Native Medical Center on Wednesday.
Still, the boys already defied the odds. For one, Sundown says their rescue was lucky. They were in an area other searchers had passed through multiple times without seeing the children.
“And it’s just the angle that we came in that we were able to spot them,” Sundown said. “We didn’t think we would find them, but we did.”
Plus, they’ve survived over 24 hours outside, through the night, forming a human shelter for their two-year old brother to stay warm.
“In all honesty, I don’t know how they survived,” Sundown said. “The will to survive in these boys is amazing. I have never seen anything like that.”
In addition to Scammon Bay, local groups from Nunam Iqua, Alakanuk, Emmonak, and Kotlik also participated in the search. Hooper Bay and Chevak were available on standby while the U.S. Coast Guard and National Guard provided assistance from the air. Alaska State Troopers coordinated the state-wide effort that brought the four missing boys from Nunam Iqua in from the cold.
Editor Julia O’Malley in Anchorage contributed reporting to this story. 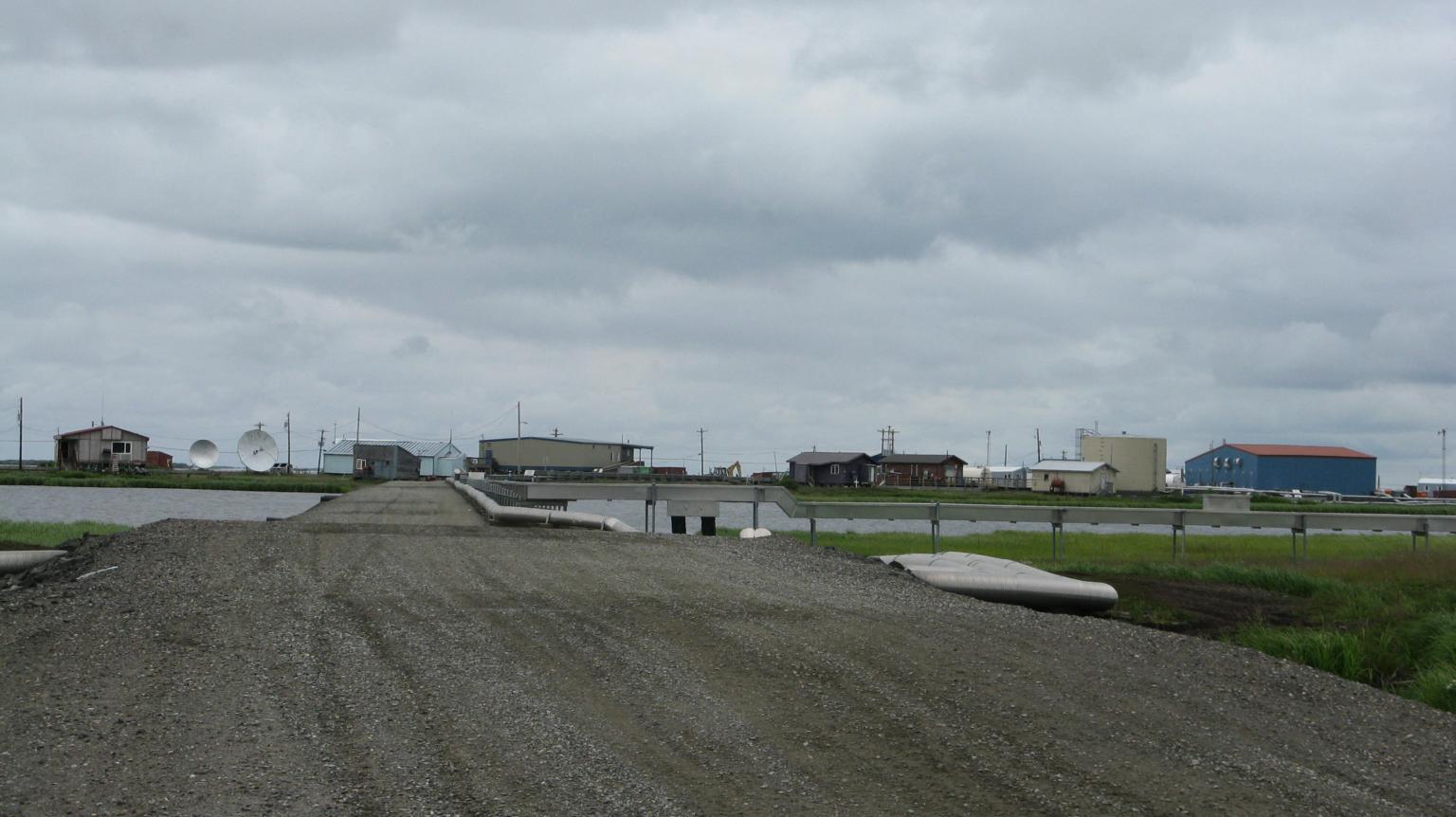 Rescuers found lost Nunam Iqua children in a hole in the snow, huddled around the youngest child - Alaska Public Media

When the searchers arrived, all four children were able to verbally respond to their questions. The searchers said they looked bad, and would not comment further on the children’s physical condition.

A Follow up article states:
"The four Nunam Iqua brothers who were found in the snow on Monday will make a full recovery according to the boys’ mother, Karen Camille. She spoke with her sons from the village by phone on Wednesday morning. " 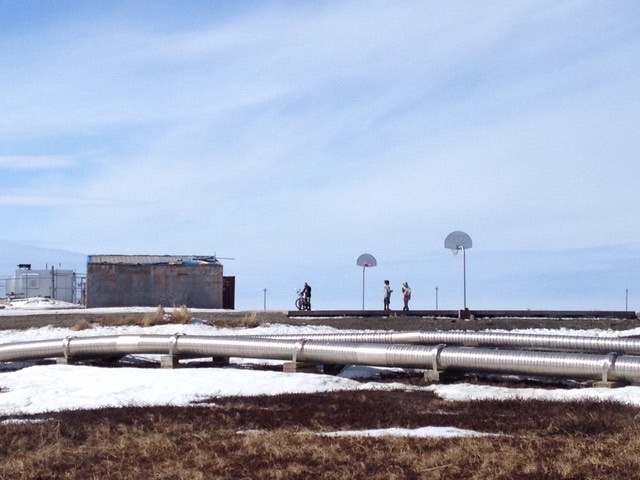 The four Nunam Iqua brothers who were found in the snow on Tuesday, Feb. 4, will make a full recovery according to the boys’ mother, Karen Camille.

I’m so glad they were found safe, had survival skills and most importantly looked after their baby brother. Thank you for posting this :)
Y


The guys are just great, February in Alaska in any case does not have a comfortable walk. I was reminded of two cases in Russia last summer. This, of course, is not winter or Alaska, but the age of children lost in the woods, the loneliness in both cases, the time during which they were searched for and other delights in the form of wild animals, all this makes both cases look like a miracle.

After four days of extensive searches in the Nizhny Novgorod region, a five-year-old girl who got lost in the forest was found alive

The doctors assessed the baby's condition as severe. But the worst is over. Everyone was looking for the child-police, rescuers, investigators, volunteers, local residents and, of course, relatives. Only about a thousand people. And now she is with her family, but still under the care of doctors. Recently, such a happy story of salvation is not the first.

The first shots after the girl was found. A faint cry - and the volunteers carefully approach the child, wrap it in a blanket, and take it in their hands. The first thing Zarina asks for is a drink.

Really a story with a happy ending. Almost a thousand volunteers, police officers, the Ministry of emergency situations, and the Investigative Committee spent four days searching for five-year-old Zarina Avgonova. Every minute was on the account — the search is not stopped either by day or by night. The search area was expanded to ten kilometers.

They found the baby one and a half kilometers from the house. A group of volunteers once again combed the forest — at some point, and it was already dark, a strange sound was heard from the thickets of windbreak-no one at first even believed that it was the voice of a child.

"At first we thought it was some kind of bird. That is, her voice could barely be heard, " Alexey Makarov recalls.

"She had severe abrasions on her legs, her hands were all bitten, some bumps, sticks in her hair," says Tatyana Gorbacheva.

"The girl was wrapped in a blanket, given water, given a banana, and asked how she was feeling. She said she wanted a cake. Alexey very affectionately carried her, calmed her, we quickly took her out of the forest, for 15 minutes, " says Svetlana Shuga.

She was last seen on August 18 in the courtyard. Zarina and her grandmother came to visit relatives. At first, she took it with her to collect mushrooms in the forest, but then the girl said that she was tired and stayed at home. When my grandmother returned, the child was not found. The next day, hundreds of volunteers gathered in the remote Nizhny Novgorod village of Stepanovo and began searching for the girl.

Hundreds of "Help find the child" signs — signs of Sarina, description of clothing-were posted all over the district. Around the village — swamps and dense forest. Several times we had to comb a huge area — the area was inspected from copters and flew around in helicopters, on the ground, first of all, we checked the basements of houses and wells, the nearest pond was examined by divers, dog handlers worked. At some point, we had to turn to the hunters — in the search area we came across a bear, and the tracks of the girl and the predator intersected.

"We saw and heard the bear from a distance of about 200 meters. I can imagine what a child might have felt. A very complex search, " says Vladimir Koshkarev.

This is the second such story with a happy ending in recent times. Last week, a three-year-old Kolya was found in the Omsk region. His parents came to the forest to pick berries and left the child alone in the car. When they returned, he was gone. The boy was searched for almost three days, and found bitten by midges, with dehydration, but alive. The child was already released from the hospital after the examination.

Experts say that the success of these operations, in particular, became possible due to the improvement of search technologies. Both used copters, analyzed aerial photography, and tracked the "squares" combed by volunteers using special trackers. But the main thing is still in the number of people who are not indifferent, who come to help at the first call, in the coherence and close interaction between volunteers, rescuers and representatives of law enforcement agencies.

The found five-year-old Zarina was immediately taken to the Voskresensk district hospital — her condition is serious, but stable — the child is dehydrated and hypothermia.

"She received all the necessary medical care, now the girl feels stable and we monitor this situation every minute," - said the head of the district Ivan Martynov.

In the district hospital, the baby is now with her parents, and today Zarina will be taken by helicopter to Nizhny Novgorod.