I saw this before and thought it was wonderful. May be, it is city/country for the electrons, geographically arranged and designed by human mind as it is familiar with in the outside world. I can't stop laughing at this one!
I guess if you have EVER been chased by a goose, you'll know how bloody RELENTLESS they are. A thunderegg (or thunder egg) is a nodule-like rock, similar to a filled geode, that is formed within rhyolitic volcanic ash layers. Thundereggs are rough spheres, most about the size of a baseball—though they can range from a little more than a centimeter to over a meter across. They usually contain centres of chalcedony which may have been fractured followed by deposition of agate, jasper or opal, either uniquely or in combination. Also frequently encountered are quartz and gypsum crystals, as well as various other mineral growths and inclusions. Thundereggs usually look like ordinary rocks on the outside, but slicing them in half and polishing them may reveal intricate patterns and colours. A characteristic feature of thundereggs is that (like other agates) the individual beds they come from can vary in appearance, though they can maintain a certain specific identity within them.
Click to expand... What are Thundereggs? and why are they so special?. A Thunder Egg "Thunderegg" is a nodule-like rock, similar to a filled geode, that is formed within rhyol 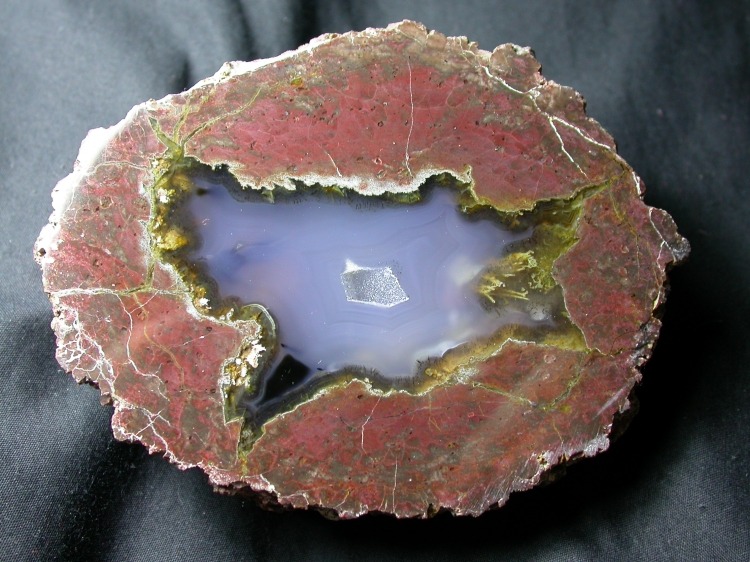