Peel and chop the onions, the zucchinis and 2 cloves of garlic. Add salt and pepper.
Saute them with 4 Tbsp of olive oil.

In a large bowl, mix the eggs with the flour, the rice milk, the herbs, salt, pepper, remaining olive oil and the remaining garlic (3 chopped cloves).

Add the saute and mix thoroughly.

Pour in an baking dish and bake for roughly 35 minutes.

Tip 1 : you can have the flan with a tomato coulis.
Tip 2 : you can eat the flan after leaving it in the fridge. It's an excellent cold dish.

Preheat oven to 375 degrees. Coat rimmed baking sheet with olive oil; place squash meat side down and bake for 50-60 minutes. When squash is 10 minutes from being done, warm 1 tbsp of olive oil in a skillet over medium heat. Add garlic and cook for one minute. Stir in broth, salt, red pepper and spinach and simmer until spinach is wilted.

Use a fork to separate squash strands into a medium bowl. Add some salt, some olive oil and toss. Transfer spaghetti squash to plates and top with spinach mixture. Garnish with pine nuts and serve. Serves 2
H

I got this recipe from an article about quinoa. It was said to be a traditional for the region where it grows. Quinoa is high in protein and gluten-free. The recipe also incorporates lots of greens which are always good.

2\3 cup quinoa, well-rinsed
a couple of cups of fresh tough greens like kale or kohlrabi leaves
1 onion
couple of cloves of garlic
some olive oil
a cup or so of chicken breast or thighs, chopped (the native recipe used guinea pig meat, which apparently is similar in taste

)
chicken or vegetable stock (home made or good store-bought)

1) cook quinoa in water (the proportion is 2.5-3 cups water per 1 cup of quinoa grain)
2) on a large skillet or a wok, saute the chopped onions, grains, garlic together; chicken can be done separately or in the same mixture.
3)combine quinoa and the sauteed mixture, add broth and boil for a little bit, enough for the chicken to thoroughly cook. Add potatoes at this time if desired.
4) add salt and seasoning to taste.
H

Teff, the smallest grain in the world, hails from Ethiopia. It is very nutritious and contains no gluten. It does contain trace amounts of gliadins, gluten-like proteins, so there is some dispute as to whether it can be considered "gluten-free". However, it is generally very well tolerated by people with celiac disease, same as quinoa. It is labeled gluten-free by companies like Bob's Red Mill that test their products with ELISA.

This recipe is from Bob's Red Mill package with some modifications:

1) Boil water, add teff and cook on low for 15-20 min, stirring often
2) Combine cooked teff and the rest of the ingredients in the food processor, add more water if necessary, and blend
3) Spoon into serving dishes, chill and enjoy.

Moderator
FOTCM Member
Thank you, everyone, for the many recipes, both here and in the gluten-free thread. I intend trying them out when I start my early retirement, and am past the crucial stage of the anti-candida detox.

I tried it yesterday: very nice :)

Here's a delicious gluten-free bread recipe -- to eat with moderation if doing the anti-candida diet (I'm not there yet, still transitioning from the ultrasimple diet), coz it's a bit too yummy so you tend to eat the whole thing quite quickly (if you're like me) :P

In a bowl, pour the rice and buckwheat floors, quinoa grains, baking powder, salt, almonds or nuts and zante currants. Pour water and mix vigorously. Immediately pour the batter into an oiled round baking pan (not too big). The batter is rather soft and spreads like a galette.
Bake in oven, thermostat 7 (210°C) for 25-30 min. After 15 min. of baking, you can oil the surface using a paintbrush coated with olive oil so as to glaze the crust.
Turn out the bread on a shelf and let it cool. Eat on the same day or the day after.
Very good with salads, hummus, raw veggies, roasted veggies…

No problem,thank you :)
I wouldn't wanna totally fry the bread. Sounds like a must-try recipe for me, fast and easy.

Helle said:
I wouldn't wanna totally fry the bread. Sounds like a must-try recipe for me, fast and easy.
Click to expand...

Indeed. But although the recipe says 25-30 min, when I first tried, it was baked after 20 min (I have a gas oven) so I turned the heat off and left the bread to rest for a few minutes in the oven. So I'd advise to check around 15-20 min just in case.

Finely chop vegetables, heat oil/butter in a pan, add vegetables and garlic, stir to get well oiled, season, sweat vegetables for 10min with lid on the pan, and over low heat.

Add stock/water, Buckwheat or Quinoa to vegetables, and simmer in covered pan for 10mins.

This soup is delicious in the autumn with either lunch or with evening meals.

FOTCM Member
I noticed a disturbing lack of brussels sprouts here, so I thought I'd share a recipe. For the most part, it comes from some old vegetarian cookbook I had lying around, so I hope it's okay to post it.

3 large shallots (about half a cup worth)

5 cloves of garlic (or more, if you want to keep the vampires away)

Olive oil (enough to cover the bottom of the pan)

Salt and pepper (to taste)

First, cut the ends off all the brussels sprouts, and then slice them from the tops to the ends, dividing them into 3 pieces (or however thin you want them). You will want to keep them in a large, separate bowl. When you're done with that (it will take a while), clean and dice shallots and garlic very finely, and keep in a separate bowl. Also dice (or shred) the peeled ginger in another bowl if you plan to use it.

If you choose to use pearl onions, you'll want to slice the ends off and let them boil for ten minutes, or until soft. When they're done, put them in cold water, so you can peel them easier. I just take my knife and "pop" the meat out from the skin, and then keep them in yet another separate bowl.

In a large, preferably cast-iron pan (mine is sort of like a giant pan that's like a bowl where you can stir-fry stuff in, I don't know the name for it), cover the bottom with a thin layer of olive oil, and let it heat up. Put the garlic and shallots in when the pan's hot enough to make them sizzle. Stir fry them until they start to brown, and then gradually add the chopped brussels sprouts (you need to let them cook a bit so you can fit them all in the pan). Thoroughly mix the brussels sprouts with the garlic and shallots for about ten minutes, along with some salt and pepper if you want.

Now you should stir the ginger and pearl onions into the mix, and let it cook for about 5 minutes. Now put in the vegetable broth and let it cook with the lid on, stirring occasionally until most of the broth is gone and the brussels sprouts are soft enough to your liking.

That's it, I think. If anything starts to stick at the bottom of the pan, just put a bit more olive oil in. Hope anyone who tries it likes it. Thanks. :)
H

An experiment with some left-over salmon yielded a delicious recipe. This is good to use on "big store"-bought frozen fish that is cheaper but not the best quality. Other kinds of fish will probably work just as well too:

about a pound and a half of raw salmon, chopped into small pieces
one onion, grated or chopped finely
one carrot, -"-
one celery stick, -"-
a few Tbs of gluten-free bread crumbs
salt and seasoning to taste

mix everything very well, form flattened round patties, and then either grill or bake in the oven at 400F until ready.

(That's on behalf of my guinea pig, Mo -- he refers everyone to the following: 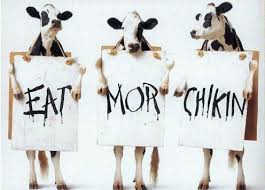