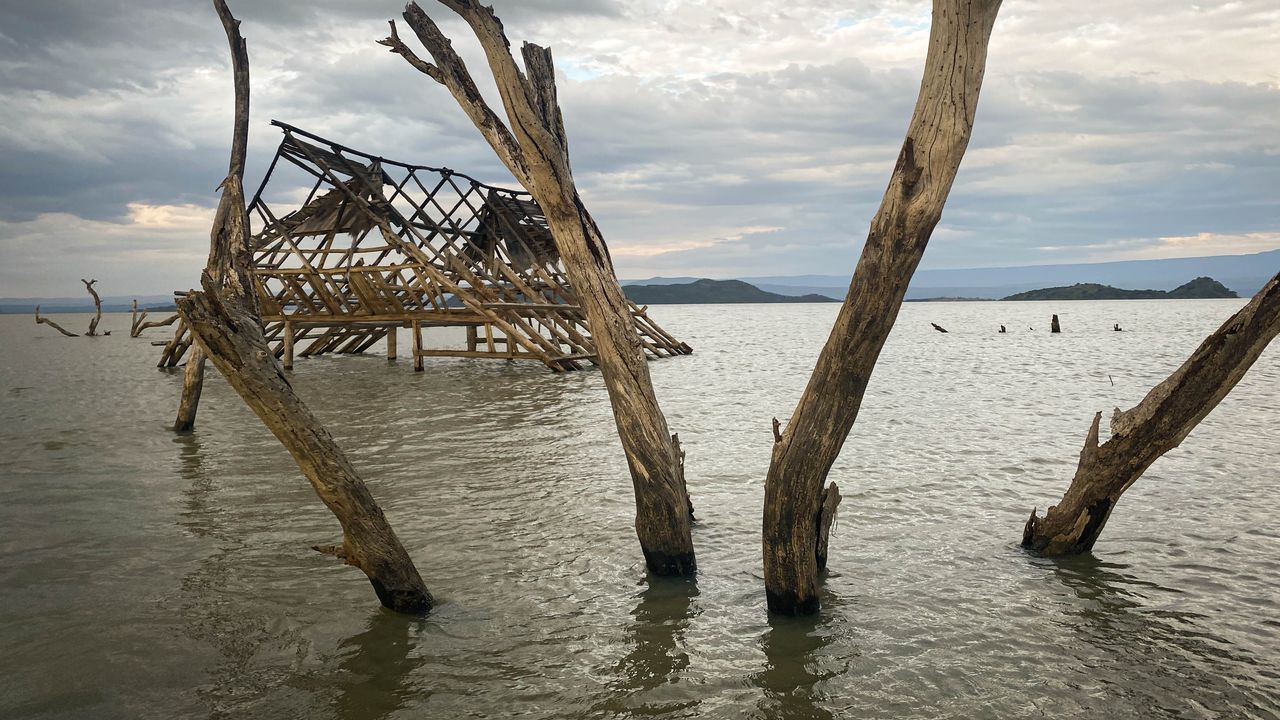 Little remains of the bridge that connected the two islands in Kenya's Lake Baringo. Water undulates over the part of the wooden railing that is still visible. Just a little more, they say here, and the bridge will go completely under. Water levels are rising, and that is linked to excessive rainfall due to climate change and logging.

"The route to school is completely cut off as a result," sighs Wesley Tulia, head teacher at Kokwa Primary School. As a result, more than 200 children have to cross by motorboat every day. The Kenyan government pays part of the cost, but it is not enough, Tulia says: "The boat runs on fuel, and we have to ask parents for a contribution. Many parents don't have that money and so sometimes no boat goes."

For Belinda Lesiita (14) and her classmates, this sometimes means no lessons for days at a time. "Then we stand on the shore, and it turns out there is no fuel. Sometimes we have to wait almost a week for the boat to go again." 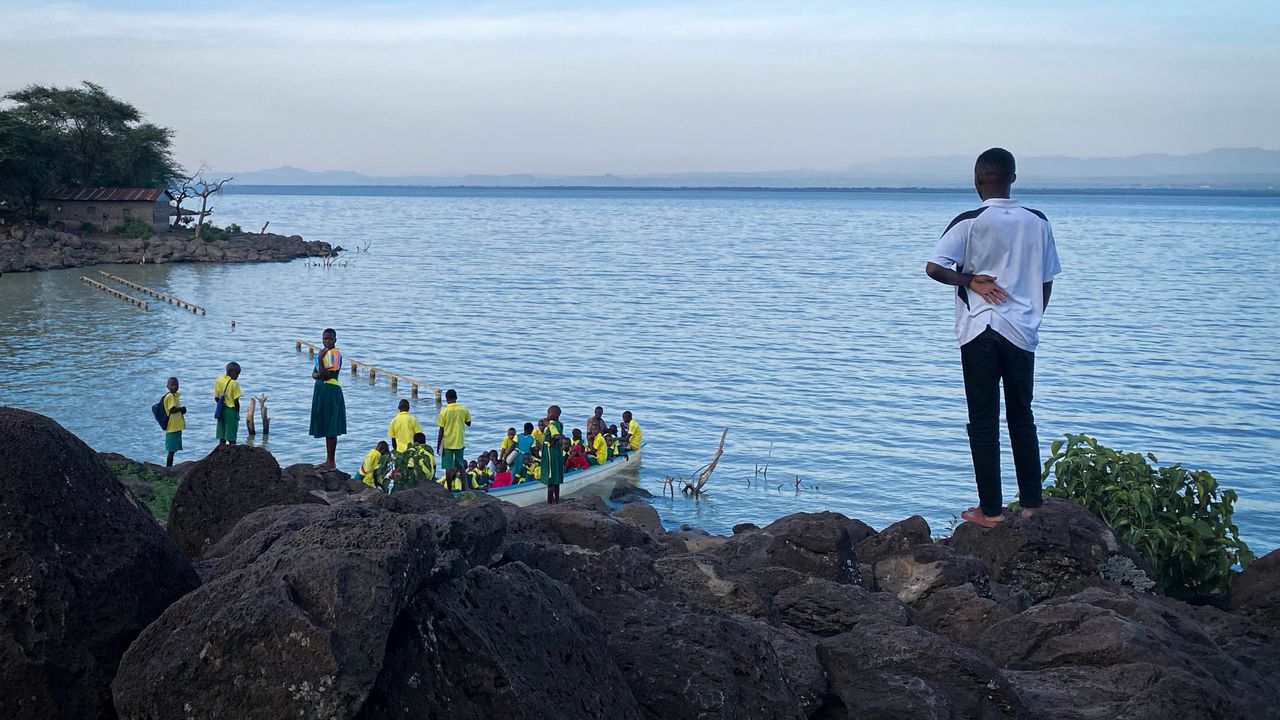 The loss of the bridge is just one of many consequences of rising waters around Kokwa, an island in the middle of Lake Baringo. The pharmacy, the sports field and several houses have been swallowed by the washing water in recent years.

Other lakes in the Great Rift Valley, a gully that cleaves all of Kenya vertically, are also bursting their banks. Lake Baringo gained more than 100 square kilometers of water area between 2010 and 2020. One researcher describes what is happening as a "tsunami in slow motion."

Swallowed up by climate change

Ask residents around the lake about the cause, and no one answer will be unequivocal. Shifting earth plates, drilling for thermogas, a sign from above perhaps?

According to the Kenyan government, which wrote a report on rising lake waters last year in collaboration with UN agency UNDP, climate change is the main cause.

Although large parts of Kenya are suffering from severe drought and reduced rainfall, including Baringo, on average it has rained excessively in areas along the Rift Valley over the past decade.

On top of that, the hills surrounding the lakes are being cleared. "Wild animals used to roam here," says climate activist Paul Chepsoi, pointing to the arid, dusty landscape. Nothing betrays that twenty years ago there were native trees here, surrounded by grass.

And those very trees were essential, Chepsoi says. "The roots of the big trees held the water. But if the land is barren with only some shrubs, that means the water runs off faster and the landscape erodes. As a result, the water in the lake below continues to rise." 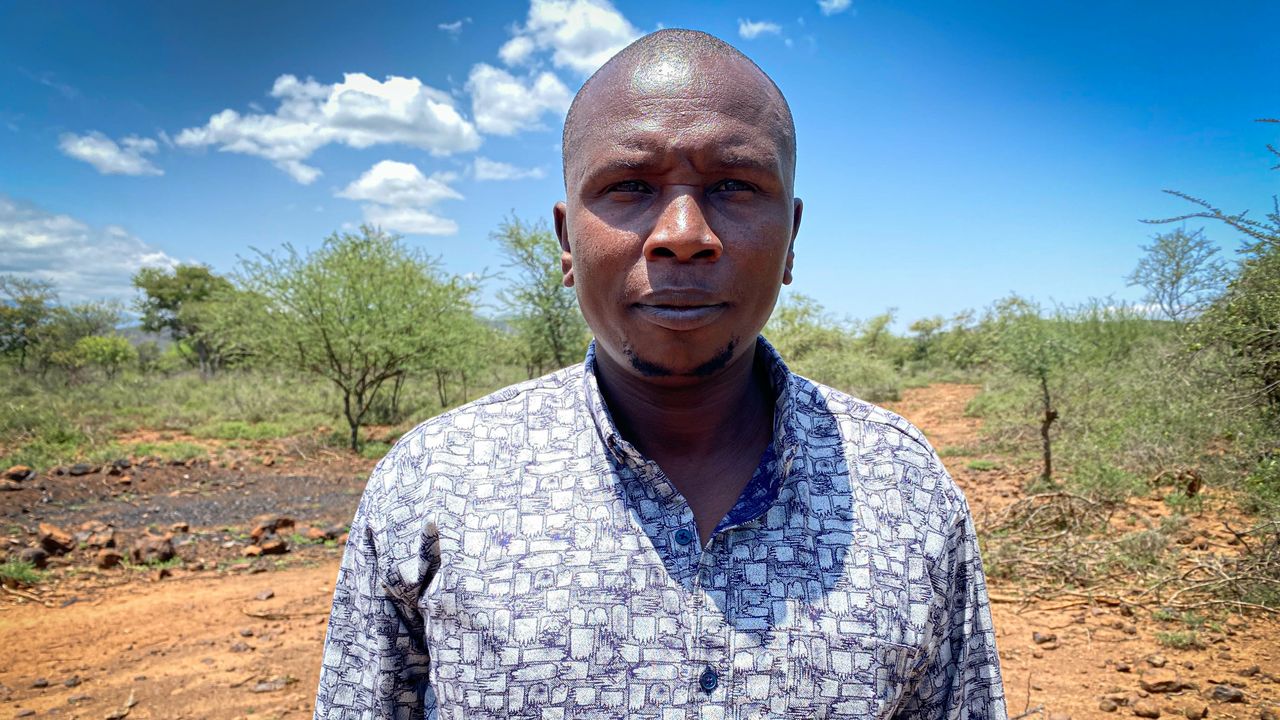 Behind him, an older man arranges the branches he has just chopped into pieces, ready to be burned into charcoal. "This is a fairly new phenomenon for us," Chepsoi says. "Logging was not in our culture at all. But because farming and beekeeping have become increasingly difficult, also due to climate change, people can't do otherwise, even if it is forbidden."

People living near Lake Baringo wonder how long this will last. Teacher Wesley Tulia looks at the children playing in the schoolyard. "If this continues they will become refugees. Not because of war, but because of the rising water."