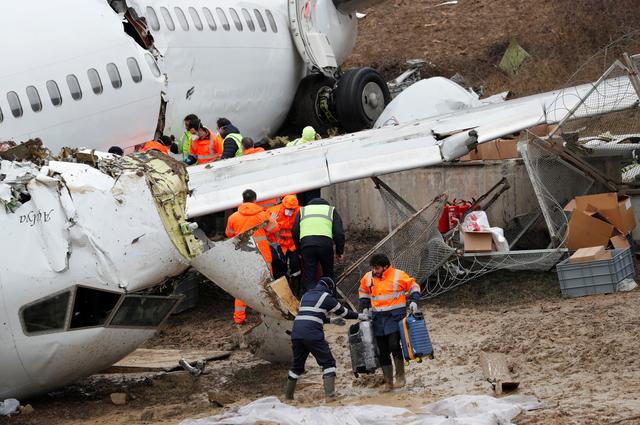 The low-cost Pegasus Airlines plane with 183 passengers and crew on board was arriving at Istanbul’s Sabiha Gokcen airport from the western Turkish city of Izmir when it had what the Transportation Ministry described as a “rough landing.”

Istanbul Gov. Ali Yerlikaya said the plane landed in bad weather, failed to “hold onto the runway” and skidded some 50-60 meters (yards) before crashing into a ditch from a height of nearly 100 feet.

FOTCM Member
These accidents are getting to be common! Boeing craft landed short of the runway, no serious injuries reported. Note to self: Be dressed and ready for evacuation ahead of landing. These people were.

FOTCM Member
February 19, 2020 - MELBOURNE: Four people were killed in a mid-air collision between two light planes in Australia on Wednesday, scattering debris across a rural area north of Melbourne. Police said the two twin-engine aircraft were each carrying a pilot and a passenger when they crashed around 4,000 feet (1,200) above the town of Mangalore.

Images from the crash scene on the ground showed twisted metal and chunks of fuselage scattered in a field and among trees.
Police said both planes were flying legally in the area but investigations were ongoing.

"We're not sure why both aircraft were exactly on the same trajectory or why they were in that area but unfortunately they have collided mid-air," Police Inspector Peter Koger said.

One aircraft had just taken off from the nearby airfield but the other plane's origin was still unclear, he added.
A

FOTCM Member
Passenger plane lands in Moscow after being diverted over cracked window - RIA
Friday February 28, 2020 - A Boeing-777 passenger plane landed safely at Moscow’s Vnukovo airport on Friday after it was forced to turn around en route to Bangkok because of a cracked cockpit window,the RIA news agency cited emergency services as saying.

The plane, which took off from Moscow carrying more than 200 people, was diverted after it reported the crack upon entering Kazakh air space, the TASS news agency reported earlier.
A

A spokesman for the operator Fraport said 72 flights had been canceled and 57 redirected during the two stoppages, which together lasted almost three hours.

Police said they were still looking for the perpetrators and their drones, and criminal proceedings were launched for dangerous interference in air traffic.
A

The plane approached the landing strip and on the third occasion the plane has tragically crashed,” Chief Superintendent Chris Hodgman told reporters. “We know that there were five people on board. The plane has crashed into some sand dunes. Nobody has survived that crash.”

Weather conditions had been “pretty rough,” given monsoonal rains, Hodgman said, adding it was too early to determine reasons for the crash and that police were investigating.

All passengers aboard the twin-engine Cessna 404 Titan aircraft were from Cairns. 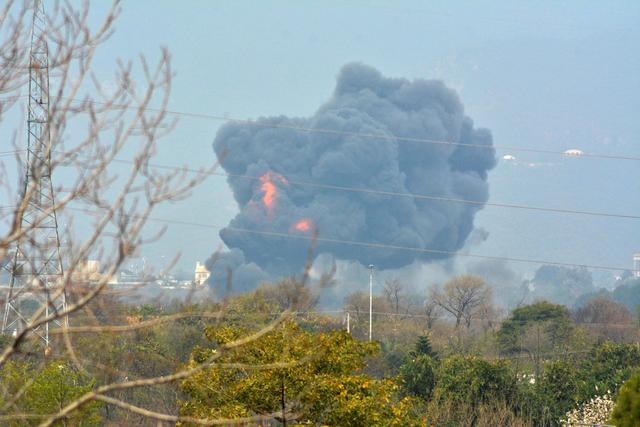 A Pakistan Air Force F-16 fighter jet crashed on Wednesday in a parade ground in the capital, Islamabad, killing the pilot as he was rehearsing for a Pakistan Day air show, the air force said.

A Pakistani Air Force F-16A crashed in Islamabad earlier today during a practice display mission for an upcoming parade. The pilot, Wing Commander Nauman Akram, perished in the mishap. It is unclear exactly what caused the crash at this time and an investigation is underway. Thankfully nobody died on the ground when the jet careened into a treed area after a sharp maneuver. You can read more about this tragic event as well as see videos taken by bystanders in our previous post. Now, nearby closed-circuit surveillance camera footage shows the jet slamming into the ground in a high-alpha state.


The video clearly shows the aircraft in a nose-high attitude while losing altitude, impacting a tree or other object, and subsequently hitting the ground at high speed, before skidding forward in a giant fireball. It's a horrific scene, with a bystander in a car seen close by during the sequence of events, but this video could help investigators better understand what happened to the plane and its pilot. The canopy appears intact before the crash, so there are no noticeable signs of an attempt to eject.
A

FOTCM Member
A medical evacuation plane exploded during take-off in the Philippine capital on Sunday, killing all eight passengers and crew, including an American and a Canadian, officials said.

March 29, 2020 - The plane, owned by a Philippines-registered charter service Lionair, had been bound for Haneda, Japan, but burst into flames at the end of the runway around 8 p.m. (1200 GMT), Manila’s main airport said.

Indonesian carrier Lion Air issued a statement making clear that it is unrelated to Manila-based Lionair.

Video footage showed a huge plume of smoke rising into the night sky as fire crews doused the fuselage with foam.

The twin-jet West Wind 24 plane was carrying three medical personnel, three flight crew, a patient and a companion, Richard Gordon, a senator and head of the Philippine Red Cross, said on Twitter.

“Unfortunately, no passenger survived the accident,” the Manila International Airport Authority (MIAA) said in a statement.

An investigation by the Civil Aeronautics Authority of the Philippines was under way, MIAA said.

The aim is to reopen the runway about two hours after midnight, he said in a press briefing.

Monreal confirmed that an American national and a Canadian citizen were among those killed, but could not provide further detail. The six others were all Filipinos, he said.
A An airport personnel walks beside the remains of a Lion Air, West Wind 24 aircraft after it caught fire during take off at Manila's International Airport in Philippines on Sunday, March 29, 2020. (AP)

Initial reports indicate that Lion Air flight RPC 5880 was taking off at NAIA runway 24 when it caught fire and burst into flames about 8 p.m. The aircraft was reportedly on a medical evacuation mission to Haneda in Japan.
You must log in or register to reply here.
Share:
Facebook Twitter Reddit Pinterest Tumblr WhatsApp Email Link
Top Bottom