Mari said:
There are HD versions as well - if you know where to look for them

(i.e. new Spiderman is still a Cam version only,)

Oh, I didn't realize it was available on HBO max in the US.

FOTCM Member
For all its faults, and there are plenty, at least the movie has a few ideas that make you think; such as the interrelation of free will and destiny, how one can be asleep even after being unplugged from the Matrix, that the vast majority of people wish to remain in a state of ignorance, how the system weaponizes ideas to lull people into sleep, and so on.

Face reality, people. Movies are dead. Games are dead. Narrative? Dead. Media is nothing but neuro-trigger response and viral conditioning.
Click to expand...

Hello.
A question for those among you who've already watched this movie : what's the first name of Trinity/Tiffany's husband ?
(I understood "Chad", but I'm not sure.)

Bastian said:
Hello.
A question for those among you who've already watched this movie : what's the first name of Trinity/Tiffany's husband ?
(I understood "Chad", but I'm not sure.)
Click to expand...

That is what they say here: link

"Trinity has changed a lot in Matrix Resurrections. The heroine, prisoner of a new Matrix, calls herself Tiffany. She is now the mother of two children and finds herself married to a man, Chad. The latter, who appears briefly several times in the film, is played by Chad Stahelski, coordinator of the fights of the Matrix trilogy, understudy of Keanu Reeves, but also director of John Wick."

FOTCM Member
Watched yesterdey, no covid pass requred here in Croatia for entering Cinemas. All in all waste of time for me.
But didn't expect it to meet triology in the first place, it had a strong "The last Jedi" taste. Would not recomend if you can
better spend your time.

Anthony said:
For all its faults, and there are plenty, at least the movie has a few ideas that make you think; such as the interrelation of free will and destiny, how one can be asleep even after being unplugged from the Matrix, that the vast majority of people wish to remain in a state of ignorance, how the system weaponizes ideas to lull people into sleep, and so on.
Click to expand...

I finally watched it on DVD recently (I couldn't see it in the theatre as you had to be vaxxed at the time). While there was the odd interesting idea here and there as was mentioned, I don't recommend shoveling through this cinematic excrement to find them. This film has officially "swallowed the blue pill". Stick with the original Matrix from 1999; better plot, better story, and WAY better action.

The last part of the Matrix of course has an ambivalent impression on us all but still I can see there some deep ideas...
Anyway, I really like Keanu Reeves as an actor and also his personality , he seems very sincere and profound...and what a hardships he’s gone through🤦‍♀️
Here’s an article him speaking about the Matrix of our world.

“HUMANITY IS SHOWING SIGNS OF FREEDOM FROM THE MATRIX. WHAT A MOMENT TO BE ALIVE! WE ARE LIVING IN EXCITING TIMES. “ 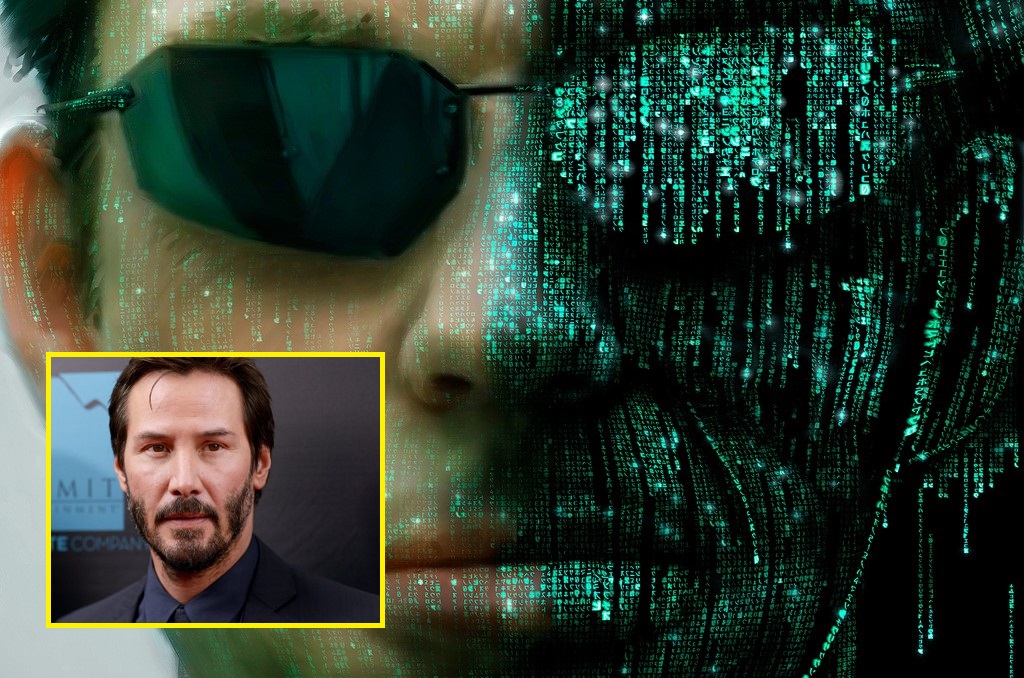 Keanu Reeves : Humanity is about to break free from the Matrix - Infinity Explorers

A war is being waged that will shape the future of human existence, and the world we leave for our children, according to Keanu Reeves, who says he is "quietly optimistic" about the future because "humanity is showing signs of breaking free from the matrix. "(break free from the Matrix)

You don't know that for sure

aimarok said:
You don't know that for sure

Haha😅 who knows who knows!😅🧐
J

More on the shadow side of both the original trilogy and this new movie... Don't you guys think it sort of reinforces the whole "savior complex" program? As in, Neo is the chosen one and only he can bring balance to the Force. I mean, freedom from the machines. And in the end, does he? Not even lol. The solution the Warchowskis offer is basically that there's nothing we can do, might as well learn to live with both the Matrix and the machines. Plus, all the violence and fighting (and don't get me wrong, I'm a huge Kung Fu fan, but so much violence does desensitize the populace, doesn't it?).

I know references to Gnosticism abound in the first movie, but something in me tells me it's more like a perversion/distortion of it than the real thing. I don't think Warner Bros. is that interested in encouraging people to wake up. I don't know, just my two cents...
F

Who are the controllers that had the human bodies ready for the soul matrix yo agree to " jump in" The lizzies?

feroz013 said:
Who are the controllers that had the human bodies ready for the soul matrix yo agree to " jump in" The lizzies?
Click to expand...

Probably lot of groups in 4D STS involved given the scale of activity. Lizzies and their bosses orion STS may be one.

Q: (L) Are the Lizard Beings agents for some other group?

A: Well that is a rather simple question. But, there are levels of authority in 4th density STS environment. And these are determined by intellectual and physical prowess, as always, in STS. The "pecking order" as you call it. So, therefore, we could state that at the bottom are those you are familiar with as the Gray beings, and in the middle are those you would call the Lizard Beings, and above that are others that you are not so familiar with.

Q: (L) Who are they?
A: The most commonly known, of course, are the Orion STS.

Q: (L) What do they look like?
A: They are, in fact, humanoid in structure, resembling large human beings.

Q: (L) And we don't see them that often?
A: Well, of course you know by now, that the ones most frequently seen on 3rd density level, are the Gray beings. All other equally less frequently seen.
Click to expand...

Q: Now, let me get to MY questions! You once said that the core of DNA is an as yet undiscovered enzyme related to carbon. Is that correct?

Q: Here in this book it says:

"Evidence is accumulating that only a relatively small portion of the DNA sequence is for so-called structural genes. Structural genes lead to the production of protein. There are an estimated 50,000 structural genes with an average sized of approximately 5,000 base pairs, which then accounts for only 250 million of the estimated 3 billion base pairs. What is the rest of the DNA for? Some of the DNA is so-called repetitive sequences, repeated thousands of times. The function is unknown. The ALU, repeat, for instance, contains over 300,000 copies of the same 300 base pair sequence. Certainly this DNA is not junk and plays some important role in the gene regulation chromosomal architecture or chromosomal replication. Until 1977, it was thought that genes were single sequences of DNA that are coded into RNA and then into protein. However, further study has shown greater complexity. It is now known that there are pieces of DNA within a gene that are not translated into protein. These intervening sequences, or INTRONS, are somewhat of a mystery, but appear to be a very common phenomenon."

Q: What about this ALU repeat with over 300,000 copies of the same base pair sequence. What is it?

Q: What is a tribal unit?

Q: What does this code for?

Q: Could you define "tribal" for me?

Q: What does the rest of the DNA code for that is not coding for structural genes. What else can it be doing?

Q: Truncated flow of what?

Q: Liquids from where to where?

A: What is your sense?

A: Time for your input.

A: No. Not alright: we asked you a question!

A: Yes. Because of design alteration!

Q: Is this liquid that has been truncated a chemical transmitter?

Q: And would this chemical transmitter, if it were allowed to flow, cause significant alterations in other segments of the DNA?

Q: So, there is a segment of code that is in there, that is deliberately inserted, to truncate this flow of liquid, which is a chemical transmitter, or neuropeptide, which would unlock significant portions of our DNA?

Q: I assume that this was truncated by the Lizzies and cohorts?

Q: Okay, can you tell us what this specific liquid or transmitter [is that] was truncated?

A: Think of the most efficient conductor of chemical compounds for low wave frequency charge.

A: Closer. It is a naturally bonding combination.
Click to expand...