Last Monday (july 5) there was a severe hail storm in the State of Mexico.

Civil protection elements and firefighters from Tlalnepantla rescued three people and a lifeless body from a tunnel, where an 80-centimeter block of ice was formed by the hail that accumulated due to the atypical rain recorded.

Another video that claims to be of the hail storm in Italy; it appears to be smashing through a glass ceiling in a mall (although i get the feeling i've seen this video before, maybe just a similar one):


https://twitter.com/i/web/status/1413229137704235009
Whether they were all part of the exact same storm system, i don't know. But it is true that parts of Europe have seen quite unsettled and stormy weather recently:

Over in Spain there was a tornado:

A lot of extreme factors came together in the 8 July 2021 weather event in northern Italy, e.g. Milano but also in other regions near by.

Chilly air over France 15-21°C [59-70°F] due to a deepening trough there, while at the same time we have very high temperatures on the east side (Italy, Austria, Slovenia, Balkan countries, Central Italy) up to 35-40°C [95-104°F], and on top also very high due point temperatures around 20-23°C / 68-73.4°F which means a highly unstable airmass with lots of energy (2000-3000 J/kg MLCAPE) - plus a local surface low which over Piedmont (Turin area), early morning of 8 July initiated already the first big mega thunderstorms. It all together created the perfect recipe for disaster over Northern Italy, but also neighboring areas east of it.

All this "autumn like pattern" which strangely established over West Europe - mainly UK and France - where chilly air is pumped in from the west - clashes with hot, especially humid air over central Europe, forcing it upwards.

That means huge thunderstorm clusters as well mesoscale thunderstorms along the thresholds which separates cold from hot - the kind of brew, which gives birth to all kinds of extreme weather. This also happened later in the evening, over East Northern Italy, Austria and one center over Czech Republic growing into Poland.

This is a map from 8 July 2021, at 12.00 UTC - which shows the potential energy embedded within air masses. As you can see, the purple area, is located over Genoa and Turin into Northern Italy, showing extreme high levels of CAPE up to 2500 J/kg - which, when it coincidences in an unstable weather environment (forced/rapidly rising air), is a recipe for extreme weather ! That condition more then fulfilled over Northern Italy on 8 July 2021.

This map shows the surface temperatures in °C - where you can see that the temperature differences between France (15-21°C) and Northern Italy (35°C), where very large.

When i see dew point temperatures going up to 20°C or even higher - that is almost always a direct messenger for intense thunderstorm development.

At local level, when you observe the sky, there are some type of clouds which can give you a hunch of what to come in terms of thunderstorm development: There is one cloud type, called Altocumulus Castellanus, which is a middle high, puffy cloud but with special characteristic; many little towers growing on it, often appearing in longer rows.

The other is Altocumulus floccus - middle high, puffy "unstable" looking clouds, kind of "tropical" look, with eager vertical growth. (Not to mix up with bigger clouds). Sometimes you can see the same "floccus" clouds around sunrise, but those are often innocent; they simply dissipate after the sun dries out the morning moisture - and usually don't point at thunderstorm development.

Then there are these clouds which on their lower side look like "creamy 'Jupiter' clouds" (Stratocumulus undulatus or even the more strange looking asperitas version), a puffy-creamy low level cloud, which has an interesting, at times even really ominous look and feel - like the calm before the storm. Then it's pretty close to weather action.

Mammatus clouds, breast like shaped formations from a cloud "hanging" or growing downwards, are often sign of imminent strong rain or even hail. They are most common below the anvil of a Thunderstorm cloud.

For me, that was an interesting little report. Thanks for sharing 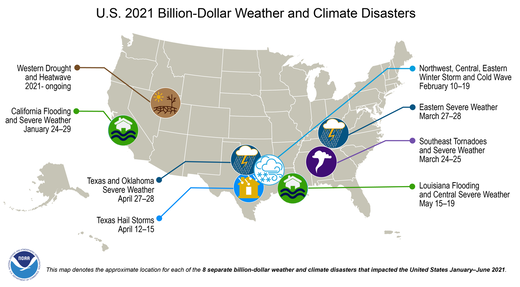 FOTCM Member
Weather: how to explain the bad weather that has not left us for weeks?
By Alexandra Tauziac - a.tauziac@sudouest.fr Posted on 07/12/2021 at 5:10 p.m.
The North Atlantic is divided between two semi-permanent atmospheric systems which oppose each other as much as they complement each other. They are the ones who make it rain and shine

Since the beginning of the summer weather, the 1 st of June, the convective rainfall disturbances are occurring at a rapid pace in France. After a month of June when the monthly accumulations most often reached one and a half to two and a half times the normal, especially in New Aquitaine, the beginning of July does not look much better.

Showers, thunderstorms, and even an exceptional storm for the season, Zyprian , during which gusts of winds reaching unprecedented levels for the month of July were recorded: for the moment summer is desired here. How to explain this almost permanent bad weather?

Generally speaking, the atmospheric pressure at sea level averages around 1013 hectopascals. But in reality, the North Atlantic is divided between two semi-permanent atmospheric systems which oppose each other as much as they complement each other.

In the North: a system of depressions (low pressures) located in the region of Iceland and synonymous with bad weather. A depression tends to suck in the ambient air masses, "like a balloon where one would have created a vacuum," explains Météo-France . The air rushes in and escapes upwards, cooling down as it rises. The water vapor it contains eventually condenses and forms clouds.

In contrast, to the south, is the Azores high pressure (Portugal), synonymous with hot and dry air and high pressures. It functions “like a full balloon that is deflated: air escapes from the sides. It is replaced by air coming from the upper layers of the atmosphere ”, which, as it descends, heats up and dries up, develops Météo-France.

But these two systems do not stay in the same place all year round. In this case, the Azores high pressure moves according to the seasons between Bermuda, across the Atlantic, and the Azores therefore, on our side of the ocean. In general, in summer, it is even supposed to get closer to the Bay of Biscay and protect us from bad weather.

However, for several weeks, it has been too far from us, too low and withdrawn in the Atlantic, leaving France under "the influence of very active hollow depressions bringing oceanic air". Clearly, bad weather and cool temperatures, while the Maghreb and Spain suffocated all weekend under its hot air, blocked in place.

Why ? Hard to say. The atmospheric system remains relatively capricious and misunderstood. But a context like this is not new. “It's not our rotten first summer,” realistically sums up François Gourand, forecasting engineer at Météo-France.

However, this “rotten summer” should soon give way to summer itself, since the Azores High will finally approach us. On Wednesday July 14, the bad weather should decrease in intensity before a rise in temperatures and wider clearings on Thursday. And on Friday, summer should finally set in .


https://twitter.com/i/web/status/1414770126986022920
Tremendous #tormenta and hailstorm the one that hit last Friday (July 9) the city of #Jinan#Shandong#China They report that the day suddenly darkened with strong lightning, strong wind and #granizo. Via
@dajiyuan

c.a. said:
Why ? Hard to say. The atmospheric system remains relatively capricious and misunderstood. But a context like this is not new. “It's not our rotten first summer,” realistically sums up François Gourand, forecasting engineer at Météo-France.

However, this “rotten summer” should soon give way to summer itself, since the Azores High will finally approach us. On Wednesday July 14, the bad weather should decrease in intensity before a rise in temperatures and wider clearings on Thursday. And on Friday, summer should finally set in .
Click to expand...

It's not his "rotten first summer," perhaps, but it is the first summer like this we have experienced in the two decades some of us have been here. Yesterday and today the daytime high in our corner of southwestern France was 17C, with periodic downpours! It's mid-July!!!

Niall said:
It's not his "rotten first summer," perhaps, but it is the first summer like this we have experienced in the two decades some of us have been here. Yesterday and today the daytime high in our corner of southwestern France was 17C, with periodic downpours! It's mid-July!!!
Click to expand...

And that is probably the reason why in Scandinavia - we have this really warm, long lasting summer this far - with temperatures often close to 30°C and along the southern coasts with tropical nights (minimum not below 20°C) I have been wearing short sleeve shirt at the subway at night for so many weeks (1.5 months now), not even once I have worn a jacket - and we are only half way into summer.

The constant inflow of cool air together with cyclones moving into France and stalling there - creating bad weather (low clouds, rains, chilly) also injecting Thunderstorms to erupt eastwards over Central Europe (where cold and warm air clash) - while up here in the North we've got humid, warm air is flowing in - sometimes from the east - which is partially supported by a high pressure area over Russia. It's been like this for many weeks.

Without the blockage of high pressure over Scandinavia/West Russia - the whole weather pattern over Europe would be quite different (more traditional / typical, I mean)

By the way - the "Milano Hail Event" from 8 July I wrote about, kind of repeated today over Northern Italy and Switzerland and Austria in a similar fashion - even the satellite shows similar characteristics. My husbands best friend, her daughter, send a picture from their home in Turin, Northern Italy a couple hours ago - showing plenty of hail in the street.

I suspect that there must have been plenty of other hail events; like over Switzerland, and near Bologna and Venice (Italy), because the large thunderstorm clusters there, really looked ominous at times. Also over Germany (Thuringa) mega thunderstorms exploded early afternoon.

Actually the T-storm clusters over the wider Turin area seem to got "stuck" (or revived) for many hours (and are still going on), which I believe has something to do with the circulation of the depression over France closing in. The Western Alps being something of a barrier, creating a surge; an increased southerly inflow of humid air from the Gulf of Genoa - maintaining fuel to the region of Turin. Once again, plenty of dynamics getting together there (including Switzerland).

German news agency DPA reported that on the night of Tuesday to Wednesday, a man while trying to protect his

In the Netherlands, summer storms are pummeling the South-East part of the country, notably Limburg province:

More heavy rain on the way after flooding hits homes and roads in Limburg - DutchNews.nl
Limburg bracing for more rain in two days than in all of July on average
Code Orange warning for downpours in Limburg
Code red warning issued for heavily flooded Limburg; Residents told to avoid calling 112 At least 42 people have died in Germany and dozens were missing on Thursday as swollen rivers caused by record rainfall across western Europe swept through towns and villages, leaving cars upended, houses destroyed and people stranded on rooftops.

Six dead, 30 missing in Germany as houses collapse in floods​

Also videos here taken from above: 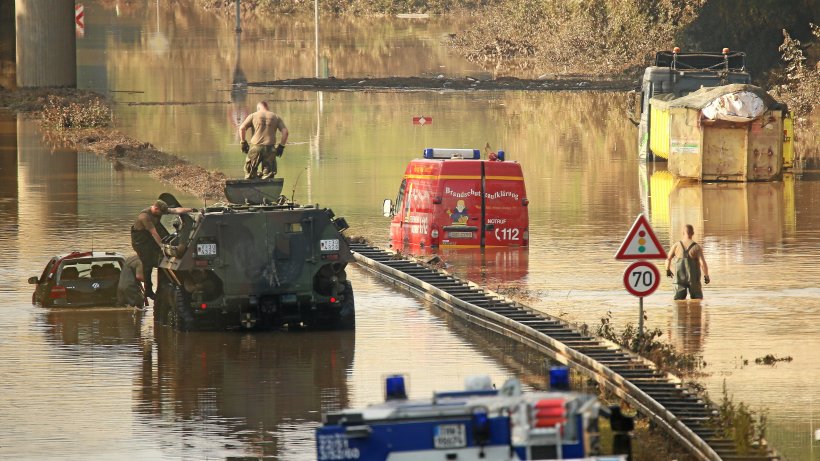 FOTCM Member
From Sky News on the flooding in Germany:

"We see this kind of situation only in winter ordinarily," Bernd Mehlig, an environment official from North Rhine-Westphalia, the most affected region, told broadcaster WDR.

FOTCM Member
In Belgium, 2 meters of water in the streets