Zzartemis said:
I posted this strange article, on a different board, this morning. It's dated June 28, 2022:
Click to expand...

100% satire - giving the Babylon Bee a run for the money! Read the comments for mixed feelings about the 'humor' of the article.

Moderator
FOTCM Member
Latest is that the monument has been demolished.

Breton said:
Interesting this "show" going on in the world!

I happened to see this YouTube video by reallygraceful - I found it a not bad little update and also she included a short intro to the guidestones history.

As I wrote earlier, It is interesting to watch the show.

People will do what they do during these end of days for this corrupt system.

Many people will react with anger and blindly lash out mechanically. It is understandable and expected.

I find that I cannot applaud them nor cheer such people on but instead I only take a more popcorn as I watch these people carry on doing what they think they have to do.

I was thinking that it would be much better to leave such monuments as this standing as a testament of the thinking of people who are mired In their sick need of STS based control of people and of nature and also that some of them would go to such effort and expense to communicate their existence by making such engraved stones as these.

It was kind of nice in a way to be able to point to the Georgia guidestones and say look! these people really exist and this is what they think, and this is how powerful a belief it is for them and if they have the wealth and drive for this they probably are not without effect and influence.
Further: This is what we're up against and this is why normal people need to be constantly aware and and communicate the opposing ideals of light and of free will and service to others.

That is not practical suggestion, on my part, but more of a mental exercise.

A Jay said:
Thankfully, this article on SOTT has some tweets with videos that are worth sharing here. The first is camera footage of the explosion at 4:03 AM. It seems to be from a different camera than I remember seeing and it's possible that whoever planted their bomb did so in a way that allowed them to avoid being seen by this camera. It's also possible that the part of the video with the perpetrator was deliberately cut out. If the other camera is still up and running I wonder if it has a better view/angle on whoever placed the explosive.

The playing field is leveling...😉

Ursus Minor said:
No, it was definitely July 6...

Whoops. I forgot American dates are the other way around...
and my brain appears to have forgotten it is July.

XPan said:
Supposedly the whole thing has been demolished now, because it was considered to be a public safety hazard.

I mean, it was in essence a cynical symbol, a hazard for humanity, by glorifying sick ideas by sick people working behind the curtains.
Click to expand...

Me I think this monument was exploded by the culprit themselves, to erase something so clear and to erase what they want to do.

loreta said:
Me I think this monument was exploded by the culprit themselves, to erase something so clear and to erase what they want to do.
Click to expand...

Well, I'm fairly sure the words on the thing are recorded in many places and we have photos and videos.

FOTCM Member
Ben at Suspicious0bservers thinks it could have been a lightening strike:

Good old 'hello mate' Hugo Talks (now who is he? after 2 years of never ending slick videos, I'm still none the wiser!) does a fun follow up overview highlighting:

- rather fast weren't they to demolish a crime scene?
- suspicions abounding that it was a lightening strike from God (good old Zeus is back in action! )

- they have film of the very smart get away car but apparently none of any suspects placing charges...?
- that the timeline of the explosion includes - yes you guessed it - 333
- white nationalist far right being set up to take the blame (I think that's called projection considering the stone's message!)

and its only early July...


Looks like being a long hot roller coaster summer of madness up until things really go pop in the autumn... popcorn anyone?

FOTCM Member
HERE is another interesting analysis of what the author calls "an act of God". Nicholas said:
Ben at Suspicious0bservers thinks it could have been a lightening strike:
Click to expand...

Puma said:
HERE is another interesting analysis of what the author calls "an act of God".
Click to expand...

Did 'God' smite the Georgia Guidestones? What a lovely thought! 😁

FOTCM Member
What if this destruction was a kick-off? After all, these people are crazy enough to have chaos as their only leitmotiv 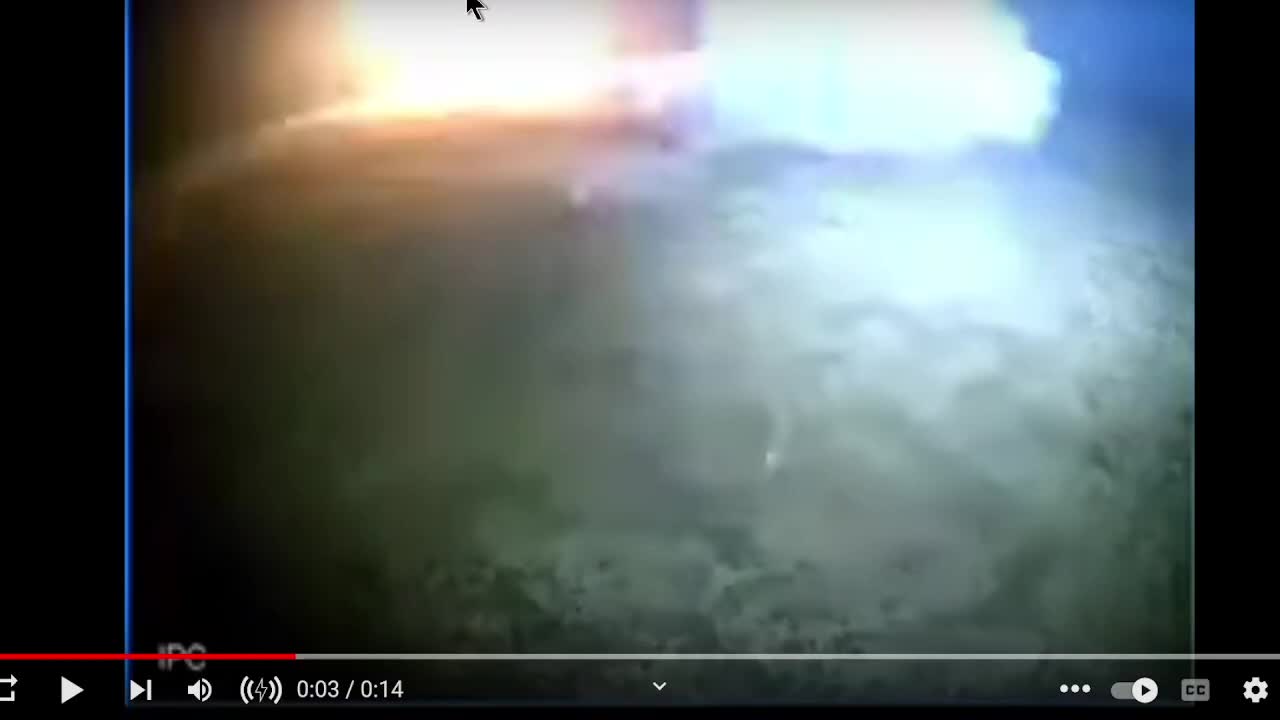