FOTCM Member
I just stumbled upon this on TikTok. I have no way of verifying if the info is true though. So I’ll post in this section.

(Gaby) In a prior session, they were saying it was not mostly the US experiments that were a threat to humanity, but instead a space virus. So, if that's the case, in theory if there's a 4th density STS virus coming up, will it be a DNA or an RNA virus?

Q: (Gaby) And what kind of disease will it produce?

A: Most likely to be similar to primitive smallpox.
Click to expand...

There's a monkeypox outbreak in the United Kingdom, Portugal, Spain and other European countries. The outbreak is small — so far 68 suspected cases, including eight in England and 20 in Portugal. Cases in Canada and a case in the U.S. have also been reported.

But health officials have little clue where people caught the monkeypox virus. And there's concern the virus may be spreading through the community — undetected — and possibly through a new route of transmission.

"This [outbreak] is rare and unusual," epidemiologist Susan Hopkins, who's the chief medical adviser of the U.K. Health Security Agency (UKHSA), said in a statement on Monday.

"Exactly where and how they [the people] acquired their infections remains under urgent investigation," the agency said in the statement.

Monkeypox can be a nasty illness; it causes fever, body aches, enlarged lymph nodes and eventually "pox," or painful, fluid-filled blisters on the face, hands and feet. One version of monkeypox is quite deadly and kills up to 10% of people infected. The version currently in England is milder. Its fatality rate is less than 1%. A case generally resolves in two to four weeks.

Ambassador
FOTCM Member
Yes, I have noticed this as well, this and the Hep B cases in children and teens all over the world now.

There have been 7 cases in the UK and now cases have been identified in France and Italy... and no reason is given and not a lot of freak out has taken place, so far that is, as I suppose it could potentially be used to lock everyone down again.

It almost seems like they threw the dart at the fear flavor of the month wheel and landed on this. Time will tell if it amounts to anything, but like its predecessors, it reeks of a fear campaign. I suspect the real deal won't be so publicized.

Alejo said:
Yes, I have noticed this as well, this and the Hep B cases in children and teens all over the world now.

There have been 7 cases in the UK and now cases have been identified in France and Italy... and no reason is given and not a lot of freak out has taken place, so far that is, as I suppose it could potentially be used to lock everyone down again.
Click to expand...

At the moment neither of the two diseases seem to be so lethal, so we will have to see if they mutate or something else happens... in any case there is also a possible prediction not necessarily linked to the real pandemic that at the end of the matter of covid would appear another disease and that would be made known as the same virus, it may be again one of these two diseases to which the Cs referred and that due to quantum variations they have not called it for the moment as covid or that they refer to something else yet to come.

In South Africa, anyone that will use the word monkeypox will be considered a promoter of hate speech. It might sound funny but people had been sentenced by court for using the word monkey.

It doesn't seem too contagious at the moment.

Human-to-human transmission can result from close contact with respiratory secretions, skin lesions of an infected person or recently contaminated objects. Transmission via droplet respiratory particles usually requires prolonged face-to-face contact, which puts health workers, household members and other close contacts of active cases at greater risk. However, the longest documented chain of transmission in a community has risen in recent years from six to nine successive person-to-person infections. This may reflect declining immunity in all communities due to cessation of smallpox vaccination. Transmission can also occur via the placenta from mother to fetus (which can lead to congenital monkeypox) or during close contact during and after birth. While close physical contact is a well-known risk factor for transmission, it is unclear at this time if monkeypox can be transmitted specifically through sexual transmission routes. Studies are needed to better understand this risk.
Click to expand...

I'm no virologist, but what if someone who had covid at the same time as monkeypox and recombinant emerged ?

The two positive cases in Quebec are the first confirmed cases in Canada, as other countries around the world have identified other confirmed and suspected cases of the rare disease in recent weeks.
Click to expand... 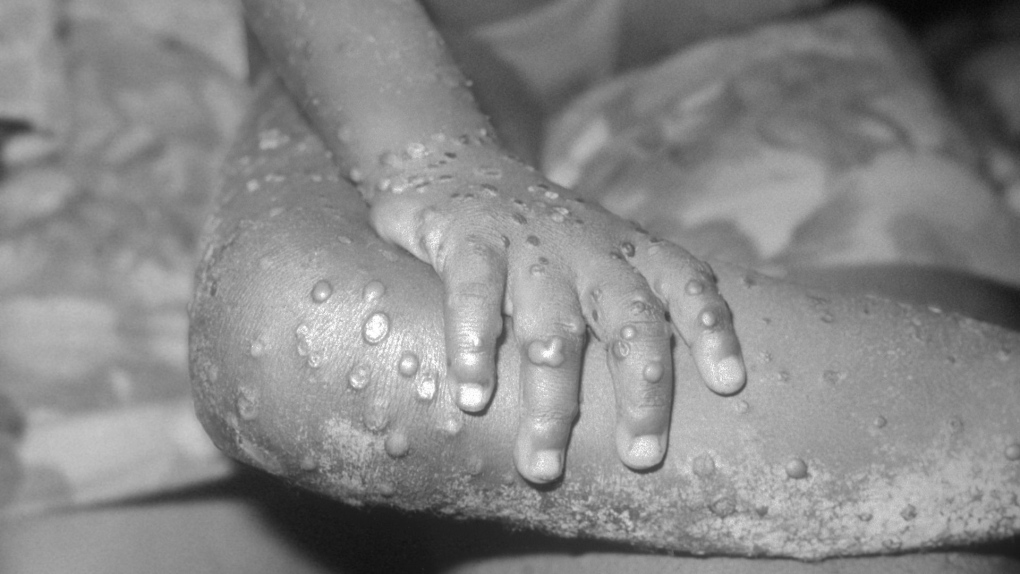 Quebec's health ministry announced Thursday evening there are two confirmed cases of monkeypox in the province, while 20 other suspected cases are still under investigation.

FOTCM Member
'The US is preparing for a new pandemic?'


US buys millions of vaccine doses for new virus​

The US health authorities have signed a deal for $119 million in vaccine doses against the monkeypox virus, after a Massachusetts man was diagnosed with the rare but potentially serious illness earlier this week.

The Biomedical Advanced Research and Development Authority (BARDA) – a government agency devoted to combating pandemics and bioterrorism – signed the multi-million-dollar contract with Danish pharma firm Bavarian Nordic on Wednesday, the company announced in a statement.

The $119 million deal is one in a series of contract options which could ultimately reach a total value of $299 million if exercised, in exchange for around 13 million freeze-dried doses of the Jynneos vaccine. It was originally created for smallpox, but was approved for use against monkeypox by the Food and Drug Administration (FDA) in 2019, just months before the first cases of Covid-19 were detected in China.

Initial deliveries for the Jynneos shot won’t come until 2023, the company said, noting that the full 13 million doses are expected to be ready sometime between 2024 and 2025 should BARDA agree to extend the contract.

The first monkeypox case in the US was confirmed on Wednesday in a man who had recently traveled to Canada. Federal health officials have since said they are monitoring six others after they came into close proximity to an infected traveler during a flight from Nigeria to the UK earlier this month, while another possible case is being investigated by the New York City Health Department.

A number of suspected or confirmed infections have also been observed in Britain, Canada, Spain, Portugal, Italy, and Sweden in recent weeks. Australia has just detected its first case.

On Thursday, Bavarian Nordic announced that it had also reached a deal with an “undisclosed European country” for the same dual-use smallpox vaccine – though offered under different branding – “in response to new cases of monkeypox.” The company did not elaborate on how many doses would be procured or provide an overall price tag for the contract.

In addition to vaccines, the US government also moved to buy up doses of tecovirimat, the standard antiviral treatment for monkeypox, with the Department of Defense signing a $7.5 million contract for the drug with American pharmaceutical firm SIGA Technologies last week.

An intravenous form of the same antiviral received FDA approval for treatment of smallpox on Thursday, though SIGA said the IV version was also “cited in the recent US president’s budget request as being used to treat a patient in the US with monkeypox.”

While rare, monkeypox has been detected in the US before, with a Texas resident becoming hospitalized from the virus last summer after traveling to West Africa, where the pathogen is endemic. In 2003, more than 70 cases were confirmed in the US, marking the first outbreak seen outside of Africa, according to the World Health Organization.

Initial symptoms include fever, head and muscle aches, swollen lymph nodes, chills, and exhaustion, and though most infections resolve without serious illness, the virus is lethal in a small percentage of cases.
Click to expand...

sToRmR1dR said:
'The US is preparing for a new pandemic?'
Click to expand...

They are preparing for quite some time now.... 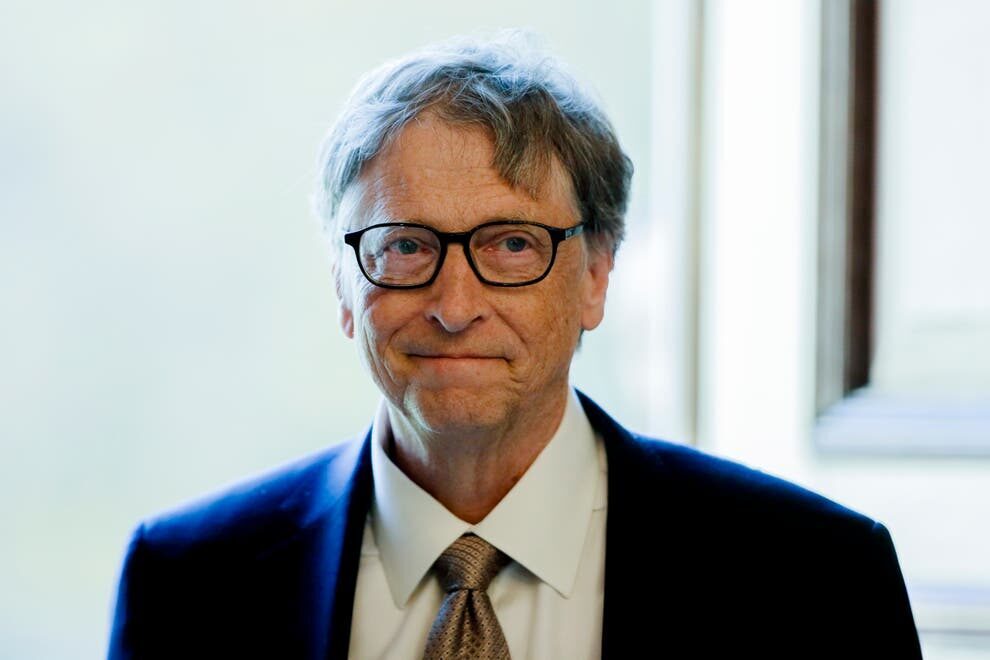 Bill Gates renews warnings over 'small pox terror' threat, FDA approved drug in May for disease that was 'eradicated' in 1980 -- Sott.net

Bill Gates has warned governments to prepare for smallpox terror attacks and future pandemics by investing billions into research and development. Mr Gates made the comments in a Policy Exchange interview with the chair of the health select...

FOTCM Member
I've noticed this as well. And we know by now that an infectious disease doesn't need to be even close to lethal for it to be used as a propaganda tool.

Talking about 'poxes', we all (entire family) had them when during childhood, and are also vaccinated. I believe that is the case with the majority of adult population.
Bill Gates and WHO are checking again the level of stupidity of the governments and of the stress in people, and the efficiency of the media outlets.
I wished I could take BG and the W.H.O and media people and lock them up for a month with really sick people in a leprosy center/colony in Guinea, see how good their methods are.

FOTCM Member
I found this document from November 2021 from which I have extracted the outline for clarity on the flow of the exercise. It is still striking to see the date of May 15, 2022 as the beginning of this "new pandemic". Could they still blame the Russians for biological attacks? my 2 cts

Developed in consultation with technical and policy experts, the exercise scenario portrayed a deadly, global pandemic involving an unusual strain of monkeypox virus that first emerges in the fictional country of Brinia and eventually spreads globally. Later in the exercise, the scenario reveals that the initial outbreak was caused by a terrorist attack using a pathogen engineered in a laboratory with inadequate biosafety and biosecurity provisions and weak oversight. The exercise scenario concludes with more than three billion cases and 270 million fatalities globally. As part of the scenario development process, NTI conducted a virtual consultation with experts in December 2020.
Click to expand...

Fallen_735 said:
One version of monkeypox is quite deadly and kills up to 10% of people infected. The version currently in England is milder. Its fatality rate is less than 1%. A case generally resolves in two to four weeks.
Click to expand...

10% isn't small, but they never specify the level of care received by those who died.
Also requires fluid exchange to catch it.

The scary part comes when they start vaxxing everyone against it (at least 3 times), and then it mutates...

But that still wouldn't count as a "space virus".

Ambassador
FOTCM Member
I think this thread should be moved to a different section and not be in Baked Noodles. Perhaps in the health section. It would be good to collect all articles on the topic of monkeypox and smallpox in this thread, I think, as was done in the Corona thread. This could be the start of another humongous thread.
You must log in or register to reply here.
Share:
Facebook Twitter Reddit Pinterest Tumblr WhatsApp Email Share Link
Top Bottom