angelburst29 said:
Investigators probing the crash of an Ethiopian Airlines Boeing 737 MAX jet eight days ago have found strong similarities in the 'angle of attack' data recorded by the doomed aircraft's cockpit recorder and data from a Lion Air jet of the same model that crashed in October, a person familiar with the matter said. 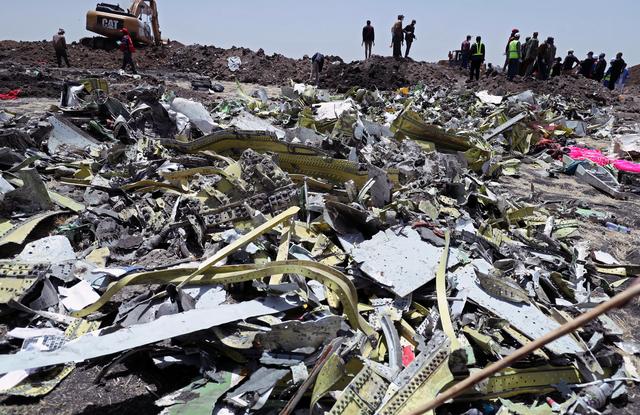 FILE PHOTO -Wreckage is seen at the site of the Ethiopian Airlines Flight ET 302 plane crash, near the town of Bishoftu, southeast of Addis Ababa, Ethiopia March 11, 2019. REUTERS/Tiksa Negeri

The identification of human remains from the crash of Ethiopian Airlines Flight 302 is complete, the head of Ethiopia’s police said late on Monday, six months after the plane nosedived into farmland outside the capital Addis Ababa.

The investigation was “very challenging”, said Endeshaw Tassew, commissioner general of the Ethiopian Federal Police, in a statement broadcast on state television.

The Boeing 737-MAX slammed into the ground with such force that only fragments of those who died could be recovered.

Families heard the news that identification had been completed through the media. "Families were devastated because of this.

Almost all the old people, they took it very seriously. They are still in shock,” said Bayihe Demissie, who works with a committee formed by the families of Ethiopian victims.

“It took them back to all that pain. They (the airline) should have told us before they did anything. There should be a mechanism to discuss with families. All we need is for them to be gentle with us.”

Collecting and identifying the remains has been a fraught process. Families of those who perished complained of a lack of information about recovery efforts during which Ethiopian workers used metal aircraft parts to dig in the soil.

After initial sampling of the remains was done in Ethiopia, they were transferred to a laboratory run by UK-based Cellmark Forensic Services, which was contracted by the government, Endeshaw said.

Experts from another UK-based company, Blake Emergency Services, and from Interpol and the Ethiopian police were involved in preparing DNA samples and fingerprints.

Relatives of the crash victims found bones at the site as recently as July, Reuters reported last week.


Many relatives are pressing for the farmland where the plane crashed, about 60km (37 miles) east of the capital, to be turned into a permanent memorial. 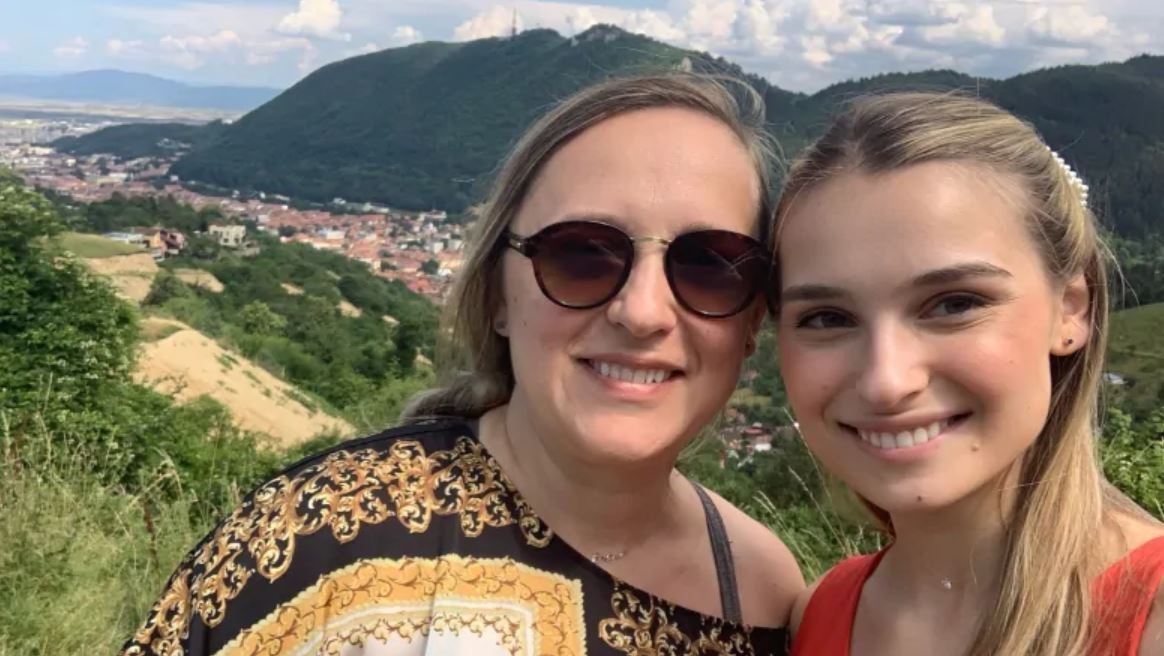 Ana Constantin, a 45-year old financial officer, and her daughter Paun, a 22-year-old university student, boarded an Air Canada flight at the Henri Coandă Airport in Bucharest after visiting family in Romania. They said the flight’s departure was delayed because some passengers had to be...

Passengers evacuate Cayman Airways flight KX792 after it makes emergency landing in Orlando due to smoke on board (Video: GusFlrsFrgs).
Click to expand... No serious injuries after Sunwing landing gear malfunction in Toronto

There were no serious injuries despite a lot of anxious moments after a Sunwing airliner suffered a malfunction while landing at Toronto's Pearson Airport. 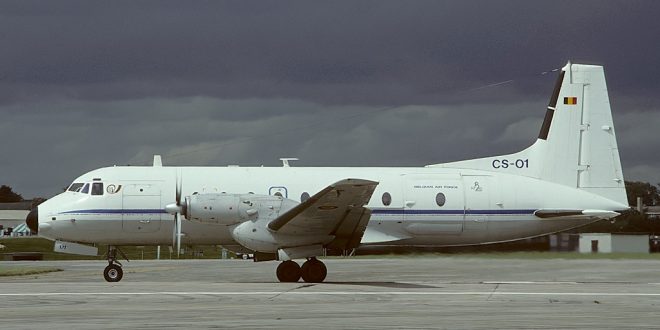 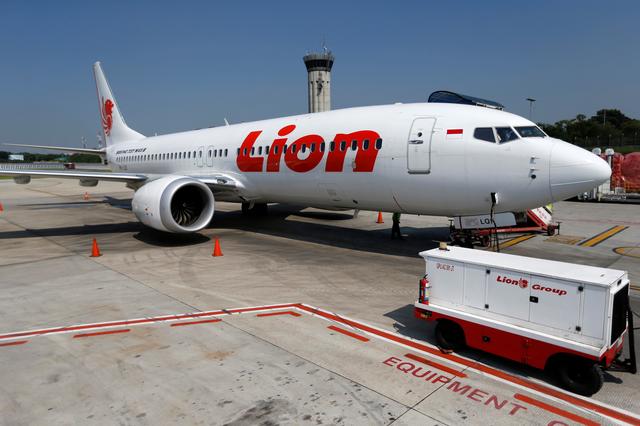 The final report on the crash of a Lion Air Boeing 737 MAX jet that killed 189 people last year will be published in the first half of November, Indonesia's civil aviation authority said on Wednesday. 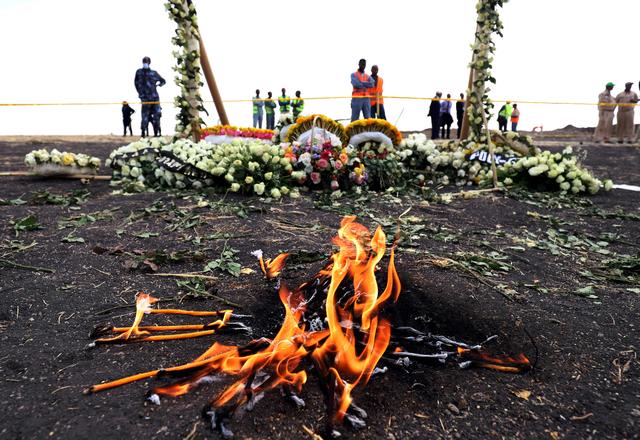 A lawyer for victims of Ethiopian Airlines Flight 302 said on Tuesday he wants Boeing Co and the U.S. Federal Aviation Administration to hand over documents about the decision to keep the Boeing 737 MAX in the air after a deadly Lion Air crash last October.


Spanish air force training plane crashes into sea, killing two
A light Spanish military aircraft crashed into the sea off the southeastern coast on Wednesday, killing the pilot and a trainee, the air force said.

The Pillan turboprop training plane came down near La Manga only weeks after an air force jet crashed in the same area on Aug. 26, killing the pilot, who was a flying instructor.

An air force spokesman said the incident took place during the take-off maneuver.

Thick, black smoke rose from the airport as emergency crews responded to the crash of the B-17 bomber at Bradley International Airport in Windsor Locks, Connecticut, just north of Hartford. It wasn’t clear how many people were on board.

Six people on board were taken to Hartford Hospital, said hospital spokesman Shawn Mawhiney. He did not yet have information on their condition.

The B-17 had been trying to land when it crashed around 10 a.m., the Federal Aviation Administration said on Twitter. It was civilian-registered and not flown by the military, the FAA said.

The New England Air Museum is near the airport. The plane was associated with the Collings Foundation, an educational group that brought its “Wings of Freedom” vintage aircraft display to Bradley International this week, airport officials said.

Flights in and out of Bradley International were suspended after the crash, and the airport was closed.

Antonio Arreguin said he had parked at a construction site near the airport for breakfast when he heard an explosion. He said he did not see the plane but could feel the heat from the fire, which was about 250 yards away.

“In front of me, I see this big ball of orange fire, and I knew something happened,” he said. “The ball of fire was very big.”

smaller explosion followed about a minute after the first blast, he said. He saw emergency crews scrambling within seconds. The fire and smoke were out within about an hour. FOTCM Member
At least 5 were killed when a Ukrainian Antonov An-12 cargo plane made an emergency landing near the Lvov airport.

5 dead as Turkey-bound cargo plane crash-lands in western Ukraine after ‘running out of fuel’
4 Oct, 2019

A Ukrainian four-engine plane ferrying cargo from Spain to Turkey made a hard emergency landing outside Lvov airport after it ran out of fuel, local authorities said. At least five people died in the accident.

Flown by a local airline, the Antonov An-12 went off radar on Friday morning as it descended into Lvov, a major city in western Ukraine. The turboprop plane, manned by seven crew members and one person accompanying the cargo, was flying from Spain to Turkey with a refuel stop at Lvov airport.

Rescue services scrambled to search for the plane shortly after air traffic control lost radio contact with the crew, according to Vladyslav Krykliy, Ukraine’s minister of infrastructure.

The An-12 was found on the ground just 1.5km from the runway, with its cockpit and wings badly damaged in the rough landing. Rescue workers retrieved everyone from inside the ill-fated plane, but five succumbed to their injuries, accordingto the Emergencies Ministry.

sToRmR1dR said:
At least 5 were killed when a Ukrainian Antonov An-12 cargo plane made an emergency landing near the Lvov airport.

5 dead as Turkey-bound cargo plane crash-lands in western Ukraine after ‘running out of fuel’
4 Oct, 2019
Click to expand...

Most all of the damage is in the front of the plane. They must have died on impact? Sad. 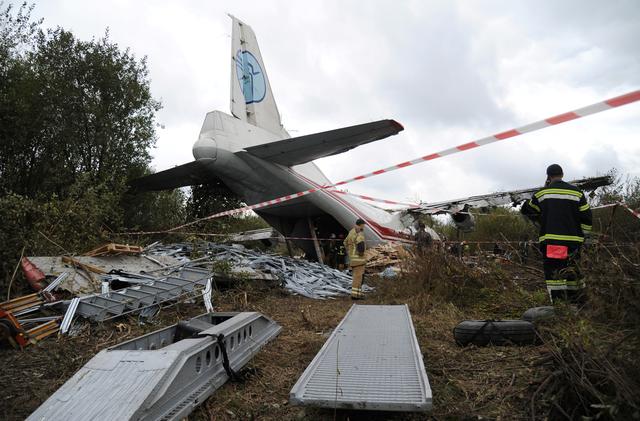 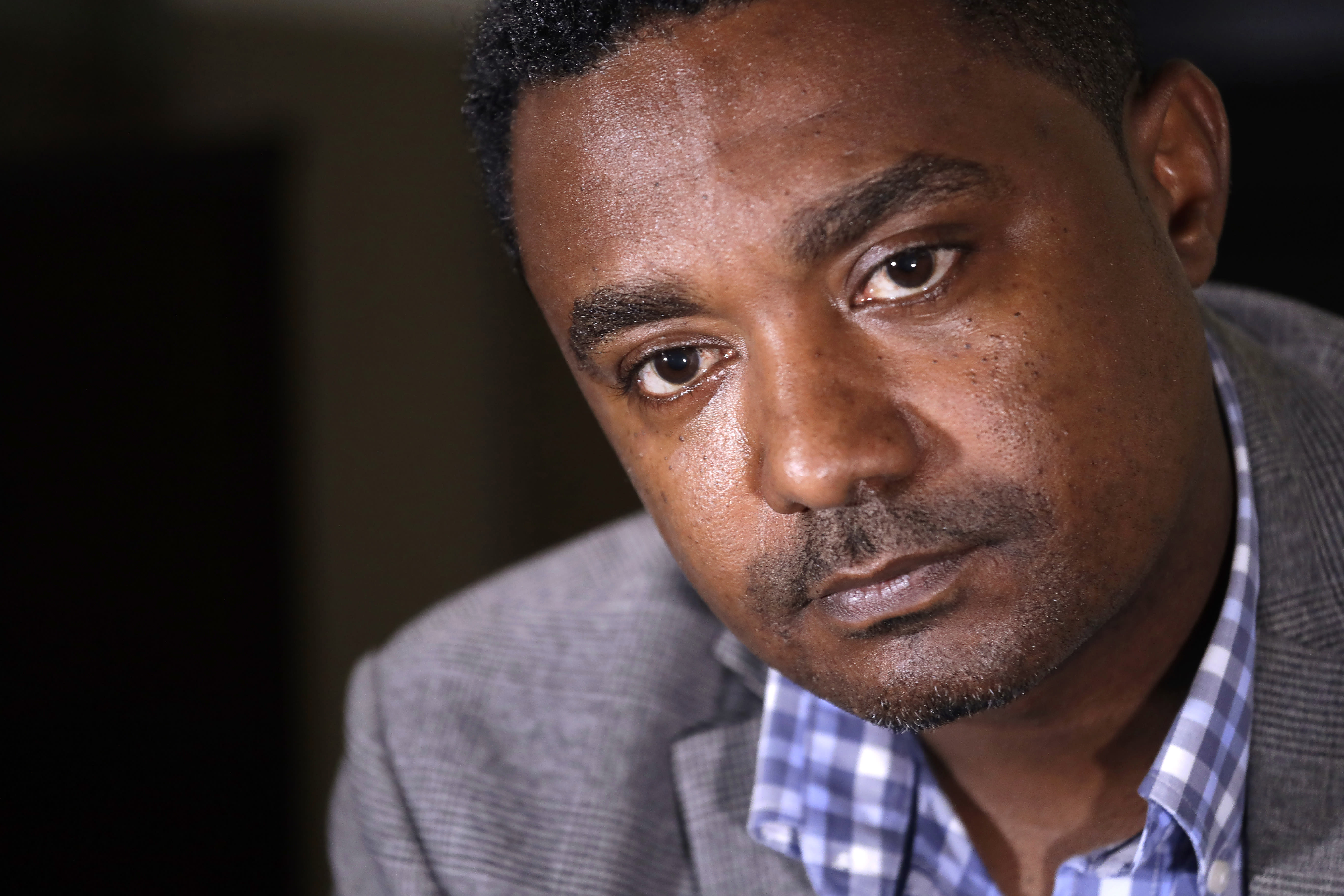 Ethiopian Airlines' former chief engineer says in a whistleblower complaint filed with regulators that the carrier went into the maintenance records on a Boeing 737 Max jet a day after it crashed this year, a breach he contends was part of a pattern of corruption that included fabricating documents 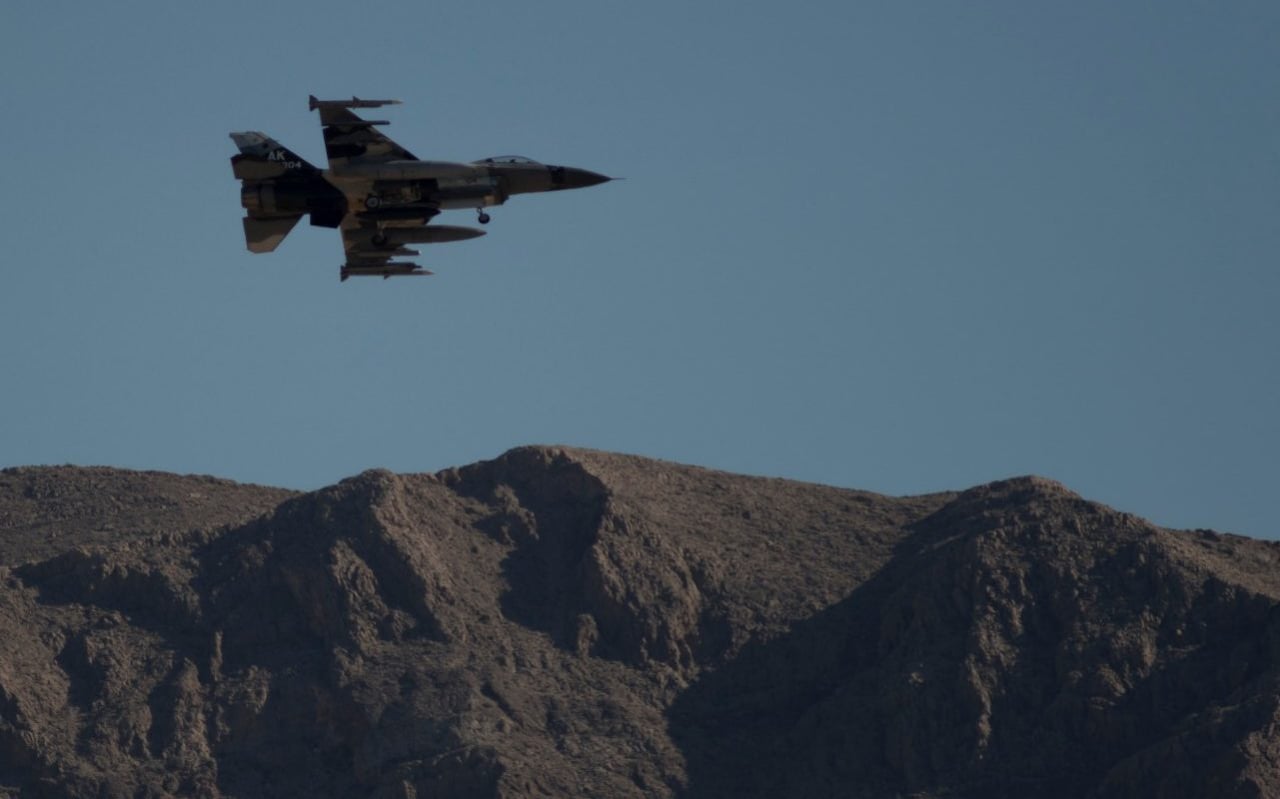 An American F-16 fighter jet crashed Tuesday near the city of Trier in western Germany, the German air force told AFP, with the pilot surviving after using the ejector seat. 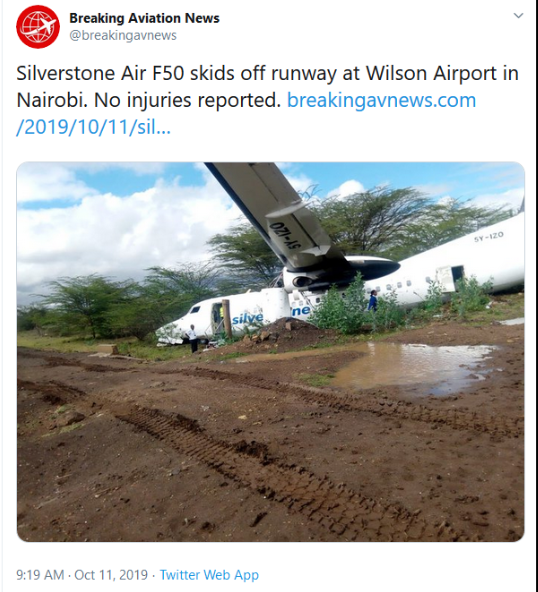