Sol (Sun) and its phenomena

As many as 40 Starlink satellites from Thursday's SpaceX launch are set to smash back into Earth's atmosphere and disintegrate in the atmosphere, according to a SpaceX update on Tuesday.

Last week, SpaceX sent 49 Starlink satellites up on a Falcon 9 from Kennedy Space Center in what is becoming a rather routine operation for Elon Musk's spaceflight company.

But after launch on Thursday, a geomagnetic storm slammed into Earth's atmosphere. Geomagnetic storms are caused by the sun spewing out solar wind particles that eventually crash into Earth. The particles mess with the planet's magnetic field and disrupt satellites, increasing drag and messing with their orbits.

That's exactly what happened to potentially 40 Starlink satellites just after they were deployed into their intended orbit, SpaceX has said. 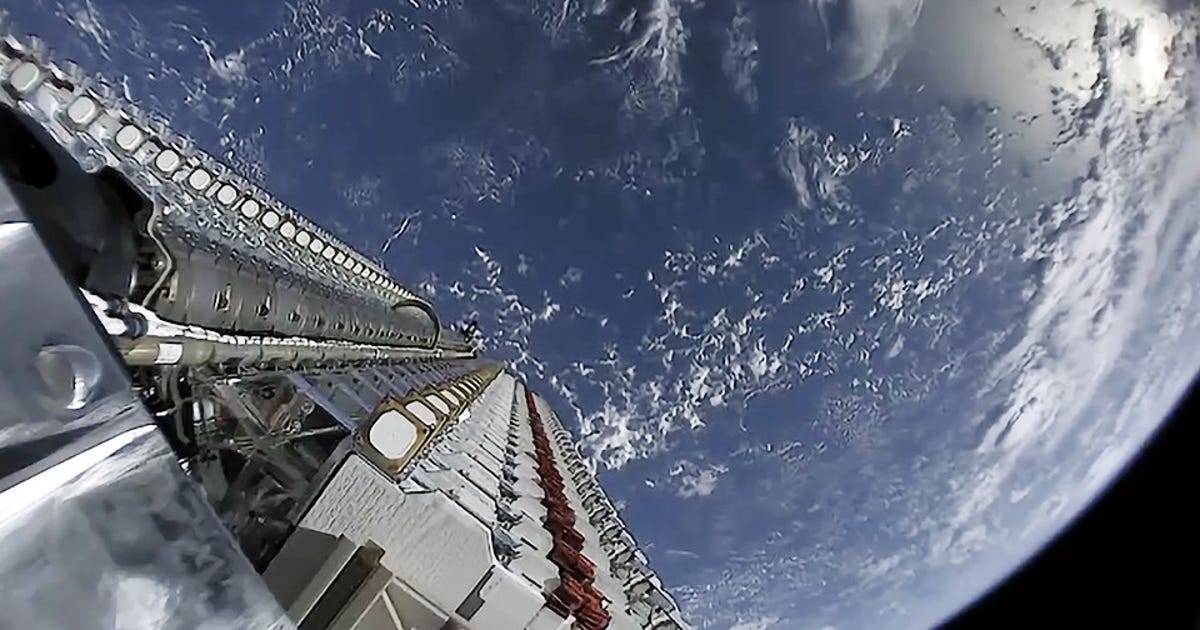 As many as 40 satellites from a recent launch will disintegrate as they reenter Earth's atmosphere.

FOTCM Member
This last article about the SpaceX doomed satellites, reminded me of this session from 2020


Laura said:
Q: (L) Well, I was just reading that the Earth's magnetic shield has dropped even lower, and it's causing problems with satellites. Is that going to be a big issue in the days to come?

Q: (L) So in other words, the powers that be that are running the show aren't really as smart as they think they are...

Q: (L) They never counted on their satellites getting fried.

(Pierre) And other electronic equipment through which they monitor, control, and influence populations. It's a failing of the electronic control system.

A: Level playing field eventually. Just wait for the current to begin to flow!

Q: (L) So in other words, we're all going to get electrocuted!

(Pierre) That might be due to the fact that the magnetosphere protects the planet from most high-energy cosmic rays and other radiations. If you have no magnetic shield, the planet is open to any such radiation.

(Joe) Does that refer back to astronomical phenomena and the close passage of a large body that will cause the current to flow?

A: Close! Think of the grooves on Malta
Click to expand...

The other evening - watching the Olympics - the broadcast cut out, so after several minutes, I changed to other channels, and they were out as well. Not all channels, but these were stations that never cut out. It lasted about an hour.

I watch this one station that cuts out almost on a daily basis during the early afternoon, so I assume it is because of satellite positioning. And this station has associated stations, as when one cuts out, others do too.

So, I wonder if the storm also affected other established satellites in a higher orbit too, because it was in the same time frame. We probably are in the fringe areas of satellite coverage and more prone to disruptions here in Alaska.

The local news station that was affected mentioned it, but only in regard to the newly launched satellites.