Persej said:
We are also in a period of solar minimum which could enhance the influence of cosmic rays, hopefully in a positive way.
Click to expand...

Well, we know random mutation basically leads to degradation and negative effects on DNA, so hopefully these cosmic events are of a benevolently intelligent nature.

Laura said:
This house we live in is massive and solid. The walls are 2 feet thick, or more in places; it's difficult, if not impossible to get a cell-phone signal inside without being by a window. The windows have all been replaced so they are very solid double paned. When it storms, it has to be pretty violent to even hear anything at all from outside. I never hear ordinary rain. In short, hearing things from outside is rare. However, there is a mirror in my bedroom mounted on a brass wall stand and quite a bit lately I've been noticing this mirror "shudder" in its holder. That is, it rattles. Now what the heck could be making this massive pile of brick and stone and plaster and giant beams freaking RATTLE??? Even if a person is running in the house, slamming doors, playing music loud, you can't hear it from one part of the house to another generally.

But the mirror has been rattling once or twice a day recently.
Click to expand...

Persej said:
Perhaps a new phenomena in our atmosphere?
Click to expand...

It is not clear from your description whether it's only the mirror rattling or the structure too. It just somehow reminds me the talk of meteors producing sound via propagating radiowaves of the same frequency as audible acoustic waves that make objects on the ground resonate and create those hearable sounds but this is rattling so who knows... 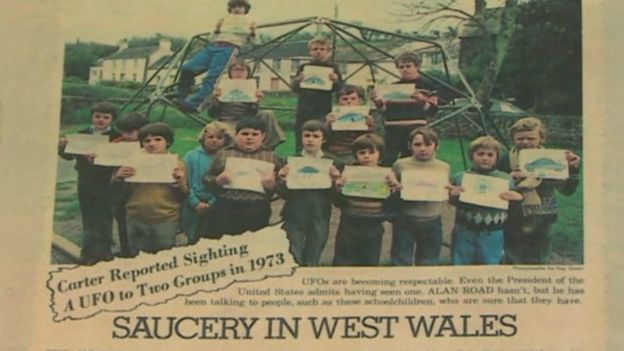 I read a book about the Berwyn Mountains incident I think it was in the 1980s.
I could have sworn it was written by Nick Redfern, but he was only ten years old at that time.

The gist of the story was that military intelligence were watching the obviously disabled craft descend for at least 24 hours and were able to predetermine its impact on the Berwyn Mountains. There was the story of a military unit being set in motion which arrived on the scene to handle the situation.

The lights described by the women should indeed have been the members of the military search party.

The object or what was left of it was said to be sent to the enigmatic Porton Down facility.

The book was "A Covert Agenda" by Nick Redfern, published in 1997.

It is now well known that a particular scenario promoted by Russ Kellett claiming that a UFO plus occupants was recovered by the UK Military is suspected of being a hoax masterminded by persons as yet unknown, but actively fed to Russ Kellett by John Williams (also known as JW) in a way that has led him to believe this was a real event.

New information is constantly emerging as this hoax is more deeply investigated. Here, I’d like to show how the UFO on Cader Berwyn was linked into this hoax scenario to create a disinformation thread presumably aimed at confusing research and investigation to divert such persons away from the real UFO which was discovered on Cader Berwyn in north east Wales on the night of January 23rd 1974 (...)
Click to expand...

That never happened anywhere and if it did, it would have been on Cader Bronwen, not Cader Berwyn.

Mrs Evans arrived just by 10 pm to see torch lights and UFO converging (Police and poachers), yet, the poachers were on a different mountain and had left the scene almost an hour before Pat Evans arrived at her location and discovered the UFO.
Roberts’ story started to collapse as he seemed totally ignorant of what lamping quarry with a lamp involves; it is a highly mobile activity with a heavy car battery (in those days), with a drain time of about an hour. Yet, the UFO was a static Object known to have been present for at least 90 minutes!!!


Going back to A Covert Agenda, Nick Redfern goes on to write:
‘Prior to the explosion on the Berwyn Mountains, the object had also been seen by a number of amateur astronomers based in both Cheshire and the Isle of Man’.
A meteor had been observed by many people on the Isle of Man, heading towards North Wales plus other atmospheric phenomena. This was also confirmed by Holyhead Coastguard who described it as green in colour. Multiple coastguard stations received calls from the Public about ‘green flares.
Such was reported in the Liverpool Daily Post on 24th of January 1974, the day after the event.

However just a day after that, the same newspaper published a story which included the following:
‘Police and coastguards now believe that many people especially in the Isle of Man actually saw an RAF photo-flash night bombing exercise’.
It is my understanding that the Institute of Geological Sciences gave this suggestion to the Authorities who were quick to accept that.

This was the earliest known reference to a ‘photo-flash’ exercise. This was years later to be used as ‘proof’ by Russ Kellett that a naval operation in the Irish Sea, hunting submerged UFOs, ultimately caused one to crash on Cader Berwyn.

Nick Redfern wisely points out:
‘The ‘meteor’ theory also fails to explain the ‘luminous sphere’ seen by Ken Haughton to descend into the sea near Rhyl’.
Ken Haughton from Betws y Coed in mid North Wales observed this object, some 90 mins after the earth tremor. The UFO was discovered as an aerial object at 8.40 pm by witness Mike Saville from his elevated home above Llandderfel. The author also mentions a Llandrillo witness whose story closely correlates with Mr Saville’s account. Roughly an hour and a half later, circa 10.20 pm, the UFO took off from Cader Berwyn, passed over Llangynog moving towards the English border.

There is an uncanny coincidence here that Mr Haughton saw what he did about the time the Cader Berwyn UFO departed.

Nick refers to Pat Evans who is accredited with first discovering the UFO at approximately 10 pm that night. He does however make a mistake in his text. He writes that she received a call from the Police at Colwyn Bay (Headquarters) ‘informing her of the possibility that an aircraft had crashed on Cader Bronwen’.
Click to expand...

FOTCM Member
A little slow on this thread, yet just finished this book also.

Irena brings to the pages some really interesting events and stays focused on the tricks of disinformation and how that can and is played out; which makes one think about the realities of what people perceive. Enjoyed the recap of Bigelow and Skinwalker (Sherman Ranch) and Rutledge and the seemingly - from afar, recognition of minds/thoughts and their devices as observers of the phenomenon at hand. Whatever it is, either that exists or cracks into this realm, seems to have people pegged - like John Keel's Disneyland of the Gods we are being toyed with.

One thing Irena mentions is that Sweden seems to house a depository of encounter information, and this brings up the possible vast accounts (unknown to me) of what observations and encounters have taken place in Russia and even China.

All around, it was very interesting read.