A father and his adult son, both from Calgary, have died as a result of Saturday's #avalanche near Mount Brewer, B.C.
Click to expand...

This is a bad spot, a dangerous mountain face of shale rock (snow does not adhere well to this face). It is not the first time either.

The young son was swept down into the lake whereby divers had to recover him.
A

FOTCM Member
Jan. 18, 2019 - In Kashmir, India, five people were killed when an avalanche hit the truck they were traveling in and five more are missing.
At least five people killed in Kashmir avalanche | Reuters


Jan. 17, 2019 - At Taos Ski Valley in New Mexico, a resort known for its steep runs, one skier died and another was in critical condition
after being caught in an avalanche.
Avalanche kills one skier, injures another in New Mexico | Reuters

The group was struck by an avalanche two days ago, 11 am on 6 May, but the two female survivors did not have the means to report the tragic accident.
The news only broke when the two young women met another group of mountain climbers who contacted local rescuers.
The climbers, some of them postgraduate students from the Novosibirsk State University - left a village of Kosh Agach on 1 May, aiming to spend two weeks in the wild.
The tourists were registered with the local Ministry of Emergencies as ‘Group 37’.
Eight rescuers are flying to the avalanche site now.
Click to expand...

FOTCM Member
https://twitter.com/i/web/status/1128545517091340288
offre Peak: a significant rock avalanche in Canada
On Monday morning (13th May 2019) at 07:41 am local time, a significant rock avalanche occurred at Joffre Peak in British Columbia in Canada. This has been well-reported in the local newspapers – for example, City News 1130 has a good report, including links to seismic data that recorded the event. Chris Christie posted this image of the source of the landslide and the initial part of the track:-

The source and initial track of the rock avalanche at Joffre Peak. Image by Chris Christie, South Coast Touring Facebook Group via Reddit

Dr Drew Brayshaw has undertaken an initial analysis of the landslide, and tweeted that the failure area was about 25,000 – 30,000 m², based on a failure geometry of a block approximately 200 m high and 150 m wide. The runout distance was about 4.2 km. The location is 50.343, -122.446 if you want to take a look in Google Earth. The landslide is likely to have entrained a large volume of material along its track, although we will need to wait for good satellite images until this can be determined properly. No lives have been lost, but there has been some disruption to power supplies.

Once again we see a large rock avalanche in a high mountain area in the spring time, so it is logical to think that this might have been associated with melting ice in the rock mass. Interestingly, British Columbia has been experiencing unusually high temperatures – on Thursday last week a number of temperature records were broken, with temperatures in some locations reaching 30 C.

Switzerland's WSL Institute for Snow and Avalanche Research, SLF, released its figures to the end of April in its Winter Review published this week.

It counts a destructive avalanche as one which leads to loss of life, injury or damages property.
All but one of the 19 people killed were participating in winter sports in unsecured terrain, classified either as backcountry (16) or off-piste (2).

The exception was a ski patroller who died on an open ski run when a huge slide swept across a piste in Crans Montana in February, as we reported at the time:
The deadliest single incident was the avalanche near Fieschertal in the Bernese Alps at the end of April which killed four ski tourers:
The 20-year average for deaths over a six-month winter period is 21.

The report describes a cluster of six fatal accidents in the western part of the northern flank of the Alps as 'striking'.
Click to expand...

2014 Sep
The effectiveness of avalanche airbags

AIM:
Asphyxia is the primary cause of death among avalanche victims. Avalanche airbags can lower mortality by directly reducing grade of burial, the single most important factor for survival. This study aims to provide an updated perspective on the effectiveness of this safety device.
METHODS:
A retrospective analysis of avalanche accidents involving at least one airbag user between 1994 and 2012 in Austria, Canada, France, Norway, Slovakia, Switzerland and the United States. A multivariate analysis was used to calculate adjusted absolute risk reduction and estimate the effectiveness of airbags on grade of burial and mortality. A univariate analysis was used to examine causes of non-deployment.
RESULTS:
Binomial linear regression models showed main effects for airbag use, avalanche size and injuries on critical burial, and for grade of burial, injuries and avalanche size on mortality. The adjusted risk of critical burial is 47% with non-inflated airbags and 20% with inflated airbags. The adjusted mortality is 44% for critically buried victims and 3% for non-critically buried victims. The adjusted absolute mortality reduction for inflated airbags is -11 percentage points (22% to 11%; 95% confidence interval: -4 to -18 percentage points) and adjusted risk ratio is 0.51 (95% confidence interval: 0.29 to 0.72). Overall non-inflation rate is 20%, 60% of which is attributed to deployment failure by the user.
CONCLUSION:
Although the impact on survival is smaller than previously reported, these results confirm the effectiveness of airbags. Non-deployment remains the most considerable limitation to effectiveness. Development of standardized data collection protocols is encouraged to facilitate further research.
Click to expand...

Some of the future findings were more comparative of data from Europe to North America. Basically, it comes down to whether or not it is alpine or sub alpine data, with Europe being predominantly alpine (above treeline) that favored increased survival rates and not so much in North America with more mixed alpine/sub alpine conditions.

Some North American practitioners will not wear them while others do. Here are the reasons as discussed with people (and the latter data speaks to this).

Alpine - generally allows the avalanche victim to stay afloat to some extent and ride the surface layer more easily avoiding deep burial (also with the added possibility that an air pocked is created if buried and the air in the pack can be released - usually you can't hardly move a cm anyway).

Alpine to sub Alpine - this may be true of the start zone if alpine yet can quickly end once the practitioner enters mixed terrain due to impacts with terrain objects (rock/ice/trees). In this latter description, practitioners of sport in this category may prefer to ride in the flow (like a river) as it tends not to interface with objects (takes the path of least resistance) whereas if riding the surface they can get thrown around into objects.

So, in one case (alpine) it is increased asphyxia due to being burred without a avalanche pack and in the other it is blunt trauma with a pack (although asphyxia is somewhat less).

Overall the concept is sound, however (and this is true of people moving to ski helmet (sounds like a no-brainer) protection) does it change their perception of risk and create more risk taking?

FOTCM Member
At least 59 people were killed and many more were missing after avalanches in Pakistan-controlled Kashmir over the last 24 hours.

Dozens killed by avalanches in Pakistani and Indian Kashmir Jan. 14, 2020 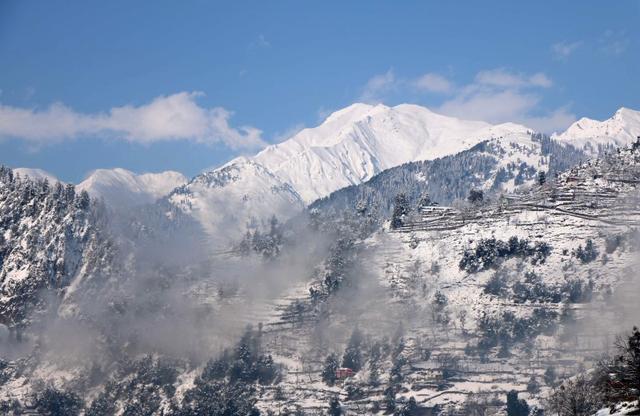 Girl buried under Pakistan avalanche for 18 hours is found alive 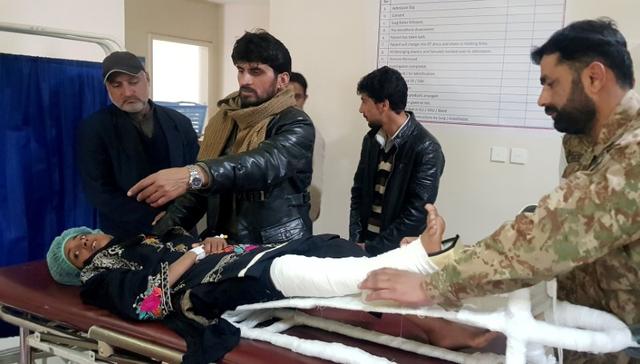 A 12-year-old girl was found alive on Tuesday after being buried for 18 hours when an avalanche in Pakistan-controlled Kashmir engulfed the family house, her mother said on Wednesday.
A

The worst affected area was Kashmir's Neelum Valley, where the 21 bodies were retrieved, said Ahmad Raza Qadri, a minister for disaster management. He said that since Sunday, 76 people have been killed in Pakistan-administered Kashmir in weather-related incidents. Another 45 people were killed in Pakistan's southwestern Baluchistan and eastern Punjab provinces.

Avalanches are common in Kashmir, which is divided between Pakistan and India and claimed by both in its entirety.