Hopefully other senators will join in, I'm not about to hold my breath though, so much has already been revealed on their cowardice.

Hopefully other senators will join in, I'm not about to hold my breath though, so much has already been revealed on their cowardice.

I see there are a couple of streams of resistance. One is against the lockdown madness. Another would be people who live in border states, and are feeling the pressure from the influx. Another is people who see the identity-based cultural war being waged on them and their families. Another is the ongoing revelations of widespread paedophilia in the upper circles of power. Another is the controlled demolition of the economy. Another would be those who are still keeping up to date with fraudulent-election data, like the report that was released recently: 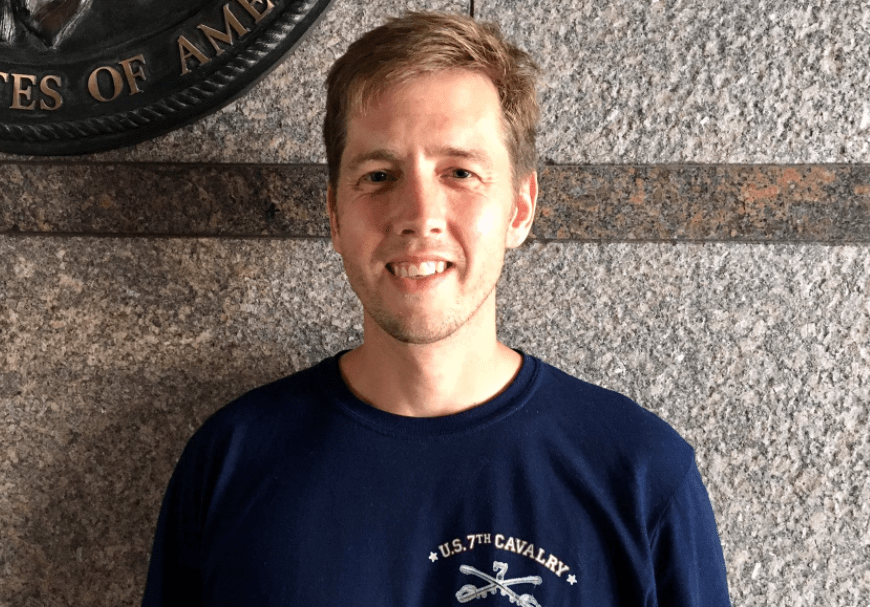 Of course, these kinda reports will be 'fact-checked' by Silicone Valley and sent down the memory hole. I doubt they'll ever see public light, or cause a constitutional crisis of some kind. If anything, even if these reports do start to increase public rumblings, it'll be more fodder for the PTB to clamp down harder.

It's sort of like a pot boiling over. The harder the boil, the more they clamp down, increasing pressure, causing an even harder boil. Until the lid blows off.

I wonder if open letter warning of civil war that was released by US military personnel earlier this year was also part of the PTB script. Nothing happens by accident on those levels. It could have been another signal sent to the Right, to prep them for a fight with the Left. The same could apply to France, and the letter released there. I wonder about the timing of both letters being released one after another.

So there is the civil war option. Honestly, it's starting to look like it won't really even be an option. Maybe the question is whether it will be an organized opposition of forces, or chaos like in South Africa. Or maybe some of both.

At the same time, all of these trends above may also contribute to the creation of what Vaclav Havel called 'parallel structures' (as mentioned in this awesome video about totalitarianism). There's obviously a reality split. From what Havel was saying, parallel structures are a recognition of the reality split, and making a choice to opt-out, rather than ramp up to a tactical engagement. Seems like a strategy of keeping a low profile, being ready and aware, and not falling for activism or hoping for war with the lefties. Sort of like Rod Drehr's discussion of the survival of Christian churches under Communism, who wore a public mask of obedience, but kept their values alive in their hearts, and met to worship in secret.

Might be that those parallel structures will be the seeds of the communities of a new reality.

iamthatis said:
There's obviously a reality split. From what Havel was saying, parallel structures are a recognition of the reality split, and making a choice to opt-out, rather than ramp up to a tactical engagement. Seems like a strategy of keeping a low profile, being ready and aware, and not falling for activism or hoping for war with the lefties.
Click to expand...

Listened to Clif High's latest ramblings, he stated the same as the above. The boiling point that was mentioned will be that of msm's pulling out the propaganda stops along with the administration's last gasp attempt to strong arm the holdouts into compliance. In that he says mid August an announcement/directive (the vacine mandate) will come that will heighten anxiety levels to their peak and with that will come more truth that will erode the fake foundations of their narratives. He mentions also to refuse the enticements of protesting, let it backfire on it's own accord, let the hired goon squads and street provocateurs expose themselves. He also mentions what will scare the bejesus out of the administration is that we do not rebel we just ignore and in doing so the plan unravels as all lies eventually do. I can't imagine the protests, if any would follow the above philosophy though. We already learned about the Texas Alamo scenario so with that l suppose military lockdowns could be on the horizon this fall.

IF LOOKS COULD KILL …
On the island but off the list. Nancy Pelosi is in Martha’s Vineyard but off Barack Obama‘s ‘trimmed’ down birthday party list. And it’s awkward.
Click to expand...

The catch phrase seems to be "Scaled Back"

The New York Post seems skeptical that Barack Obama’s 60th birthday bash at his $12 million Martha’s Vineyard mansion was actually “scaled back” — the Post employs scare quotes in its headline over the story on the big event — as advertised in light of the panic over the Delta variant. The Post hold that they partied like its 2019.” “This while President Biden, Obama’s ex-veep, warned the nation about a possible coronavirus resurgence.”

The New York Post seems skeptical that Barack Obama’s 60th birthday bash at his $12 million Martha's Vineyard mansion was actually 'scaled back' -- the Post employs scare quotes in its headline over the story on the big event -- as advertised in light of the panic over the Delta variant. The... 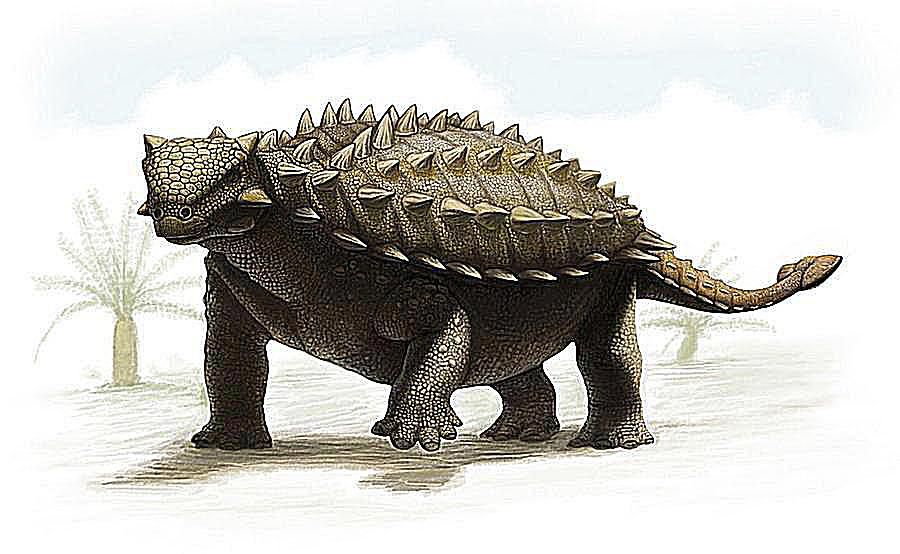 Meet the Armored Dinosaurs of the Mesozoic Era

Pictures and detailed profiles of the armored dinosaurs of the Mesozoic Era, ranging from A (Acanthopholis) to Z (Zhongyuansaurus).

Administrator
Moderator
FOTCM Member
This isn't really about something the Biden regime did, but it's from said regime's fiercest high-profile critic, Tucker Carlson.

It's an epic, all-encompassing speech. Apparently, visiting Budapest for a week 'uplifted' Tucker Carlson from 'that guy on Fox' to a whole other plane!
https://twitter.com/i/web/status/1424790804812505095

sToRmR1dR said:
'Sharing 'American pie': One for you, one for me, and the rest is for us.' 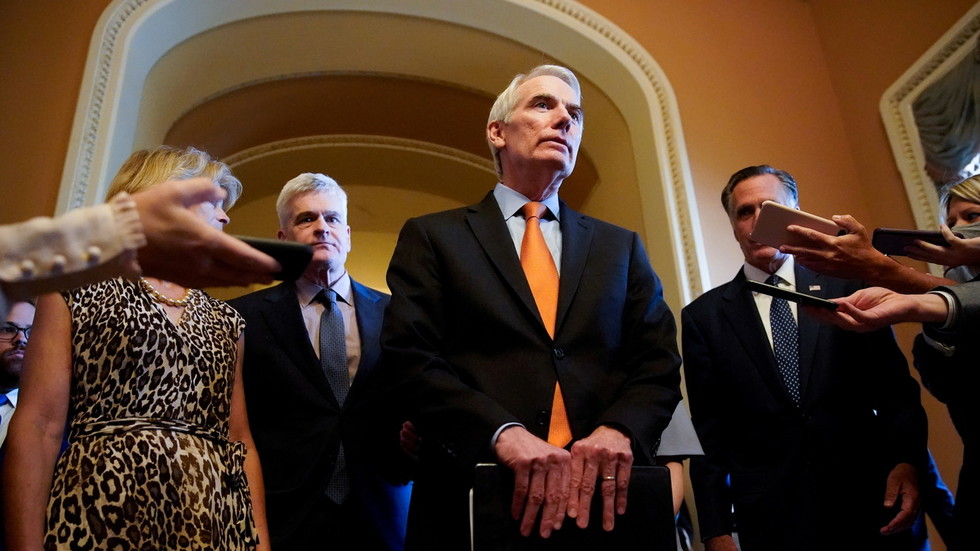 After an 11th-hour effort, a bipartisan group of Senate negotiators announced that they finalized a mammoth infrastructure bill, which includes $550 billion in new spending. The bill now heads to the Senate floor. 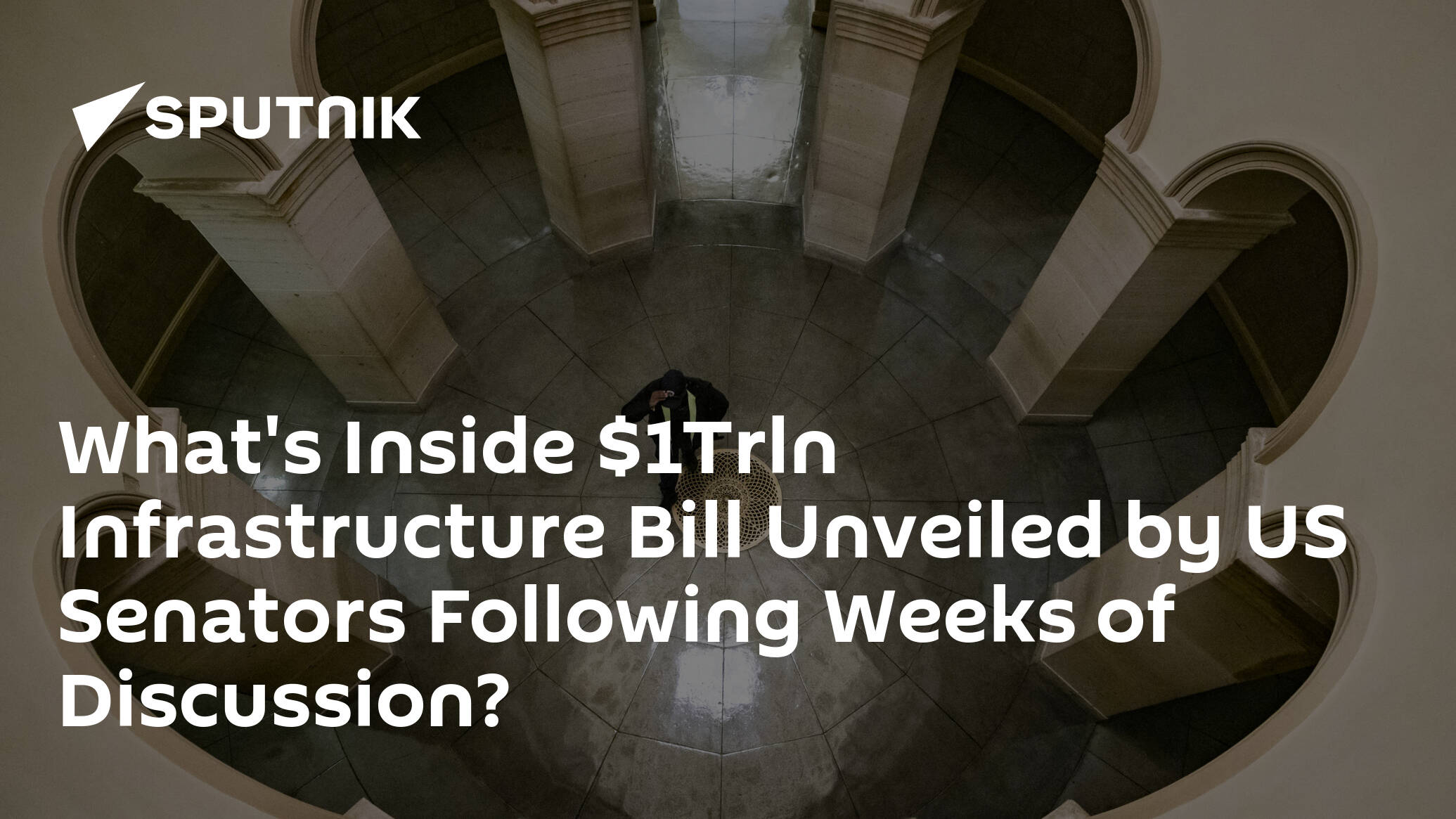 What's Inside $1Trln Infrastructure Bill Unveiled by US Senators Following Weeks of Discussion?

The long-awaited (and long-delayed) infrastructure bill has come through dramatic bipartisan discussion, with Democrats pushing for over $3 trillion in spending under the legislation, and Republicans opposing it as too wasteful. 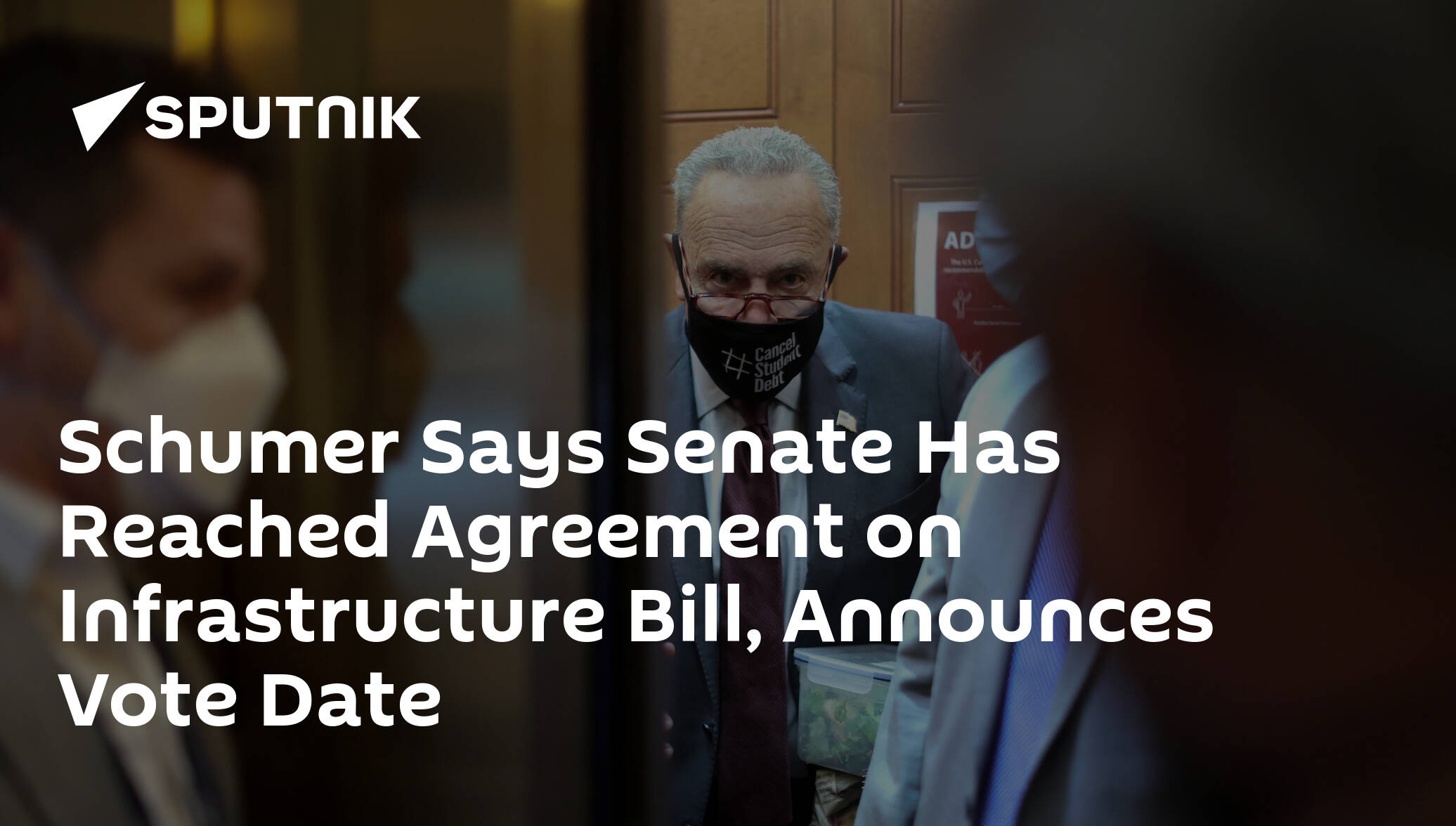 Earlier in the day, Senate Democrats unveiled a path that would pave the way for a larger infrastructure bill, envisaging $3.5 trillion in spending, to be passed by the middle of September. The infrastructure bill has been a stumbling...

This young lady is fun, her compilation about the ‘crazy world' we lives in is so bizarre that you get the impression you’re watching some crazy Monty Python sketch.

Earlier in the day, Senate Democrats unveiled a path that would pave the way for a larger infrastructure bill, envisaging $3.5 trillion in spending, to be passed by the middle of September. The infrastructure bill has been a stumbling...

'The heist has been legalized.' 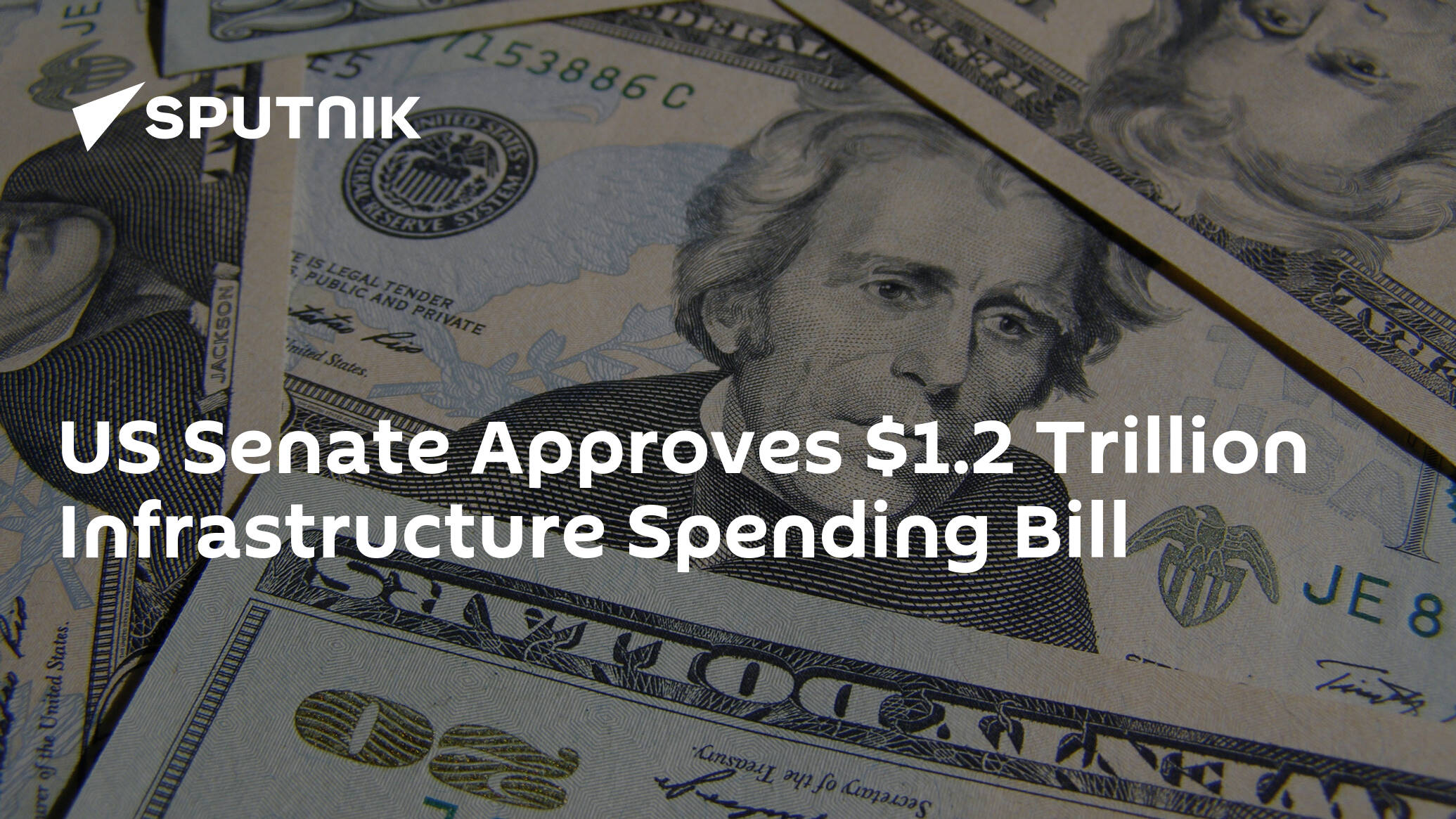 Republicans have whittled down President Biden's ambitious $2 trillion infrastructure plan since it was unveiled in the spring, with lawmakers from both parties moving to hammer out an agreement on the matter before leaving Washington for...

FOTCM Member
Do you Remember when the Cs said that the Nazi experience was a test of the will of humanity, a kind of test of what would happen in the future?

We have at least two events of the Nazi era that have been reflected in this present:

1. The Reichstag fire and the Assault on the Capitol

Röhm close friend and early ally of Hitler and a co-founder of the Sturmabteilung
(SA, "Storm Battalion"), when he became a drag on the Nazis and a rival for the Fuhrer he was purged, his alleged homosexuality was one more argument to assassinate him.

Brittany Commisso denounced the New York Governor for sexual harassment in a television interview, in which she recounted how her "dream job" turned into "a nightmare" and calls for Andrew Cuomo to "be held accountable." Today the governor resigned.

The minute he legalized full term abortion I felt some extremely heavy karma was coming his way. Then the deaths of thousands of elderly in nursing homes and now the sexual harassment charges. He still gets to stay out of jail and keep his money but his reputation is gone and it seems from his behavior that was more important to him than the other things. And it does seem the PTB might have had their own reasons for wanting him out because they can usually override the worse crimes against humanity if they want to. Good riddance!

Cuomo and the Empire State- Sex, Sin and the City- or ritual sacrifice?

The Long Count calendar identifies a date by counting the number of days from a starting date that is generally calculated to be August 11, 3114 BCE in the proleptic Gregorian calendar or September 6 in the Julian calendar (or −3113 in astronomical year numbering).

Expressions of this fear will be found at all levels of the culture. There is the general association with death, as noted by Thompson and others, but also the more specific association with the death of kings. Thus the Mayan date name of Venus, Hun Ahau was a day of "death" and "darkness." But more specifically, the same day among the Aztecs signified the death of Quetzalcoatl and the transformation of his "heart-soul" into Venus.

FEMA and FCC Plan Nationwide Emergency Alert Test for Aug. 11 Test Messages Will be Sent to TVs and Radios Along with Select Cell Phones That Have Opted-in to Receive Test Messages

FEMA, in coordination with the Federal Communications Commission, will conduct a nationwide test of the Emergency Alert System (EAS) and Wireless Emergency Alerts (WEA) this summer.