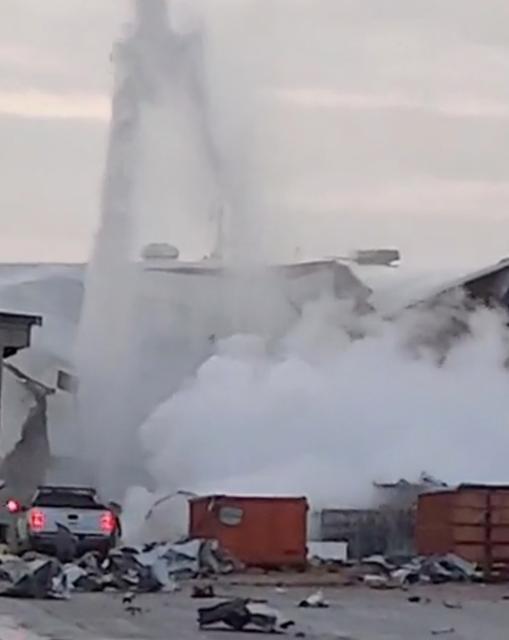 At least 15 people were injured on Friday after a liquid nitrogen line exploded at a Textron Aviation plant near Wichita, Kansas,
potentially setting back the launch of a new aircraft under development, county and company officials said. 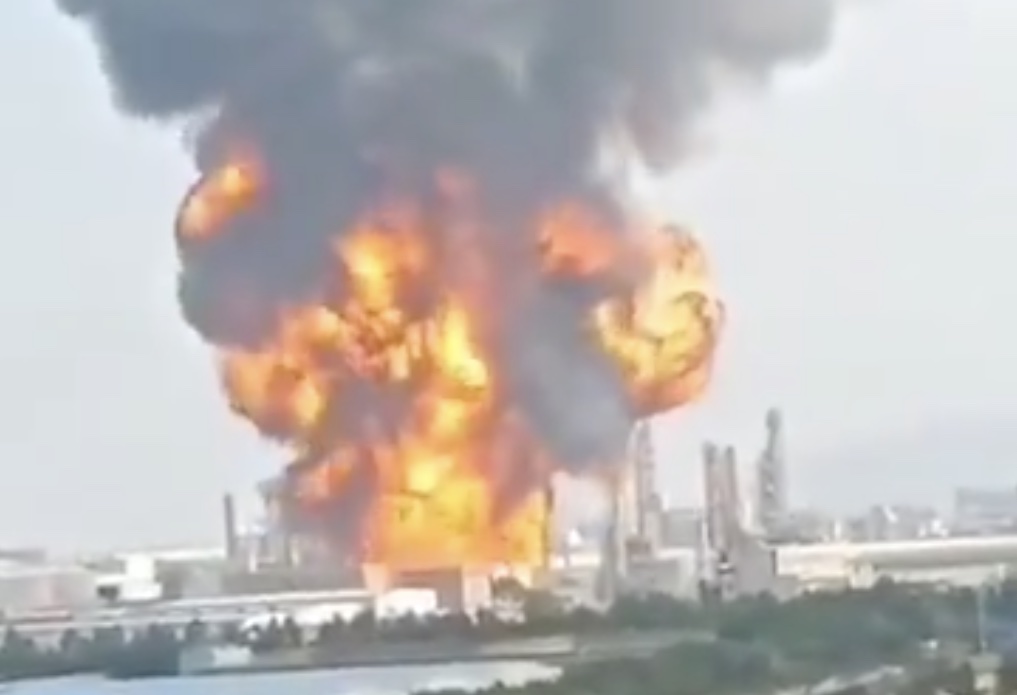 A petrochemical terminal at Zhuhai Port in southern China suffered a major explosion and caused a massive fire today. The accident occurred at Changlian Petrochemical’s base in the Gaolan port area of Zhuhai Port, just across the border from Macau at the mouth of the Pearl River. The workers at...

One person was killed, another was missing and six were injured in an explosion and fire at a chemical factory in northeastern Spain. Another person may have been killed by flying metal from the explosion.

One killed in chemical factory explosion in Spain 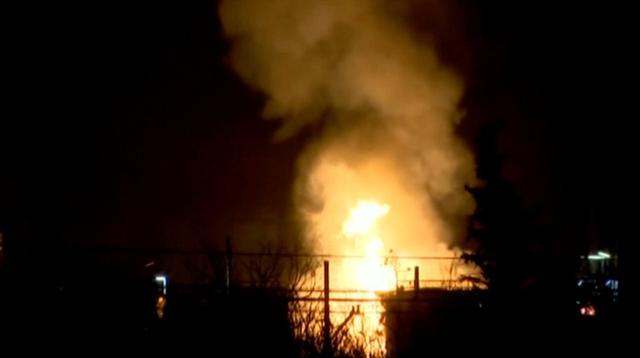 One person was killed, another was missing and six were injured in an explosion and fire at a chemical factory in northeastern Spain, local authorities said. 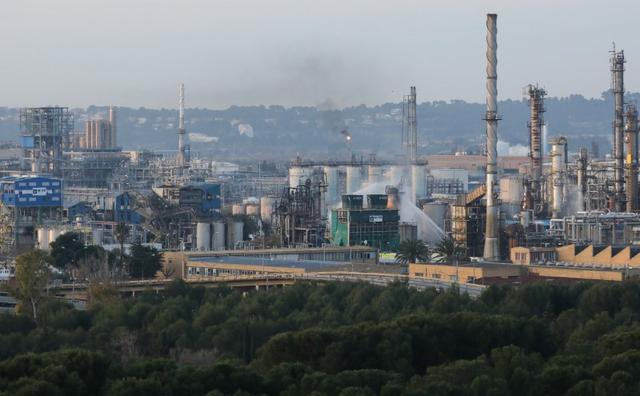 A flying plate of metal may have killed a man some 2km away from the site of a huge chemical plant explosion in northeastern Spain
when it was hurled out by the blast and crashed into his apartment building, local authorities said on Wednesday.
A

An explosion at a gas processing plant on Sunday killed at least 15 people and destroyed about 50 buildings after a fire broke out in a suburb of Lagos, Nigeria's commercial capital, emergency services said. 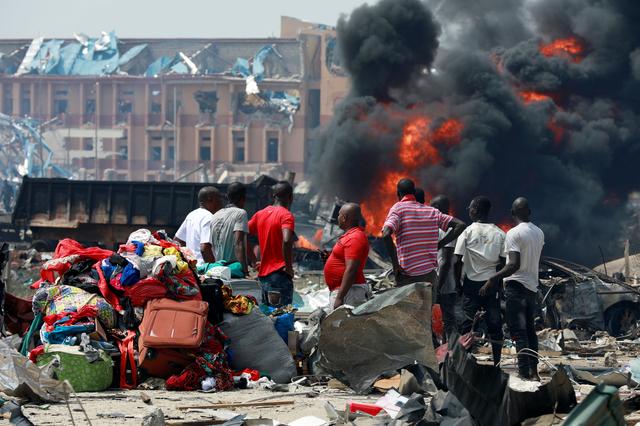 The Nigerian National Petroleum Corporation (NNPC) said the explosion was triggered after a truck hit some gas cylinders stacked in a gas processing plant near the corporation’s pipeline in Abule Ado area of Lagos state.

The impact of the explosion led to the collapse of nearby houses, damaged NNPC’s pipeline and caused the corporation to halt pumping operations on the Atlas Cove-Mosimi pipeline, the state-owned oil company said in a statement.

Several people were injured and taken to hospital, according to Ibrahim Farinloye, zonal coordinator for the National Emergency Management Agency (NEMA).
A

An explosion at a chemicals plant in an industrial zone in Venice injured two workers and sent clouds of black smoke and flames into the sky on Friday, prompting local authorities to order residents to stay inside and close doors and windows. 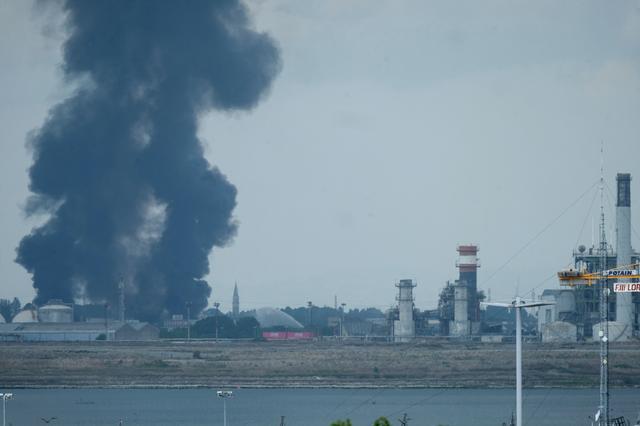 Large clouds of black smoke billows from a chemical plant after an explosion, in Marghera, seen from Venice, Italy, May 15, 2020 REUTERS/Manuel Silvestri

Gianpaolo Bottacin, an official from the civil protection department, said the two workers had suffered serious burn injuries in the blast, which occurred in the Porto Marghera area on the mainland, a few kilometres from the historic centre of the lagoon city.

Ambulances and fire services as well as officials from environmental agency ARPAV were at the scene and television footage showed clouds of thick black smoke visible from several kilometres away.

“The area is blocked off at the moment, which means the fire won’t get out of the company site, but inside that area it’s hard to imagine it will be put out any time soon,” Bottacin told a news briefing.

On December 20th, there was an explosion and fire at a pharmaceutical factory in Taiwan. What is most interesting is that the factory produces hydroxychloroquine APIs, and is the world’s second largest HCQ raw material supplier.

Early yesterday morning (0730 CST) a chem plant (lubricants) exploded in Rockton, IL, which is about 45 minutes from our place. I was returning from Florida and flying into O'hare around 5pm and could see the plume of smoke on the horizon. I estimate I was probably 150-200 miles from Beloit at that time. Learned about the fire/explosion after getting on the shuttle bus to Janesville, when the passenger next to me who happened to be from Beloit told me of the explosion.
Here's a link to the story Massive fire breaks out at Illinois chemical plant

Haven't heard what caused it, but sounds like they are going to let it burn out due to the close proximity to the Rock River.
Glad we're upwind of that, for now, but feeling bad for those down wind of that toxic smoke.

A thick column of black smoke rises from the Petromidia Refinery owned by the Rompetrol company.


Video uploaded onto social media via nearby beachgoers shows the incident unfolding.

As a result of the explosion, the General Inspectorate for Emergency Situation said two people were injured but didn't provide additional details on their conditions.

A hazard alert was issued to surrounding residents. Those who were within 1 km, or a little more than half a mile, from the plant, were told to evacuate.

The cause of the explosion remains unknown, but the incident area has been a recent hotbed for international attention. Last week, a NATO warship sailed through what Russia claims is territorial waters near Crimea. That sparked a massive response by Russia to expel the vessel. 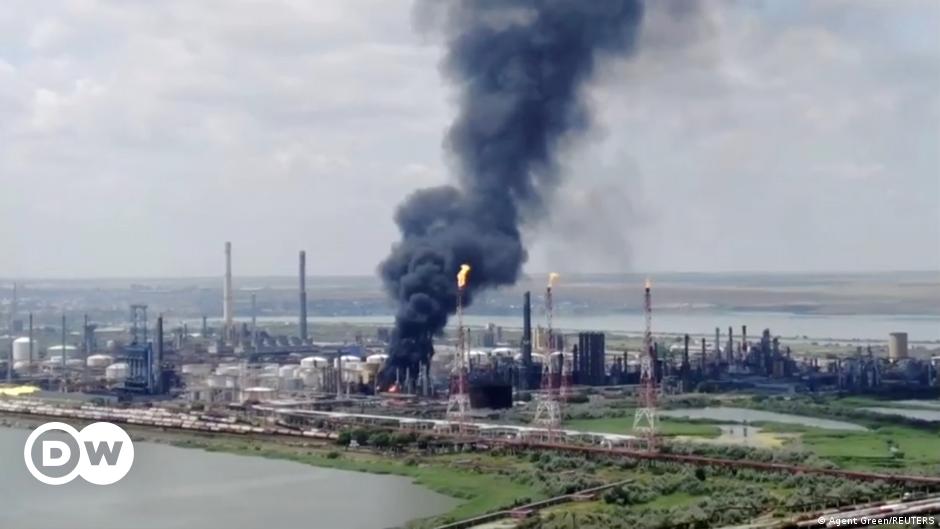 Thick, black smoke from the fire was reported to be blowing away from the Romanian coast into the Black Sea. The authorities said local citizens were safe but advised them to close their windows.

www.dw.com
A powerful blast at Romania′s biggest oil refinery on Friday has killed one person and left at least four other workers injured.

Around 50 firefighters were deployed to the scene after the explosion rocked the Navodari Petromidia refinery on the Black Sea coast.

The refinery's operations "have been stopped as a security measure," said the Kazakh KazMunayGas (KMG) group that owns the oil processing site.

Video footage taken by a tourist showed thick black smoke billowing from the refinery, which is located 15 kilometers (9 miles) from the Mamaia, Romania′s top tourism resort.

Operator Romeptrol Rafinare said that "technological processes in the refinery were safely stopped" and the blaze was later ″isolated and stabilized.″

"Internal and external teams are making efforts to put it out in the shortest time,'' the company reported on social media.

Authorities are still not sure what caused the blast.


How has it affected the nearby area?​

The wind was taking the plume of smoke towards the Black Sea.

"The direction of the smoke is in the opposite direction to the beach and the city which is why the citizens are safe,'' the country′s Interior Ministry said in a statement. ″However, we ask the population to take protectionary measures by closing (their) windows.″

Head of Romania′s Environmental Guard, Octavian Berceanu, told the Associated Press news agency that ″proper data″ was still not available to find out its impact on the wildlife.

"The smoke is going offshore, and some is going to the beach but it's not populated there,'' said Octavian Berceanu, who lead the government′s environmental agency.

Previous refinery fires in Indonesia and South Africa have prompted evacuation and injury.


Why was the refinery controversial?​

The Petromidia refinery has been the subject of disputes since the start of the 2000s between owners KMG and the Romanian government.

As part of this investigation, prosecutors seized the Petromidia plant in 2016, although the investigation was later dropped in 2019.

Romania as a whole has had a number of climate issues of late, with rising pollution being one of the main issues the East European country faces.

FOTCM Member
Perhaps the expansion joints are failing as the planet continues to open up..?

www.zerohedge.com
Moscow-based news website Gazeta reports a powerful explosion has been observed in the Azerbaijani region of the Caspian Sea, known for offshore gas production.

A powerful explosion took place in the Azerbaijani sector of the Caspian Sea. At the moment, there is no official information about the incident. According to local media, the explosion allegedly took place at the Umid gas field. - Gazeta
Click to expand...

The incident occurred at 2130 local time, with multiple videos show a large explosion.
Click to expand... 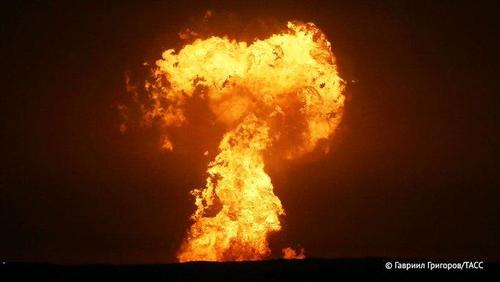 A security analyst in Yerevan, Armenia, Neil Hauer, tweeted: "Massive explosion off the coast of Azerbaijan in the Caspian Sea. Reportedly occurred in the Umid gas field, Azerbaijan's second-largest."

Aurora Intel said the video from "Umid Gas Platform shows the platform itself is safe and the explosion is off in the sea in her vicinity."

They suggested it may be a tanker that exploded, but it's only speculation at the moment.


https://twitter.com/i/web/status/1411768495994515456
In the last few days, we should remind readers that an oil refinery in Romania caught fire and a Mexican state-owned PEMEX offshore rig experienced a massive underwater pipeline fire.
*This story is developing, and questions swirl at what caused the massive explosion.

c.a. said:
Perhaps the expansion joints are failing as the planet continues to open up..?
Click to expand...

That's what I had in mind as well, what I found interesting is that everyone has been reporting it as a volcanic explosion.

FOTCM Member
And this one in Thailand, An unexplained explosion at a chemical plant near Bangkok, Thailand sparked a massive inferno, resulting in nearly two dozen injuries. Authorities have evacuated the area over concerns that another blast is imminent. A Buddha statue is seen as smoke billows from an explosion and fire at a plastics factory in Bangkok on July 5, 2021. © AFP / Lillian Suwanrumpha
Follow RT on

An unexplained explosion at a chemical plant near Bangkok, Thailand sparked a massive inferno, resulting in nearly two dozen injuries. Authorities have evacuated the area over concerns that another blast is imminent.

The explosion occurred in the early hours of Monday at the Ming Dih Chemical factory, located in a village outside the Thai capital. The factory produces plastic foam and pellets.
According to reports, the resulting fire engulfed the entire factory compound – comprised of five or six warehouses – as well as homes and buildings within a one-kilometer (0.6-mile) radius of the blast site. The explosion was reportedly felt up to 9km (5.59 miles) away.

Dozens of firefighters rushed to the scene of the massive inferno. First responders were also seen aiding people injured in the blast and subsequent blaze. Some 21 injuries were reported.


Although the blaze was eventually contained after several hours, large plumes of black smoke could still be seen coming from the smoldering ruins of the factory. There are still isolated fires within the compound, according to reports.

Police have ordered an urgent evacuation within 5km (3.1 miles) of the factory due to fears that there could be another explosion. Three tanks of chemicals reportedly remain within the factory, which could trigger another blast.
It’s still unclear what caused the initial explosion.

FOTCM Member
Just checked as me thinks this article might belong on this thread.

Moderator
FOTCM Member
To note - because it seems these increasingly frequent explosions at industrial sites around the world are caused by a few things - they're reporting that this particular explosion was due to flooding. I'm guessing it's the same weather system that also led to the collapse of 2 dams in the country. 'Historic rainfall': Explosion at aluminum plant in China caused by severe flooding -- Sott.net
You must log in or register to reply here.
Share:
Facebook Twitter Reddit Pinterest Tumblr WhatsApp Email Share Link
Top Bottom