Matthew said:
I always saw the Blob as expressing the existential dread of an American whose culture promoted individualism confronted with the collectivist ideology of communism.

Maybe the old BBC Survival Series was about right too...

"Boss Level" Meme of the Month!

Funny how riot season has a four year cycle exactly the same as the presidential election cycle. 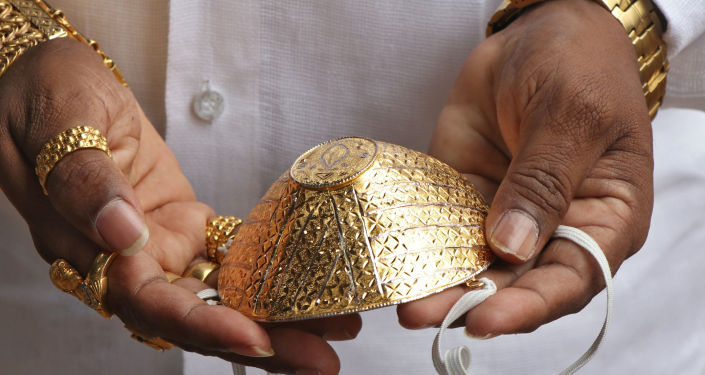 NEW DELHI (Sputnik) - Shankar Kurade, a resident of India’s Maharashtra state who has turned heads after wearing a solid gold face mask worth nearly $4,000 amid the...

This really reminds me of my childhood. People trying too hard to make others comfortable. Which usually makes them more uncomfortable.

I don't know where this should go?
The woman fit the "Crazy" title of this thread, might be cerebral degeneration from the recent download?!
My "Trendy"friend would call her Cray-cray.
This happened in Canada, a couple days ago, two teen girls walking the trails, picking berries, eating berries, and for whatever reason, picked a twig of berries, probably to take home.
They are then harassed and belittled by a "Middle Age, Bossy, Mean, White Woman".

In my opinion, the girls handled the interaction rather well, especially when the "Karen" told them: "If they didn't like it, they should "go back to where they came from".
Yeah, both young ladies were born in Canada, the woman is from the US....
‘Karen In The Wild’ Rage-Dances During Racist Rant Against Two Girls For Picking Berries
by Mike Walsh A Karen confronted two girls in the woods with racist rhetoric and a strange, awkward dance after she saw them picking berries.

Debra said:
In my opinion, the girls handled the interaction rather well, especially when the "Karen" told them: "If they didn't like it, they should "go back to where they came from".
Yeah, both young ladies were born in Canada, the woman is from the US....
Click to expand...

I think the kids didn't got intimidated and handled very well.
Here is one from the same article that is really crazy. People are projecting the 'fear of corona' to all sorts of people using all sorts of virtue signaling slogans that mean nothing more than racism.

https://twitter.com/i/web/status/1277292748224098305
It is very disturbing to view the other video's in the article that show how rotten people's minds are inside and how stupid they became.

FOTCM Member
On a lighter note...

How clear is this?!

On the night of March 25 this year, Edward Guy Mason, 57, went to his store in Bruce Rock, 240 kilometres east of Perth, packed three shopping trolleys with cardboard and set them on fire, before trying to take his own life.

His lawyer, Richard Lawson, said Mason then became convinced he had the virus, and to protect his customers and the public from getting infected he had to burn down his business, later repeatedly telling witnesses, "I set fire to the business to kill the germs."

"He decided he had to eradicate himself,"
Click to expand...

The co-owner of a small town's only supermarket burnt down his business at the height of the pandemic because he was "obsessed" with the virus and under pressure from angry customers and out-of-town panic buyers, a court hears.