According to Pakistan Today newspaper, a powerful 6.1-magnitude earthquake has struck northeast Pakistan, with tremors felt in Islamabad.

The epicentre of the earthquake, which struck at 4:01 p.m. local time, was around 12 kilometres northeast of Jhelum, a city in the north of Punjab province, or 88 kilometres southeast of Rawalpindi, according to reports.

Another Earthquake hit Kashmir (Pakistan-side) that has been experiencing Political turmoil. This event just compounds the problems.

Photos and video carried by local media showed a collapsed building and cracks in roads large enough to swallow cars in Mirpur, a town on Pakistan’s side of the disputed territory of Kashmir near India.

District commissioner Mohammad Tayyab said 19 people were killed, including three children. District police chief Irfan Saleem said more than 100 more suffered injuries. “I am in the hospital right now and I am being told that several of the injured people are in a critical condition,” Saleem told Reuters by phone.

Major General Asif Ghafoor, a spokesman for the Pakistan Armed Forces, tweeted that army troops with aviation and medical support teams were dispatched.

“Thank God, the damage is confined to one particular area, and this one is pretty accessible from all sides,” the chief of Pakistan’s National Disaster Management Authority, Lieutenant General Mohammad Afzal, told ARY News TV. “I can tell you right now that there is not a fear of a very big death toll.”

The rescue operation looked to be complete by Wednesday evening, Afzal said. “Our whole concentration right now is to accelerate the rescue operation,” Raja Farooq Haider, prime minister of Pakistan’s Azad Kashmir region, told GNN TV. “There are people who are stuck there and who need immediate help. We are putting in all our resources to get people the best of our help.”

“Prime Minister Imran Khan expresses deep concern over the damage caused by the earthquake and directs all departments to provide immediate assistance,” the Pakistan government said in a tweet.

Most damage was in an area between Jhelum and Mirpur, said Afzal. Jhelum is located in northeastern Pakistan, roughly 120 km southeast of the capital Islamabad.

The Himalayan region is divided between India, which rules the populous Kashmir Valley and the Hindu-dominated region around Jammu city, Pakistan, which controls a wedge of territory in the west, and China, which holds a thinly populated high-altitude area in the north.

The territory has been in dispute between India and Pakistan since partition in 1947, and the cause of two wars between the countries.
Click to expand...

FOTCM Member
Not many photo's out yet on the Pakistan earthquake. 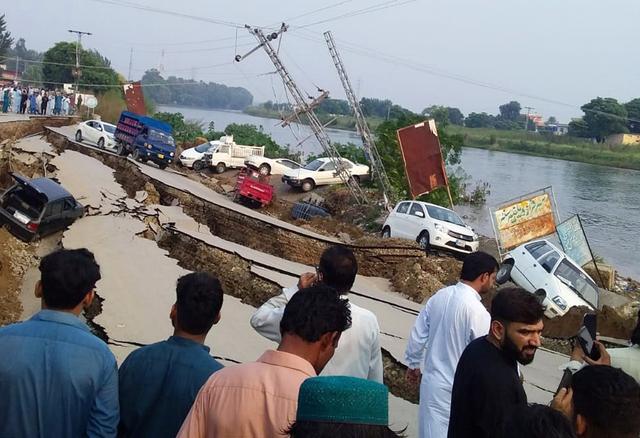 The powerful earthquake scared many people causing them to rush out of multistory buildings and homes. (AP)

angelburst29 said:
Not many photo's out yet on the Pakistan earthquake.
Click to expand...

In this FB site are more, in arabic but it is understandable via the traductor of FB

FOTCM Member
Strong quake strikes Indonesia's Seram island, no tsunami risk
A 6.8-magnitude earthquake hit Seram island in Indonesia’s eastern Maluku province early on Thursday causing damage to some buildings, but there was no risk of a tsunami, Indonesia’s geophysics agency said. A spokesman for the agency said it was possible buildings in the area could be damaged.

The U.S. Geological Survey put the magnitude at 6.5.

Agus Wibowo, a spokesman for Indonesia’s disaster mitigation agency said in Ambon, some 40 km (25 miles) from the epicentre, a university building was slightly damaged and a bridge cracked.

Indonesia, which sits on the seismically active Pacific Ring of Fire, is all too familiar with deadly earthquakes and tsunamis. In 2004, a quake off Sumatra island triggered a tsunami across the Indian Ocean that killed 226,000 people in 14 countries, including more than 120,000 in Indonesia.

Palu, on Sulawesi island west of Maluku, was devastated by a 7.5 magnitude earthquake and a powerful tsunami it created in September 2018. More than 4,000 people died there.
A

Earthquake in İstanbul was very strong
A

Moderator
FOTCM Member
@aurora1, I merged your posts with the ongoing Earthquakes thread. The earthquake, off Silivri district, occurred at a depth of 6.99 kilometers (4.3 miles), some 22 km (13.6 mi) from Silivri.
The region was also shaken by aftershocks. A 3.6-magnitude earthquake also shook Istanbul earlier today, at 10.32 a.m. (0732GMT), said AFAD. The epicenter of the quake was the Sea of Marmara.

On Tuesday, a 4.6-magnitude earthquake also hit off Silivri, according to AFAD.

In addition to Istanbul, Turkey's most populous city, the earthquake was also felt in nearby urban areas such as Kocaeli, Sakarya, Tekirdag, Edirne and Kirklareli.

Kocaeli Governor Huseyin Aksoy and AFAD officials in Sakarya told Anadolu Agency that no negative outcome of the quake has been reported so far.

The Istanbul Governorship said primary and secondary schools have been temporarily suspended today due to the quake, while there are no reports of damage as yet.

Aftershocks could create an energy which will break the earth’s crust, Kerem Kinik, Turkish Red Crescent head, said on Twitter.
Kinik urged citizens to leave their houses which were damaged and risky to stay in. The buildings established before 1999 faces a risk of demolition, he warned. 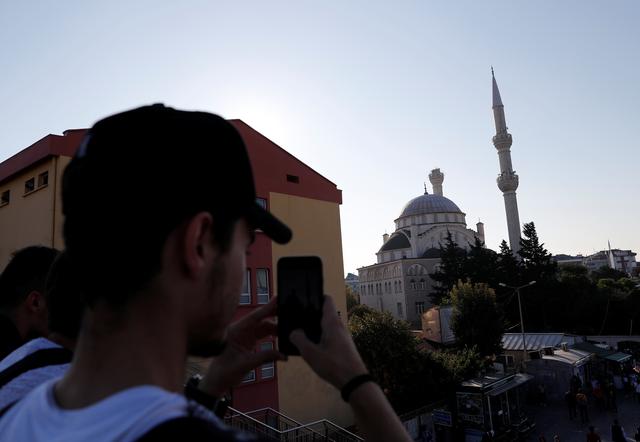 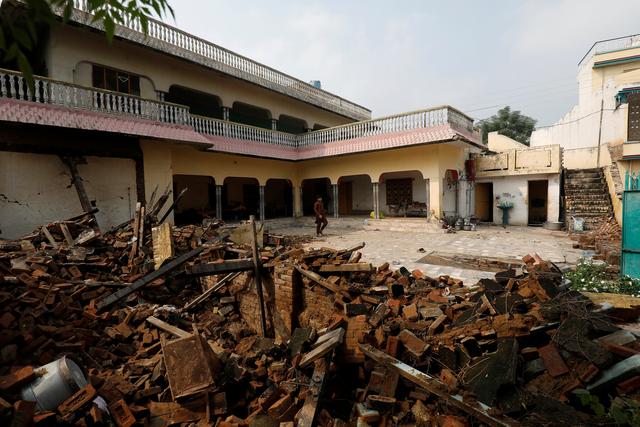 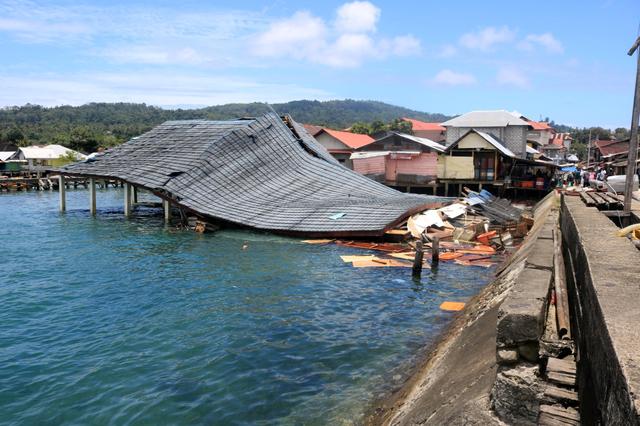 A magnitude 6.5 earthquake that hit Indonesia's eastern province of Maluku has killed at least 20 people, damaged buildings and sent people fleeing to the hills, officials and witnesses said.

In September 2018, Palu, on the island of Sulawesi west of Maluku, was devastated by a 7.5-magnitude earthquake and a powerful tsunami it unleashed, killing more than 4,000 people. 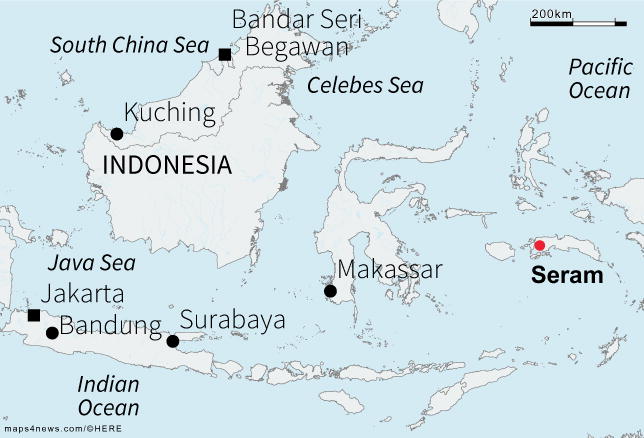 An earthquake with a magnitude of 6.1 at a depth of 129.63 km (80.55 miles) has occurred at 42km W of Villa La Angostura, Argentina, as reported by the National Earthquake Information Center (NEIC) of the USGS on September 26, 2019, 16:57:15 GMT. Preliminary analysis indicates that this is a strong earthquake, and it is fairly deep (shallower quakes generally tend to be more damaging than deeper quakes.) Based on the preliminary data, earthquakes of this depth and magnitude are expected to result in moderate to severe shaking within 45.0 km (27.96 miles) from the epicenter. It is estimated that 8,323 people, 2,194 households, and $189 Million (USD) of infrastructure* are concentrated within this radius. Additional information will be provided as it becomes available by official sources. Epicenter: Latitude: -40.8003, Longitude: -72.1521 *The cost represents the total replacement value of the infrastructure.
Click to expand...

Aeneas said:
Looking at all the earthquakes for the last 7 days of all sizes is quite revealing as it comes to the US. There is a lot of activity. 2875 earthquakes out of the total of 3362. A sign of massive stress below. Here is a screenshot:

A strong earthquake has struck off the Celebes Sea, in south-eastern Philippines, about 175km from South Cotabato Province early on Sunday at 6.02 am local time.

Strong tremors were felt in General Santos City as well as Digos City, Davao Del Sur. People went out on the streets after they felt their buildings shaking.

The USGS estimates the quake's magnitude at 6.2 while volcanodiscovery.com reported that it reached a magnitude of 6.5 on the Richter scale.


https://twitter.com/i/web/status/1178130042087514112
People reported having been awakened from their sleep by the strong tremors. There were no immediate reports of damage or tsunami warning.

The quake struck at a depth: 10.0 km, according to volcanodiscovery. com, citing GFZ as its primary data source.

The nearest known volcano is Mt Balut, about 138 km from the epicentre. www.emsc-csem.org
https://twitter.com/i/web/status/1178348923464761344
According to the data that continue to arrive on the 7.2Mww Preliminary Earthquake (USGS) down to 6.8Mww due to the depth and energy released, it is not possible to generate an important Tsunami You can only generate a tsunami that is only registered by instruments

Administrator
Moderator
FOTCM Member
I've been noticing my earthquake notifications have been coming in practically every day with one or two 5 or 6 pointers; they are like bouncing all over the planet.