bjorn said:
If this is correct, then the idea that Starlink could ever be profitable is laughable. I wonder if Starlink serves some other purpose that they don't tell us about.

If you watched the video chances are likely that the American taxpayer will carry the burden of bringing this immense project to fruition. Why put up 42.000 satellites in orbit when 3 can do the job just as well from a further range. None of this makes sense. Unless it serves another purpose they aren't telling us.

Apparently, the G5 towers and Starlink complement each other. Are Starlink Satellites Being Used For 5G?

The More Satellites Up In The Sky. The Stronger 5G Will Be.

And then there is this session.

Q: (L) Is HAARP in operation at the present time?

A: Yes, in its early stages.

Q: (T) Is the spreading of all these communication towers out across the country the equivalent of a HAARP program on a continental scale?

A: Back up system.

Q: (L) So, they don't need the towers to operate the HAARP system, but they are there as the backup?

A: Towers serve dual and lateral purposes.
Click to expand...

Does Starlink tie into HAARP?

And an even better one here:

Yes, agreed, truckers and Canada needs all the help they can get. Sincerity is the thing, and people can change.

As for Elon, just how far away he grew up from the family tree, I don't know. 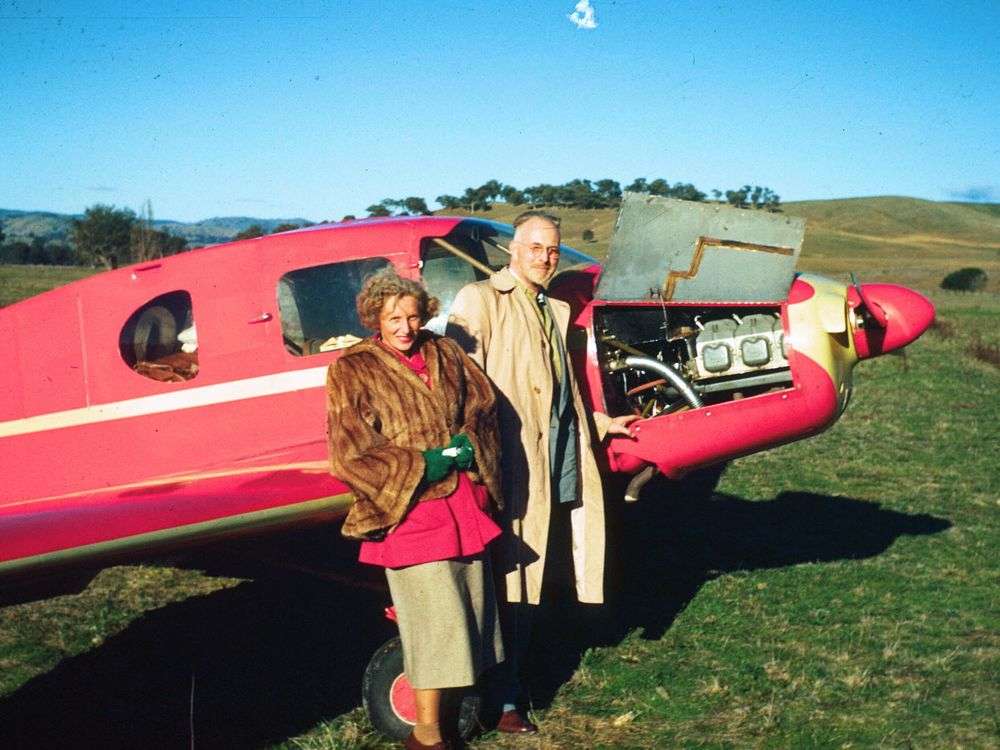 TN has identified Elon Musk as a Technocrat on the basis of beliefs and actions. What we did not know is that his Canadian grandfather, Joshua Haldeman, was an avid supporter of Technocracy, served as Research Director and ultimately became the the head of the Technocracy, Inc. party in Canada.

Voyageur said:
As for Elon, just how far away he grew up from the family tree, I don't know.

TN has identified Elon Musk as a Technocrat on the basis of beliefs and actions. What we did not know is that his Canadian grandfather, Joshua Haldeman, was an avid supporter of Technocracy, served as Research Director and ultimately became the the head of the Technocracy, Inc. party in Canada.

Musk reminds me so much of how I felt about Gates when he was hot in the 90's, "Wow, the guy worked in his garage and look what he accomplished". Then you find out that the father was a lawyer for Rockefeller and suddenly the optics change completely

Well those days are long gone for me. When I see someone who today is in the 1% group I take the position that they were connected to that group in some way. One the scale of where Musk is at the moment I find it had to think otherwise. Musk is blowing a lot of smoke to make himself look to be, "We are all in this together", but that is just that, SMOKE.

That smoke is a good definition of Musk.

Just learned that Elon was really in Amber Heard. Maybe he bugged the Tesla that he gave her too.
Amber Heard thought ex Elon Musk gave her bugged Tesla, court docs show

As for the family of origin, seems like people we all would want to be friends with (just kidding!) :
Elon Musk's Dad Had a Baby With His Own Stepdaughter — How Disturbing!

I don't buy his Mr. Cool image. All that he is involved in has nothing to do with the average person on the street. He's in the special class, a class that looks at us as just useful tools. Not a popular position in many places on the Net. 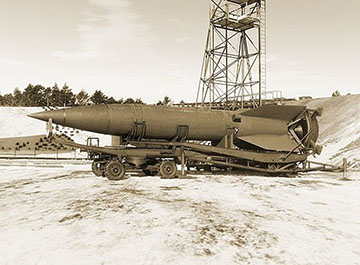 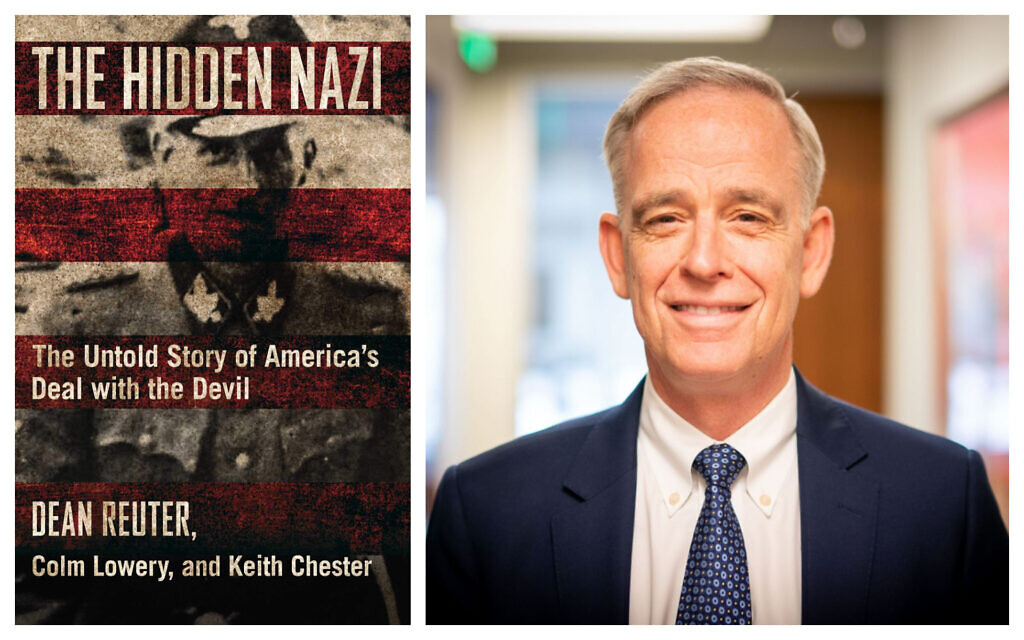 Regardless of how true the claims in the lawsuit are, the blog post from Tesla completely misrepresented the nature of it.

These are extremely serious allegations, and if even only half of the claims are true, it looks like Tesla has a real problem at Fremont factory that needs to be addressed more forcefully than the company claims to have done in the past.

You’re reading Electrek— experts who break news about Tesla, electric vehicles, and green energy, day after day. Be sure to check out our homepage for all the latest news, and follow Electrek on Twitter, Facebook, and LinkedIn to stay in the loop. Don’t know where to start? Check out our YouTube channel for the latest reviews.

‘Full Self-Driving’ clips show owners of Teslas fighting for control, and experts see deep flaws
The Washington Post verified footage posted by beta testers and had it reviewed by a panel of experts
Yesterday at 7:37 a.m. EST Mid Snip: Video's

The Post selected six videos from a large array posted on YouTube and contacted the people who shot them to confirm their authenticity. The Post then recruited a half-dozen experts to conduct a frame-by-frame analysis.

The experts include academics who study self-driving vehicles; industry executives and technical staff who work in autonomous-vehicle safety analysis; and self-driving vehicle developers. None work in capacities that put them in competition with Tesla, and several said they did not fault Tesla for its approach. Two spoke on the condition of anonymity to avoid angering Tesla, its fans or future clients.

Tesla has issued multiple recalls of the Full Self-Driving Beta, sending remote updates after the software raised concerns with federal auto safety regulators. In October, the company recalled the software for about 12,000 vehicles after an update led cars to begin braking abruptly at highway speeds. Tesla remotely issued a fix.

In late January, Tesla notified regulators it would update the Full Self-Driving Beta to eliminate a “rolling stop” function that allowed cars to proceed through stop signs without fully halting. Last week, The Post reported that owner complaints of unexpected braking, a phenomenon known as “phantom braking,” surged in the period after Tesla eliminated the use of radar to aid its vehicles’ perception.

Tesla test drivers believe they’re on a mission to make driving safer for everyone. Skeptics say they’re a safety hazard.
To further understand how the technology operates, The Post turned to videos showing the system in action. In interviews, most of the drivers who posted the videos said they did so to showcase the car’s cutting-edge capabilities. The car’s mistakes, they said, serve not as evidence of insurmountable limitations, but instead as mile markers to document progress.
Click to expand... 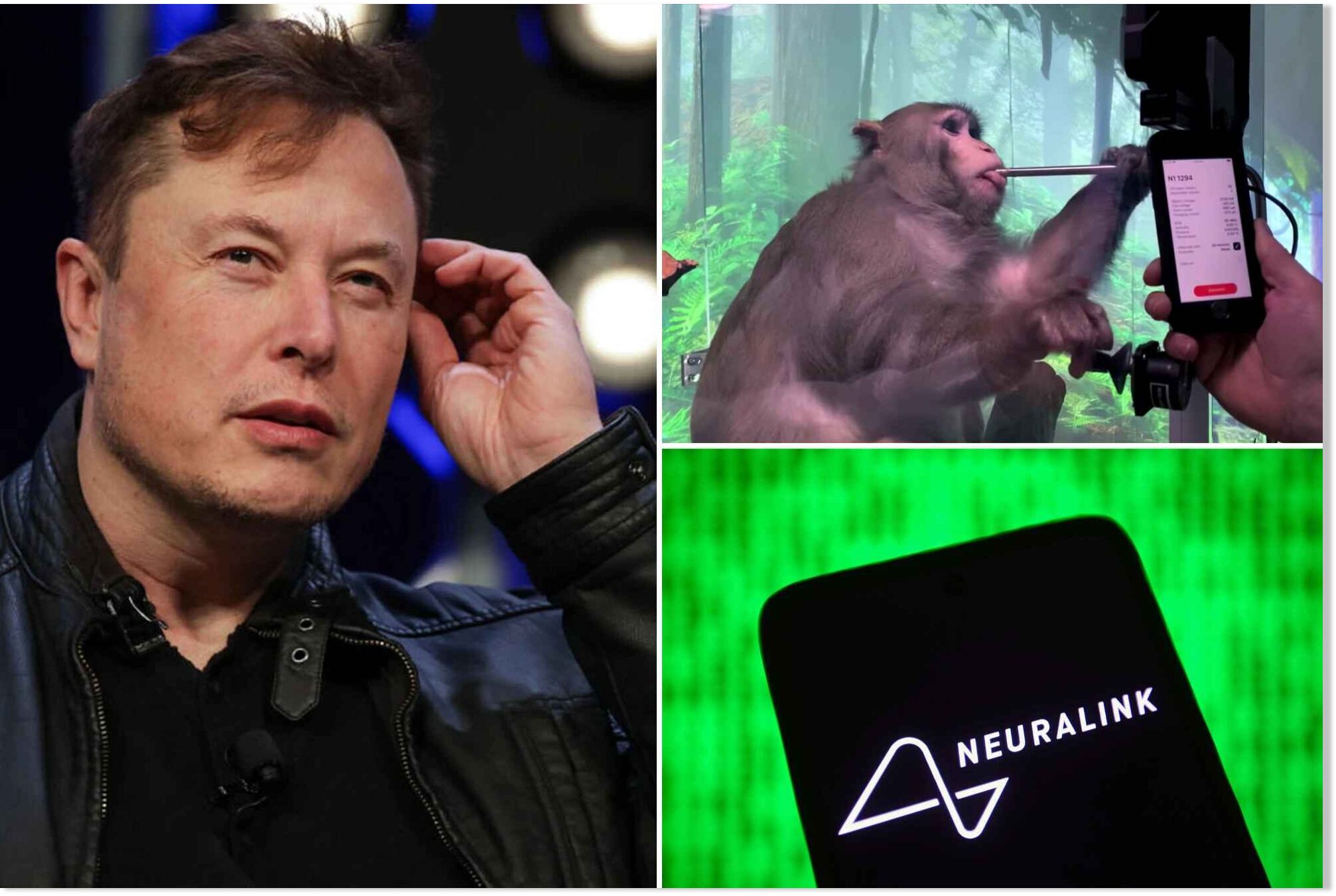 Elon Musk's brain-chip company Neuralink is facing a legal challenge from an animal rights group that has accused the company of subjecting monkeys to "extreme suffering" during years of gruesome experiments. Neuralink's brain chips — which Musk...

In one example, a monkey was allegedly found missing some of its fingers and toes "possibly from self-mutilation or some other unspecified trauma." The monkey was later killed during a "terminal procedure," the group said in a copy of the complaint shared with The Post.

In another case, a monkey had holes drilled in its skull and electrodes implanted into its brain, then allegedly developed a bloody skin infection and had to be euthanized, according to the complaint.

In a third instance, a female macaque monkey had electrodes implanted into its brain, then was overcome with vomiting, retching and gasping. Days later, researchers wrote that the animal "appeared to collapse from exhaustion/fatigue" and was subsequently euthanized. An autopsy then showed the monkey had suffered from a brain hemorrhage, according to the report.
Click to expand...

FOTCM Member
Elon Musk keeps disappointing his fan base. Which he probably doesn't care about.

FOTCM Member
Word on SM is that Elon has heired more lawyers and some that represent Trumps legal team. Elon Musk loves the lime light.

The billionaire CEO of Tesla, SpaceX and Starlink, Elon Musk, has given Ukraine an advantage in its war with Russia that is paying dividends.

Aerorozvidka (Aerial Reconnaissance) has been used by Ukraine to attack Russian drones and target the tanks and track down their positions since February 24, The Daily Mail reported.

Drones used in the field are able to use the newly available Starlink to keep connected and provide intelligence as internet and power outages plague Ukraine.

With the technology, the drones can be directed to drop anti-tank munitions to help ward off the Russian attack.

The Ukrainians are also enlisting the help of PD-1 unmanned aerial vehicles fitted with infrared sensors. With a wingspan of 10ft, the vehicles are being used to collect vital information on the movements of Russian troops.

The Ukrainian drone unit uses a ‘Delta’ system, which has been perfected in recent years with the help of Western advisers.
It can be accessed by basic laptops, and has a ‘situational awareness’ software installed which creates an interactive map using images from drones, satellites, human intelligence and sensors to build a physical picture to help in tracking the enemy.

It is said to be on par with what NATO uses and has been helped by Western nations. The United States is said to have spent millions of dollars to protect it from Russian hacking.

Musk provided the Starlink equipment after a request from Mykhailo Fedorov, Ukraine’s vice-prime minister, who thanked him for his assistance.

“Starlink — here,” Vice Prime Minister of Ukraine Mykhailo Fedorov said in a tweet with an attached picture of the Internet communications equipment. “Thanks, @elonmusk.”
Click to expand... 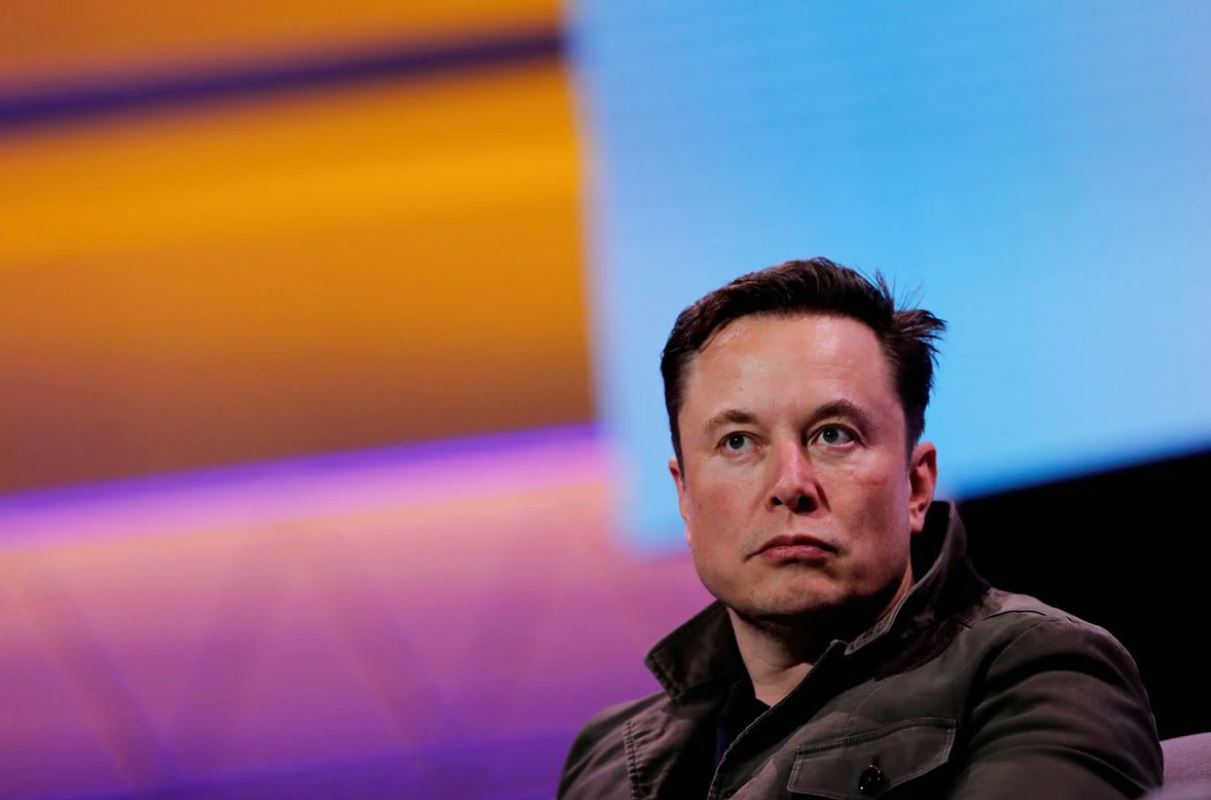 Tesla Inc (TSLA.O) Chief Executive Officer Elon Musk said on Sunday the US electric carmaker and his rocket company SpaceX are facing significant inflationary pressure in raw materials and logistics. Musk in a tweet also asked about inflation rate outlook and said his companies "are not alone"...

Tesla and SpaceX are at the center of discussions, with some lawmakers fearing Beijing could access secrets.
Brody Mullins and Susan Pulliam
March 20, 2022 05:33 am ET Appeared in the Mar 21, 2022 , print edition as 'Musk’s China Entanglements Draw Concerns in
Washington' 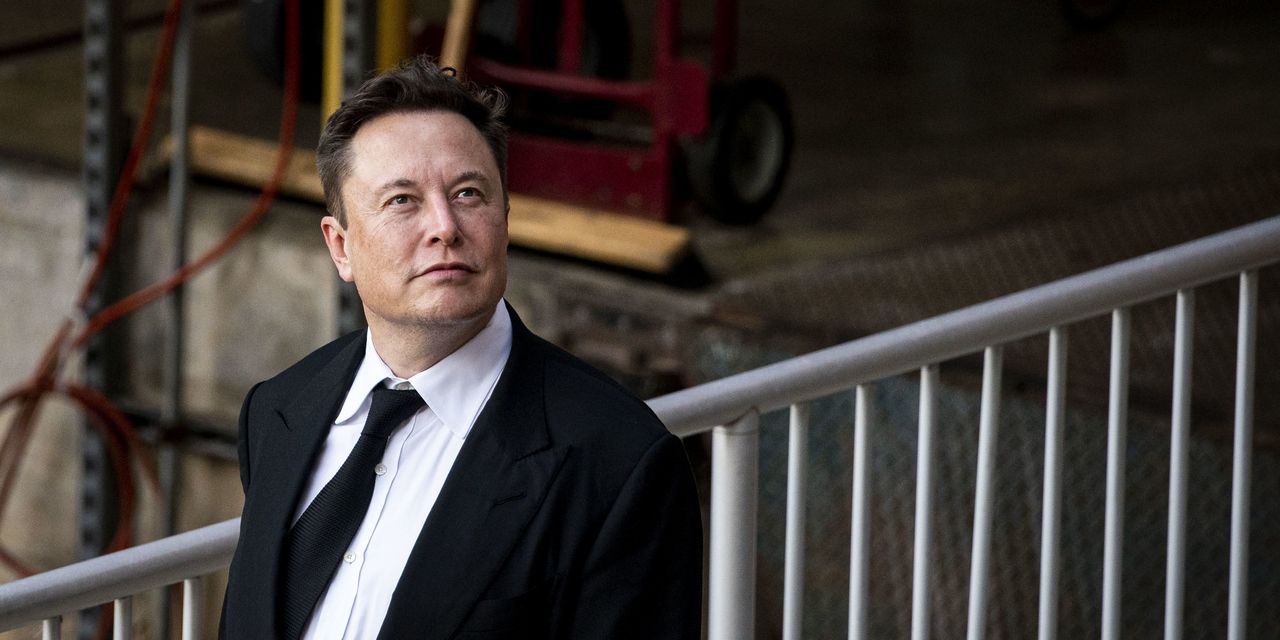 The Tesla CEO now rents in Texas after selling his California homes to Unlimint founder Kirill Evstratov, Chinese billionaire William Ding and others.

www.wsj.com
By Nancy Keates Updated Mar. 10, 2022 10:58 am ET
It’s been almost two years since Elon Musk announced a plan to sell nearly all of his physical possessions, including his real estate, by tweeting “Will own no house” on May 1, 2020. The billionaire Tesla Inc. and SpaceX CEO has finally unloaded all seven of the houses he once owned in California.

When The Wall Street Journal first reported on his portfolio back in 2019, Mr. Musk, and limited-liability companies tied to him, had amassed a cluster of six houses on two streets in the “lower” and “mid” areas of the Los Angeles neighborhood of Bel-Air, a celebrity-filled, leafy enclave near the Hotel Bel-Air. He also owned a grand, 100-year-old estate in Northern California in Hillsborough. He purchased the homes between December 2012 and January 2019 for a total of $102 million.

bjorn said:
If this is correct, then the idea that Starlink could ever be profitable is laughable. I wonder if Starlink serves some other purpose that they don't tell us about.

And there it is:

Elon Musk's satellites connect Ukrainians to the internet as what was first conceived as a civilian program. Now Starlink is helping Ukraine's military conduct strikes on Russian tanks and positions where infrastructure is damaged and or no internet connection.
Click to expand...

Although, don't believe the hype. Starlink isn't making a difference. Not one bit.

In addition to anti-satellite missiles, there is also the S500/550, and Russia is also capable of jamming satellites. If necessary, those 2000 Starlink satellites are all easy targets.

FOTCM Member
This is an interesting move, Musk is now Twitter's largest shareholder. Last month, he stated that he wanted to start his own social media platform because he believes Twitter does not adhere to "the principles of freedom of expression." He's right.