FOTCM Member
Apartheid and quarantine camps are rampant but we still have this BS. The Left sees racism everywhere except where it really is.

FOTCM Member
But the corona pas is perfectly fine. 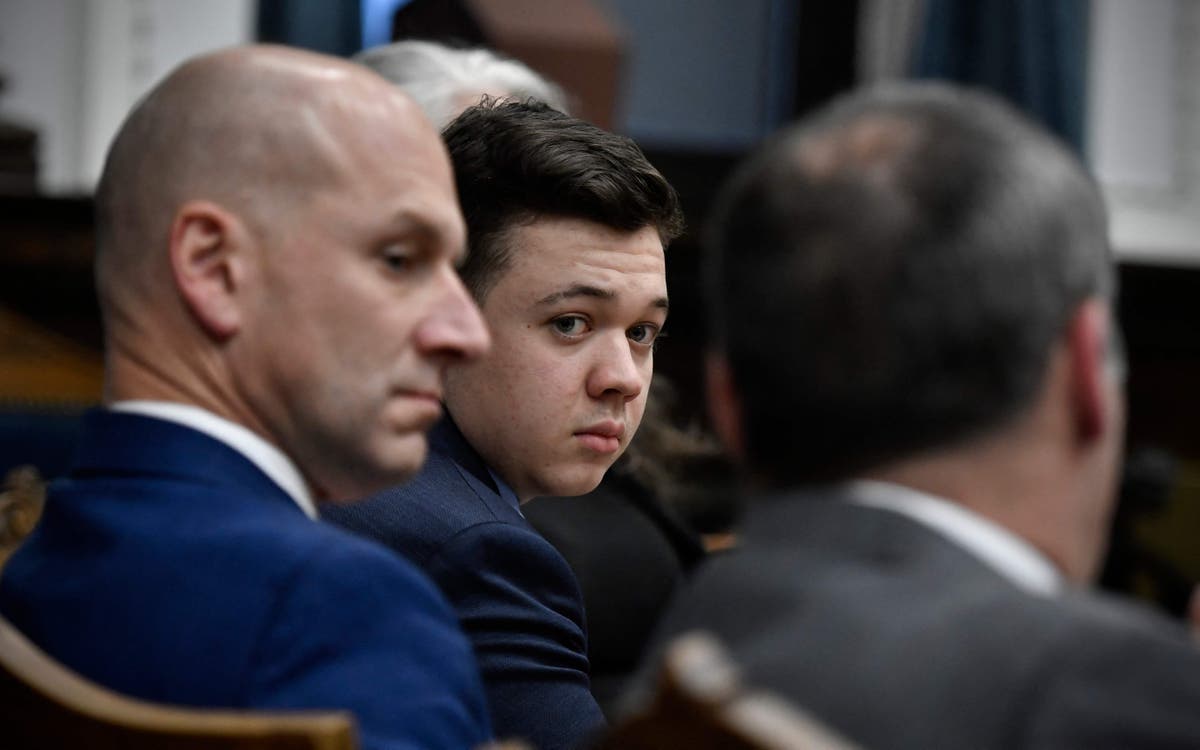 
The jurors in the homicide trial of Kyle Rittenhouse ended the second day of deliberation without reaching a verdict in the case. They reviewed several key pieces of video evidence that traced the shootings in Kenosha on 25 August 2020 and will return to the courthouse on Thursday to begin the third day of deliberations.

Meanwhile, Republican representative Matt Gaetz said he hopes that Mr Rittenhouse gets a “not guilty verdict” and suggested he wanted to hire the accused as a congressional intern.


Mr Rittenhouse, 18, is facing five felony charges for shooting three men in the aftermath of police brutality protests that night. The most serious charges are first-degree homicide for the deaths of Joseph Rosenbaum and Anthony Huber.

Defence attorneys called for a mistrial a second time on 17 November, as Mr Rittenhouse’s legal team objected to one piece of video evidence following a series of arguments about technology used to transfer and review video files.

Earlier this week, attorneys filed a motion for a mistrial with prejudice – which would mean Mr Rittenhouse cannot be tried again on the same charges – after objecting to a line of questioning from state prosecutors in cross-examination against Mr Rittenhouse during last week’s proceedings.

But the BLM/Antifa mob will be out for blood tonight.

Great thread here and the comments are remarkable

There may be hope for us yet.

Very good summary of the verdict by Bill Whittle, 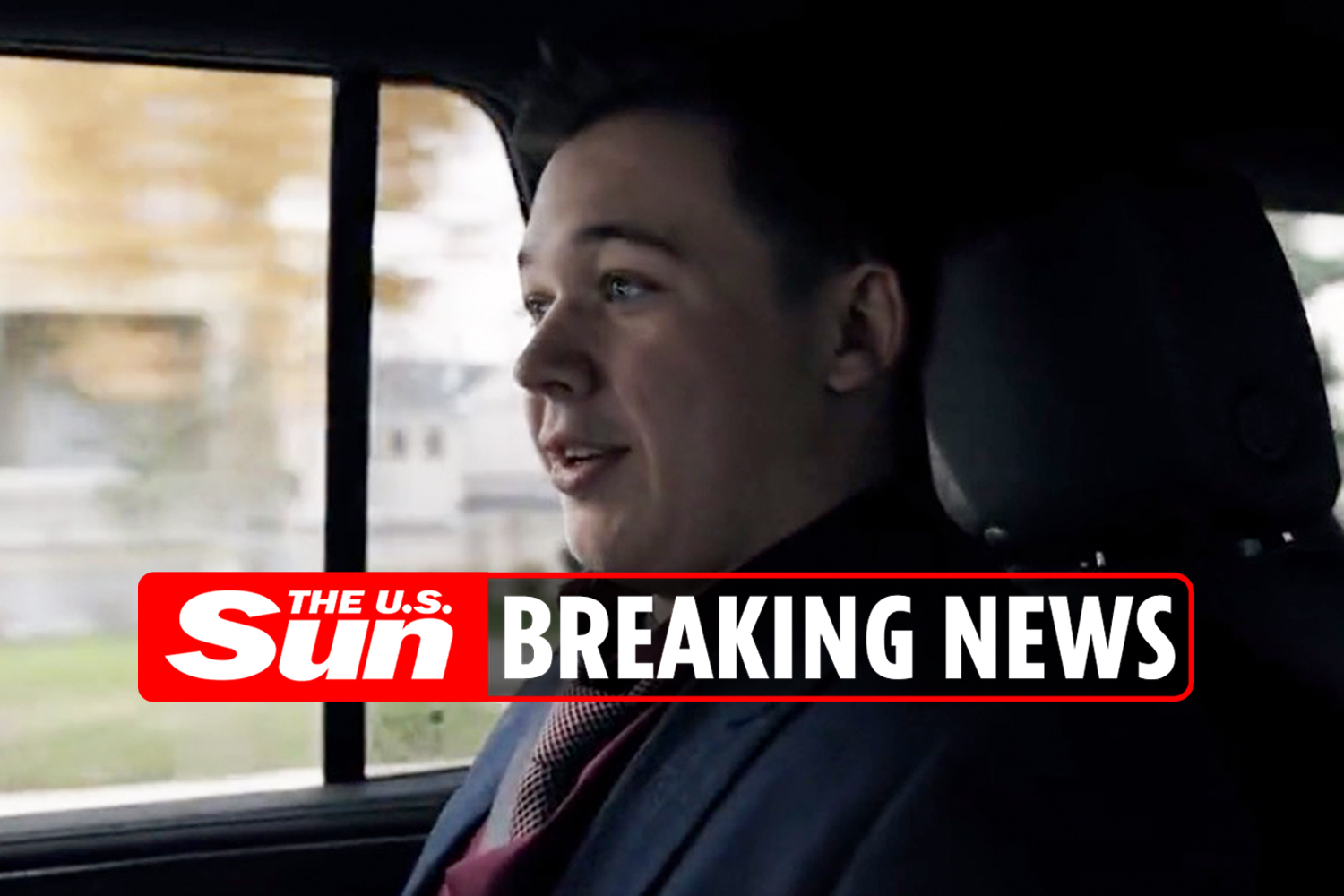 Rittenhouse breaks his silence & insists 'self defense is not illegal'

KYLE Rittenhouse broke his silence, saying “self-defense is not illegal,” for the first time after he was found not guilty on all counts for fatally shooting two people in Kenosha. A ju…

SOTTREADER said:
I think this is a good story on what the west offers compared to other parts of the world.

I think sports more than anything shows the value of equality of opportunity, more so than any other arena, only because in sports, it's easier to see and judge talent and these athletes live in the public sphere.

In academia or business etc, as these environments are usually private, talent etc aren't so visible publicly and so there's a higher potential for cries of discrimination in the form of limited opportunities.

In any case, I've come across a story that to me just shows what the west offers compared to others which is overlooked by SJWs etc.

So there's this kid, Canadians might know him, he's a football player called Alphonso Davies. He was born in a refugee camp in Ghana to Liberian parents. He spent the first 5 years of his life in this refugee camp before his parents went to Canada. His parents openly admit they went to Canada in search of a better opportunity for their family's future.

Anyways, they land in a new place and they get to work settling in. Alphonso starts to play football and this is where he finds himself, he makes friends and most importantly, he picks up a mentor. This Canadian coach takes it upon himself to help him e.g. drive him to and from practise, give his parents advise etc. He essentially becomes a mentor, a friend, a coach and to some extent a family member to this young fledgling talent. He's now his manager btw!

It becomes apparent quite quickly that Alphonso has talent, which coupled with his good attitude, respect for elders, being a good listener and knowing where he came from and the value of opportunities he now has, he doubled down on his efforts.

A professional Canadian club comes calling and picks him up at around 14 but he has to move to Vancouver which means he'd have to leave home. His parents initially refuse but Alphonso and his mentor convince them otherwise and off he goes to join the junior team of this club. 1 year later he debuts for the senior team and goes to establish himself as a key player. At 17 he gains Canadian citizenship and is added to the national team on that very same day.

Then his big break comes, last year his parents are approached and told that a big European club wants to sign their son.

Bayern Munich all the way from Germany come pick him up for a record transfer fee in Canada, splashing 10 million on a now 18 year old Alphonso.

This guy rocks up to Munich, fresh faced and surrounded by truly world class players. In Munich, they tell him they want him to train to play a different position than what he's used to... They want him to play left back as opposed to left wing. Guy has a good attitude (his strongest quality next to his talent) and adapts... Mind you in that position for Munich, they already have the best left back in the world (David Alaba) and also they bought a French world cup winning left back for 80 million euros no less! (Lucas Hernandez) So really, it wasn't realistic to expect him to become a regular member of the first team squad (he's only 18 after all!).

Anyways, he impresses in training and gets a few cameo appearances where he continues to impress. Soon Lucas Hernandez gets injured and Bayern are put in a position where they have to experiment with the backline. They push Alaba to centre back and trust Alphonso with left back.

That was it, end of story - this guy has now gone to become a key member of the squad and is expected to become the best in his position in the world if he continues the way he has thus far - btw, he's now only 19!!!

I mean cmon, where else in the world would such a story happen other than the west?

Here is a little documentary on his story:


Here is a highlight reel


And the guy obviously being young and from growing in Canada is a bit of a goofball (good attitude though), has confidence to burn and likes to entertain via social media in his spare time... I like this one, 18 year old, just signed for Munich doing a blog on one of his days out and about...


Obviously this is an extraordinary story, an exception rather than the rule but I think such stories wouldn't happen if racism was as they say it is.
Click to expand...

Our man took the vax, got covid and now has heart issues

Below are some of the pictures from my experiences while visiting CHAZ in Seattle during the protests of 2020.

Man was that wild.. Felt like I was living in a movie at times.
When I heard about it break on the news, and heard that it was labeled “the most dangerous place in America”, I quit my job that day, packed about a weeks worth of clothes, climbed on a plane, and flew 3000+ miles across the United States and was there by the next evening. I wanted to see this for myself, so I spent about a week within the “autonomous” zone.

I don’t know why I’m like this. So don’t ask me. I’m stubbornly adventurous at times, and I like to witness history in real time. I’m an observer and a student. No, I didn’t participate in the rioting. Yes, I did listen to the messages of a very emotionally charged peoples. And to be completely honest with you, I learned many things while being there.

(By the way, I live in Alabama, and my home city—on an average Saturday night—felt more threatening than my time spent there. The media blew this place all out of proportion. Almost nothing reported in almost all of the media was an accurate depiction of what happened. I was there. I witnessed it.)

ChazeK said:
Almost nothing reported in almost all of the media was an accurate depiction of what happened. I was there. I witnessed it.)
Click to expand...

I would love to hear your perceptions of what was really going on. My understanding of it is that it was a gang's fiefdom.

Kyle Rittenhouse To Sue Whoopi Goldberg, Other 'Celebrities, Politicians And Athletes' For Calling Him A Murderer | ZeroHedge

Rittenhouse has stepped up his self-defense game. What a guy.

Rittenhouse, who killed two men and wounded a third in self-defense after being pursued during an anti-police protest, told Fox News' Tucker Carlson that he wants to hold major media and entertainment figures accountable - starting with talk show host Whoopie Goldberg.

"We are looking at quite a few politicians, celebrities, athletes, Whoopi Goldberg is on the list. She called me a murderer after I was acquitted by a jury of my peers. She went on to still say that, and there's others," said Rittenhouse, adding that Cenk Uygur of the Young Turks 'continues to call me a murderer.'

"My trial exposed a deep corruption in our media that cannot go unanswered. Their blatant lies, defamation, and propaganda were malicious attempts to tear our nation apart and destroy my life — and I am committed to holding them accountable ... Me and my team have decided to launch The Media Accountability Project as a tool to help fundraise and hold the media accountable for the lies they said and deal with them in court." -Kyle Rittennouse
Click to expand...